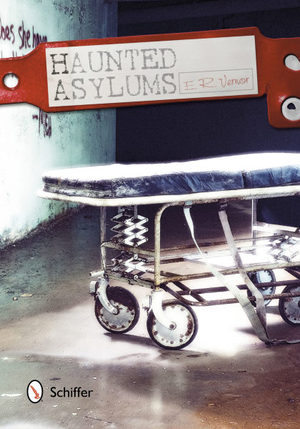 E. R. Vernor - Haunted ​Asylums
Go ​behind the barbed wire and explore the many sanitariums or asylums that were intended to help the mentally ill but only contributed to their afflictions. Learn the history behind the infamous Riverside patient Mary Mallon, also known as "Typhoid Mary." Get spooked by the gothic and foreboding buildings at Danvers State Hospital in Danvers, Massachusetts, which became both the inspiration and the filming location for the movie Session 9, and Oregon State Hospital, where Jack Nicholson's famous One Flew Over the Coco's Nest was filmed. Today, these abandoned state institutions have been converted into other uses or remain in shambles, but the ghosts of their pasts linger. The author, also known by the pen name Corvis Nocturnum, explores these reputedly haunted asylums and others all the world over. Join him...if you dare.