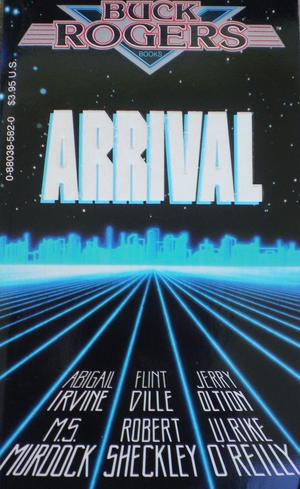 Flint Dille - Robert Sheckley - Jerry Oltion - Abigail Irvine - Ulrike O'Reilly - M. S. Murdock - Arrival
AD ​1995: An American pilot flies a suicide mission against an enemy space defense platform to save the world from nuclear war. Anthony 'Buck' Rogers blasts his target and vanishes in a fiery blaze of glory. AD 2456: The legend of Buck Rogers lives on in a colonized solar system where Earth is a polluted ruin whose meager resources are exploited by an evil corporation from Mars. Now all that stands between Earth and destruction is a small band of freedom fighters. Some call them terrorists. They call themselves NEO, the New Earth Organization. In the midst of this 25th century battlefield an artifact is discovered in the asteroid belt - one that is valuable enough to ignite a revolution, be a bargaining chip in solar diplomacy, or bring a fortune to its owner. The artifact is none other than the perfectly preserved body of the 20th century hero, Buck Rogers. Everyone wants it. But no one knows its secret.

Jerry Oltion - Alliance
Derec ​has restored the original Robot City, but his mother's creations--three, shapechanging robots--threaten to destroy the city his father built. They urge the other robots not to obey Derec's or Dr. Avery's orders. Can they disobey the Three Laws of Robotics? A robot revolution hangs in the balance. 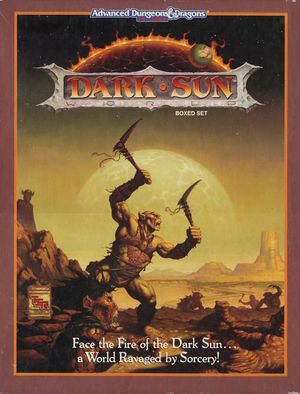 Timothy Brown - Troy Denning - Jerry Oltion - Dark ​Sun Boxed Set
Amid ​the barren wastelands of Athas lie the scattered city-states, each in the grip of its own, tyrannical sorcerer-king. Protecting their own positions with dark magic, they demand absolute obedience. The restless mobs are placated with bread and circuses -- the arenas overflow with spectators seeking release from their harsh lives. The land outside the cities belong to no one. Savage elves race across the deserts while insectoid Thri-Kreen satisfy their taste for blood. Dwarves labor at projects beyond the scope of men, and feral halflings lie in ambush. Athas is a land of deadly magic and powerful psionics that offers promise of glory or even of survival. Those who do not have the cunning to face life on Athas will surely perish - leaving nothing but bones bleached white under the blistering rays of the DARK SUN. On the sands of Athas you'll face - Three new PC races! - Muls - half-dwarf, half-human; specially bred for combat! - Thri-Kreen - the savage mantis-warriors of the Barrens! - Half-giants - bred for tremendous size and strength - Three new PC classes! - Gladiators - heroes of the arenas, the ultimate warriors! - Templars - Wicked priests who serve the sorcerer-kings! - Defilers - wizards whose powers drain the life around them! - More powerful PC's - All Dark Sun game characters begin at 3rd level! - Ability scores that can go as high as 24! - All PC's have one or more psionic powers! - The new character tree allows players to advance many characters at once! 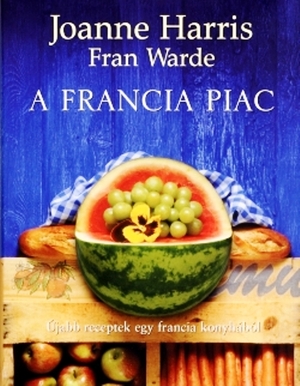