Chris Baty - The ​NaNoLand Chronicles
A ​collection of six fables by NaNoWriMo founder Chris Baty, designed to warm the heart, embolden the noveling soul, and radically transform the general public's understanding of muskrats, sprout farmers, and the dangers of tea-oversteeping. Back in 2004, Chris decided to supplement the November pep talks he emailed to participants with some fables which would illustrate the counterintuitive joys of high-speed noveling. Set in a Medieval realm called NaNoLand, the stories followed a feudal lord (and self-taught anthropologist) named Iddeus and his none-too-bright servant, Kevin. Each week, the duo would explore a new mystery in the realm. Through their investigations, Iddeus and Kevin learned something about human nature, and the reader was sneakily offered another reason why writing a novel in a month was not nearly the horrible idea it seemed on the surface. Or that was the way it was supposed to work. Unfortunately, Chris was so frightened of beating his readers over the head with the moral of each story that he often buried those morals so deeply that even he had trouble finding them. That impenetrability—coupled with Chris' tendency to re-route each Chronicle so that it might contain a maximum number of muskrats—made the tales somewhat less effective than they might have been. Firmly believing that the tales could have a great impact if they made sense, Chris completely rewrote all of them in 2007, and penned two new ones, "The Ocean-Swimming Instructors," and "The Hut-Building Contest of Monocle." Illustrated by Lindy Groening, this collection contains all six tales, spread out over 60 wee pages of irresistible booklet-ness. The NaNoLand Chronicles: Bedtime Stories for Wrimos will warm your heart, inspire your noveling, and reaffirm the greatest lesson of all: In writing, as in life, you can sometimes have too many muskrats, but you can never have too much fun. 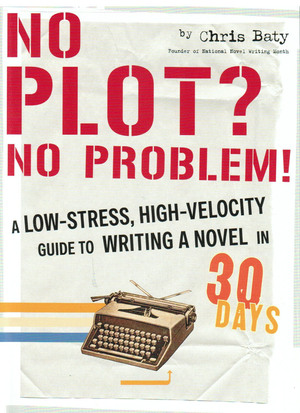 No ​Plot? No Problem! Chris Baty
2

Chris Baty - No ​Plot? No Problem!
Chris ​Baty, motivator extraordinaire and instigator of a wildly successful writing revolution, spells out the secrets of writing -- and finishing -- a novel. Every fall, thousands of people sign up for National Novel Writing Month (NaNoWriMo), which Baty founded, determined to (a) write that novel or (b) finish that novel in -- kid you not -- 30 days. Now Baty puts pen to paper himself to share the secrets of success. With week-specific overviews, pep "talks," and essential survival tips for today's word warriors, this results-oriented, quick-fix strategy is perfect for people who want to nurture their inner artist and then hit print! Anecdotes and success stories from NaNoWriMo winners will inspire writers from the heralding you-can-do-it trumpet blasts of day one to the champagne toasts of day thirty. Whether it's a resource for those taking part in the official NaNo WriMo event, or a stand-alone handbook for writing to come, No Plot? No Problem! is the ultimate guide for would-be writers (or those with writer's block) to cultivate their creative selves. 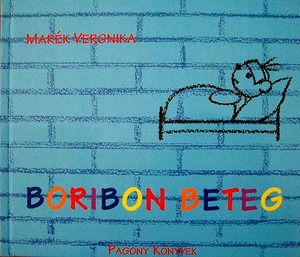