Tim Vicary - The ​Everest Story (Oxford Bookworms)
It ​is beautiful to look at, hard to reach, and terribly difficult to climb. Winds of 200 kilometres per hour or more scream across it day and night, while the temperature falls to -20 °C or lower. Every year, some who try to climb the highest mountain in the world do not return. But for a century people have been coming to climb Everest - some alone, some in groups, but all with a dream of going to the highest place in the world. This is their story. 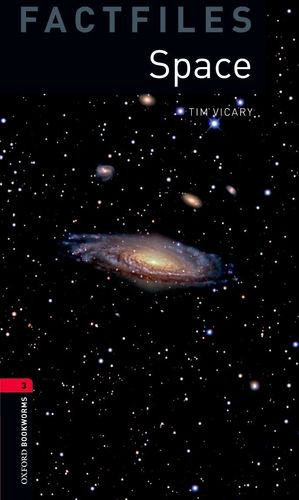 Tim Vicary - Space ​(Oxford Bookworms)
Is ​there anyone who has not looked at the dark sky, and the shining points of light above us, and asked themselves questions about what is out there? Where did our planet come from? When did the universe begin? Could we live on another planet? And one question above all - is there life anywhere else in space? Begin a journey into space - where spacecraft travel at thousands of kilometres an hour, temperatures are millions of degrees, and a planet may be hard rock - or a ball of gas. In space, everything is extraordinary... 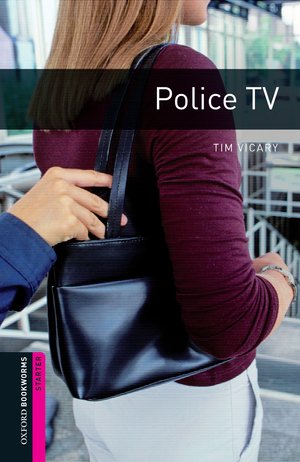 Tim Vicary - Police ​TV (Oxford Bookworms)
'Every ​day someone steals money from people near the shops. We must stop this,' says Dan, a police officer. The police use TV cameras but it is not easy because there are so many suspects - who is the robber? 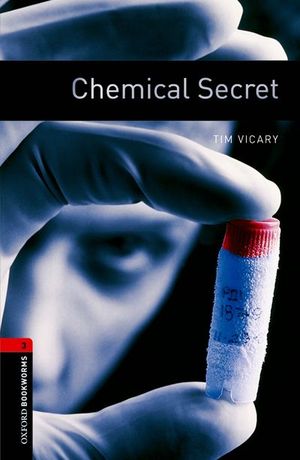 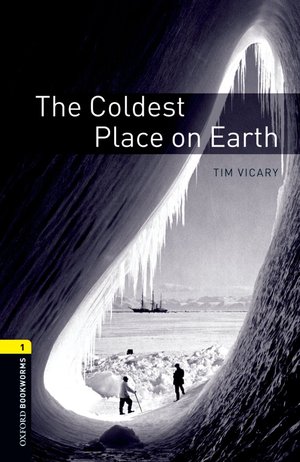 Tim Vicary - The ​Coldest Place on Earth (Oxford Bookworms)
In ​the summer of 1910, a race began. A race to be the first man at the South Pole, in Antarctica. Robert Falcon Scott, an Englishman, left London in his ship, the Terra Nova, and began the long journey south. Five days later, another ship also began to travel south. And on this ship was Roald Amundsen, a Norwegian. But Antarctica is the coldest piace on earth, and it is a long, hard journey over the ice to the South Pole. Some of the travellers never returned to their homes again. This is the story of Scott and Amundsen, and of one of the most famous and dangerous races in history. 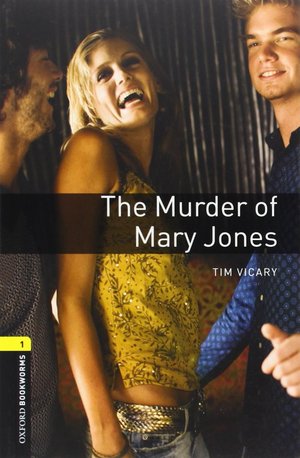 Tim Vicary - The ​Murder of Mary Jones (Oxford Bookworms)
At ​the start of this play, the court room is full for today's trial. Two young men, Simon Clark and Dan Smith, stand up. The clerk asks, 'Are you guilty of the murder of Mary Jones?' 'Not guilty!' they reply. But perhaps they are guilty. The police found the murder weapon in their stolen car, and there was blood on Simon's face. If the court finds them guilty, they will go to prison for a very long time. Can the lawyers find out the truth, by asking the right questions? Everyone in court wants to know who murdered Mary Jones, especially her mother, and her boyfriend, Jim. You can help to find the answer, too! 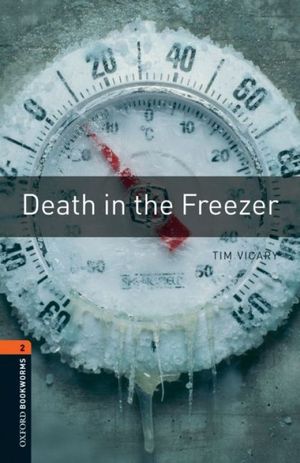 Tim Vicary - Death ​in the Freezer (Oxford Bookworms)
Ellen ​Shore's family is an ordinary American family, and Ellen is six years old when her brother Al is born. Her parents are very pleased to have a son, but Ellen is not pleased, because now baby Al comes first. And when they are adults, Al still comes first. He begins a rock band and makes records. Soon he is rich and famous -very rich, but he gives nothing to his sister Ellen. She has a difficult life, with three young kids and very little money. And she learns to hate her rich, famous, unkind brother... 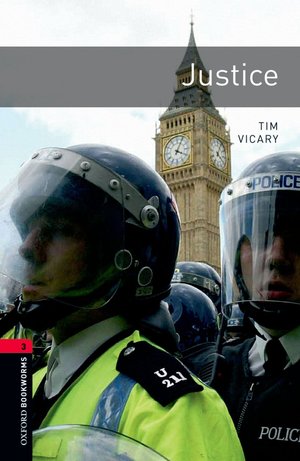 Tim Vicary - Justice ​(Oxford Bookworms)
London: ​November. Terrorists blow up the Queen's coach outside Parliament. The Queen escapes, but five people are killed, and forty others badly hurt - ordinary, innocent people, like Alan Cole, the Queen's coachman, who loses his leg in the bombing. And for Alan and his daughter Jane there is more terror to come, in the search for the truth behind the bombing. Will the terrorists be caught and brought to justice? But what kind of justice? What can give Alan Cole his leg back, or give life back to people who have been blown to pieces by a bomb? 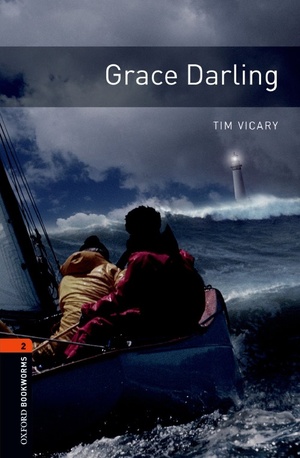 Tim Vicary - Grace ​Darling (Oxford Bookworms)
AH ​they could hear was the wind, and the waves crashing on to the rocks. ALL they could see was the night. They could not see the ship, broken in two. They could not see the people holding on to the dark wet rock, slowly dying of cold. And they could not hear the cries for help - only the wind. How could they save the people on the rock? Was their wooden boat stronger than the iron ship? Were a man and his daughter stronger than the great waves that broke the ship in two? The Forfarshire was wrecked off the north-east coast of England in 1838. This is the true story of Grace Darling - a girl who became a famous heroine on that stormy night. 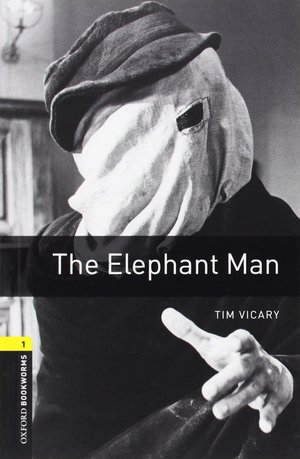 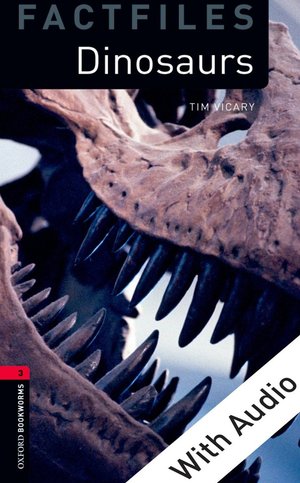 Tim Vicary - Christine Lindop - Dinosaurs ​(Oxford Bookworms)
Imagine ​an animal with teeth as big as bananas - and a brain as big as an orange. Or a flying animal with wings as wide as a small plane. Think about a tail that could knock a man's head off, or a mouth with hundreds of teeth. Is it any surprise that people are interested in dinosaurs? Nobody has ever seen a living dinosaur, but millions of us go every year to stare at the bones of these enormous animals. In books, films and games, we can't get enough of the secrets of the dinosaur world ...

Tim Vicary - Titanic ​(Oxford Bookworms)
On ​a quiet sea, the biggest ship in the world is waiting. There is no noise from the engines. Up in the night sky there are hundreds of stars. Behind the ship, an iceberg - a great mountain of ice - goes slowly away into the black night. In the beautiful first-class rooms, rich passengers eat and listen to music. Down in the third-class cabins, families sleep. An exciting new life is waiting for them in America. But for many of the people in this small 'city on the sea', this is their last night alive... 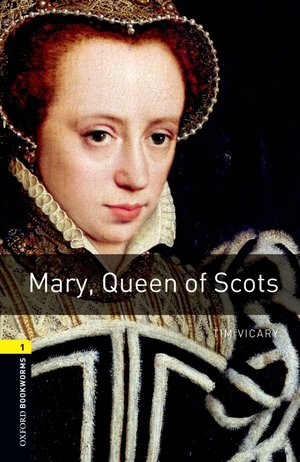 Tim Vicary - Mary, ​Queen of Scots (Oxford Bookworms)
England ​and Scotland in the 1500s. Two famous queens - Mary, the Catholic Queen of Scots, and Elizabeth I, the Protestant Queen of England. It was an exciting and a dangerous time to be alive, and to be a queen. Mary was Queen of Scotland when she was one week old. At sixteen, she was also Queen of France. She was tall and beautiful, with red-gold hair. Many men loved her and died for her. But she also had many enemies - men who said: 'The death of Mary is the life of Elizabeth.' 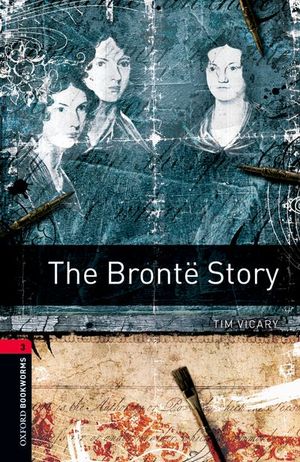 Tim Vicary - The ​Brontë Story (Oxford Bookworms)
On ​a September day in 1821, in the church of a Yorkshire village, a man and six children stood around a grave. They were burying a woman: the man's wife, the children's mother. The children were all very young, and within a few years the two oldest were dead, too. Close to the wild beauty of the Yorkshire moors, the father brought up his young family. Who had heard of the Brontës of Haworth then? Branwell died young, but his sisters became famous writers. But they did not live to grow old or to enjoy their fame. Only their father was left, alone with his memories. 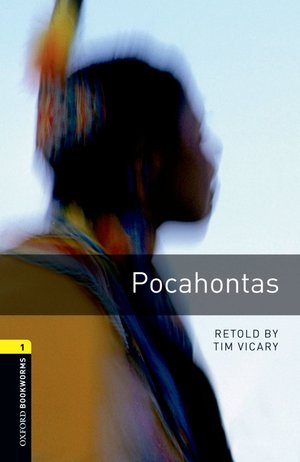 Tim Vicary - Pocahontas ​(Oxford Bookworms)
A ​beautiful young Indian girl and a brave Englishman. A friendly smile, a laugh, a look of love. But this is America in 1607, and love is not easy. The girl is the daughter of King Powhatan, and the Englishman is a white man. And the Indians of Virginia do not want the white men in their beautiful country. This is the famous story of Pocahontas, and her love for the Englishman John Smith. 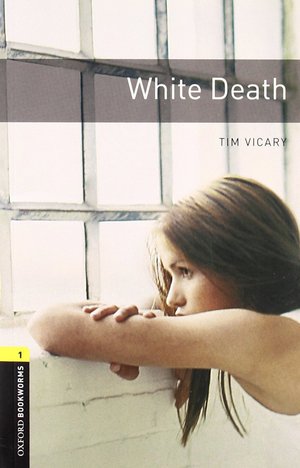 Tim Vicary - White ​Death (Oxford Bookworms)
White ​Death - Sarah Harland is nineteen, and she is in prison. At the airport, they find heroin in her bag. So, now she is waiting to go to court. If the court decides that it was her heroin, then she must die. She says she did not do it. But if she did not, who did? Only two people can help Sarah: her mother, and an old boyfriend who does not love her now. Can they work together? Can they find the real criminal before it is too late? (Word count 6,600) 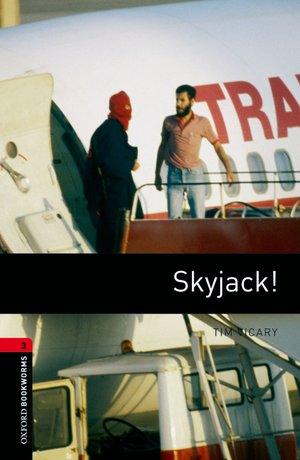 Tim Vicary - Mutiny ​on the Bounty (Oxford Bookworms)
It ​is night in the south seas near Tahiti, and the ship HMS Bounty has begun the long voyage home to England. But the sailors on the ship are angry men, and they have swords and guns. They pull the captain out of bed and take him up on deck. He tries to run, but a sailor holds a knife to his neck. 'Do that again, Captain Bligh, and you're a dead man!' he says. The mutiny on the Bounty happened in April, 1789. This is the true story of Captain Bligh and Fletcher Christian, and the ship that never came home to England. 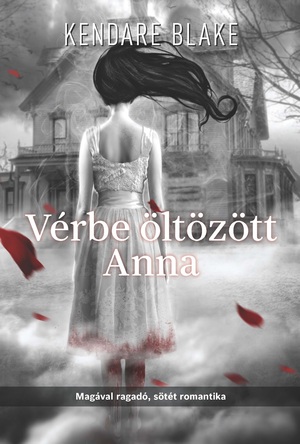