The ​Last of the Crazy People Timothy Findley
0

Timothy Findley - The ​Last of the Crazy People
The ​Last of the Crazy People is Timothy Findley’s first novel, the compelling story of an eleven-year-old boy’s private world of bewilderment and conflict. His mother won’t leave her room, his adored older brother is drinking, and his father is obsessed with the family’s disintegration, but seems unable to fix it. Left to himself, Hooker broods on events -- and takes terrifying steps to end the confusion.

Timothy Findley - Famous ​Last Words
Famous ​Last Words is part-thriller, part-horror story; it is also a meditation on history and the human soul. In the final days of the Second World War, Hugh Selwyn Mauberley scrawls his desperate account on the walls and ceilings of his ice-cold prison high in the Austrian Alps. Officers of the liberating army discover his frozen, disfigured corpse and his astonishing testament - the sordid truth that he alone possessed. Fascinated but horrified, they learn of a dazzling array of characters caught up in a scandal and political corruption.

Timothy Findley - Pilgrim
Ageless, ​sexless, deathless and timeless, Pilgrim has inhabited endless lives and times. On April 15, 1912, he fails to commit suicide, his heart beginning again five hours after he is found hanging from a tree. Admitted to a clinic in Zurich, he begins a battle of psyche with Carl Jung. 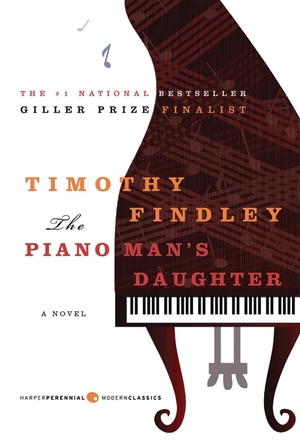 Timothy Findley - The ​Piano Man's Daughter
Narrated ​by Charlie Kilworth, whose birth is an echo of his mother's own illegitimate beginnings, The Piano Man's Daughter is the lyrical, multilayered tale of Charlie's mother, Lily, his grandmother Ede, and their family. Lily is a woman pursued by her own demons, "making off with the matches just when the fires caught hold," "a beautiful, mad genius, first introduced to us singing in her mother's belly." It is also the tale of people who dream in songs, two Irish immigrant families facing a new and uncertain future in turn-of-the-century Toronto. Finally, it is a richly detailed tribute to a golden epoch in our history and of a generation striking the last, haunting chord of innocence. The Piano Man's Daughter is a symphony of wonderful storytelling, unforgettable characters, and a lilting, lingering melody that plays on long after the last page has been turned.

Timothy Findley - The ​Wars
The ​year is 1915, Robert Ross, a young Canadian, enlists as an officer. We follow him from his cloistered home in Toronto to army training in Alberta, the troopship crossing of the Atlantic, the slaughter at Ypres, military leave and romantic attachment in England, and a return to the devastation in Belgium. He is not yet twenty, and the novel chronicles his tangled responses to the new places and people which assail him on both sides of the Atlantic. The psychological pressure of private and public events builds to a tremendous force, and at the climax on the battlefield, Robert commits a desperate "act of madness." But the question is raised: what sort of madness? Protest? Or a resounding affirmation? The novel may focus on one war, but it is also the story of all wars. En route Findley gives us superb cameos of those who surround Robert: his family, his comrades, the animals he responds to so deeply, a flighty heiress in England, and the two delightful women whose memories of Robert help the narrator reconstruct what happened. Findley's scenes remain uncannily in the mind, at times evoking a doomed and comfortable era; at others depicting the humour and the horror of the trenches. The whole book has the immediacy, and impact, of film. It is a miraculous infusion of life into the yellowing photographs and letters we all remember. And at its centre is the compassionate portrait of Robert Ross, a young man whose smouldering inner warfare bursts into flame as he is swept into the most traumatic war in history. The Wars is an elemental novel with a magnificent feel for its period. It is a dazzling and powerful achievement. 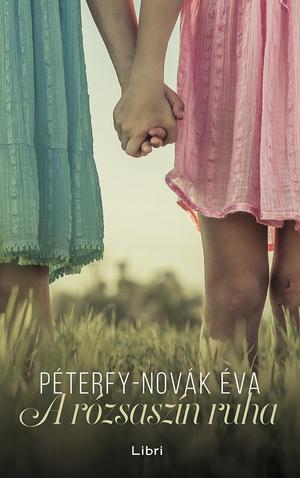