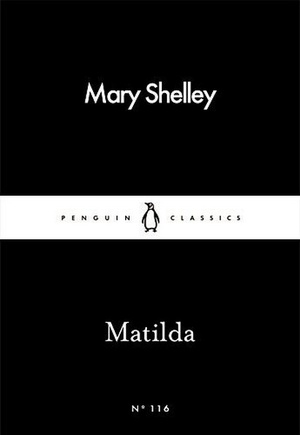 Mary Shelley - Matilda
But ​my father, my beloved and most wretched father... Would he never overcome the fierce passion that now held pitiless dominion over him? With its shocking theme of father-daughter incest, Mary Shelley’s publisher—her father, known for his own subversive books—not only refused to publish Mathilda, he refused to return her only copy of the manuscript, and the work was never published in her lifetime. His suppression of this passionate novella is perhaps understandable—unlike her first book, Frankenstein, written a year earlier, Mathilda uses fantasy to study a far more personal reality. It tells the story of a young woman whose mother died in her childbirth—just as Shelly’s own mother died after hers—and whose relationship with her bereaved father becomes sexually charged as he conflates her with his lost wife, while she becomes involved with a handsome poet. Yet despite characters clearly based on herself, her father, and her husband, the narrator’s emotional and relentlessly self-examining voice lifts the story beyond autobiographical resonance into something more transcendent: a driven tale of a brave woman’s search for love, atonement, and redemption. It took more than a century before the manuscript Mary Shelley gave her father was rediscovered.

Mary Shelley - Frankenstein ​(Heinemann Guided Readers)
This ​is an Elementary Level story in a series of ELT readers comprising a wide range of titles - some original and some simplified - from modern and classic novels, and designed to appeal to all age-groups, tastes and cultures. The books are divided into five levels: Starter Level, with about 300 basic words; Beginner Level (600 basic words); Elementary Level (1100); Intermediate Level (1600); and Upper Level (2200). Some of the titles are also available on cassette. 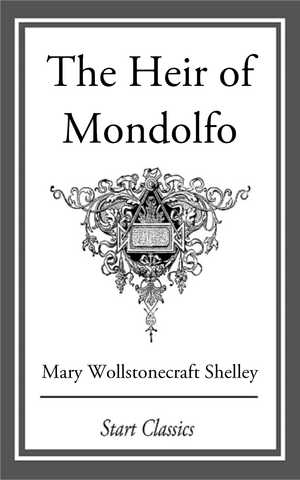 The ​Heir of Mondolfo Mary Shelley
0 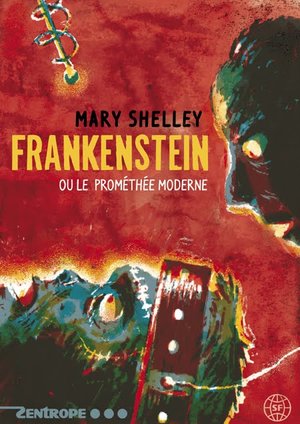 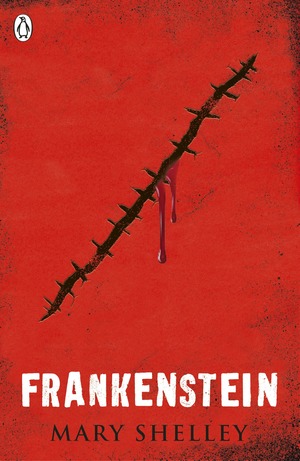 Mary Shelley - Frankenstein ​(Penguin Readers)
Victor ​Frankenstein is a young scientist who creates a hideous living person from the parts of dead bodies. At first the monster looks for love and wants to be kind. But soon his experiences teach him to hate. Will the monster finally destroy his creator? Frankenstein is probably the most famous horror story of all. Mary Shelley wrote it in 1816 when she was only nineteen years old. 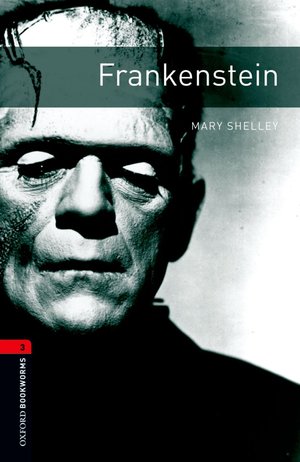 Mary Shelley - Frankenstein ​(Oxford Bookworms)
Victor ​Frankenstein thinks he has found the secret of life. He takes parts from dead people and builds a new man. But this monster is so big and frightening that everyone runs away from him - even Frankenstein himself! The monster is like an enormous baby who needs love. But nobody gives him love, and soon he learns to hate. And, because he is so strong, the next thing he learns is how to kill. 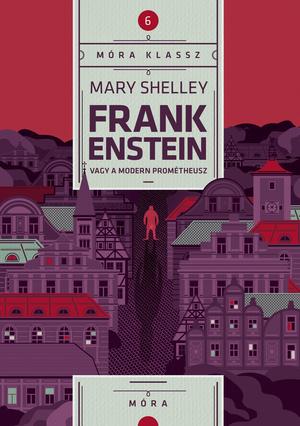 Mary Shelley - Frankenstein ​(Regents Illustrated Classics)
The ​Regents Illustrated Classics series provides highly motivational material for beginning and intermediate ESL students and for native speakers of English who want to develop basic reading skills. Each classic is presented in a fully illustrated format which aids comprehension and actually stimulates the desire to read. The for levels – beginning, low intermediate, and high intermediate – are all based on limited vocabulary and structure lists. Exercises are designed to develop reading strategies and build vocabulary. Mary W. Helley was a British author who lived in the first half of the nineteenth century. Her novel Frankenstein is the story of a brilliant German scientist, Victor Frankenstein, who is so obsessed with his search for the secrets of life and death that he creats a hideous monster. Shunned by all who see him, the lonely creature turns evil. The monster eventually destroys everone the scientist loves. Finally, after a chase through the frozen North, the monster destroys Frankenstein himself. 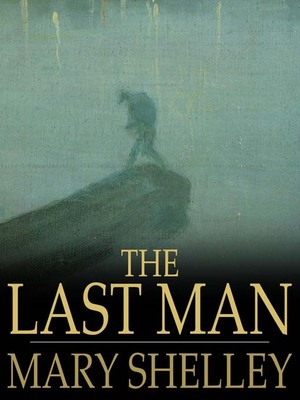 Mary Shelley - The ​Last Man
The ​Last Man is Mary Shelley's apocalyptic fantasy of the end of human civilization. Set in the late twenty- first century, the novel unfolds a sombre and pessimistic vision of mankind confronting inevitable destruction. Interwoven with her futuristic theme, Mary Shelley incorporates idealized portraits of Shelley and Byron, yet rejects Romanticism and its faith in art and nature. 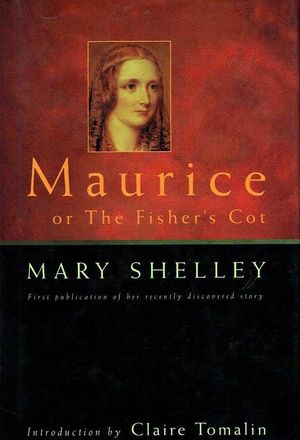 Mary Shelley - Maurice, ​or The Fisher's Cot
In ​November 1997, a slight book sewn together with string was discovered in a palazzo in Italy. This was Maurice, the only children's story ever penned by Mary Shelley. Written two years after Frankenstein, Maurice is often read as a gloss of Shelley's personal family tragedies, bearing the same melancholy that distinguishes all of her works. As Claire Tomalin shows in her compelling introduction, it contributes greatly to the literary and biographical scholarship on this fascinating woman who was a significant writer in her own right as well as the wife of one of the world's greatest romantic poets. Mary Shelley - Frankenstein ​(angol)
"Remarkably, ​a nineteen-year-old, writing her first novel, penned a tale that combines tragedy, morality, social commentary, and a thoughtful examination of the very nature of knowledge", writes Leslie S. Klinger. Mary Shelley's Frankenstein is often reductively dismissed as a monster film or a cautionary tale about experimental science gone haywire. Illuminating every hidden dimension of the "first truly modern myth", Klinger does for Shelley's story of early nineteenth-century horror what he did for Sherlock Holmes, Dracula and H.P. Lovecraft, bringing this gothic tale to nightmarish life by reproducing the original text with the most lavishly illustrated and comprehensively annotated edition to date. 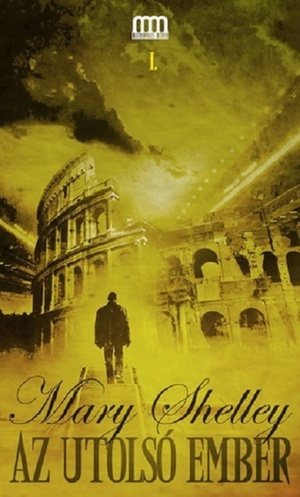 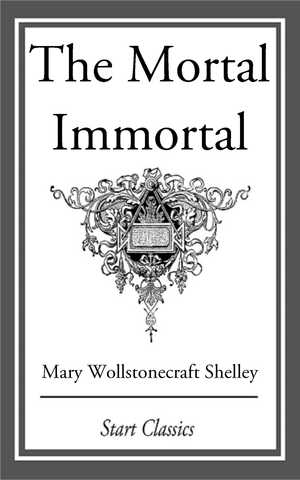 Mary Shelley - The ​Mortal Immortal
Winzy ​becomes immortal after drinking an elixir belonging to his mentor, the alchemist Cornelius Agrippa. His mentor soon dies, as does his one love Bertha. Over the years his health gradually worsens and his mentality comes into question. At the start of the story, the narrator claims more than three hundred and twenty-three years have passed since he drank the elixir at the age of twenty. 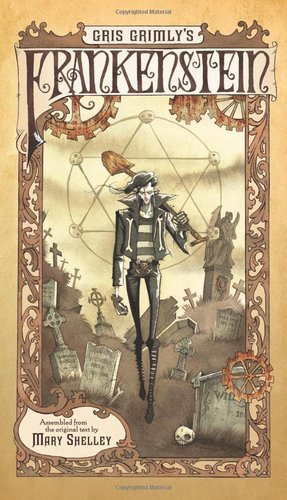 Mary Shelley - Gris Grimly - Gris ​Grimly's Frankenstein
Gris ​Grimly's Frankenstein is a twisted, fresh, and utterly original full-length, full-color graphic-novel adaptation of Mary Shelley's original text, brought to life by acclaimed illustrator Gris Grimly. This is the first fully illustrated version to use the original 1818 text and is destined to capture the imagination of those new to the story as well as those who know it well. New York Times bestselling illustrator Gris Grimly has long considered Frankenstein to be one of his chief inspirations. From the bones and flesh of the original, he has cut and stitched Mary Shelley's text to his own artwork, creating something entirely new: a stunningly original remix, both classic and contemporary, sinister and seductive, heart-stopping and heartbreaking. Perfect for fans of Edgar Allan Poe and Neil Gaiman's Coraline. 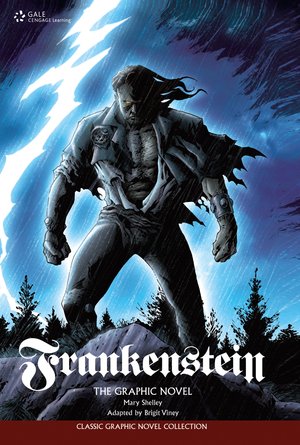 Mary Shelley - Brigit Viney - Frankenstein: ​The Graphic Novel
Classic ​Graphic Novels, the new collection from Lucent Books, brings the classics to life for a whole new generation of readers. Designed especially for young fans of the classics, comic book buffs and reluctant readers, this collection utilizes a fresh blend of contemporary storytelling and captivating artwork to entertain, educate and encourage students to return to these stories again and again.