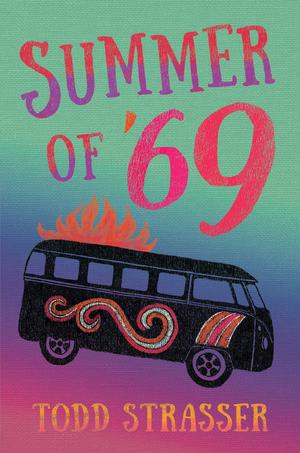 Todd Strasser - The ​Summer of '69
Drawing ​from his teenage years, Todd Strasser’s novel revisits a tumultuous era and takes readers on a psychedelically tinged trip of a lifetime. With his girlfriend, Robin, away in Canada, eighteen-year-old Lucas Baker’s only plans for the summer are to mellow out with his friends, smoke weed, drop a tab or two, and head out in his microbus for a three-day happening called the Woodstock Music and Art Fair. But life veers dramatically off track when he suddenly finds himself in danger of being drafted and sent to fight in Vietnam. If that isn’t heavy enough, there’s also the free-loving (and undeniably alluring) Tinsley, who seems determined to test Lucas’s resolve to stay faithful to Robin; a frighteningly bad trip at a Led Zeppelin concert; a run-in with an angry motorcycle gang; parents who appear headed for a divorce; and a friend on the front lines in ’Nam who’s in mortal danger of not making it back. As the pressures grow, it’s not long before Lucas finds himself knocked so far down, it’s starting to look like up to him. When tuning in, turning on, and dropping out is no longer enough, what else is there? 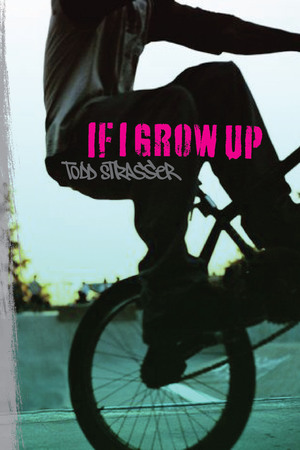 If ​I Grow Up Todd Strasser
0

Todd Strasser - If ​I Grow Up
WHEN ​YOU GREW UP IN THE PROJECTS, THERE WERE NO CHOICES. NO GOOD ONES, AT LEAST. In the Frederick Douglass Project where DeShawn lives, daily life is ruled by drugs and gang violence. Many teenagers drop out of school and join gangs, and every kid knows someone who died. Gunshots ring out on a regular basis. DeShawn is smart enough to know he should stay in school and keep away from the gangs. But while his friends have drug money to buy fancy sneakers and big-screen TVs, DeShawn's family can barely afford food for the month. How can he stick to his principles when his family is hungry? In this gritty novel about growing up in the inner city, award-winning author Todd Strasser opens a window into the life of a teenager struggling with right and wrong under the ever-present shadow of gangs. 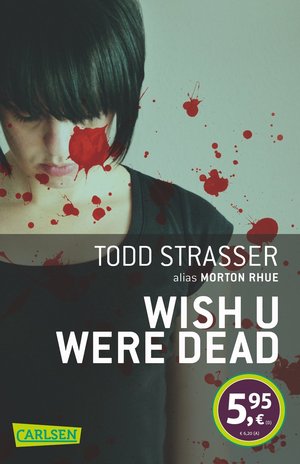 Wish ​U were dead Todd Strasser
0

Todd Strasser - Anakin ​Skywalker
The ​events of "Star Wars Episode I," as seen through the eyes of its youngest hero, Anakin Skywalker, who must leave his home planet of Tatooine to join the Jedi ranks ... and start on the epic journey that will lead him to become Darth Vader.

Todd Strasser - Fallout
What ​if the bomb had actually been dropped? What if your family was the only one with a shelter? In the summer of 1962, the possibility of nuclear war is all anyone talks about. But Scott’s dad is the only one in the neighborhood who actually prepares for the worst. As the neighbors scoff, he builds a bomb shelter to hold his family and stocks it with just enough supplies to keep the four of them alive for two critical weeks. In the middle of the night in late October, when the unthinkable happens, those same neighbors force their way into the shelter before Scott’s dad can shut the door. With not enough room, not enough food, and not enough air, life inside the shelter is filthy, physically draining, and emotionally fraught. But even worse is the question of what will — and won’t — remain when the door is opened again. Internationally best-selling author Todd Strasser has written his most impressive and personal novel to date, ruthlessly yet sensitively exploring the terrifying what-ifs of one of the most explosive moments in human history. 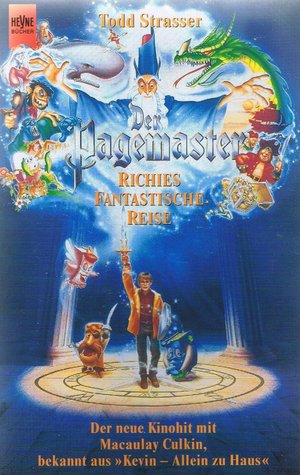 Todd Strasser - The ​Pagemaster
A ​young boy who is afraid of everything gets trapped in the local library, where he befriends three strange characters, Adventure, Fantasy, and Horror, and must overcome his fears while journeying through Storyland towards the Exit Sign. 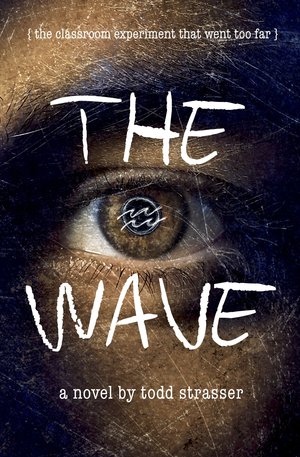 Todd Strasser - The ​Wave
This ​novel dramatizes an incident that took place in a California school in 1969. A teacher creates an experimental movement in his class to help students understand how people could have followed Hitler. The results are astounding. All will learn a lesson that will never be forgotten.. 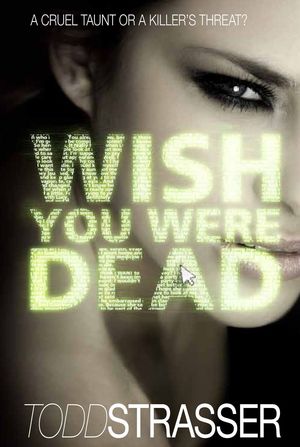 Wish ​You Were Dead Todd Strasser
0

Todd Strasser - Wish ​You Were Dead
Str-S-d: I’ll ​begin with Lucy. She is definitely first on the list. You can’t believe how it feels to be in the cafeteria and turn around and there she is staring at me like I’m some disgusting bug or vermin. Does she really think I WANT to be this way? I hate you, Lucy. I really hate you. You are my #1 pick. I wish you were dead. The day after anonymous blogger Str-S-d wishes the popular girl would die, Lucy vanishes. The students of Soundview High are scared and worried. Especially frightened and wracked with guilt is Madison Archer, Lucy’s friend and the last person to see her the night she disappeared. As days pass with no sign of the missing girl, even the attention of Tyler, an attractive new student, is not enough to distract Madison from her growing sense of foreboding. When two more popular students disappear after their names are mentioned on Str-S-d’s blog, the residents of Soundview panic. Meanwhile, Madison receives anonymous notes warning that she could be next. Desperate to solve the mystery before anyone else disappears, Madison turns to Tyler, but can she trust him when it becomes clear that he knows more than he’s sharing? The clock is ticking. Madison must uncover the truth behind the mysterious disappearances . . . before her name appears in Str-S-d’s blog. In the spirit of stories like I Know What You Did Last Summer, Todd Strasser updates the teen thriller for the techno age with Wish You Were Dead, the first installment in a new “thrill”-ogy. 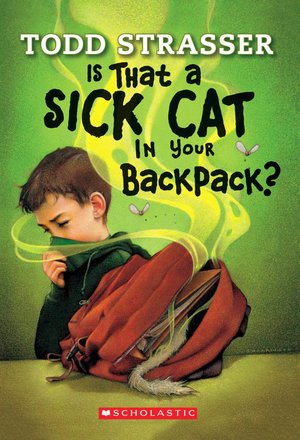 Is ​That a Sick Cat in your Backpack? Todd Strasser
0

Todd Strasser - Is ​That a Sick Cat in your Backpack?
Another ​incredibly hilarious and smelly Tardy Boys tale that will keep you laughing through at least nine lives. But remember to keep your air freshener handy!

Todd Strasser - Jumanji ​(Penguin Readers)
"Do ​you want to leave the world behind? Then this game is for you. The first one to finish and shout Jumanji wins the game." But you must finish. Because with the first throw of the dice strange things start to happen. Peter and Judy find they must face lions, crocodiles, rhinoceroses and a hunter with a big gun. Can they finish the game before it finishes them? The ​Beast of Cretacea Todd Strasser
0

Todd Strasser - The ​Beast of Cretacea
When ​seventeen-year-old Ishmael wakes up from stasis aboard the Pequod, he is amazed by how different this planet is from the dirty, dying, Shroud-covered Earth he left behind. But Ishmael isn’t on Cretacea to marvel at the fresh air, sunshine, and endless blue ocean. He’s here to work, risking his life to hunt down great ocean-dwelling beasts to harvest and send back to the resource-depleted Earth. Even though easy prey abounds, time and again the chase boat crews are ordered to ignore it in order to pursue the elusive Great Terrafin. It’s rumored that the ship’s captain, Ahab, lost his leg to the beast years ago, and that he’s now consumed by revenge. But there may be more to Captain Ahab’s obsession. Dark secrets and dangerous exploits swirl around the pursuit of the beast, and Ishmael must do his best to survive—if he can. 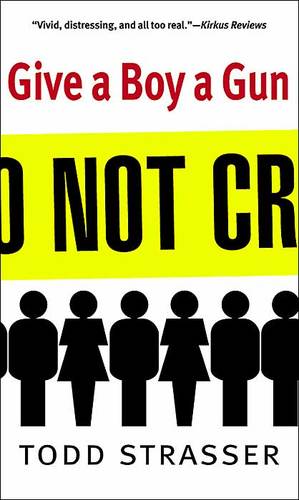 Give ​a Boy a Gun Todd Strasser
0

Todd Strasser - Give ​a Boy a Gun
For ​as long as they can remember, Brendan and Gary have been mercilessly teased and harassed by the jocks who rule Middletown High. But not anymore. Stealing a small arsenal of guns from a neighbor, they take their classmates hostage at a school dance. In the panic of this desperate situation, it soon becomes clear that only one thing matters to Brendan and Gary: revenge.