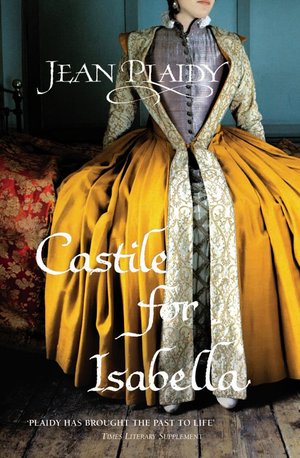 Jean Plaidy - Castile ​for Isabella
Fifteenth-century ​Spain is rent with intrigue and threatened by civil war. Here, the young Isabella becomes the pawn of her half-crazed mother and a virtual prisoner at the licentious court of her half-brother, Henry IV. At just sixteen years old, is she already fated to be the victim of the Queen's revenge, the Archbishop's ambition and the lust of lecherous Don Pedro Girón? Numbed by grief and fear, Isabella remains steadfast in her determination to marry Ferdinand, the handsome young Prince of Aragon, her only true betrothed. 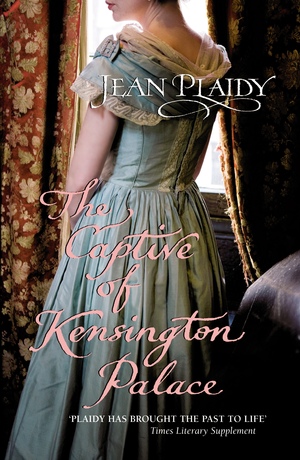 Jean Plaidy - The ​Captive of Kensington Palace
Victoria ​is virtually a prisoner in Kensington Palace. Her mother and her mother's chamberlain, Sir John Conroy, are her guardians. They will not allow her to associate with anyone who has not been thoroughly and critically checked to make sure Victoria is not harmed by their very presence. Even her governesses are under scrutiny. She is not even allowed to be alone! Someone must always be with her. Her only hope is in contemplating her coming of age, whereupon she may be free and able to take her "Uncle King's" crown without her dreaded captors taking regency. Her best friends are her "dear" sister Feodora, married and living in Germany; her Uncle Leopold, her cousin-in-law and uncle as well as King of the Belgians; Lehzen, her faithful governess; the King and Queen, whom she is rarely allowed to see; and her cousins whom she is also rarely allowed to see. She has scheming uncles trying to usurp her right to the throne, and family fighting over her. Every day she comes closer to her dream of adulthood, and her guardians despair at their loss of power. 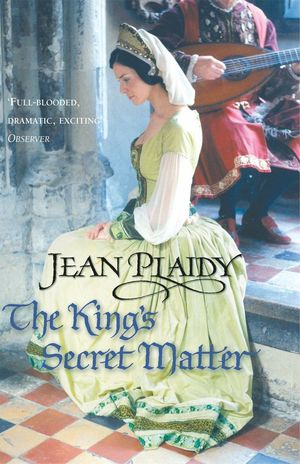 Jean Plaidy - The ​Kings' Secret Matter
After ​twelve years of marriage, the once fortuitous union of Henry VIII and Katherine of Aragon has declined into a loveless stalemate.Their only child, Mary, is disregarded as a suitable heir, and Henry’s need for a legitimate son to protect the Tudor throne has turned him into a callous and greatly feared ruler. When the young and intriguing Anne Boleyn arrives from the French court, Henry is easily captivated by her dark beauty and bold spirit.But his desire to possess the wily girl leads to a deadly struggle of power that promises to tear apart the lives of Katharine and Mary, and forever change England’s faith… 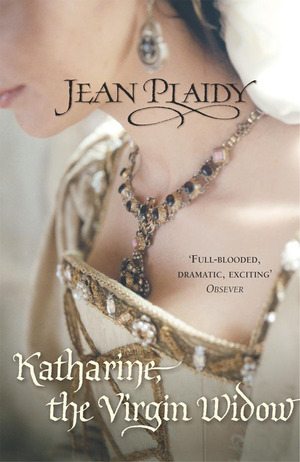 Jean Plaidy - Katharine, ​the Virgin Widow
The ​young Spanish widow, Katharine of Aragon, has become the pawn between two powerful monarchies.After less than a year as the wife of the frail Prince Arthur, the question of whether the marriage was ever consummated will decide both her fate and England’s. But whilst England and Spain dispute her dowry, in the wings awaits her unexpected escape from poverty: Henry, Arthur’s younger, more handsome brother - the future King of England.He alone has the power to restore her position, but at what sacrifice? 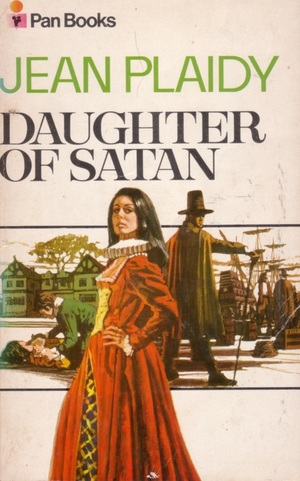 Jean Plaidy - Daughter ​of Satan
Even ​Tamar's mother beleived the child had been forced on her by the devil, and Tamar grew into a wild and beautiful girl in an Elizabethan world of superstition and intolerance. Two men caused passion and piety to war within her - Bartle Cavill, lusty gallant home from the Spanish Main, and Humility Brown, the Puritan. Tamar braved fanaticism and persecution, plague and tempest, pirates and savages, to leave Plymouth and look for freedom and love in the New World-where her old sins would not be remembered...

The ​Rose Without a Thorn Jean Plaidy
1

Jean Plaidy - The ​Rose Without a Thorn
From ​the pen of legendary historical novelist Jean Plaidy comes an unforgettable true story of royalty, passion, and innocence lost. Born into an impoverished branch of the noble Howard family, young Katherine is plucked from her home to live with her grandmother, the Duchess of Norfolk. The innocent girl quickly learns that her grandmother’s puritanism is not shared by Katherine’s free-spirited cousins, with whom she lives. Beautiful and impressionable, Katherine becomes involved in two ill-fated love affairs before her sixteenth birthday. Like her cousin Anne Boleyn, she leaves her grandmother’s home to become a lady-in-waiting at the court of Henry VIII. The royal palaces are exciting to a young girl from the country, and Katherine ?nds that her duties there allow her to be near her handsome cousin, Thomas Culpepper, whom she has loved since childhood. But when Katherine catches the eye of the aging and unhappily married king, she is forced to abandon her plans for a life with Thomas and marry King Henry. Overwhelmed by the change in her fortunes, bewildered and flattered by the adoration of her husband, Katherine is dazzled by the royal life. But her bliss is short-lived as rumors of her wayward past come back to haunt her, and Katherine’s destiny takes another, deadly, turn. 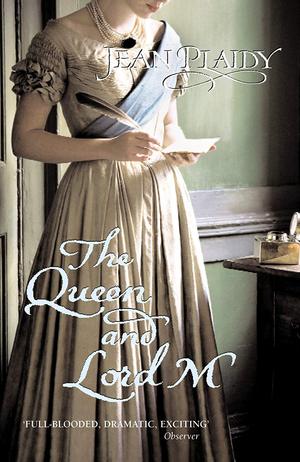 Jean Plaidy - The ​Queen and Lord M
Early ​on the morning of the 20th June in the year 1837, the archbishop of Canterbury and Lord Chamberlain came to the palace of Kensington to tell an eighteen-year-old girl that she was Queen of England. The Victorian age had begun. Young, determined to dedicate herself to her country, deeply and demonstratively affectionate by nature, the Queen immediately succumbed to the worldly charm of Lord Melbourne, her Prime Minister. This is a novel of the first years of the Queen's reign before her marriage to the Prince Consort. The innocent young girl found that she was at the heart of Palace feuds, intrigues and scandals which were to oust her from public favor, and the charming Queen whose youth and innocence had so appealed to the people became the villainess of the Flora Hastings scandal, the despot of the Bedchamber Plot and the subject of speculation concerning her relationship with her Prime Minister. There was conflict between the Queen and her mother, the flamboyant Duchess of Kent, whose name was linked with that of Sir John Conroy whom Victoria detested; and of another kind with Sir Robert Peel who became victim of the Queen's spite; and there was the aging Duke of Wellington who incurred her anger. The scene is dominated by the imperious, hot-tempered Queen, unswervingly loyal to those whom she loves as her dear 'Lord M'. And there is Melbourne himself, the aging politician and worldly cynic, the Prime Minister with the stormy past. The publicly-conducted intrigue between his mad wife, Lady Caroline Lamb, and the scandalous Lord Bryon, though over long before the Queen's Accession, reverberated through the years; yet in spite of being cited as co-respondant in two divorce cases, he retained his position as Prime Minister and became a partner in a romantic relationship with the young Victoria. 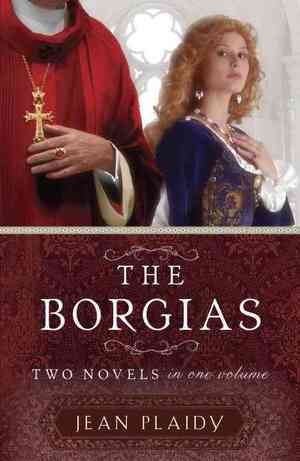 Jean Plaidy - The ​Borgias
For ​the first time in one volume, Jean Plaidy's duet of Borgia novels brings to life the infamous, reckless and passionate family in an unforgettable saga. Madonna of the Seven Hills Fifteenth-century Rome: the Borgia family is on the rise. Lucrezia's father is named Pope Alexander VI, and he places his daughter and her brothers, Cesare, Giovanni and Goffredo, in the jeweled splendor - and scandal - of his court. From the Pope's affairs with adolescent girls to Cesare's dangerous jealousy of anyone who inspires Lucrezia's affections to the ominous birth of a child concieved in secret, no Borgia can elude infamy. Light on Lucrezia Some said she was an elegant seductress. Others said she was an incestous murderess. She was the most dangerous and sought after woman in all of Rome. Lucrezia Borgia's young life has been colored by violence and betrayal. Now, married for the second time at just eighteen, she hopes for happiness with her handsome husband, Alfonso. But faced with brutal murder, she's soon torn between her love for her husband and her devotion to her brother Cesare... And in the days when the Borgias ruled Italy, no one was safe from the long arm of their power - not even Lucrezia. 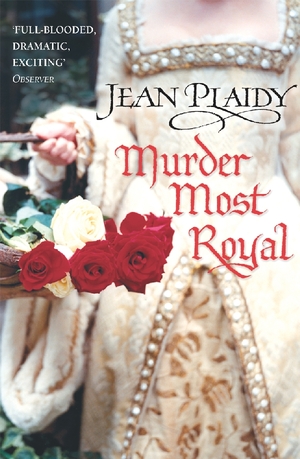 Jean Plaidy - Murder ​Most Royal
One ​powerful king. Two tragic queens. In the court of Henry VIII, it was dangerous for a woman to catch the king’s eye. Anne Boleyn and Catherine Howard were cousins. Both were beautiful women, though very different in temperament. They each learned that Henry’s passion was all-consuming–and fickle. Sophisticated Anne Boleyn, raised in the decadent court of France, was in love with another man when King Henry claimed her as his own. Being his mistress gave her a position of power; being his queen put her life in jeopardy. Her younger cousin, Catherine Howard, was only fifteen when she was swept into the circle of King Henry. Her innocence attracted him, but a past mistake was destined to haunt her. Painted in the rich colors of Tudor England, Murder Most Royal is a page-turning journey into the lives of two of the wives of the tempestuous Henry VIII.

The ​Hobbit / The Lord of the Rings