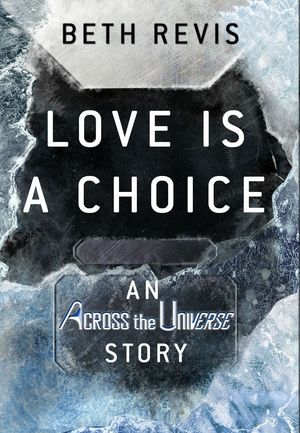 Love ​Is A Choice Beth Revis
1

Beth Revis - Love ​Is A Choice
What ​events shaped Orion and turned him into the man he was at the start of Across the Universe? This story explores just that. Orion started off as just another Elder, due to inherit the leadership of the spaceship Godspeed. When he starts to question the world around him, though, things quickly change. He meets a young woman that he may have feelings for. But if she gets in the way of his revenge, he can ignore his feelings for her...right? Or is love a choice after all? 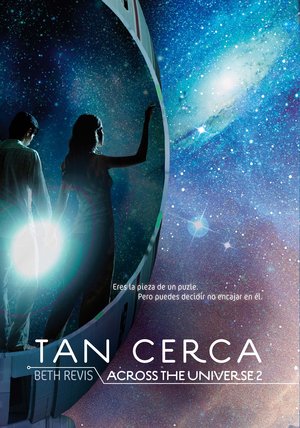 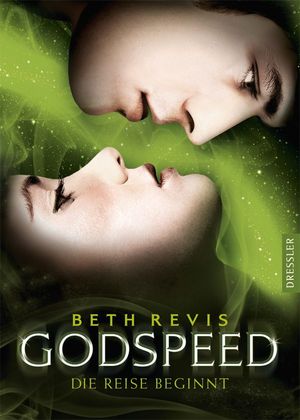 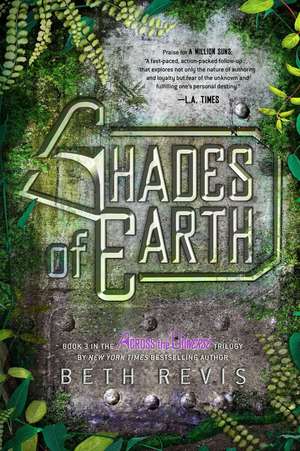 Beth Revis - Shades ​of Earth
Amy ​and Elder have finally left the oppressive walls of the spaceship Godspeed behind. They're ready to start life afresh--to build a home--on Centauri-Earth, the planet that Amy has traveled 25 trillion miles across the universe to experience. But this new Earth isn't the paradise that Amy had been hoping for. Amy and Elder must race to uncover who--or what--else is out there if they are to have any hope of saving their struggling colony and building a future together. But as each new discovery brings more danger, Amy and Elder will have to look inward to the very fabric of what makes them human on this, their most harrowing journey yet. Because if the colony collapses? Then everything they have sacrificed--friends, family, life on Earth--will have been meaningless. 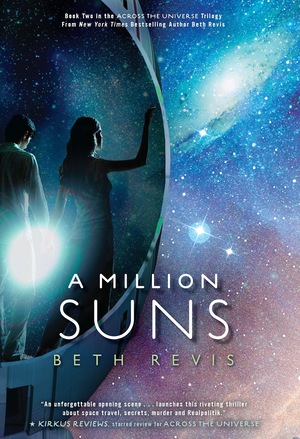 Beth Revis - A ​Million Suns
Godspeed ​was fueled by lies. Now it is ruled by chaos. It's been three months since Amy was unplugged. The life she always knew is over. And everywhere she looks, she sees the walls of the spaceship Godspeed. But there may just be hope: Elder has assumed leadership of the ship. He's finally free to enact his vision - no more Phydus, no more lies. But when Elder discovers shocking news about the ship, he and Amy race to discover the truth behind life on Godspeed. They must work together to unlock a puzzle that was set in motion hundreds of years earlier, unable to fight the romance that's growing between them and the chaos that threatens to tear them apart. In book two of the Across the Universe trilogy, New York Times bestselling author Beth Revis mesmerizes us again with a brilliantly crafted mystery filled with action, suspense, romance, and deep philosophical questions. And this time it all builds to one mind-bending conclusion: They have to get off this ship. 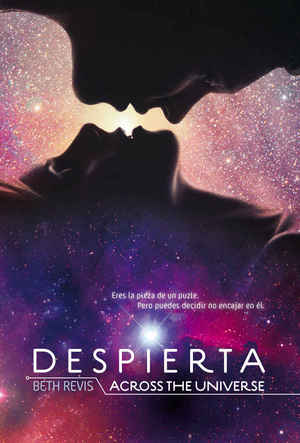 Across ​the Universe (spanyol) Beth Revis
0 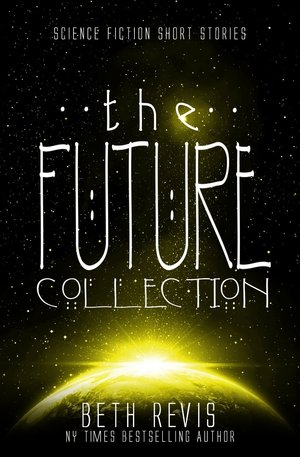 Beth Revis - The ​Future Collection
This ​collection of sci fi stories from NY Times Bestselling author Beth Revis features worlds and technology from the future. Featuring three brand new, original tales and three reprints, each story explores a different set of characters in a different world and facing different problems in the future world. "Doctor-Patient Confidentiality": A girl wakes up in a cryomed unit and must recall why she's there and what's she's lost. "The Most Precious Memory": In a world where memories are sold and consumed like drugs, one deal has a weird twist. "The Girl & the Machine": A time traveller meets someone who claims she's met his future self and that they'll change the world together. "Lag": A reporter has found the story of a lifetime--but a malfunctioning teleportation has made her forget it... "The Turing Test": A college student must determine which test subject is human and which is an android with A.I. "As They Slip Away": A novella set in the world of Across the Universe, exploring the fate of a side character. 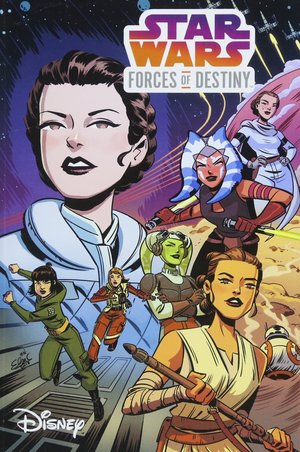 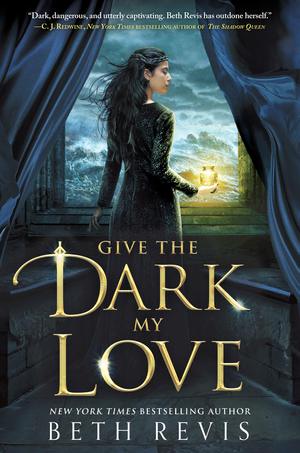 Give ​the Dark My Love Beth Revis
0

Beth Revis - Give ​the Dark My Love
When ​seventeen-year-old Nedra Brysstain leaves her home in the rural, northern territories of Lunar Island to attend the prestigious Yugen Academy, she has only one goal in mind: learn the trade of medicinal alchemy. A scholarship student matriculating with the children of Lunar Island's wealthiest and most powerful families, Nedra doesn't quite fit in with the other kids at Yugen, who all look down on her. All, except for Greggori "Grey" Astor. Grey is immediately taken by the brilliant and stubborn Nedra, who he notices is especially invested in her studies. And that's for a good reason: a deadly plague has been sweeping through the North, and it's making its way toward the cities. With her family's life--and the lives of all of Lunar Island's citizens--on the line, Nedra is determined to find a cure for the plague. Grey and Nedra continue to grow closer, but as the sickness spreads and the body count rises, Nedra becomes desperate to find a cure. Soon, she finds herself diving into alchemy's most dangerous corners--and when she turns to the most forbidden practice of all, necromancy, even Grey might not be able to pull her from the darkness. 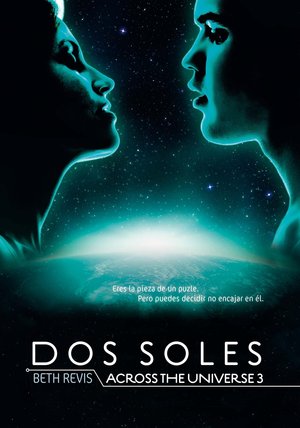 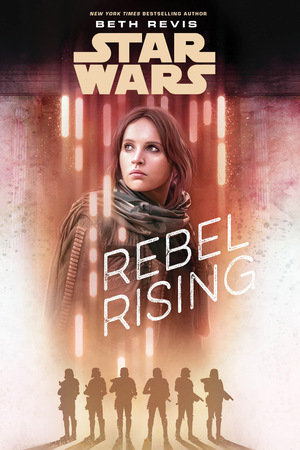 Beth Revis - Rebel ​Rising
When ​Jyn Erso was five years old, her mother was murdered and her father taken from her to serve the Empire. But despite the loss of her parents she is not completely alone—Saw Gerrera, a man willing to go to any extremes necessary in order to resist Imperial tyranny, takes her in as his own, and gives her not only a home but all the abilities and resources she needs to become a rebel herself. Jyn dedicates herself to the cause—and the man. But fighting alongside Saw and his people brings with it danger and the question of just how far Jyn is willing to go as one of Saw’s soldiers. When she faces an unthinkable betrayal that shatters her world, Jyn will have to pull the pieces of herself back together and figure out what she truly believes in…and who she can really trust. 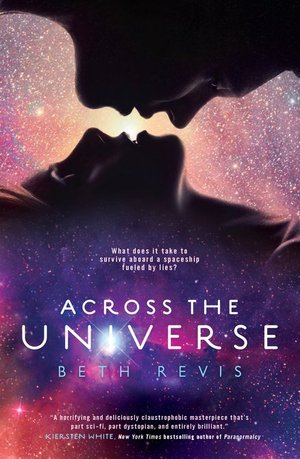 Across ​the Universe Beth Revis
4

Beth Revis - Across ​the Universe
A ​love out of time. A spaceship built of secrets and murder. Seventeen-year-old Amy joins her parents as frozen cargo aboard the vast spaceship Godspeed and expects to awaken on a new planet, three hundred years in the future. Never could she have known that her frozen slumber would come to an end fifty years too soon and that she would be thrust into the brave new world of a spaceship that lives by its own rules. Amy quickly realizes that her awakening was no mere computer malfunction. Someone--one of the few thousand inhabitants of the spaceship--tried to kill her. And if Amy doesn't do something soon, her parents will be next. Now Amy must race to unlock Godspeed's hidden secrets. But out of her list of murder suspects, there's only one who matters: Elder, the future leader of the ship and the love she could never have seen coming. 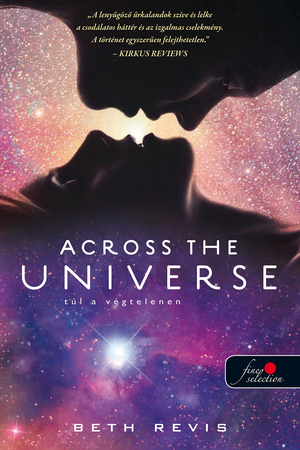 Across ​the Universe - Túl a végtelenen Beth Revis
53 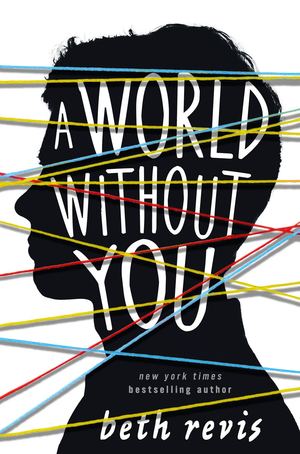 A ​World Without You Beth Revis
1

Beth Revis - A ​World Without You
After ​the unexpected loss of his girlfriend, a teenage boy suffering from delusions is convinced that he can travel through time to save her, in this gripping new novel from New York Times bestselling author Beth Revis. Seventeen-year-old Bo has always had delusions that he can travel through time. When he was ten, Bo claimed to have witnessed the Titanic hit an iceberg, and at fifteen, he found himself on a Civil War battlefield, horrified by the bodies surrounding him. So when his concerned parents send him to a school for troubled youth, Bo assumes he knows the truth: that he’s actually attending The Academy, a school for kids who, like Bo, have "superpowers." At The Academy, Bo falls in love with Sofia, a quiet girl with a tragic past and the superpower of invisibility. Sofia helps Bo open up in a way he never has before. In turn, Bo provides comfort to Sofia, who lost her mother and two sisters at a very young age. But even the strength of their love isn’t enough to help Sofia escape her deep depression. After she commits suicide, Bo is convinced that she's not actually dead. He believes that she's stuck somewhere in time — that he somehow left her in the past, and now it's his job to save her. Not since Ned Vizzini’s It’s Kind of a Funny Story has there been such a heartrending depiction of mental illness. In her first contemporary novel, Beth Revis guides readers through the mind of a young man struggling to process his grief as he fights his way through his delusions. As Bo becomes more and more determined to save Sofia, he has to decide whether to face his demons head-on, or succumb to a psychosis that will let him be with the girl he loves. 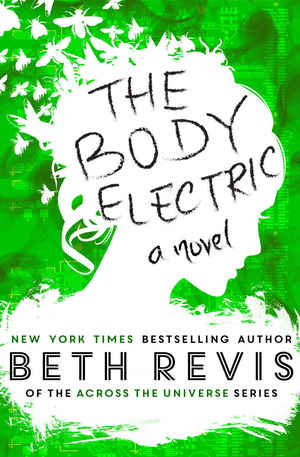 Beth Revis - The ​Body Electric
The ​future world is at peace. Ella Shepherd has dedicated her life to using her unique gift—the ability to enter people’s dreams and memories using technology developed by her mother—to help others relive their happy memories. But not all is at it seems. Ella starts seeing impossible things—images of her dead father, warnings of who she cannot trust. Her government recruits her to spy on a rebel group, using her ability to experience—and influence—the memories of traitors. But the leader of the rebels claims they used to be in love—even though Ella’s never met him before in her life. Which can only mean one thing… Someone’s altered her memory. Ella’s gift is enough to overthrow a corrupt government or crush a growing rebel group. She is the key to stopping a war she didn’t even know was happening. But if someone else has been inside Ella’s head, she cannot trust her own memories, thoughts, or feelings. So who can she trust? 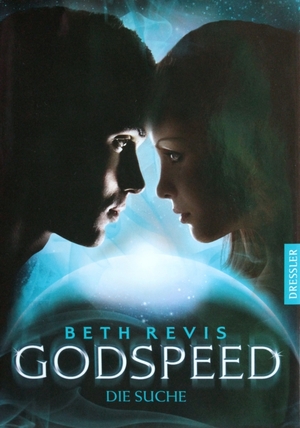 Beth Revis - Bid ​My Soul Farewell
The ​stunning finale of the epic fantasy duology from New York Times bestselling author Beth Revis. Alchemy student turned necromancer Nedra Brysstain has made a life-changing decision to embrace the darkness--but can the boy who loves her bring her back to the light before she pays the ultimate price? Lunar Island is trying to heal. The necromantic plague that ravaged the land has been eradicated, and Emperor Auguste, the young and charming leader of the Allyrian Empire, has a plan: rid the island of necromancy once and for all. Though Greggori "Grey" Astor wants what's best for his people, he knows that allying himself with Auguste threatens the one person he loves most: necromancer Nedra Brysstain. Feeling like he already failed to save Nedra once, Grey becomes determined to help the Emperor rebuild Lunar Island while still keeping Nedra safe from harm. Back at the quarantine hospital, Nedra's army of revenants are growing increasingly inhuman by the day. Wracked with guilt for imprisoning their souls, Nedra vows to discover a way to free the dead while still keeping her sister by her side. But, still reeling from the trauma of the plague, the people of Lunar Island are looking for someone to blame, and Grey can only protect Nedra for so long. And when Nedra and Grey are thrust into a battle with an even more terrifying adversary, Nedra will be pushed to the darkest depths of her necromantic powers. But can Grey let her go that far? 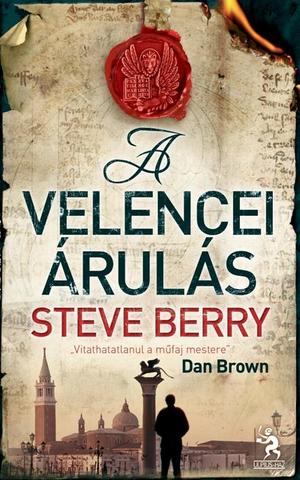