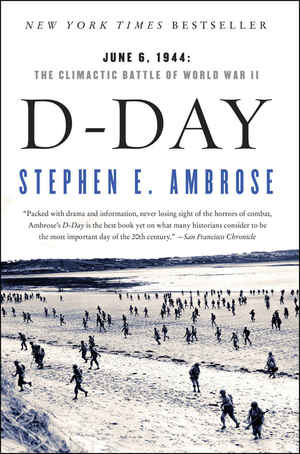 Stephen E. Ambrose - D-Day ​- June 6, 1944
Stephen ​E. Ambrose’s D-Day is the definitive history of World War II’s most pivotal battle, a day that changed the course of history. D-Day is the epic story of men at the most demanding moment of their lives, when the horrors, complexities, and triumphs of life are laid bare. Distinguished historian Stephen E. Ambrose portrays the faces of courage and heroism, fear and determination—what Eisenhower called “the fury of an aroused democracy”—that shaped the victory of the citizen soldiers whom Hitler had disparaged.Drawing on more than 1,400 interviews with American, British, Canadian, French, and German veterans, Ambrose reveals how the original plans for the invasion had to be abandoned, and how enlisted men and junior officers acted on their own initiative when they realized that nothing was as they were told it would be. The action begins at midnight, June 5/6, when the first British and American airborne troops jumped into France. It ends at midnight June 6/7. Focusing on those pivotal twenty-four hours, it moves from the level of Supreme Commander to that of a French child, from General Omar Bradley to an American paratrooper, from Field Marshal Montgomery to a German sergeant. Ambrose’s D-Day is the finest account of one of our history’s most important days. 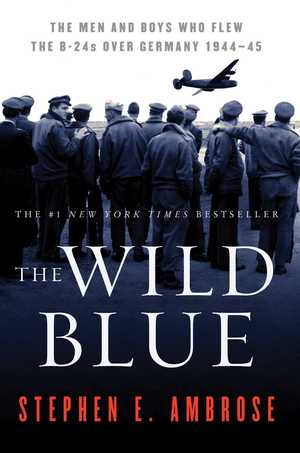 Stephen E. Ambrose - The ​Wild Blue
Stephen ​E. Ambrose, acclaimed author of Band of Brothers and Undaunted Courage, carries us along in the crowded and dangerous B-24s as their crews fought to destroy the German war machine during World War II. The young men who flew the B-24s over Germany in World War II fought against horrific odds, and, in The Wild Blue, Ambrose recounts their extraordinary heroism, skill, daring, and comradeship with vivid detail and affection. Ambrose describes how the Army Air Forces recruited, trained, and selected the elite few who would undertake the most demanding and dangerous jobs in the war. These are the boys--turned pilots, bombardiers, navigators, and gunners of the B-24s--who suffered over fifty percent casualties. With his remarkable gift for bringing alive the action and tension of combat, Ambrose carries us along in the crowded, uncomfortable, and dangerous B-24s as their crews fought to the death through thick black smoke and deadly flak to reach their targets and destroy the German war machine. Twenty-two-year-old George McGovern, who was to become a United States senator and a presidential candidate, flew thirty-five combat missions (all the Army would allow) and won the Distinguished Flying Cross. We meet him and his mates, his co-pilot killed in action, and crews of other planes. Many went down in flames. As Band of Brothers and Citizen Soldiers portrayed the bravery and ultimate victory of the American soldiers from Normandy on to Germany, The Wild Blue illustrates the enormous contribution that these young men of the Army Air Forces made to the Allied victory. 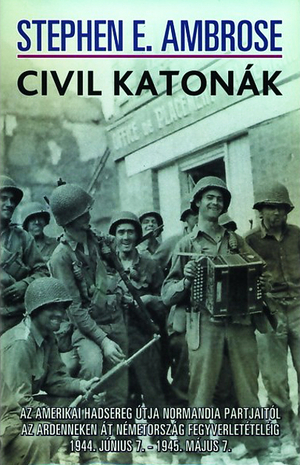 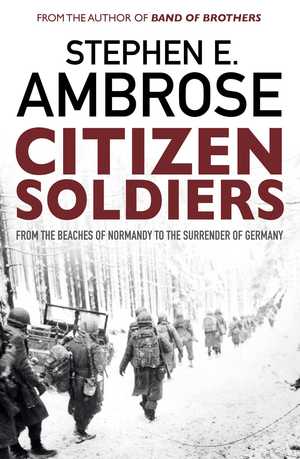 Stephen E. Ambrose - Citizen ​Soldiers
From ​Stephen E. Ambrose, bestselling author of Band of Brothers and D-Day, the inspiring story of the ordinary men of the U.S. army in northwest Europe from the day after D-Day until the end of the bitterest days of World War II. In this riveting account, historian Stephen E. Ambrose continues where he left off in his #1 bestseller D-Day. Citizen Soldiers opens at 0001 hours, June 7, 1944, on the Normandy beaches, and ends at 0245 hours, May 7, 1945, with the allied victory. It is biography of the US Army in the European Theater of Operations, and Ambrose again follows the individual characters of this noble, brutal, and tragic war. From the high command down to the ordinary soldier, Ambrose draws on hundreds of interviews to re-create the war experience with startling clarity and immediacy. From the hedgerows of Normandy to the overrunning of Germany, Ambrose tells the real story of World War II from the perspective of the men and women who fought it. 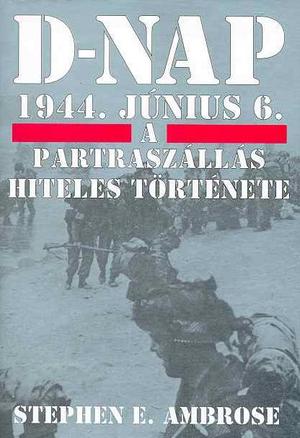 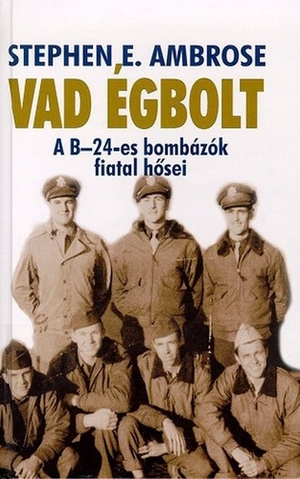 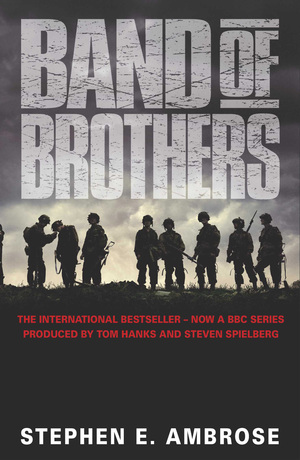 Stephen E. Ambrose - Band ​of Brothers
They ​fought on Utah Beach, in Arnhem, Bastogne, the Bulge; they spearheaded the Rhine offensive and took possession of Hitler's Eagle's Nest in Berchtesgaden. Easy Company, 506th Airborne Division, U.S. Army, was as good a rifle company as any in the world. From their rigorous training in Georgia in 1942 to D-Day and victory, Ambrose tells the story of this remarkable company, which kept getting the tough assignments. Easy Company was responsible for everything from parachuting into France early D-Day morning to the capture of Hitler's Eagle's Nest at Berchtesgaden. BAND OF BROTHERS is the account of the men of this remarkable unit who fought, went hungry, froze, and died, a company that took 150 percent casualties and considered the Purple Heart a badge of office. Drawing on hours of interviews with survivors as well as the soldiers' journals and letters, Stephen Ambrose tells the stories, often in the men's own words, of these American heroes. 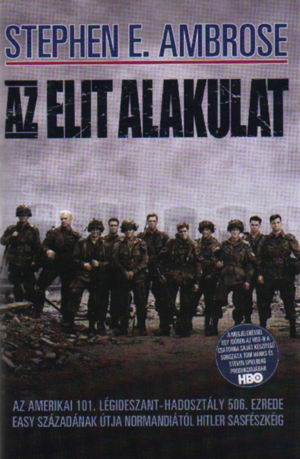