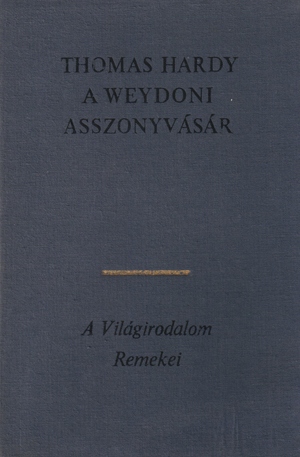 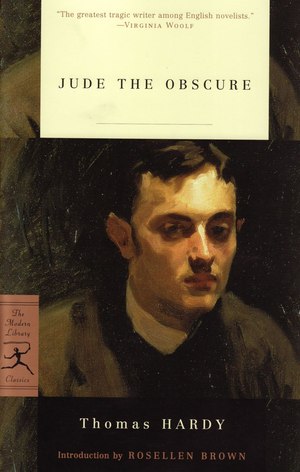 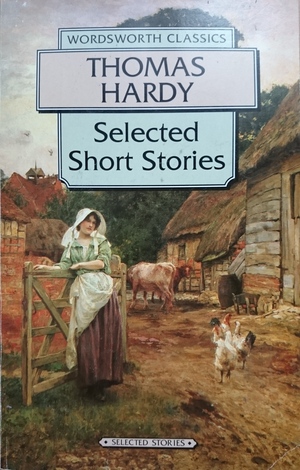 Thomas Hardy - Selected Short Stories
Better known as Life's Little Ironies, this selection of tales was the third that Hardy collected himself for publication as a volume and it reflects the experience of a novelist who was at the height of his creative powers. The tales are thematically linked by a concern with the diverse problems of marriage, yet they display the full range of Hardy's art. Firmly rooted in the culture of Wessex, the stories encompass comedy, tragedy, the supernatural, romance and realism. Hardy's gift for irony is fused with compassion as he creates characters and scenes of remarkable credibility. 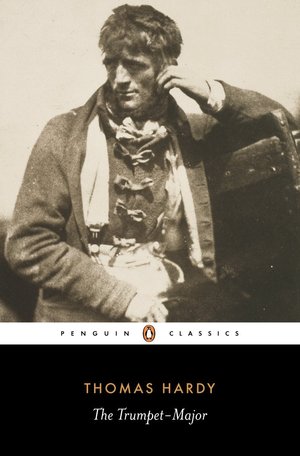 Thomas Hardy - The ​Trumpet-Major
Hardy ​distrusted the application of nineteenth-century empiricism to history because he felt it marginalized important human elements. In The Trumpet Major, the tale of a woman courted by three competing suitors during the Napoleonic wars, he explores the subversive effects of ordinary human desire and conflicting loyalties on systematized versions of history. This edition restores Hardy's original punctuation and removes the bowdlerisms forced upon the text on its initial publicatio 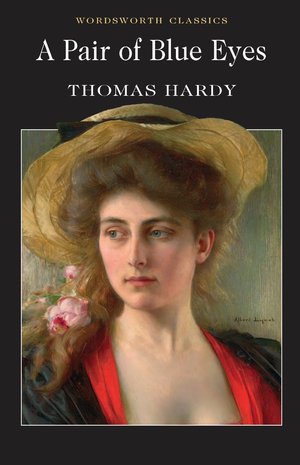 Thomas Hardy - A ​Pair Of Blue Eyes
When ​Elfrise Swanston meets Stephen Smith, she is attracted to his handsome face, gentle bearing, and the sense of mystery which surrounds him. Although distressed to find that the mystery consists only in the humbleness of his origins, she remains true to their youthful vows. But, societal pressures, and the advent of the superior Henry Knight, eventually displace her affections. Knight, however, proves to be an uncompromising moralist who, obsessed with fears about Elfride's sexual past, destroys her happiness. Writing of the struggle between classes and sexes, Hardy drew heavily on his own relationships, and in the introduction, Pamela Dalziel discovers fascinating parallels between Hardy's life and his art. 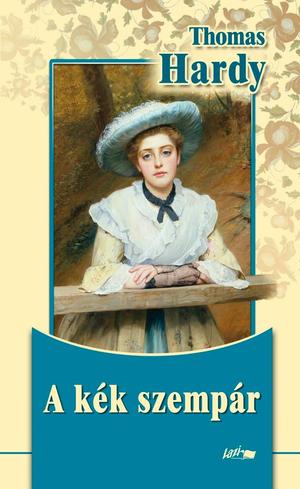 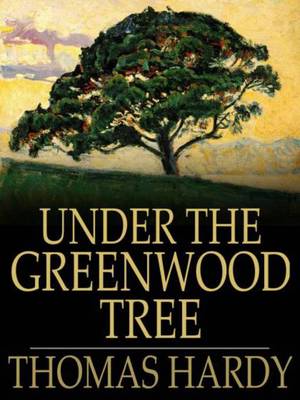 Under ​the Greenwood Tree Thomas Hardy
2

Thomas Hardy - Under ​the Greenwood Tree
This ​edition presents a critically established text based on comparisons of every revised version. Hardy placed this tale among his Novels of Character and Environment, a group which is held to include his most characteristic work. 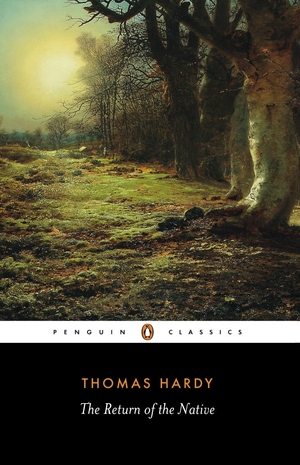 The ​Return of the Native Thomas Hardy
1

Thomas Hardy - The ​Return of the Native
A ​new edition of Thomas Hardy's timeless novel of two pairs of mismatched lovers. One of Hardy's classic statements about modern love, courtship, and marriage, The Return of the Native is set in the pastoral village of Egdon Heath. The fiery Eustacia Vye, wishing only for passionate love, believes that her escape from Egdon lies in her marriage to Clym Yeobright, the returning "native," home from Paris and discontented with his work there. Clym wishes to remain in Egdon, however--a desire that sets him in opposition to his wife and brings them both to despair. Behind the narrative of The Return of the Native lie the tragic fates of Flaubert's Madame Bovary and Oedipus, and in writing the novel Hardy endowed his ordinary characters with the status of tragic heroes, seen especially in the ill-fated lovers and Damon Wildeve, who spoil their chances to master their own destinies. The Introduction and Notes featured in this new edition incorporate the most up-to-date scholarship on Thomas Hardy. Edited with Notes by Tony Slade with an Introduction by Penny Boumelha. 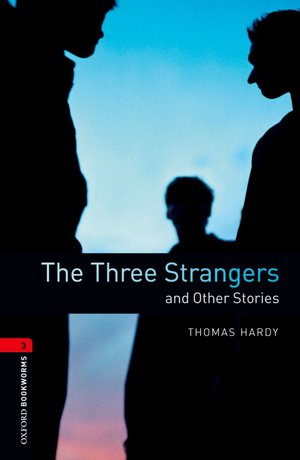 The ​Three Strangers and Other Stories (Oxford Bookworms... Thomas Hardy
15

Thomas Hardy - The ​Three Strangers and Other Stories (Oxford Bookworms)
Egyszerűsített ​olvasmány angol nyelven. Hasznos segítség a nyelvtanulásban. A kötet 3. nehézségi fokozatú, az olvasásához kb. 1000 szavas szókincs szükséges. "Oxford Bookworms Stage 3" On a stormy winter night, a stranger knocks at the door of a shepherd's cottage. He is cold and hungry, and wants to get out of the rain. He is welcomed inside, but the does not give his name or his business. Who is he, and where has he come from? And he is only the first visitor to call at the cottage that night... In these three short stories, Thomas Hardy gives us pictures ot the lives of shepherds and hangmen, dukes and teachers. But rich or poor, young or old, they all have the same feelings of fear, hope, love, jealousy... 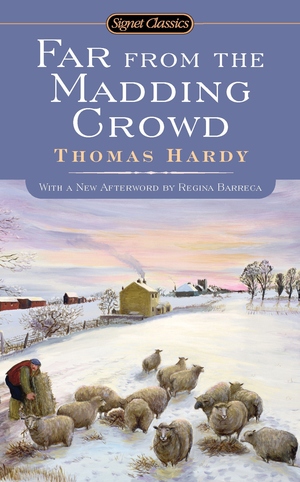 Thomas Hardy - Far ​from the Madding Crowd
The ​first of Thomas Hardy’s great novels, Far From the Madding Crowd established the author as one of Britain’s foremost writers. It also introduced readers to Wessex, an imaginary county in southwestern England that served as the pastoral setting for many of the author’s later works. Far From the Madding Crowd tells the story of beautiful Bathsheba Everdene, a fiercely independent woman who inherits a farm and decides to run it herself. She rejects a marriage proposal from Gabriel Oak, a loyal man who takes a job on her farm after losing his own in an unfortunate accident. He is forced to watch as Bathsheba mischievously flirts with her neighbor, Mr Boldwood, unleashing a passionate obsession deep within the reserved man. But both suitors are soon eclipsed by the arrival of the dashing soldier, Frank Troy, who falls in love with Bathsheba even though he’s still smitten with another woman. His reckless presence at the farm drives Boldwood mad with jealousy, and sets off a dramatic chain of events that leads to both murder and marriage. A delicately woven tale of unrequited love and regret, Far from the Madding Crowd is also an unforgettable portrait of a rural culture that, by Hardy’s lifetime, had become threatened with extinction at the hands of ruthless industrialization.

Thomas Hardy - Far ​from the Madding Crowd (Penguin Readers)
Gabriel ​Oak is an honest, hard-working young farmer, who falls in love with the beautiful and independent Bathsheba Everdene. After a tragic accident, Gabriel loses his farm. Bathsheba, on the other hand, becomes rich. Is there any hope for Gabriel? 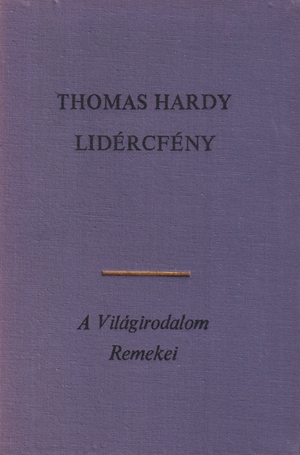 Thomas Hardy - Tess ​of the d'Urbervilles (Alpha)
'Her ​fate was to be seen and desired by the wrong man.' Tess is the beautiful daughter of a poor villager. She loves Angel Clare but the shadow of Alec d'Urberville, a thoughtless young man, makes this dream impossible. Clare refuses to accept her past and Tess cannot escape a life of suffering. In Tess of the d'Urbervilles, Hardy attacks the society that forced a cruel fate on a pure young woman - a society which allows a young girl to be destroyed by her own honesty. Alpha Classics provide the reader with faithful adaptions of some of the most famous novels in English literature. Careful control of language and vocabulary provides a clear and straightforward text which allows the student to enjoy reading. 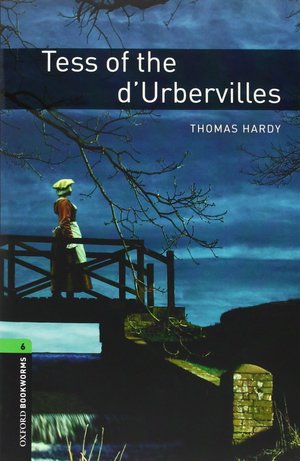 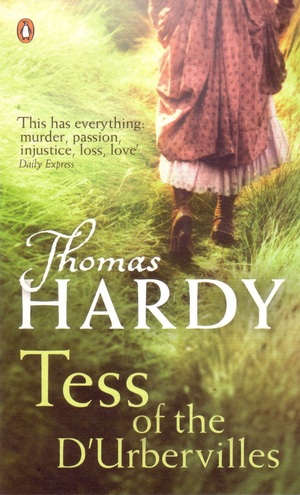 Tess ​of the D'Urbervilles Thomas Hardy
5

Thomas Hardy - Tess ​of the D'Urbervilles
Young ​Tess Durbeyfield attempts to restore her family's fortunes by claiming their connection with the aristocratic d'Urbervilles. But Alec d'Urberville is a rich wastrel who seduces her and makes her life miserable. When Tess meets Angel Clare, she is offered true love and happiness, but her past catches up with her and she faces an agonizing moral choice. Hardy's indictment of society's double standards, and his depiction of Tess as 'a pure woman', caused controversy in his day and has held the imagination of readers ever since. Hardy thought it his finest novel, and Tess the most deeply felt character he ever created. This unique critical text is taken from the authoritative Clarendon edition, which is based on the manuscript collated with all Hardy's subsequent revisions. 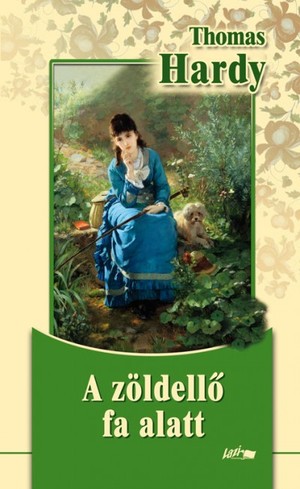 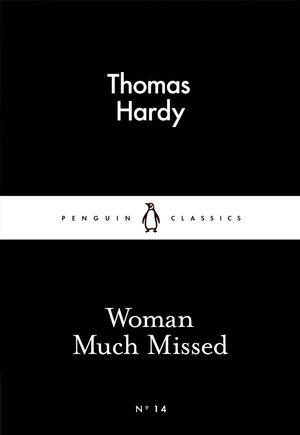 Thomas Hardy - Woman ​Much Missed
'Woman ​much missed, how you call to me, call to me...' After the death of his wife Emma, a grief-stricken Hardy wrote some of the best verse of his career. Moving and evocative, it ranks among the greatest elegiac poetry in the language. Introducing Little Black Classics: 80 books for Penguin's 80th birthday. Little Black Classics celebrate the huge range and diversity of Penguin Classics, with books from around the world and across many centuries. They take us from a balloon ride over Victorian London to a garden of blossom in Japan, from Tierra del Fuego to 16th-century California and the Russian steppe. Here are stories lyrical and savage; poems epic and intimate; essays satirical and inspirational; and ideas that have shaped the lives of millions. Thomas Hardy (1840-1928). Hardy's works available in Penguin Classics are A Laodicean, A Pair of Blue Eyes, Desperate Remedies, Far from the Madding Crowd, Jude the Obscure, Selected Poems, Tess of the d'Urbervilles, The Distracted Preacher and Other Tales, The Fiddler of the Reels and Other Stories, The Hand of Ethelberta, The Mayor of Casterbridge, The Pursuit of the Well-beloved and The Well-beloved, The Return of the Native, The Trumpet-Major, The Withered Arm and Other Stories, The Woodlanders, Two on a Tower and Under the Greenwood Tree. 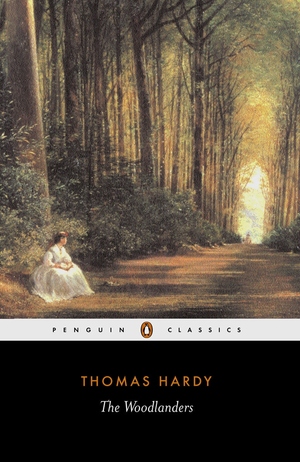 Thomas Hardy - The ​Woodlanders
For ​centuries Little Hintock has been sustained by the surrounding woodland. Now the villagers are caught up in a web of consuming emotion: the unspoken love of Mary South for Giles Winterbourne; his devotion to Grace Melbury; and the troubled relationship between Grace and Edred Fitzpiers. 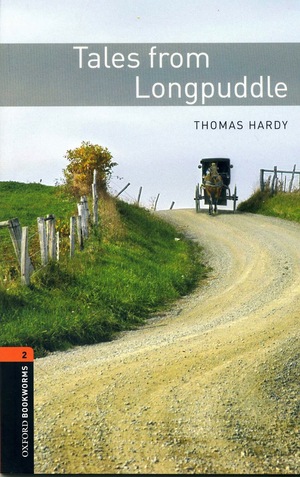 Thomas Hardy - Tales ​from Longpuddle (Oxford Bookworms)
Tony ​Kytes is a favourite with the girls but he's not terribly clever. If you meet an old girlfriend and she asks for a ride home in your wagon, do you say yes? And then if you meet the girl you are planning to marry, what do you do? Very soon, Tony is in a great muddle, and does not know how to escape from it. These stories are set in an English country village of the nineteenth century, but Hardy's tales of mistakes and muddles and marriages belong in any place, at any time. 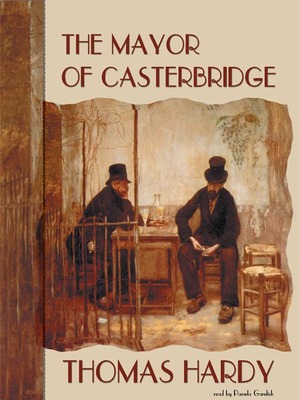 The ​Mayor of Casterbridge Thomas Hardy
0

Thomas Hardy - The ​Mayor of Casterbridge
A ​cruel joke at a country fair goes too far when a drunken laborer auctions off his wife and child to the highest bidder. Rich in descriptive powers and steeped in irony, Hardy's gripping tale unfolds amid a rural English community. It offers a spellbinding portrayal of ambition, rivalry, revenge, and repentance. 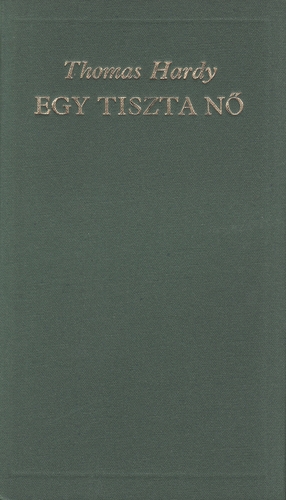 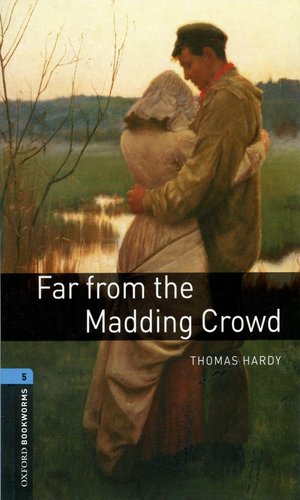 Thomas Hardy - Far ​from the Madding Crowd (Oxford Bookworms)
Bathsheba ​Everdene is young, proud, and beautiful. She is an independent woman and can marry any man she chooses - if she chooses. In fact, she likes her independence, and she likes fighting her own battles in a man's world. But it is never wise to ignore the power of love. There are three men who would very much like to marry Bathsheba. When she falls in love with one of them, she soon wishes she had kept her independence. She learns that love brings misery, pain, and violent passions that can destroy lives... Egyszerűsített olvasmány angol nyelven. Hasznos segítség a nyelvtanulásban. A kötet 5. nehézségi fokozatú, az olvasásához kb. 1800 szavas szókincs szükséges. "Oxford Bookworms Stage 5" 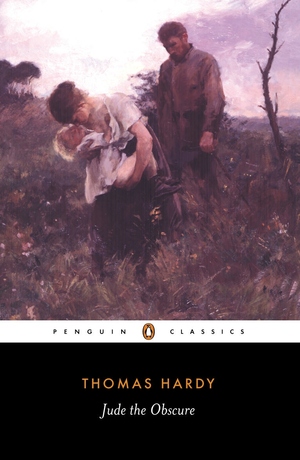 Thomas Hardy - Jude ​the Obscure (Penguin Readers)
"Upon ​its first appearance in 1895, Thomas Hardy's Jude the Obscure shocked Victorian critics and readers with a frank depiction of sexuality and an unbridled indictment of the institutions of marriage, education, and religion - reportedly causing one Anglican bishop to order the book publicly burned. The experience so exhausted Hardy that he never wrote a work of fiction again." Rich in symbolism, Jude the Obscure is the story of Jude Fawley and his struggle to rise from his station as a poor Wessex stone mason to that of a scholar at Christminster. It is also the story of Jude's ill-fated relationship with his cousin Sue Bridehead - and the ultimate tragedy that causes Jude's undoing and Sue's transformation. Jude the Obscure explores man's essential loneliness and remains one of Hardy's most widely read novels.