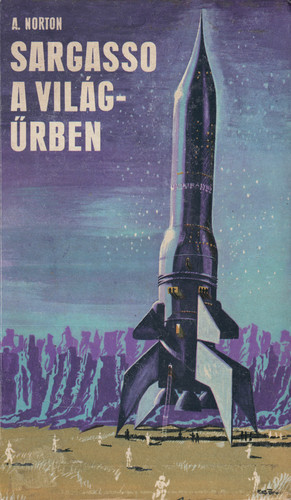 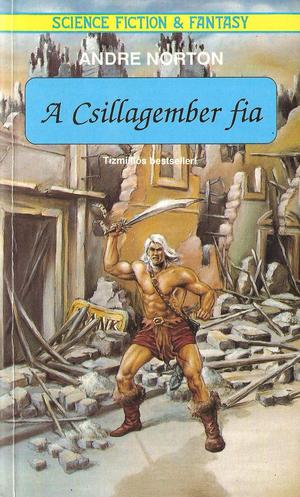 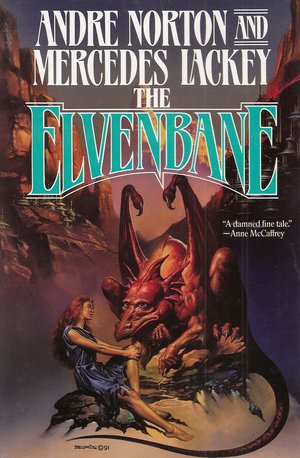 Andre Norton - Mercedes Lackey - The ​Elvenbane
Two ​masters of epic fantasy have combined in this brilliant collaboration to create a rousing tale of the sort that becomes an instant favorite. This is the story of Shana, a halfbreed born of the forbidden union of an Elvenlord father and a human mother. Her exiled mother dead, she was rescued and raised by dragons, a proud, ancient race who existed unbeknownst to elven or humankind. From birth, Shana was the embodiment of the Prophecy that the all-powerful Elvenlords feared. Her destiny is the enthralling adventure of a lifetime 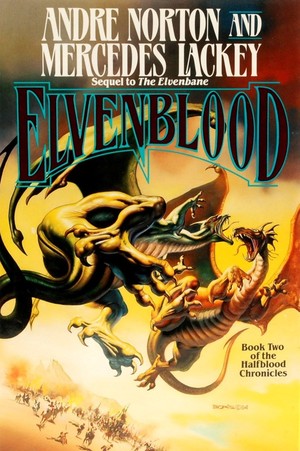 Andre Norton - Mercedes Lackey - Elvenblood
Elvenblood... ​To spill it was to invite terrible vengeance, as Shana, also known as the Elvenbane, had already discovered. She had been born into a world with one simple law - obey the elven lords, or be destroyed. Those elvenborn who had the strongest magic and pure elvenblood ruled all others: humans, halfbloods, and even elves of weaker magic, mere slaves who lived or died at the whim and fancy of their masters. Now change is in the wind, and what began with Shana's struggle has spread to become a rebellion of all the oppressed across the land.... If they could rise as one, the elven lords would be far outnumbered. But even so, none who would fight the lords are able to withstand their might. Their common cause must find in the elven masters some weakness, an Achilles' heel in the armor of their magical supremacy 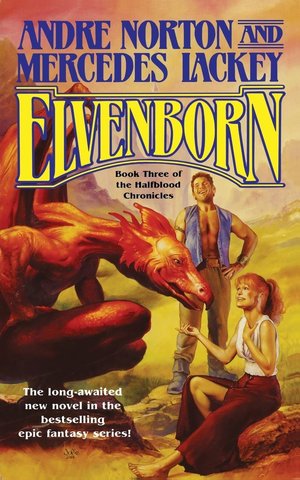 Andre Norton - Mercedes Lackey - Elvenborn
In ​this long-awaited new novel in The Halfblood Chronicles, fantasy greats Norton and Lackey tell the enthralling story of the reclusive elvenlord Kyrtian, who emerges as a hero in a world torn by politics and war. When his cousin, Aelmarkin, tries to prove that Kyrtian is unfit to run his estate, the plan backfires, and soon Kyrtian, who doesn't share the venal, greedy nature of his cousin, finds himself with more power than he ever wanted. Like his father before him, Kyrtian has always treated the humans on his estate like servants, instead of enslaving them as other elvenlords do. His father's legacy also leads Kyrtian to learn ancient military skills long since lost to elvenkind through the carelessness of the elvenlords. Kyrtian's rediscovered knowledge piques the interest of the current elvenlords, and soon Kyrtian finds himself appointed the new commander of the army, to the relief of his ruling peers. For the sons of the most powerful elvenlords, the Young Lords, have rebelled against their fathers and are waging war. But by taking advantage of both the privileges of his new command and the help of some unexpected new friends, Kyrtian finally gains the resources to embark on his own, personal quest--resuming his father's search for the Great Portal, the magical doorway through which the original elvenlords entered this world. As war rages between some sons and fathers, Kyrtian searches desperately for his own lost father, hoping to uncover not only the mystery of his disappearance, but also the secret behind the origin of elvenkind. 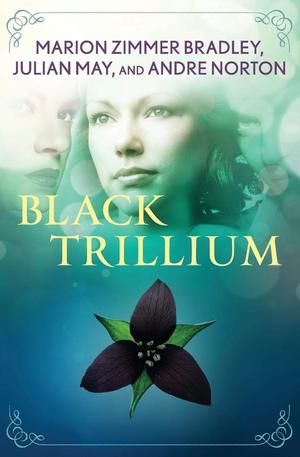 Marion Zimmer Bradley - Julian May - Andre Norton - Black ​Trillium
Those ​with the gift have the power One stormy night, three princesses are born. As each baby is placed into her mother's arms, so the Archimage Binah bestows on her a gift of great power: a pendant containing a bud of the long-extinct Black Trillium. One day that power will be all that protects the princesses from certain doom

Andre Norton - Daybreak ​- 2250 A.D.
Originally ​released in 1952 under the name "Star Man's Son" this story is set in a post-atomic war future. While that may seem cliche, at the time it was quite original. The story focuses on Fors, who lives in a remote mountain village.

No ​Night Without Stars Andre Norton
0

Andre Norton - No ​Night Without Stars
In ​a world nearly destroyed by a cataclysmic natural disaster, a young metalsmith leaves his own people to seek out some of the ancient skills and knowledge. 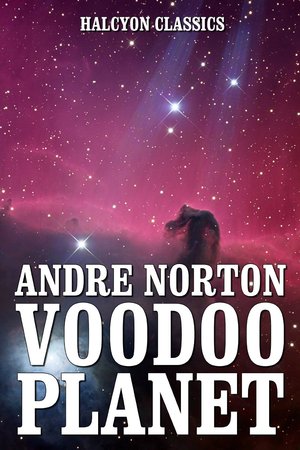 Andre Norton - Voodoo ​Planet
"Voodoo ​Planet" features Dane Thorson, a young man fortunate enough to land a job on the Free Trader ship, the "Solar Queen." Plying their trade among the stars, Free Traders visit planets -- known and unknown -- in search of profit. (Another novel featuring Dane Thorson, "Plague Ship," is also available from Wildside Press.) In "Voodoo Planet," Captain Jellico and the ship's medic, Tau, are invited to Khatka, a world settled by African refugees, to help unravel the secret of a witch doctor's growing power. Dane is invited along as cover, much to his delight. Khatka has been set up as an exclusive hunting preserve for the rich. With mysterious, possibly supernatural deaths at the hands of otherworldly creatures, disappearing equipment, and a witch doctor's "magic" (not to mention poachers!), it may be more than the crew of the Solar Queen can handle! Includes a new introduction by best-selling author John Gregory Betancourt written especially for this edition. 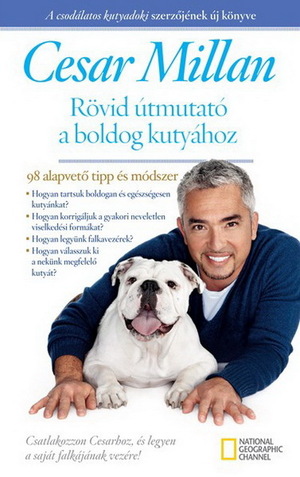