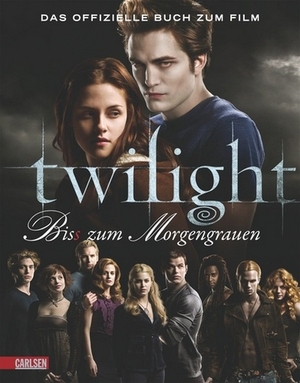 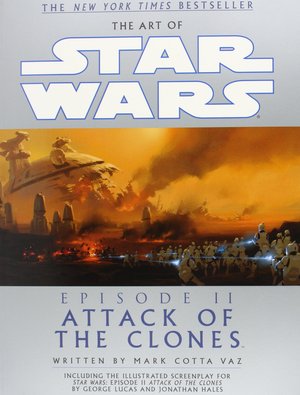 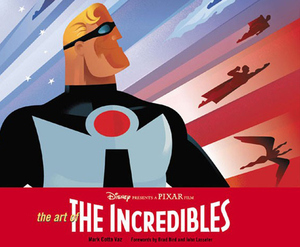 The ​Art of The Incredibles Mark Cotta Vaz
0

Mark Cotta Vaz - The ​Art of The Incredibles
From ​Pixar Animation Studios, the Academy Award winning studio that brought us such blockbusters as Toy Story, Monsters, Inc., and Finding Nemo, comes The Incredibles, a hilarious, action-packed story of a family of superheroes living an underground suburban existence. The sleekly designed settings and characters were conceptualized and developed by writer/director Brad Bird and Pixar's creative team of artists, illustrators, and designers, resulting in a celluloid sensation rich with detail. The Art of The Incredibles celebrates their talent, featuring concept and character sketches, storyboards, and lighting studies, and invites readers into the elaborate creative process of animation through interviews with all the key players at Pixar. With an 8-page gatefold and fabulous color art, this stunning book the only movie tie-in book for adults will delight film-goers, artists, and animation fans alike. 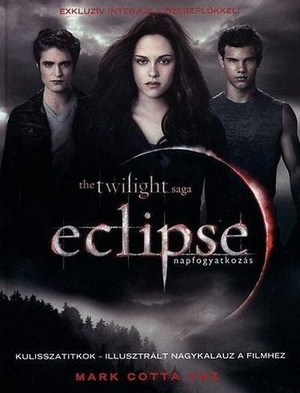 Mark Cotta Vaz - Steve Starkey - The ​Art of Beowulf
This ​fall, Academy Award -winning and groundbreaking director Robert Zemeckis offers a vision of the ancient epic poem "Beowulf" that has never been seen before. Actors Anthony Hopkins, Angelina Jolie, John Malkevich, and Robin Wright Penn bring to life this macabre dark ages tale. Fans of the intense, action-packed film will relish this extraordinary hardcover packed with lavish concept art from production designer Doug Chiang's revered studio (responsible for the design of Robota, Star Wars, Episode I, and War of the Worlds). Quotes from the production designers, artists, actors, and filmmakers complete this stunning homage to the genesis and visual execution of a unique motion picture. Preface by Robert Zemeckis Foreword by Neil Gaiman 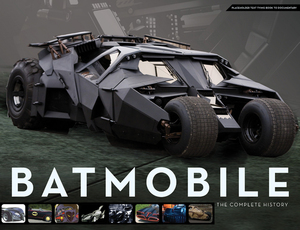 Mark Cotta Vaz - Batmobile: ​The Complete History
Here ​for the first time is the complete history of the sleek, sophisticated, incomparable Batmobile. From its humble beginnings in the pages of "Detective Comics," to its reimaginings every decade in the pages of DC Comics, to its unforgettable appearances on the big screen, this book explores each incarnation of the Batmobile in incredible detail and scope. In addition to comic books, the Batmobile has been immortalized in nearly every imaginable medium, including film, television, toys, and video games. Most recently, it was given breathtaking new life--and incredible capabilities--in Christopher Nolan's extraordinary film trilogy, which concludes with 2012's "The Dark Knight Rises." While each of the Batmobile's incarnations will be explored, special attention will be paid to the "Tumbler" Batmobile from "Batman Begins, The Dark Knight," and "The Dark Knight Rises." With stunning gatefolds and detailed specs, blueprints, and historical comparisons, "BATMOBILE: The Complete History" is an informational and visual delight for auto and Batman fans alike. It's an unparalleled and high-speed journey that will leave you breathless. BATMAN and all related characters and elements are trademarks of and (c) DC Comics. (s12) Mark Cotta Vaz - Godzilla: ​The Art of Destruction
Sixty ​years after Toho's original 1954 classic, the "King of the Monsters" once again dominates the big screen in _Godzilla_, directed by Gareth Edwards. A relative newcomer with just one acclaimed indie film under his belt, Edwards was tasked with leading an immense production team on a creative joruney that would end with the epic rebirth of a truly iconic character. _Godzilla: The Art of Destruction_ chronicles that joruney in vivid detail, from the intensive process of redesigning Godzilla to the uniquely dynamic shoot and the challenging post-production process. Packed with previously unseen art that illustrates the incredible design process undertaken to arrive at the most thrilling and evocative verison of the Godzilla character, _Godzilla: The Art of Destruction_ also showcases the stunning concept pieces, storyboards, sketches, and other artwork that formed the basis for the film's breathtakingly atmospheric visuals. Also featuring in-depth interviews with Edwards, the film's exceptional creative team, and the A-list cast - including Aaron Taylor-Johnson and Bryan Cranston - _Godzilla: The Art of Destruction_ charts every aspect of the movie's creation, from costume desing to visual effects to the creation of Godzilla's natural enemies, the MUTOs. Complete with a spectacular twelve-page "Monster Gatefold" and a _Godzilla_ theatrical poster, _Godzilla: The Art of Destruction_ is the ultimate companion book to the most earth-shattering film of 2014. 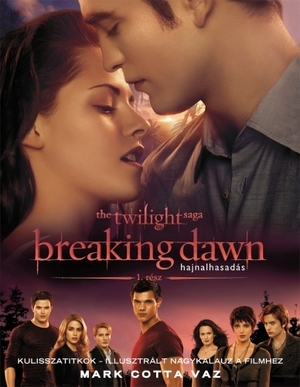 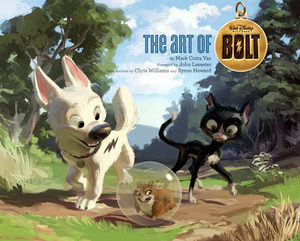 Mark Cotta Vaz - The ​Art of Bolt
Features ​a collection of more than 250 pieces of concept art, including storyboards, digital and pencil sketches, color scripts, maquettes, color illustrations, as well as material from the fabled Disney archives. This title contains essays that explore Disney's past, present, and future in animation. Mark Cotta Vaz - The ​Art of Finding Nemo
Hand-drawn ​storyboards, pastel paintings, and charcoal pencil sketches along with quotes from artists, directors, and designers illustrate the creative process of the animated film. 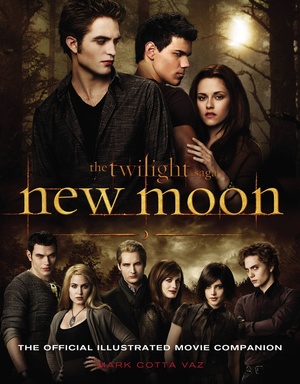 Mark Cotta Vaz - New ​moon - The official illustrated movie companion
Academy ​Award-nominated director Chris Weitz and his creative team have brought the second book in Stephenie Meyer's riveting vampire romance saga to the big screen. Inside this deluxe visual companion, get an intimate look at the creation of the film. With lavish, never-before-seen full-colour photographs, exclusive interviews with the cast and crew, and answers to questions about costume and set design, bestselling author Mark Cotta Vaz gives a special behind-the-scenes tour of the film millions have devoured. Inside you'll get a glimpse into the director's aesthetic inspiration, learn the secrets behind some of the film's most intense stunts, and learn just how a person can become a werewolf. 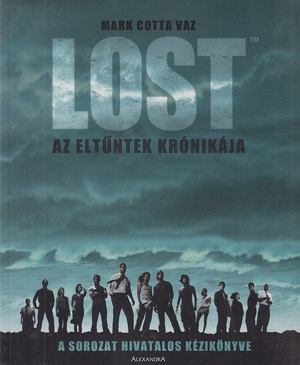 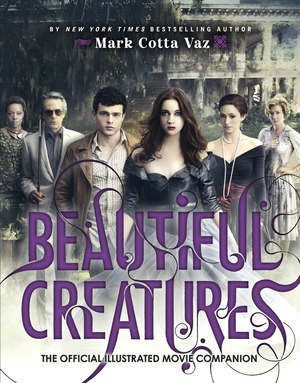 Mark Cotta Vaz - Beautiful ​Creatures - The Official Illustrated Movie Companion
Explore ​the making of the film "Beautiful Creatures" in this ultimate visual companion, lavishly illustrated with full-color photos of the cast, locations, and sets. This beautiful paperback edition celebrates the on-screen creation of Kami Garcia and Margaret Stohl's fascinating world, brought to life by screenwriter and director Richard LaGravenese. With never-before-seen images, exclusive interviews and personal stories, Mark Cotta Vaz takes you behind the scenes with cast and crew, uncovering intimate details of the film-making process. 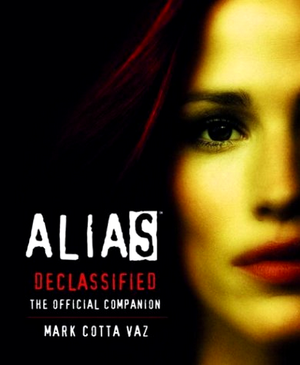 Mark Cotta Vaz - Alias ​Declassified
The ​only all-access AUTHORIZED behind-the-scenes look at the making of the smash TV show, with reflections and anecdotes that readers won't find anywhere else - from cast members, writers, and creator/executive producer J.J. Abrams. 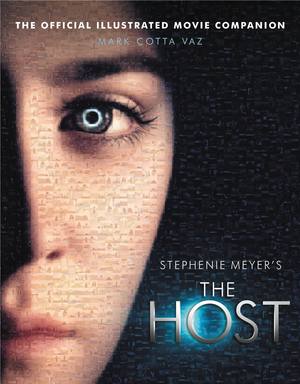 Mark Cotta Vaz - The ​Host - The Official Illustrated Movie Companion
Stephenie ​Meyer's novel The Host - one of the most unusual love stories ever written - has enthralled millions of readers around the world. Now acclaimed director Andrew Niccol brings The Host to the silver screen with a star-studded cast, stunning visuals, and breathtaking special effects. This definitive companion book takes fans behind the scenes with extensive full-colour photographs and exclusive interviews with the cast, crew, director and producers, including Stephenie Meyer. Offering an intimate look at the filmmaking process, New York Times bestselling author Mark Cotta Vaz tells the inside stories behind the exotic locations, massive sets and spectacular stunts, and shows how cast and crew come together to bring Meyer's extraordinary vision to life. 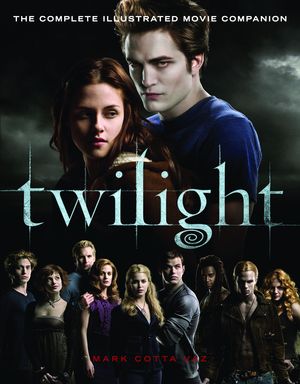 Mark Cotta Vaz - Twilight ​- The complete illustrated movie companion
Everything ​fans want to know about the hotly anticipated Twilight movie and much more... Designed as a celebration of the film, this lavishly illustrated paperback edition is an exclusive behind-the-scenes guide featuring full-color photos of the cast, locations, and sets, as well as storyboards, interviews, details of the special effects, and heaps more. 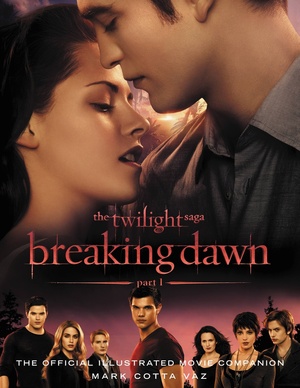 Mark Cotta Vaz - The ​Twilight Saga - Breaking Dawn: Part 1 - The Official Illustrated Movie Companion
Designed ​as a celebration of the film, this lavishly illustrated paperback edition is an exclusive behind-the-scenes guide featuring full-colour photos of the cast, locations and sets, as well as storyboards, interviews, details of the special effects and much more. 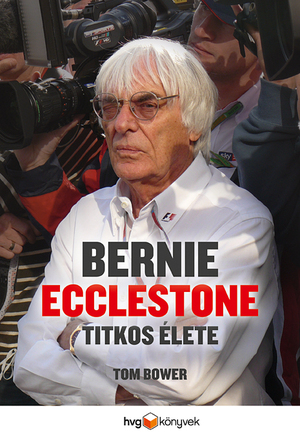