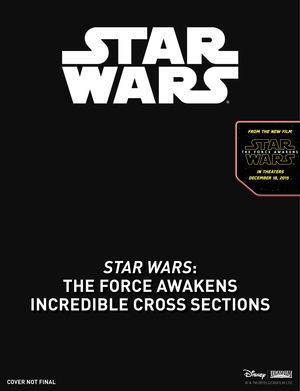 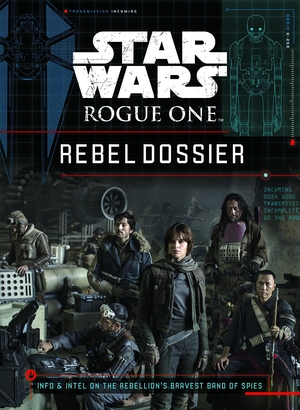 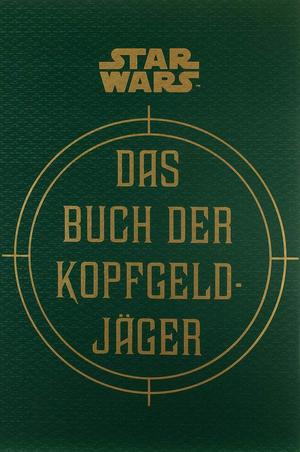 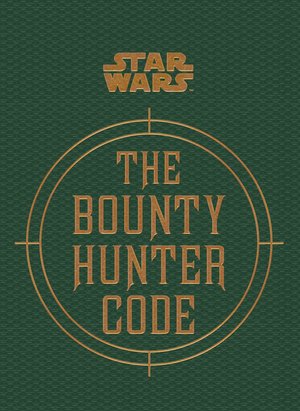 Daniel Wallace - Ryder Windham - Jason Fry - The ​Bounty Hunter Code
Legendary ​bounty hunter Boba Fett bound together two volumes of great personal significance: an edition of The Bounty Hunter's Guild Handbook, and a recruiting booklet issued by Death Watch, a secretive splinter group of Mandalorians. Together, these volumes make up The Bounty Hunter Code, detailing the skills needed to make a living beyond galactic law as well as the little-known history, philosophy, and gear of Death Watch. With notes from the books' former owners, this collection serves as a crucial guide to the bounty hunter's essential tools and techniques. 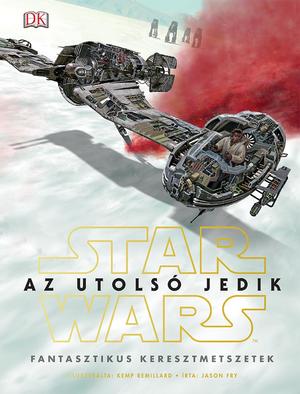 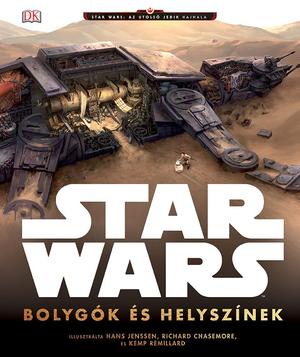 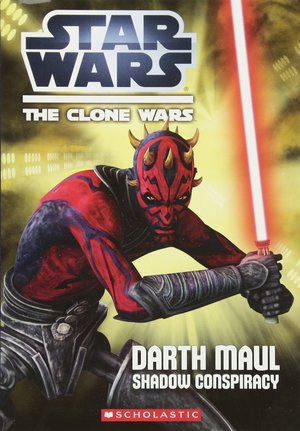 Jason Fry - Darth ​Maul: Shadow Conspiracy
Fueled ​by vengeance and rage, the newly reunited brothers Darth Maul and Savage Opress spread terror and violence. As they forcibly recruit criminals from the darkest corners of the Outer Rim to join their army, the brothers begin to consolidate their new criminal empire in an effort to bring out Darth Maul’s most hated enemy: Obi-Wan Kenobi. With the backing of an army composed of the galaxy’s most vicious criminal organizations, there is nothing that stands in Maul’s way that he cannot crush. Will Darth Maul have his vengeance against Obi-Wan Kenobi, or will the Jedi Knight escape his grasp? And if so, at what cost? 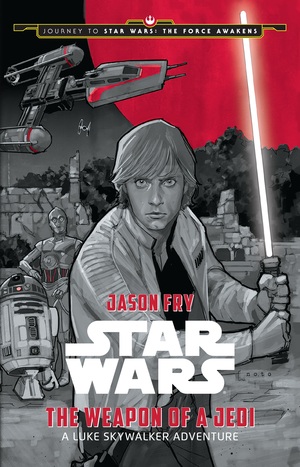 The ​Weapon of a Jedi Jason Fry
1

Jason Fry - The ​Weapon of a Jedi
Luke ​Skywalker returns for an all-new adventure in this thrilling upper middle grade novel. Set between Star Wars: A New Hope and Star Wars: The Empire Strikes Back, the story finds Luke Skywalker, C-3PO, and R2-D2 stranded on a mysterious planet, and explores a dangerous duel between Luke and a strange new villain. Hidden in the story are also clues and hints about the upcoming film Star Wars: The Force Awakens, making this a must-read for fans old and new! 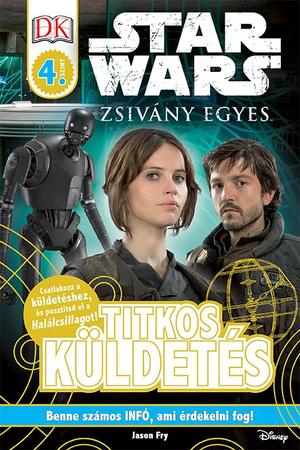 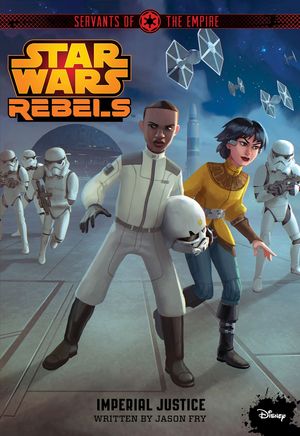 Jason Fry - Imperial ​Justice
The ​Servants of the Empire series continues! As a new student at Lothal's Imperial Academy, Zare Leonis does everything it takes to pass as a model cadet. But, secretly he is a hidden spy among Imperial loyalists, determined to discover the truth about his missing sister and to bring down the Empire. Luckily, he has his tech-savvy girlfriend, Merei, by his side, willing to help him however she can--even if it means dealing with criminals in the shadiest parts of Capital City. In the meantime, Zare must face down a dangerous foe of his own: Captain Roddance, who seems bent on pushing Zare to his breaking point. Join these rebellious cadets as they risk everything to take on the fearsome Empire. 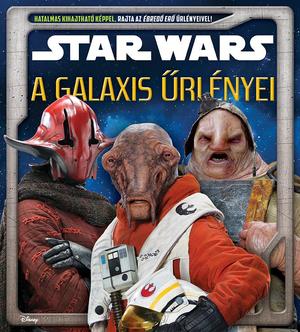 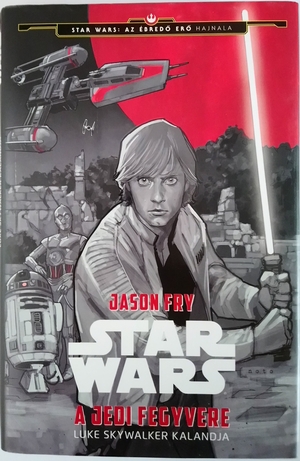 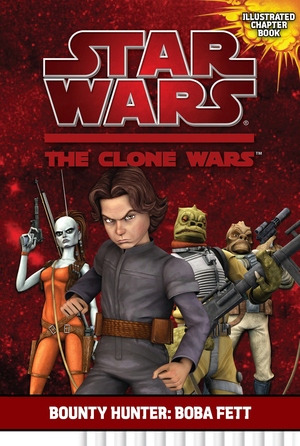 Jason Fry - Bounty ​Hunter: Boba Fett
One ​day, Boba fett will become the most fearsome bounty hunter in the galaxy, but for now he's just a lost boy with a dark past. However, when young Boba tracks down the Jedi that robbed him of his childhood, he finds himself taking the first steps toward his destiny. 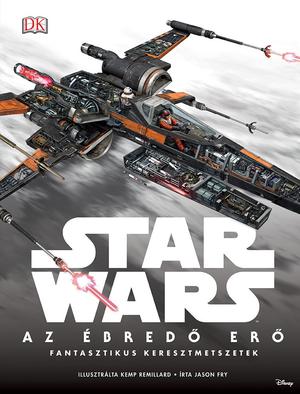 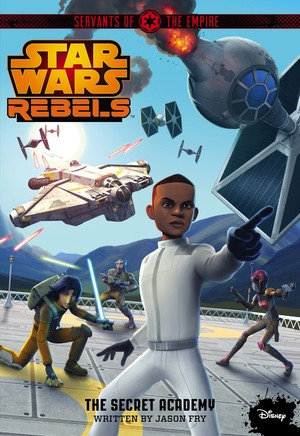 Jason Fry - The ​Secret Academy
What ​if you uncovered a conspiracy that reached to every corner of the Galactic Empire--and you were the only one who knew about it? This action-packed conclusion to the Servants of the Empire tells an original story of intrigue, espionage, and coming of age, all set in the world of Star Wars Rebels. 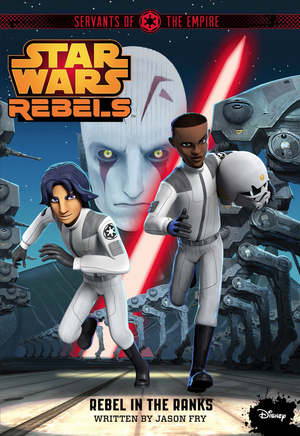 Rebel ​in the Ranks Jason Fry
0

Jason Fry - Rebel ​in the Ranks
As ​a new student at Lothal's Imperial Academy, Zare Leonis does everything it takes to pass as a model cadet. But secretly, he is a hidden enemy among Imperial loyalists, determined to discover the truth about his missing sister and to bring down the Empire. Luckily, he has his tech-savvy girlfriend Merei by his side, willing to help him however she can-even if it means dealing with criminals in the shadiest parts of Capital City. In the meantime Zare must face down a dangerous foe of his own: Lieutenant Curahee, who seems bent on pushing Zare to his breaking point. Join these rebellious cadets as they risk it all to take on the fearsome Empire. 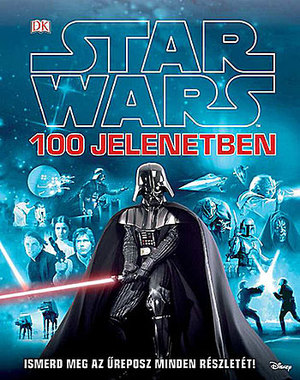 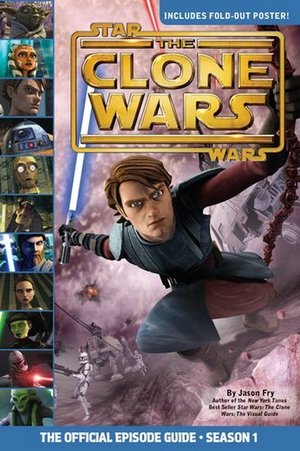 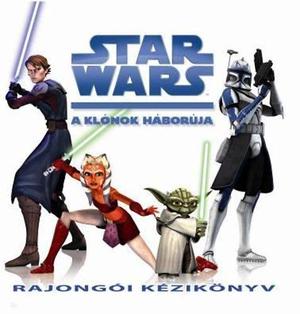 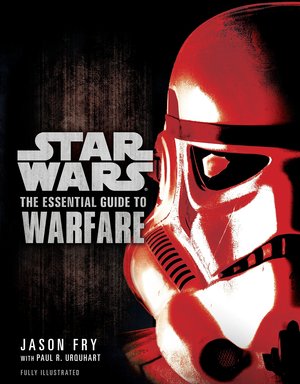 Jason Fry - Paul R. Urquhart - Star ​Wars - The Essential Guide to Warfare
THE ​DEFINITIVE GUIDE TO THE ULTIMATE INTERGALACTIC BATTLEFIELD Like many a great epic, Star Wars is rooted in a rich history of armed conflict. Now, for the first time, the facts, figures, and fascinating backstories of major clashes and combatants in the vast Star Wars universe have been documented in one fully illustrated volume. Extensively researched and inventively written, Star Wars: The Essential Guide to Warfare combines action-filled narrative with encyclopedic knowledge that * EXPLORES NOTABLE MILITARY UNITS AND GROUPS * TRACES THE DEVELOPMENT OF SIGNIFICANT ARMAMENTS AND TECHNOLOGIES * PROFILES KEY WARSHIP CLASSES, GROUND UNITS, AND MANUFACTURERS * PROVIDES CAPSULE BIOGRAPHIES OF GREAT MILITARY LEADERS * PRESENTS EYEWITNESS TROOPERS' ACCOUNTS OF COMBAT * PLUS-ENOUGH ADDITIONAL PROFILES, INTEL, HISTORY, AND LORE TO SPAN THE COSMOS! Encompassing all the Star Wars media, including the legendary films, the hit TV series Star Wars: The Clone Wars, the bestselling books, comics, and videogames, and packed with original full-color artwork, Star Wars: The Essential Guide to Warfare is a conquering achievement. 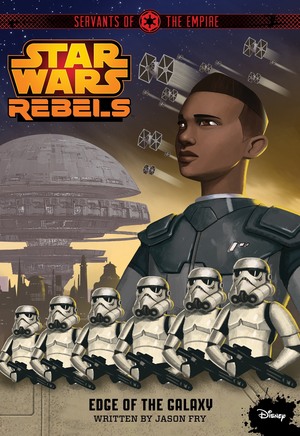 Edge ​of the Galaxy Jason Fry
0

Jason Fry - Edge ​of the Galaxy
Zare ​Leonis seems destined to become a poster boy for the Empire. His sister Dhara has been accepted into the esteemed Imperial Academy on Lothal and Zare is confident he'll join her in a year's time. But a year can bring plenty of unwelcome changes. Not only does he begin to uncover the Empire's destructive plans for Lothal and the livelihood of its people, but his unease hits home when Dhara goes mysteriously missing. Zare is forced to question everything and rethink what it means to be a good servant of the Empire. This first book in an original series gives readers an insider's look into a different part of the world of Star Wars Rebels. 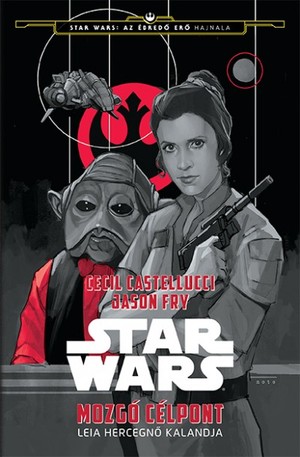 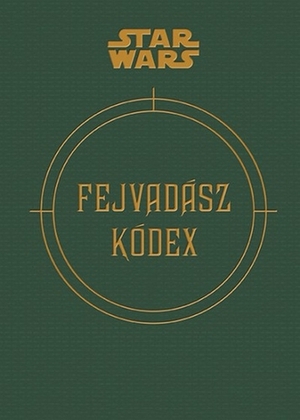 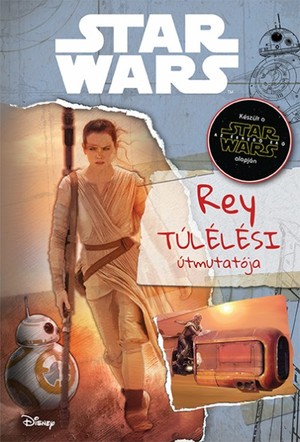 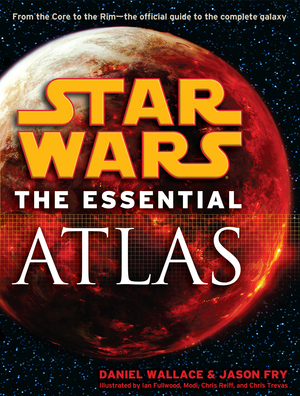 Daniel Wallace - Jason Fry - Star ​Wars - The Essential Atlas
Navigate ​the Star Wars universe as you never have before–with this fully illustrated, full-color guide that maps the entire galaxy. You know the planets–from Alderaan and Corellia to Tatooine and Zonama Sekot–and the star systems, from the Deep Core to the Outer Rim. But now, for the first time, you can pinpoint their locations and chart the travels of your favorite characters through the vast reaches of space. Star Wars: The Essential Atlas is a galaxy-spanning trove of vital statistics and information ranging from the astronomical and geographical (“Systems, Sectors, Oversectors, and Regions”) to the historical and political (“The Sith Empire” and “The Great Hyperspace War”). Encompassing the entire Star Wars canon, including all the films, and the Clone Wars television series, plus the novels, comic books, video games, and more, this volume is packed with dozens of detailed maps and charts, as well as pertinent data and accompanying facts on • the Empire: its length and breadth, political regions, populations, trade routes, major attractions, and trouble spots • the Clone Wars: the trajectory of this decisive conflict across the universe, data on key battles and major Loyalist and Separatist worlds • the adventures of Han Solo: the heroic rogue’s exploits throughout the galaxy–including his captaincy of the Millennium Falcon and his first, fateful meeting with Chewbacca–before his life-changing alliance with Luke Skywalker and Obi-Wan Kenobi • the Sith Wars: the progression of the universal clash between the ancient Jedi Order, their dark side counterparts, and the Mandalorian warriors who fought against both orders • and much, much more From Hutt Space to the Unknown Regions, from the Knights of the Old Republic and Episode I to the Fate of the Jedi and Legacy era, Star Wars: The Essential Atlas is the ultimate gateway to space fantasy’s most brilliantly imagined and endlessly intriguing galaxy. 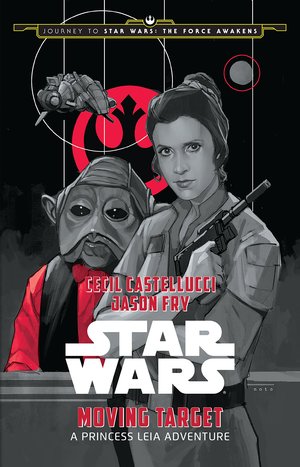 Cecil Castellucci - Jason Fry - Moving ​Target
Princess ​Leia returns for an all-new adventure in this thrilling upper middle grade novel. Set between Star Wars: The Empire Strikes Back and Star Wars: The Return of the Jedi, the story follows the warrior princess as she leads a ragtag group of rebels on a dangerous mission against the evil Galactic Empire. Hidden in the story are also hints and clues about the upcoming film Star Wars: The Force Awakens, making this a must-read for fans old and new!