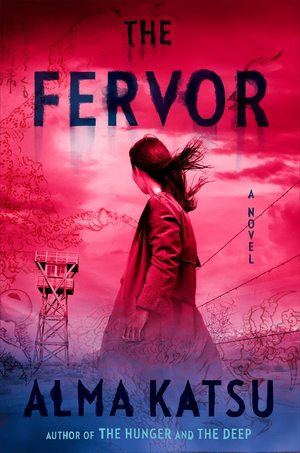 Alma Katsu - The ​Fervor
From ​the acclaimed and award-winning author of The Hunger and The Deep comes a new psychological and supernatural twist on the horrors of the Japanese American internment camps in World War II. 1944: As World War II rages on, the threat has come to the home front. In a remote corner of Idaho, Meiko Briggs and her daughter, Aiko, are desperate to return home. Following Meiko's husband's enlistment as an air force pilot in the Pacific months prior, Meiko and Aiko were taken from their home in Seattle and sent to one of the internment camps in the Midwest. It didn’t matter that Aiko was American-born: They were Japanese, and therefore considered a threat by the American government. Mother and daughter attempt to hold on to elements of their old life in the camp when a mysterious disease begins to spread among those interned. What starts as a minor cold quickly becomes spontaneous fits of violence and aggression, even death. And when a disconcerting team of doctors arrive, nearly more threatening than the illness itself, Meiko and her daughter team up with a newspaper reporter and widowed missionary to investigate, and it becomes clear to them that something more sinister is afoot, a demon from the stories of Meiko’s childhood, hell-bent on infiltrating their already strange world. Inspired by the Japanese yokai and the jorogumo spider demon, The Fervor explores a supernatural threat beyond what anyone saw coming; the danger of demonization, a mysterious contagion, and the search to stop its spread before it’s too late. 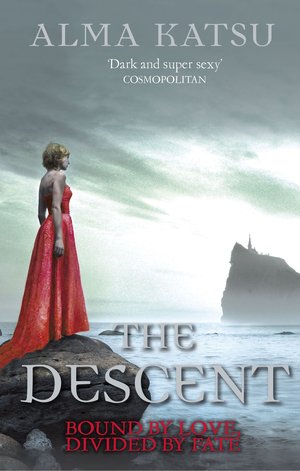 Alma Katsu - The ​Descent
The ​final installment in the “mesmerizing” (Booklist, starred review) and addictive trilogy - find out who truly holds the key to Lanny’s heart and whether she’ll ever be reunited with her beloved in this gripping supernatural tale of magic, lust, and longing. Lanore McIlvrae has been on the run from Adair for hundreds of years, dismayed by his mysterious powers and afraid of his temper. She betrayed Adair’s trust and imprisoned him behind a stone wall to save Jonathan, the love of her life. When Adair was freed 200 years later, she was sure that he would find her and make her existence a living hell. But things turned out far different than she’d imagined. Four years later, Lanore has tracked Adair to his mystical island home, where he has been living in self-imposed exile, to ask for a favor. She wants Adair to send her to the hereafter so she may beg the Queen of the Underworld to release Jonathan, whom she has been keeping as her consort. Will Lanore honor her promise to Adair to return? Or is her intention to reunite with Jonathan at any cost? Of all the forces of the universe, the most mysterious, confounding, and humbling is the power of love. The epic story of love and loss, magic and destiny that began with The Taker and sparked a chase around the world in The Reckoning comes to a surprising conclusion with The Descent. 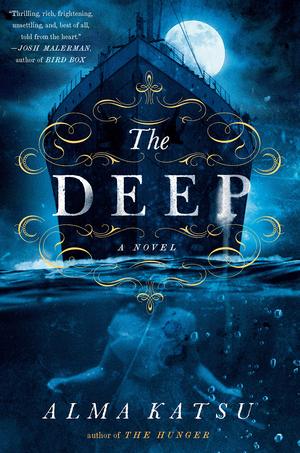 Alma Katsu - The ​Deep
From ​the acclaimed and award-winning author of The Hunger comes an eerie, psychological twist on one of the world's most renowned tragedies, the sinking of the Titanic and the ill-fated sail of its sister ship, the Britannic. Someone, or something, is haunting the ship. That is the only way to explain the series of misfortunes that have plagued the passengers of the Titanic from the moment they set sail. The Titanic's passengers expected to enjoy an experience befitting the much-heralded ship's maiden voyage, but instead, amid mysterious disappearances and sudden deaths, find themselves in an eerie, unsettling twilight zone. While some of the guests and crew shrug off strange occurrences, several--including maid Annie Hebbley, guest Mark Fletcher, and millionaires Madeleine Astor and Benjamin Guggenheim--are convinced there's something more sinister going on. And then disaster strikes. Years later, Annie, having survived that fateful night, has attempted to put her life back together by going to work as a nurse on the sixth sailing of the Britannic, newly refitted as a hospital ship to support British forces fighting World War I. When she happens across an unconscious Mark, now a soldier, she is at first thrilled and relieved to learn that he too survived the tragic night four years earlier. But soon his presence awakens deep-buried feelings and secrets, forcing her to reckon with the demons of her past--as they both discover that the terror may not yet be over. Featuring an ensemble cast of characters and effortlessly combining the supernatural with the height of historical disaster, The Deep is an exploration of love and destiny, desire and innocence, and, above all, a quest to understand how our choices can lead us inexorably toward our doom. 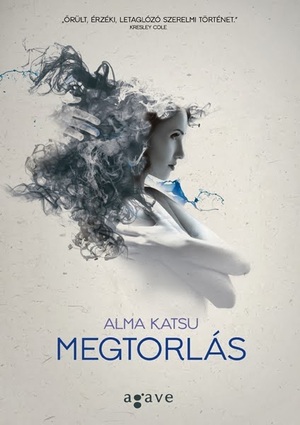 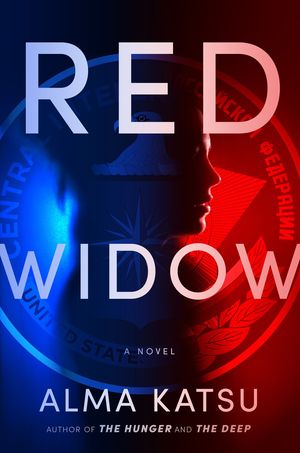 Alma Katsu - Red ​Widow
An ​exhilarating spy thriller about two women CIA agents who become intertwined around a threat to the Russia Division--one that's coming from inside the agency. Lyndsey Duncan worries her career with the CIA might be over. After lines are crossed with another intelligence agent during her most recent assignment, she is sent home to Washington on administrative leave. So when a former colleague, now Chief of the Russia Division, recruits her for an internal investigation, she jumps at the chance to prove herself once more. Lyndsey was once a top handler in the Moscow Field Station, known as the "human lie detector" and praised for recruiting some of the most senior Russian officials. But now, three Russian assets have been discovered--including one of her own--and the CIA is convinced there's a mole in the department. With years of work in question, and lives on the line, Lyndsey is thrown back into life at the agency, only this time tracing the steps of those closest to her. Meanwhile, fellow agent Theresa Warner can't avoid the spotlight. She is the infamous "Red Widow," the wife of a former director killed in the field under mysterious circumstances. With her husband's legacy shadowing her every move, Theresa is a fixture of the Russia Division, and as she and Lyndsey strike up an unusual friendship, her knowledge proves invaluable. But as Lyndsey uncovers a surprising connection to Theresa that could answer all of her questions, she exposes a terrifying web of secrets within the department, if only she is willing to unravel it... 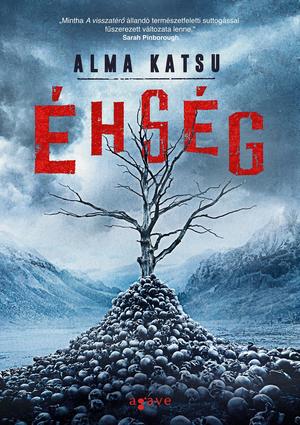 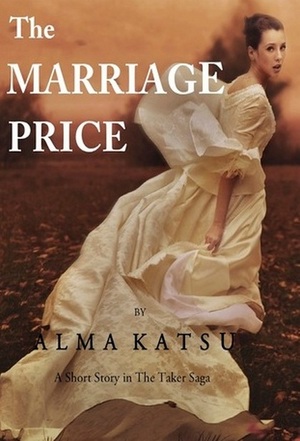 Alma Katsu - The ​Marriage Price
DREAMS ​CAN COME TRUE—BUT THE PRICE IS STEEP in this short story from THE TAKER saga Evangeline McDougal is the luckiest girl in St. Andrew, Maine. She’s to wed Jonathan St. Andrew, eldest son of the town’s founder and heir to the timber business that has made the St. Andrews one of the wealthiest families in the state. Nor does it hurt that her bridegroom is so very handsome. Irresistible, in fact. And when rumors fly about her husband-to-be and several of the other girls in town. . . . What is Evangeline to think? There is a price to pay for her marriage to Jonathan, but surely it is worth the cost. Isn’t it?

Alma Katsu - The ​Witch Sisters
In ​the magical fens wood, Adair meets a pair of sister witches who turn out to be more—much more—than he bargained for in this short story, a prequel to the third book in The Taker Trilogy, THE DESCENT. 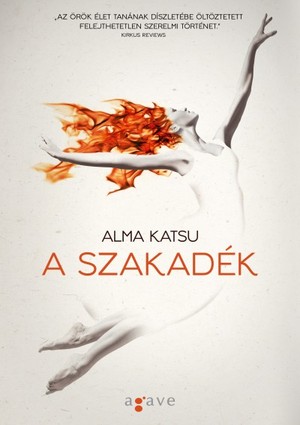 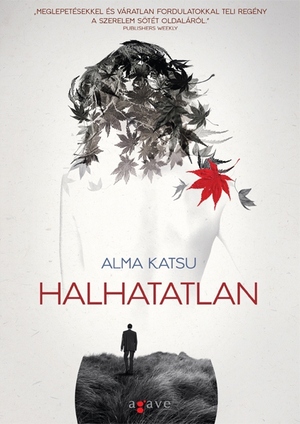 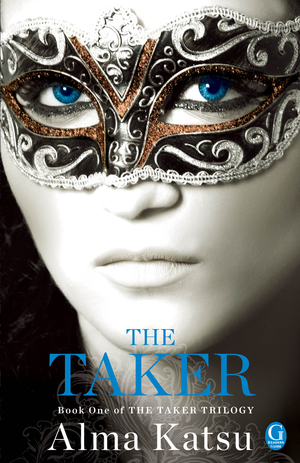 Alma Katsu - The ​Taker
Described ​as an "epic supernatural romance," The TAKER combines historical fiction with a supernatural element for a dark romantic story that's "astonishing... heartbreaking and magical." In the novel, set in the 19th century, a girl from northern Maine falls for and gets impregnated by a wealthy local out of her social league. When she flees to Boston to have the baby, she gets swept up by a group of immortal beings, and a tricky love triangle develops after the leader of the undying crew falls for her and gives her everlasting life. 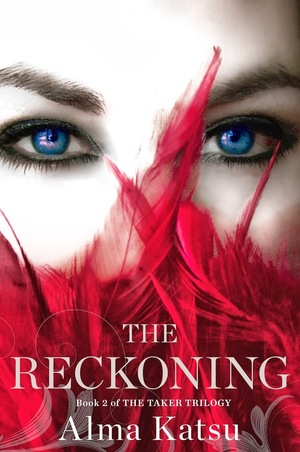 Alma Katsu - The ​Reckoning
A ​love triangle spanning 200 years…Alma Katsu takes readers on a breathtaking journey through the landscape of the heart. New York Times bestselling author Scott Westerfeld (Leviathan) praises Alma Katsu’s The Taker as, “a centuries-spanning epic that will keep you turning pages all night. This marvelous debut is a thinking person’s guilty pleasure.” And Keith Donohue (The Stolen Child) says, “The Taker is a frighteningly compelling story about those most human monsters—desire and obsession. It will curl your hair and keep you up late at night.” Now Alma Katsu delivers the highly anticipated follow-up to her haunting novel about an immortal woman learning firsthand that the heart wants what the heart wants…no matter how high the stakes. Fans of The Taker can finally indulge in their next juicy fix with the second book of the trilogy, The Reckoning. In this gripping, pulse-pounding supernatural sequel, discover what happens to Lanny, Luke, Adair—and Jonathan. The Reckoning picks up where The Taker leaves off, following Lanny on her path to redemption—and creating a whole new level of suspense. 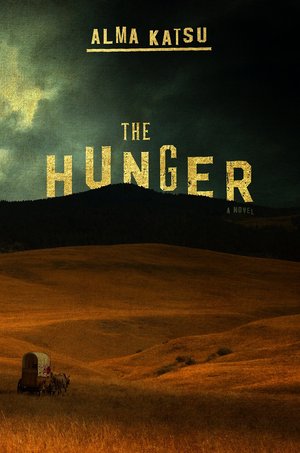 Alma Katsu - The ​Hunger
_The ​Hunger_ is a tense and gripping reimagining of one of America's most fascinating historical moments: the Donner Party with a supernatural twist. _Evil is invisible, and it is everywhere._ Tamsen Donner must be a witch. That is the only way to explain the series of misfortunes that have plagued the wagon train known as the Donner Party. Depleted rations, bitter quarrels, and the mysterious death of a little boy have driven the pioneers to the brink of madness. They cannot escape the feeling that someone--or something--is stalking them. Whether it was a curse from the beautiful Tamsen, the choice to follow a disastrous experimental route West, or just plain bad luck--the 90 men, women, and children of the Donner Party are at the brink of one of the deadliest and most disastrous western adventures in American history. While the ill-fated group struggles to survive in the treacherous mountain conditions--searing heat that turns the sand into bubbling stew; snows that freeze the oxen where they stand--evil begins to grow around them, and within them. As members of the party begin to disappear, they must ask themselves "What if there is something waiting in the mountains? Something disturbing and diseased...and very hungry?" Effortlessly combining the supernatural and the historical, The Hunger is an eerie, thrilling look at the volatility of human nature, pushed to its breaking point. 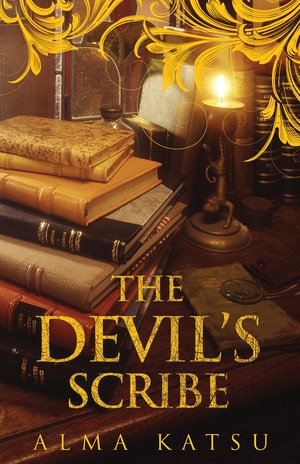 Alma Katsu - The ​Devil's Scribe
Fans ​of the Taker trilogy will love this original eBook novella featuring the series’ immortal heroine, Lanny...and Edgar Allen Poe! In this eShort story, Lanore McIlvrae returns to America for the first time in 20 years—after decades of running from her past—to confront the source of her fear. The year is 1846 and Lanore—Lanny—has just landed in Baltimore after a long transatlantic crossing. That very night, she meets an “unattractive man with a high forehead and sunken eyes, and a tiny, pinched mouth like a parrot’s beak” who claims to write stories so dark and unsettling that he could be the Devil’s Scribe. His name? Edgar Allan Poe. Has Lanny finally met her match in this macabre man…or is it the other way around? 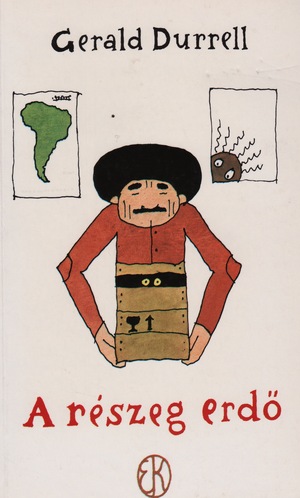