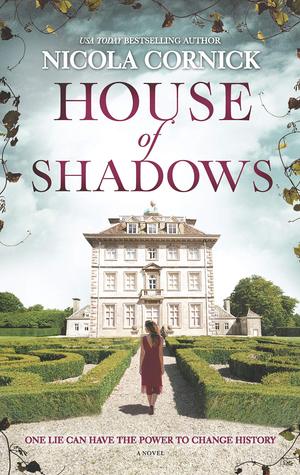 Nicola Cornick - House ​of Shadows
The ​wooded hills of Oxfordshire conceal the remains of the aptly named Ashdown House—a wasted pile of cinders and regret. Once home to the daughter of a king, Ashdown and its secrets will unite three women across four centuries in a tangle of intrigue, deceit and destiny… In the winter of 1662, Elizabeth Stuart, the Winter Queen, is on her deathbed. She entrusts an ancient pearl, rumored to have magic power, to her faithful cavalier William Craven for safekeeping. In his grief, William orders the construction of Ashdown Estate in her memory and places the pearl at its center. One hundred and fifty years later, notorious courtesan Lavinia Flyte hears the maids at Ashdown House whisper of a hidden treasure, and bears witness as her protector Lord Evershot—desperate to find it—burns the building to the ground. Now, a battered mirror and the diary of a Regency courtesan are the only clues Holly Ansell has to finding her brother, who has gone missing researching the mystery of Elizabeth Stuart and her alleged affair with Lord Craven. As she retraces his footsteps, Holly’s quest will soon reveal the truth about Lavinia and compel her to confront the stunning revelation about the legacy of the Winter Queen. 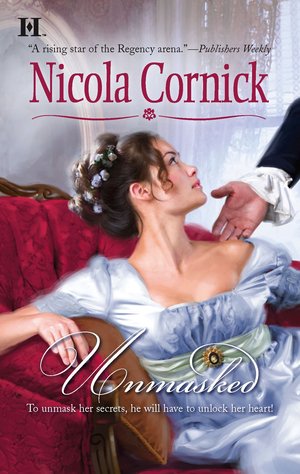 Nicola Cornick - Unmasked
Wickedly ​handsome Nick Falconer would stake his life on it! He's been sent from London to the tranquil English village of Peacock Oak to solve the murder of his cousin Rashleigh and unmask this female Robin Hood. But Nick never expected that Mari would be so intoxicatingly beautiful or so disturbingly luscious. Determined to have her--body, soul and secrets--at any cost, Nick sets out to seduce her with a passion that inflames them both.But Mari holds much deeper, darker truths than Nick could ever imagine. Despite her fierce resistance, she can't stop her body from yearning for his touch. Can she hide her sinister past from him much longer? Or will trusting the one man she so desperately wants lead her straight to the hangman's noose? 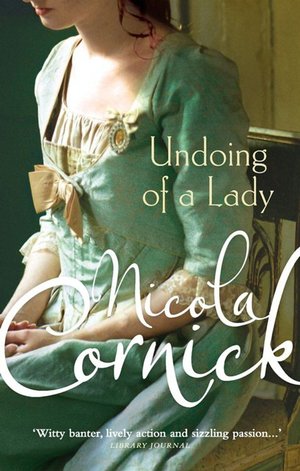 The ​Undoing of a Lady Nicola Cornick
0

Nicola Cornick - The ​Undoing of a Lady
Courting ​scandal since girlhood, free-spirited Lady Elizabeth Scarlet vows there is just one way to save her childhood friend from a loveless marriage: to kidnap him! But Nathaniel is furious. So angry that he challenges her to take their assignation to its natural conclusion and seduce him. When her inexperienced attempt flares into intense passion, Lizzie is ruined.and hopelessly, unexpectedly, in love with Nathaniel, the Earl of Waterhouse. Now the wild and willful Lizzie must convince Nat that they are a perfect match - in every way. 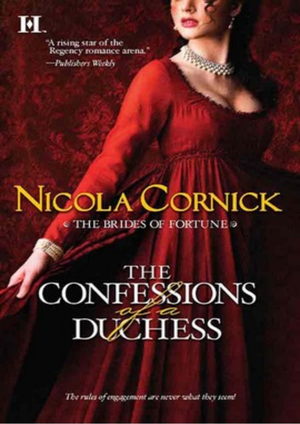 The ​Confessions of a Duchess Nicola Cornick
0

Nicola Cornick - The ​Confessions of a Duchess
When ​an ancient tax law is invoked requiring all unmarried ladies to either wed or surrender half their wealth, it's not long before the quiet village of Fortune's Folly is overrun by a swarm of fortune-hunting bachelors. Marry again? Never! Not after what Laura, the dowager duchess, was forced to endure. Even if the arrival of her onetime paramour, Dexter Anstruther, is oh-so-tempting, she knows the secret she's kept from him would destroy any chance at a future together. Young, handsome and scandalously enticing, Dexter suspects Laura has a hidden motive for resisting his charms.and he intends to expose her, by any means necessary. 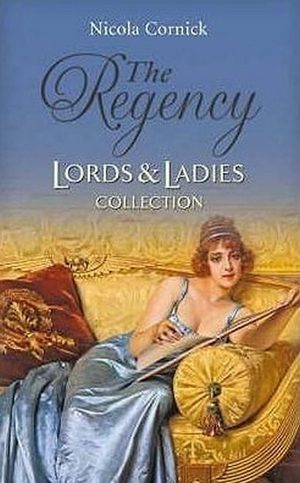 One ​Night of Scandal / The Rake's Mistress Nicola Cornick
0

Nicola Cornick - One ​Night of Scandal / The Rake's Mistress
ONE ​NIGHT OF SCANDAL: Deborah Stratton is a respectable widow, but she hides a secret which means she'll never marry again. Lord Richard Kestrel is London's most notorious rake. A man who has already shockingly offered to make Deborah his mistress. Now Richard has come to realise it is Deborah's hand in marriage he wants - but not before they share one night of scandal! THE RAKE'S MISTRESS: Lord Lucas Kestrel's anger turns to desire when he meets Miss Rebecca Raleigh. He believes that she's one of the scandalous Archangel courtesans, but he quickly discovers that not only is she innocent she is, in fact, the woman he's seeking... But Lucas, the rake without a heart, hasn't bargained on falling in love with the one woman he can't have. 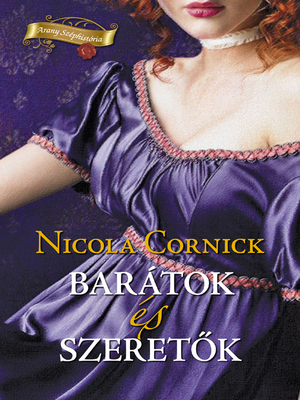 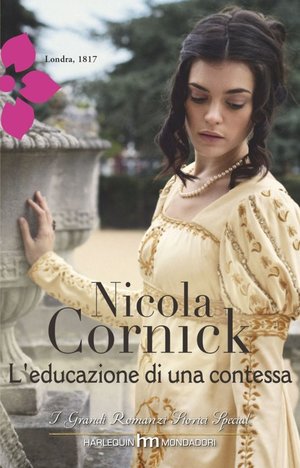 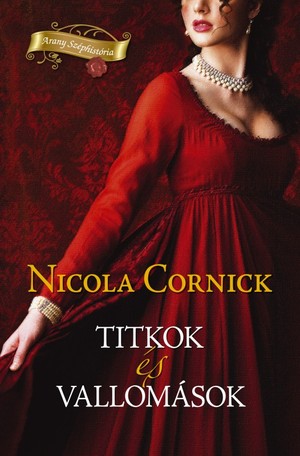 The ​Scandals of an Innocent Nicola Cornick
0

Nicola Cornick - The ​Scandals of an Innocent
Miss ​Alice Lister feels anything but respectable. Bad enough that she is a maid-turned-heiress. Now the insufferably attractive Lord Miles Vickery is certain he can gain her fortune by blackmailing her into marriage - even though it was his deceitful charm that broke her heart once before. But she's positive the terms of her inheritance will prove an impossible task. After all, what rake could be completely honest for three long months? For his part, Miles finds his newfound frankness invaluable in entangling Alice in positions deliciously unbecoming of a lady. Of course, he doesn't yet know that he's falling hopelessly in love with this formidable innocent.or that he will soon go to impossible lengths to prove himself hers forever... 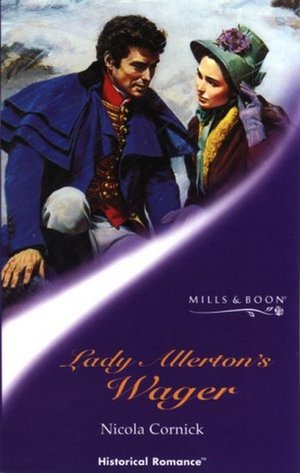 Nicola Cornick - Lady ​Allerton's Wager
Beth ​Allerton was prone to impetuosity. But making a wager with Marcus. Earl of Trevithick, was surely the most dangerous thing she had ever done. If she won, her prize would be the estate at Fairhaven. If she lost, the penalty was to become his mistress! Attending a Cyprians’ Ball in disguise was shocking behaviour for a lady, let alone indulging in games of chance. But what would be even more scandalous, if it were known, was that a small part of Lady Allerton secretly hoped she might lose... 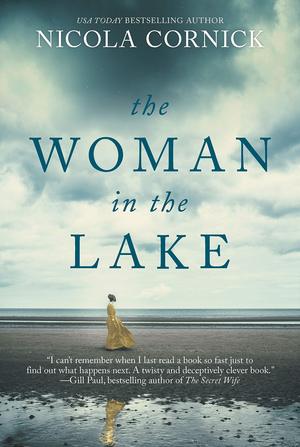 The ​Woman in the Lake Nicola Cornick
0

Nicola Cornick - The ​Woman in the Lake
From ​the bestselling author of House of Shadows and The Phantom Tree comes a spellbinding tale of jealousy, greed, plotting and revenge—part history, part mystery—for fans of Kate Morton, Susanna Kearsley and Barbara Erskine London, 1765 Lady Isabella Gerard, a respectable member of Georgian society, orders her maid to take her new golden gown and destroy it, its shimmering beauty tainted by the actions of her brutal husband the night before. Three months later, Lord Gerard stands at the shoreline of the lake, looking down at a woman wearing the golden gown. As the body slowly rolls over to reveal her face, it’s clear this was not his intended victim… 250 Years Later… When a gown she stole from a historic home as a child is mysteriously returned to Fenella Brightwell, it begins to possess her in exactly the same way that it did as a girl. Soon the fragile new life Fen has created for herself away from her abusive ex-husband is threatened at its foundations by the gown’s power over her until she can't tell what is real and what is imaginary. As Fen uncovers more about the gown and Isabella’s story, she begins to see the parallels with her own life. When each piece of history is revealed, the gown—and its past—seems to possess her more and more, culminating in a dramatic revelation set to destroy her sanity. 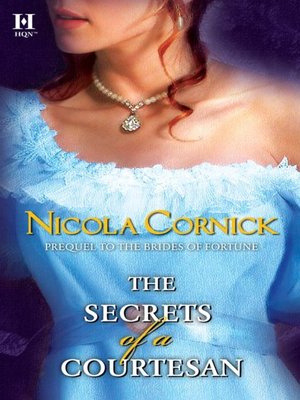 The ​Secrets of a Courtesan Nicola Cornick
0

Nicola Cornick - The ​Secrets of a Courtesan
All's ​fair in love and matrimony in Nicola Cornick's wildly romantic new series that introduces the ladies of Fortune's Folly--spirited heiresses who are more than a match for society's most dashing rogues! The epitome of privilege and power, the handsome Duke of Welburn sets all the ladies' hearts aflutter as he strides into the village of Fortune's Folly. For Eve Nightingale this fluttering is a mixture of wariness and wonder. Once his glittering society mistress--caught up in his glamorous world by day and tangled in his bedsheets by night--she is now no more than a penniless yet proud shopkeeper. It's a world Eve can't go back to--she has secrets to keep. But this determined duke seems very keen on unravelling them.... 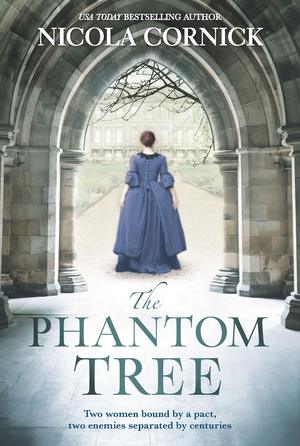 Nicola Cornick - The ​Phantom Tree
Browsing ​an antiques shop in Wiltshire, Alison Bannister stumbles across a delicate old portrait—identified as the doomed Tudor queen, Anne Boleyn. Except Alison knows better. The subject is Mary Seymour, the daughter of Katherine Parr, who was taken to Wolf Hall in 1557 and presumed dead after going missing as a child. And Alison knows this because she, too, lived at Wolf Hall and knew Mary...more than four hundred years ago. The painting of Mary is more than just a beautiful object for Alison—it holds the key to her past life, the unlocking of the mystery surrounding Mary’s disappearance and how Alison can get back to her own time. To when she and Mary were childhood enemies yet shared a pact that now, finally, must be fulfilled, no matter the cost. Bestselling author of House of Shadows Nicola Cornick offers a provocative alternate history of rivals, secrets and danger, set in a time when a woman’s destiny was determined by the politics of men and luck of birth. A spellbinding tale for fans of Kate Morton, Philippa Gregory and Barbara Erskine. 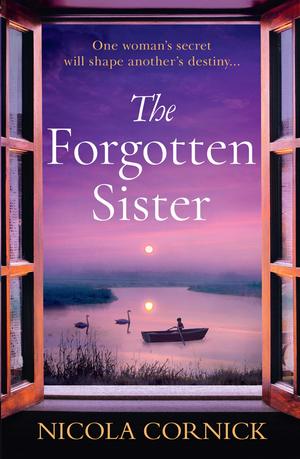 Nicola Cornick - The ​Forgotten Sister
Shortlisted ​for the RNA Romantic Thriller Award 2021 One woman’s secret will shape another’s destiny… 1560: Amy Robsart is trapped in a loveless marriage to Robert Dudley, a member of the court of Queen Elizabeth I. Surrounded by enemies and with nowhere left to turn, Amy hatches a desperate scheme to escape – one with devastating consequences that will echo through the centuries… Present Day: When Lizzie Kingdom is forced to withdraw from the public eye in a blaze of scandal, it seems her life is over. But she’s about to encounter a young man, Johnny Robsart, whose fate will interlace with hers in the most unexpected of ways. For Johnny is certain that Lizzie is linked to a terrible secret dating back to Tudor times. If Lizzie is brave enough to go in search of the truth, then what she discovers will change the course of their lives forever. 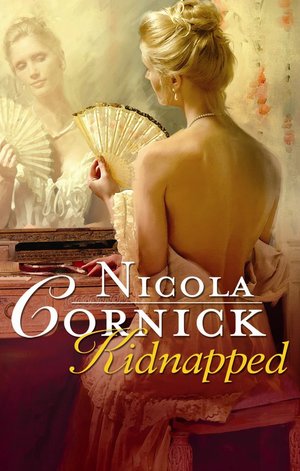 Nicola Cornick - Kidnapped
"If ​I accept his offer to be his mistress, I could have the finest silks, the best carriage and be transformed from ugly duckling to a pampered, pretty swan! And although I would feel a virtuous pride in turning down the wicked rake, I also have an unmaidenly interest in exactly what the role would entail...."Catriona is doing her best to resist the skillful seduction of the scandalous heir to the Earl of Strathconan. But kidnapped and shipwrecked with only this rake as company, her adventure has just begun.... 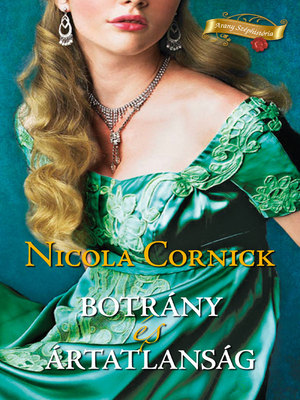 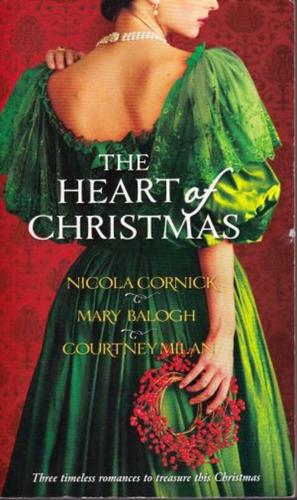 Mary Balogh - Nicola Cornick - Courtney Milan - The ​Heart of Christmas
A ​Handful of Gold A love story from New York Times bestselling author Mary Balogh Not only is Julian Dare dashing and wealthy, but he's the heir to an earldom. So what do you get a man who has everything? Innocent and comely Verity Ewing plans on giving Julian her heart - the most precious gift of all. The Season for Suitors An original romance from Nicola Cornick After some close encounters with rakes in which she was nearly compromised, heiress Clara Davenport realizes that she needs some expert advice. And who better for the job than Sebastian Fleet, the most notorious rake in town? But the tutelage doesn't go quite as planned, as both Sebastian and Clara find it difficult to remain objective when it comes to lessons of the heart! This Wicked Gift An original romance from Courtney Milan Lavinia Spencer has been saving her hard-earned pennies to provide her family with Christmas dinner. Days before the holiday, her brother is swindled, leaving them owing more than they can ever repay. Until a mysterious benefactor offers to settle the debt. Innocent Lavinia is stunned by what the dashing William White wants in return. Will she exchange a wicked gift for her family's fortune?