The ​Daughters of Cain Colin Dexter
0

Colin Dexter - The ​Daughters of Cain
It ​was only the second time Inspector Morse had ever taken over a murder enquiry after the preliminary--invariably dramatic--discovery and sweep of the crime scene. Secretly pleased to have missed the blood and gore, Morse and the faithful Lewis go about finding the killer who stabbed Dr. Felix McClure, late of Wolsey College. In another part of Oxford, three women--a housecleaner, a schoolteacher, and a prostitute--are playing out a drama that has long been unfolding. It will take much brain work, many pints, and not a little anguish before Morse sees the startling connections between McClure's death and the daughters of Cain.... 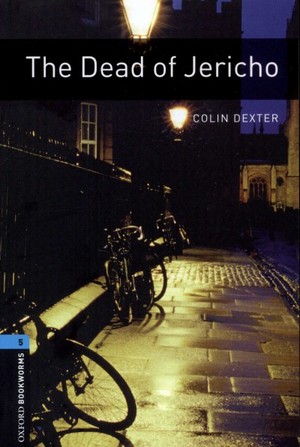 The ​Dead of Jericho Colin Dexter
0

Colin Dexter - The ​Dead of Jericho
Chief ​Inspector Morse is drinking a pint of beer. He is thinking about an attractive woman who lives not far away. The woman he is thinking of is hanging, dead, from the ceiling of her kitchen. On the floor lies a chair, almost two metres away from the woman's feet. Chief Inspector Morse finishes his pint, and orders another. Perhaps he will visit Anne, after all. But he is in no particular hurry. Meanwhile, Anne is still hanging in her kitchen, waiting for the police to come and cut her down. She is in no hurry, either.

Colin Dexter - Last ​Seen Wearing
Inspector ​Morse is perplexed when a letter of reassurance arrives from young Valerie Taylor, missing for more than two years and presumed dead, in a case that takes a bizarre turn when a mysterious body turns up.

The ​Riddle of the Third Mile Colin Dexter
0

Colin Dexter - The ​Riddle of the Third Mile
"[Morse ​is] the most prickly, conceited, and genuinely brilliant detective since Hercule Poirot". --The New York Times Book Review Inspector Morse isn't sure what to make of the truncated body found dumped in the Oxford Canal, but he suspects it may be all that's left of an elderly Oxford don last seen boarding the London train several days before. Whatever the truth, the inspector knows it won't be simple--it never is. As he retraces Professor Browne-Smith's route through a London netherworld of topless bars and fancy bordellos, his forebodings are fulfilled. The evidence mounts; so do the bodies. So Morse downs another pint, unleashes his pit bull instincts, and solves a mystery that defies all logic. "[Dexter] is a magician with character, story construction, and the English language. . . . Colin Dexter and Morse are treasures of the genre". --Mystery News "It is a delight to watch this brilliant, quirky man deduce". --Minneapolis Star & Tribune

Colin Dexter - Death ​Is Now My Neighbor
The ​peaceful quadrangle of Lonsdale College seems remote from the shocks of the outside world - such as the shooting of a young woman in her North Oxford home. But things at Lonsdale are not as tranquil as they appear. The Master of the college is retiring, and two senior dons, Denis Cornford and Julian Storrs, are vying, discreetly but furiously, to succeed him. There are only two people to whom the coveted appointment means more than it does to Cornford and Storrs - their wives. Chief Inspector Morse, investigating the murder on Bloxham Drive, follows a trail that leads first to a tabloid journalist, then to the strip clubs of Soho. It soon winds back, however, to the university. For Morse and his partner, Sergeant Lewis, the question becomes: Is the Mastership of Lonsdale worth killing for? 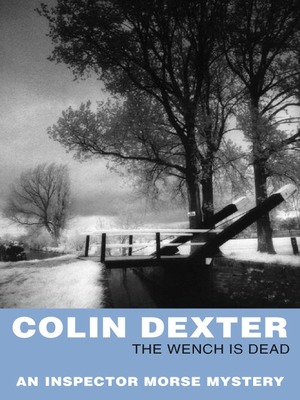 The ​Wench Is Dead Colin Dexter
0

Colin Dexter - The ​Wench Is Dead
In ​1859, the body of a young woman was found floating in the Oxford Canal; her death led to a sensational murder trial, and two men were eventually hanged for the murder. In 1989, Inspector Morse is recovering from a bleeding ulcer in Oxford's Radcliffe Hospital. Morse is given a book by the wife of a recently deceased patient at the hospital. The little book called Murder on the Oxford Canal tells the story of the murder of Joanna Franks aboard the canal boat Barbara Bray. Morse is soon convinced that the two men hanged for the crime were innocent and sets out to prove it from the confines of his bed. 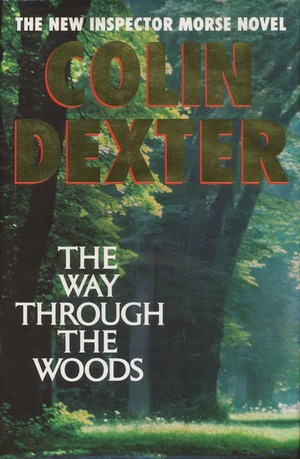 The ​Way Through the Woods Colin Dexter
0

Colin Dexter - The ​Way Through the Woods
On ​holiday in Lyme Regis, Chief Inspector Morse has decided to go without newspapers. But in the hotel he finds himself seated opposite a woman reading her paper, and Morse cannot help but notice an intriguing headline. Winner of the Crime Writers' Association Gold Dagger Award. 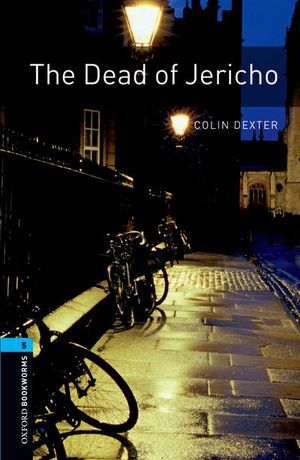 Colin Dexter - The ​Death of Jericho (Oxford Bookworms)
Chief ​Inspector Morse is drinking a pint of beer. He is thinking about an attractive woman who lives not far away. The woman he is thinking of is hanging, dead, from the ceiling of her kitchen. On the floor lies a chair, almost two metres away from the woman's feet. Chief Inspector Morse finishes his pint, and orders another. Perhaps he will visit Anne, after all. But he is in no particular hurry. Meanwhile, Anne is still hanging in her kitchen, waiting for the police to come and cut her down. She is in no hurry, either. 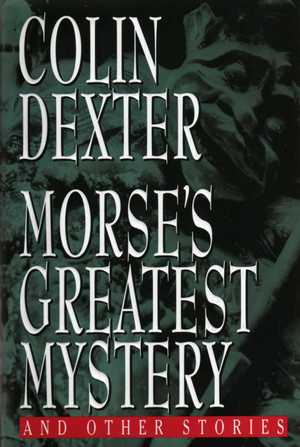 Colin Dexter - Morse's ​Greatest Mystery and Other Stories
"DELIGHTFUL." --The ​Wall Street Journal In short mysteries so brilliantly plotted they'll confound the cleverest of souls, Inspector Morse remains as patient as a cat at a mouse hole in the face of even the most resourceful evildoers. Muldoon, for instance, the one-legged bomber with one fatal weakness . . . the quartet of lovers whose bizarre entanglements Morse deciphers only after a beautiful woman is murdered . . . and those artful dodgers who catch the cunning and very respectful Morse with his pants down. There are mysteries featuring new characters and some familiar ones, including the great Sherlock Holmes, and a royal flush of American crooks. "BRILLIANT . . . Inspector Morse is back, and more than welcome." --Houston Chronicle "Fear not. In Dexter's dexterous hands, the short-form Morse is every bit as wily and irascible as he is in the the popular Morse novels and the long-running PBS Mystery! series." --The Raleigh News & Observer 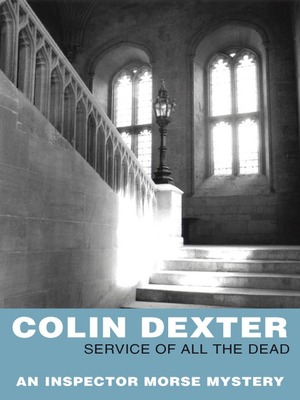 Service ​of All the Dead Colin Dexter
0

Colin Dexter - Service ​of All the Dead
Chief ​Inspector Morse, a middle-aged bachelor with a fondness for crossword puzzles, Mozart, and attractive women, investigates a series of suspicious and sinister events at Oxfords Church of St. Frideswide. 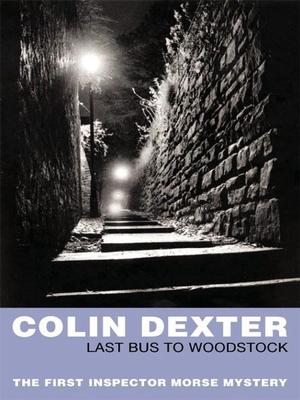 Colin Dexter - Last ​Bus to Woodstock
Beautiful ​Sylvia Kaye and another young woman had been seen hitching a ride not long before Sylvia's bludgeoned body is found outside a pub in Woodstock, near Oxford. Inspector Morse is on the case. 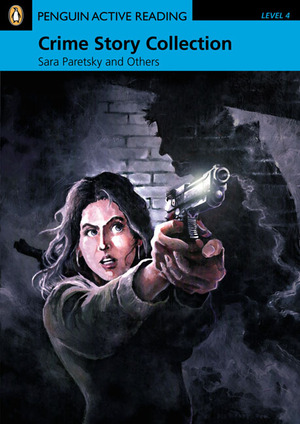 Sara Paretsky - Margery Allingham - Sue Grafton - Patricia Highsmith - Simon Brett - Jack Ritchie - Colin Dexter - Crime ​Story Collection (Penguin Readers)
Most ​of these stories are about murder. We see what can drive a person to murder. Some people are angry or frightened. Others are clever planners. In one of the stories we meet a man who is making careful preparations for his third murder. Will he succeed? 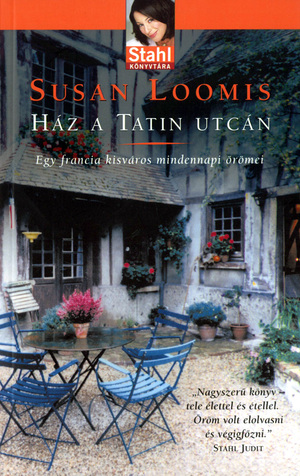