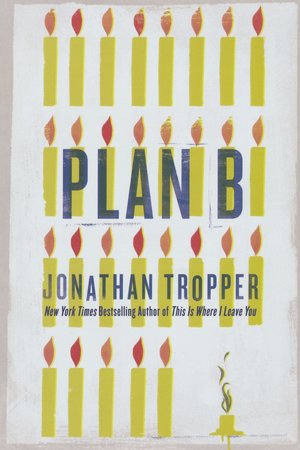 Jonathan Tropper - Plan ​B
Turning ​thirty was never supposed to be like this. Ten years ago, Ben, Lindsey, Chuck, Alison, and Jack graduated from New York University and went out into the world, fresh-faced and full of dreams for the future. But now Ben's getting a divorce; Lindsey's unemployed; Alison and Chuck seem stuck in ruts of their own making; and Jack is getting more publicity for his cocaine addiction than his multimillion-dollar Hollywood successes. Suddenly, turning thirty-- past the age their parents were when they were born, older than every current star athlete or pop music sensation-- seems to be both more meaningful and less than they'd imagined ten years ago. Jonathan Tropper's wonderful debut novel is about more than friendship, love, celebrity, addiction, kidnapping, or even turning thirty-- it's a heartfelt comic riff on what it means to be an adult against your will, to be single when you thought you'd have a family, to discover you are not, in fact, immortal, and to learn that Star Wars is as good a life lesson today as it was when you were six years old. 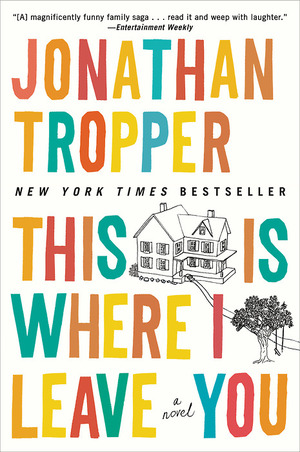 This ​Is Where I Leave You Jonathan Tropper
1

Jonathan Tropper - This ​Is Where I Leave You
The ​death of Judd Foxman's father marks the first time that the entire Foxman family-including Judd's mother, brothers, and sister-have been together in years. Conspicuously absent: Judd's wife, Jen, whose fourteen-month affair with Judd's radio-shock-jock boss has recently become painfully public. Simultaneously mourning the death of his father and the demise of his marriage, Judd joins the rest of the Foxmans as they reluctantly submit to their patriarch's dying request: to spend the seven days following the funeral together. In the same house. Like a family. As the week quickly spins out of control, longstanding grudges resurface, secrets are revealed, and old passions reawakened. For Judd, it's a weeklong attempt to make sense of the mess his life has become while trying in vain not to get sucked into the regressive battles of his madly dysfunctional family. All of which would be hard enough without the bomb Jen dropped the day Judd's father died: She's pregnant. This Is Where I Leave You is Jonathan Tropper's most accomplished work to date, a riotously funny, emotionally raw novel about love, marriage, divorce, family, and the ties that bind-whether we like it or not. 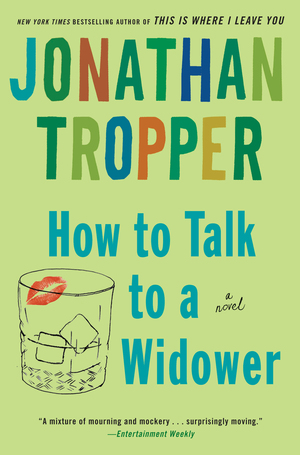 How ​To Talk To A Widower Jonathan Tropper
0

Jonathan Tropper - How ​To Talk To A Widower
When ​Doug married Hailey - beautiful, smart and ten years older - he left his carefree Manhattan life to live in the suburbs with Hailey and her teenage son, Russ. Three years later, at 29, Doug has been a widower for twelve months and just wants to drown himself in self-pity and Jack Daniels. But his family has other ideas... Russ is furious with Doug for not adopting him, and has fallen in with a bad crowd. Claire, Doug's irrepressible, pregnant twin sister, has left her husband and, uninvited, moved in with Doug. And their sister Debbie is determined to have the perfect wedding, at any cost. Soon, Doug finds himself trying to forge a relationship with Russ, reconnect with his own eccentric family, and reluctantly edges back into the complicated world of dating... 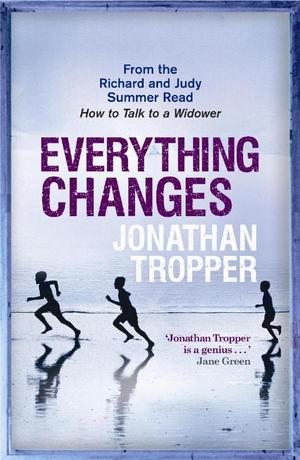 Jonathan Tropper - Everything ​Changes
Jonathan ​Tropper’s novel _The Book of Joe_ dazzled critics and readers alike with its heartfelt blend of humor and pathos. Now Tropper brings all that—and more—to an irresistible new novel. In _Everything Changes_, Tropper delivers a touching, wickedly funny new tale about love, loss, and the perils of a well-planned life. To all appearances, Zachary King is a man with luck on his side. A steady, well-paying job, a rent-free Manhattan apartment, and Hope, his stunning, blue-blooded fiancée: smart, sexy, and completely out of his league. But as the wedding day looms, Zack finds himself haunted by the memory of his best friend, Rael, killed in a car wreck two years earlier—and by his increasingly complicated feelings for Tamara, the beautiful widow Rael left behind. Then Norm—Zack’s freewheeling, Viagra-popping father—resurfaces after a twenty-year absence, looking to make amends. Norm’s overbearing, often outrageous efforts to reestablish ties with his sons infuriate Zack, and yet, despite twenty years of bad blood, he finds something compelling in his father’s maniacal determination to transform his own life. Inspired by Norm, Zack boldly attempts to make some changes of his own, and the results are instantly calamitous. Soon fists are flying, his love life is a shambles, and his once carefully structured existence is spinning hopelessly out of control. Charged with intelligence and razor sharp wit, _Everything Changes_ is at once hilarious, moving, sexy, and wise—a work of transcendent storytelling from an exciting new talent. 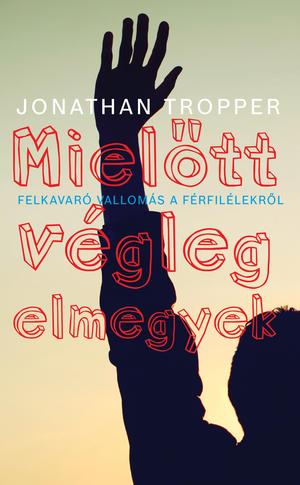 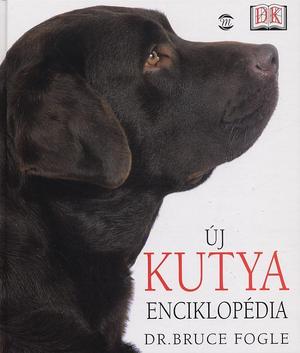