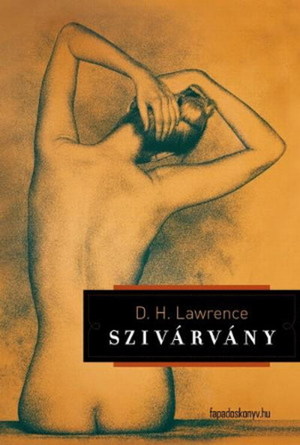 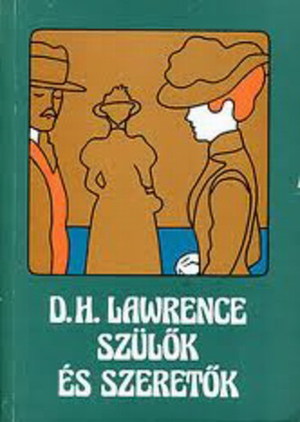 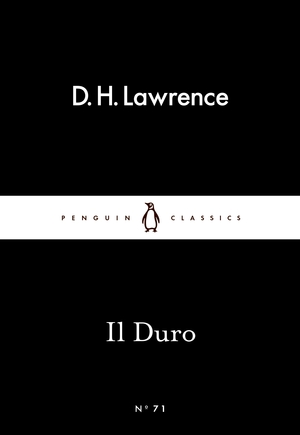 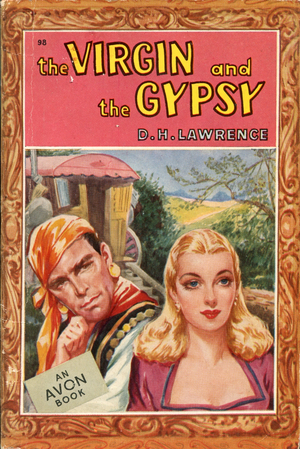 The ​Virgin and the Gipsy D. H. Lawrence
2

D. H. Lawrence - The ​Virgin and the Gipsy
Yvette ​is an innocent rector’s daughter. When she meets a handsome gipsy she feels him watching her, acutely aware of her virginity. Half drawn to him and half afraid, it is only when her life is endangered that she finally feels true love. 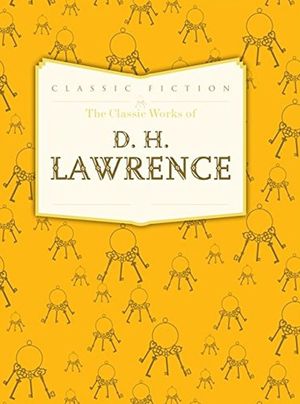 D. H. Lawrence - The ​Classic Works of D. H. Lawrence
D.H. ​Lawrence is one of the greatest English novelists of the 20th century. He gained literary fame for his novels and poems which took a vigorous, new attitude towards personal relationships. The passion, intensity and honesty of Lawrence's best work will ensure his popularity and critical reputation long after the scandal surrounding Lady Chatterley's Lover has been forgotten. Sons and Lovers, Lawrence's first important novel, examines the emotional conflict in an ambitious young painter as he struggles to escape his mining background and is caught between intense devotion to his mother and a newly-aroused passion for two dissimilar women. Lawrence considered Women in Love his best novel, the story of the loves of two sisters Gudrun and Ursula charts a course of tempestuous passions descending, inevitably, into tragedy. Love Among the Haystacks is the short but powerful tale of rivalry between two brothers whose emotional confusion finds resolution one summer night after the Nottingham harvest. Lady Chatterley's Lover is perhaps the most notorious novel ever written. This story of a passionate love affair between an aristocratic lady and her crippled husband's gamekeeper was banned when it first appeared and the unexpurgated text published here was suppressed for a further thirty-two years. 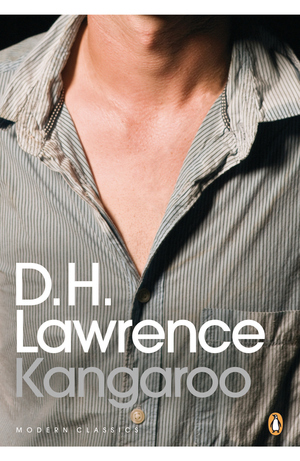 D. H. Lawrence - Kangaroo
Kangaroo ​is D. H. Lawrence's eighth novel, set in Australia. He wrote the first draft in just forty-five days while living south of Sydney, in 1922, and revised it three months later in New Mexico. The descriptions of the country are vivid and sympathetic and the book fuses lightly disguised autobiography with an exploration of political ideas at an immensely personal level. Based on a collation of the manuscript, typescripts and first editions, this text of Kangaroo is closest to what Lawrence would have expected to see in print. There is a full textual apparatus of variants, a comprehensive introduction giving the background and history of composition and publication and a summary of contemporary reviewers' opinions. Explanatory notes elucidate the many geographical, political and literary allusions in the text; there are three maps and an appendix detailing Australian locations. 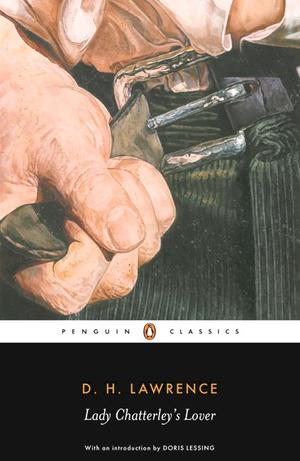 D. H. Lawrence - Lady ​Chatterley's Lover
The ​story of Constance Chatterley's sexual awakening through her affair with Mellors the gamekeeper has remained one of the most controversial novels of the twentieth century. Frustrated and ensnared by her marriage to Clifford Chatterley, an invalid, Constance is deeply unhappy and unfulfilled. Her relationship with Mellors rekindles her sexual feeling sand brings her back to life. She decides, however, to leave England to live with her sister Hilda and, though pregnant, she finds her own form of personal freedom. Unpublished in Britain until 1960 following the notorious trial, LADY CHATTERLEY'S LOVER is still considered to be an unsurpassed celebration of sexual love that broke new ground in its frankness and candour. 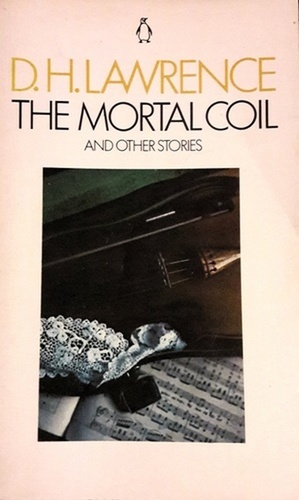 The ​Mortal Coil and Other Stories D. H. Lawrence
0

D. H. Lawrence - The ​Mortal Coil and Other Stories
Sixteen ​stories through which can be traced Lawrence's development in his twenties. _A Prelude_, his first published wok. _The Old Adam_ and _The Witch a la Mode_ reflect the years of intense sexual frustration Lawrence endured while a schoolmaster in Croydon. _A Chapel_ and _A Hay Hut Among the Mountains_ record a happier period - the first months of his life with Frieda. _The Thimble_ and _The Mortal Coil_ take us to the years of the First World War, years of Lawrence's maturity and growing sense of tragedy. 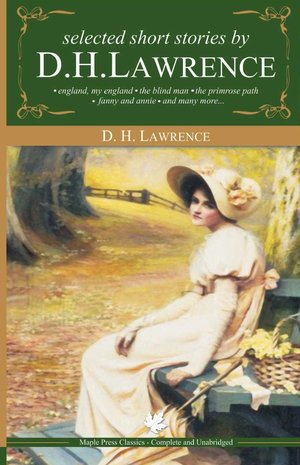 D. H. Lawrence - Selected ​Short Stories
This ​selection of short stories has been made not only to offer a representative and wide-ranging selection of D. H. Lawrence's shorter fiction, but also to trace a pattern of development in the author's career. As Brian Finney writes in the Introduction: "To follow the development of his stories from the gauche anecdotes of his early twenties to the sophisticated parodies of the genre that he wrote in the last years of his life is like retracing the history of the genre from its pre-Chekhovian social realism and watching it read forward to the verbal play and self-conscious artificiality of postmodernist writers such as Borges and Beckett." The selection comprises fourteen short stories, including "Love Among the Haystacks," "The Prussian Officer," "Odour of Chrysanthemums," "The Border Line, and "The Woman Who Rode Away." 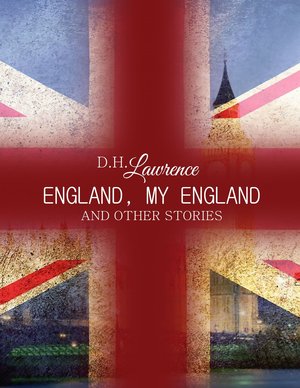 England, ​My England and Other Stories D. H. Lawrence
0

D. H. Lawrence - England, ​My England and Other Stories
Egbert ​retreats from reality, loses his wife and is left with nothing - but his tragedy is not his alone.. The hero of England,My England stands for a whole social ethos, whose decline Lawrence pinpoints with bitter precision. The other stories in this collection are concerned with outward alliances and inner compulsions. And in the dialogue of reason and the unconscious it is the dark forces whose call is the most insistent... 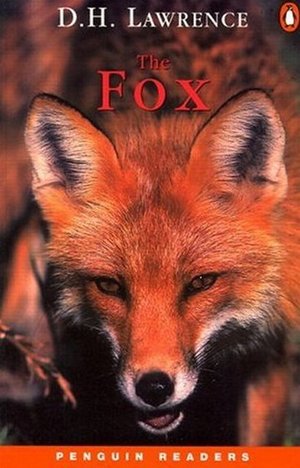 D. H. Lawrence - The ​Fox (Penguin Readers)
..he ​kissed her on the mouth with a quick warm ..was like fire. A young man comes to stay with two woman wo lives together on a farm. This story tells how he loves one of the woman, and how he gets her. 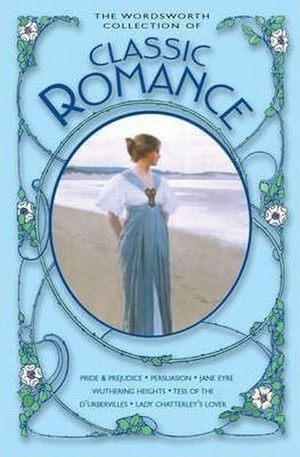 Jane Austen - Charlotte Brontë - Emily Brontë - Thomas Hardy - D. H. Lawrence - The ​Wordsworth Collection of Classic Romance
Pride ​& Prejudice Jane Austen constructed Pride & Prejudice with wit, social precision and an irresistible heroine. Beginning with one of the most famous sentences in English Literature, it is a perfect ironic novel of manners. Persuasion Jane Austen's question 'What is persuasion?' - a firm belief, or the action of persuading someone to think something else? - is the force behind this novel. Anne Elliot, one of Austen's quietest yet strongest heroines, is also open to change. Jane Eyre Charlotte Bronte's poor, plain, but plucky heroine, possesses an indomitable spirit, a sharp wit and great courage. She is forced to battle against a cruel guardian, a harsh employer and a rigid social order. Wuthering Heights Emily Bronte's tale is a wild, passionate story of intense and almost demonic love between Catherine Earnshaw and the adopted foundling Heathcliff. Humiliated by Hindley, Catherine's brother, Heathcliff leaves Wuthering Heights, but in time he returns to exact a terrible revenge. Tess of the d'Urbervilles Set in Hardy's Wessex, Tess of the d'Urbervilles is a moving novel of hypocrisy and double standards. It tells of Tess Durbeyfield, a poor village girl, her relationships with two very different men, her fluctuating fortunes and her search for respectability. Lady Chatterley's Lover D.H. Lawrence tells the story of Sir Clifford Chatterley, who returns from the war paralysed from the waist down, and of the consequent love which then develops betweenhis wife and his gamekeeper. It is a complex tale open to a variety of conflicting interpretations.

The ​Hobbit / The Lord of the Rings