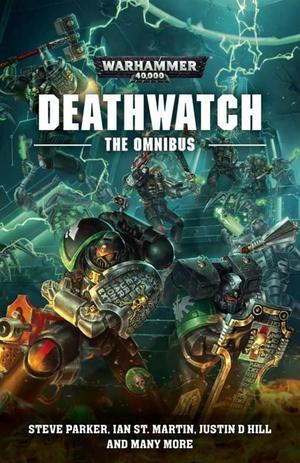 David Annandale - Braden Campbell - Andy Chambers - Andy Clark - Ben Counter - Justin D. Hill - Nick Kyme - Steve Parker - Anthony Reynolds - Ian St. Martin - Gav Thorpe - Chris Wraight - Deathwatch: ​The Omnibus
The ​Deathwatch are the elite. Recruited from numerous Space Marine Chapters, their mission is simple: exterminate any xenos threat to the Imperium. Assembled into kill-teams, the Deathwatch are expert alien hunters, equipped to undertake any mission in any environment. None are as dedicated or as skilled in the brutal art of alien annihilation. This action-packed omnibus contains three full novels written by Steve Parker, Ian St Martin and Justin D Hill, along with a dozen of the best short stories ever written about the Imperium’s premier xenos hunters. 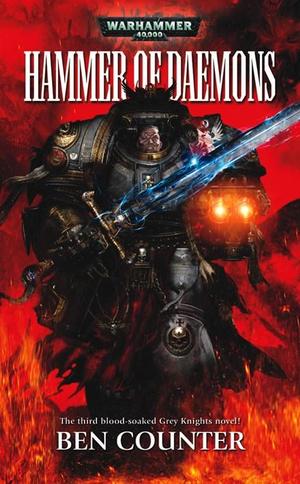 Ben Counter - Hammer ​of Daemons
Grey ​Knight Alaric is taken back to the Eye of Terror and stripped of his armour and weapons. He is forced to fight in a gladitorial arena for his daemonic masters, who worship their god, Khorne, with endless slaughter. His only chance to escape is to find a legendary weapon with the power to destroy the forces of Chaos that imprison him, before he is killed, or worse, corrupted. 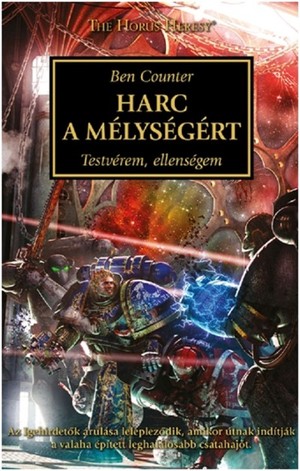 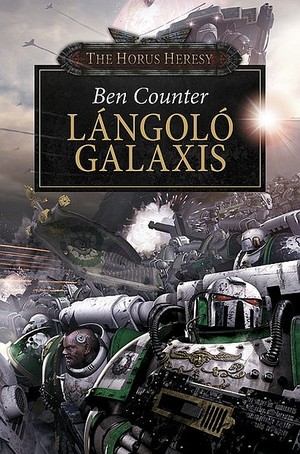 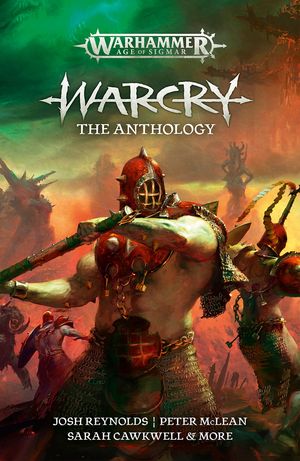 Josh Reynolds - Peter McLean - Sarah Cawkwell - David Annandale - Ben Counter - David Guymer - Warcry: ​The Anthology
A ​Warhammer Age of Sigmar anthology In the twisted remains of the Eightpoints, Archaon has raised the Varanspire as an indomitable bastion against the puppet forces of Order. From its halls, the call of the Everchosen resounds across the Mortal Realms, summoning the worthy to his side. This is a deadly odyssey, for the Exalted Grand Marshal has no use for the weak. Rival warbands of every stripe battle across the wastes of the Bloodwind Spoil, a land filled with unspeakable horrors, to earn Archaon’s favour. Some, such as the Iron Golems, use brute force and unwavering discipline to achieve their ends. Others, like the Corvus Cabal, strike from the shadows, cutting throats and taking trophies of their hunt. All seek to claim their rightful place at the Everchosen’s side, but few will survive even their first nights in this tormented domain. This anthology brings together six brand-new stories, chronicling the perilous journeys of some of the Mortal Realms' most horrifying warbands: the Unmade, the Iron Golems, the Splintered Fang and more, from authors including David Annandale, Josh Reynolds and David Guymer.

Ben Counter - Grey ​Knights
Inquisitors ​of the Ordo Malleus have pledged their every waking hour to the discovery and scourging of the daemonic, wherever it is to be found. But there are times when the scale of a daemonic infestation is such that even the most formidable and righteous Inquisitors need to call upon aid to triumph. Only one force in the breadth of the galaxy has any chance of stemming such a daemonic tide: the Grey Knights. Armed with psychically charged force weapons, storm bolters and an unshakeable faith in the Emperor, there is nothing more daunting for a daemon to face. 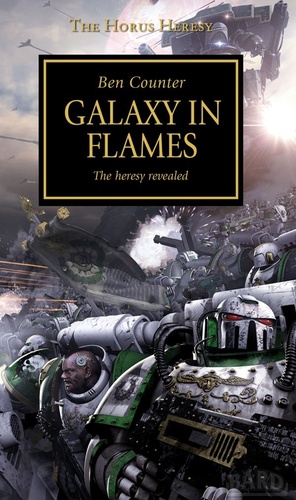 Ben Counter - Galaxy ​in Flames
Having ​recovered from his grievous injuries, Warmaster Horus leads the triumphant Imperial forces against the rebel world of Isstvan III. Though the rebels are swiftly crushed, Horus's treachery is finally revealed when the planet is razed by virus bombs and Space Marines turn on their battle-brothers in the most bitter struggle imaginable. Ben Counter brings us this exciting third part of the opening trilogy to The Horus Heresy, setting the stage for these epic tales. 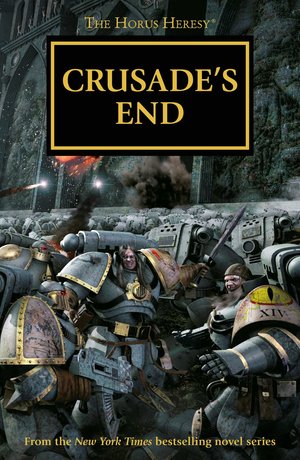 Dan Abnett - Ben Counter - Graham McNeill - Crusade's ​End
For ​the first time in the _New York Times_ bestselling series, this omnibus returns to the beginning of The Horus Heresy. The novels _Horus Rising_, _False Gods_ and _Galaxy in Flames_ are presented alongside additional stories that set the stage for the unimaginable conflict still to come... It was to be the dawn of a glorious new age. Following countless millennia of darkness and strife, the armies of the Emperor of Mankind had reconquered world after world in a Great Crusade, the like of which the galaxy had never seen. Having established themselves as the most powerful military force ever to march under a single banner, the Space Marine Legions were each led by a god-like primarch – those apparently immortal sons of the Emperor himself. Humanity seemed set to rule the stars once more. And then came Horus. The noble Warmaster, and reviled arch-traitor. 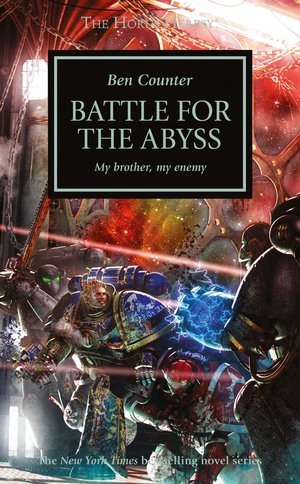 Battle ​for the Abyss Ben Counter
0

Ben Counter - Battle ​for the Abyss
Now ​that news of Horus's treachery is in the open, a time of testing has come. Some Legions have already declared their allegiance to the Warmaster, while the loyalty of others lies firmly with the Emperor. As Horus deploys his forces, loyalist Astartes learn that a massive Wordbearers fleet is heading to Ultramar, home of the Ultramarines. Unless they can intercept the fleet, and destroy the mighty battleship that has been sent to reinforce it, the Ultramarines may suffer a blow from which they will never recover. 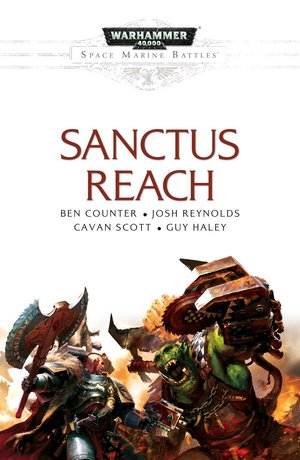 Ben Counter - Josh Reynolds - Cavan Scott - Guy Haley - Space ​Marine Battles: Sanctus Reach
The ​orks of the Red Waaagh have come to the Sanctus Reach and death follows them. As Grukk Face-Rippa and his green tide fall upon Imperial worlds, it falls to a few warriors to stand against them. The Space Marines of the Obsidian Glaives make a final stand against the alien hordes, while the brave men of the Astra Militarum and the noble Knights of Alaric Prime struggle to repel the greenskin invaders from their planet. But hope is not lost, as the savage and noble Space Wolves arrive to bring an end to Grukk and his rampage. Sanctus Reachcontains the novellas 'Evil Sun Rising' and 'Blood on the Mountain' and six short stories exploring the various fronts of the vicious war for the Sanctus Reach.