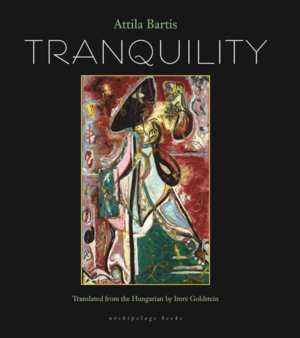 Attila Bartis - Tranquility
Tranquility ​is narrated by a writer, Andor Weér, and is a novel about the three very damaged women in his life and their intertwined relationships. The novel begins with the funeral of his mother, whom he can finally lay to rest. For fifteen years they lived together in the same apartment that she refused to leave, for fifteen years he had to endure here questioning ("Wherehaveyoubeenson?") and general misanthropy. Andor's sister, Judit, was a very talented and dedicated violinist, a budding star who defected to the West as soon as she could -- to escape Mom more than Communism, defection offering a buffer that she hoped would keep her at a safe distance, so that she would not longer have to try to erase herself, as Bartis nicely has her try to do. Overbearing Mom was a star in her own right, a famous actress, but her career came to an abrupt halt as soon as her daughter betrayed the motherland. The authorities tried to get her to entice Judit back, and when she couldn't she went so far as to declare that her daughter was dead to her and even went through a semi-mock funeral, complete with coffin (an impressive but awful and creepy scene). Judit stayed abroad, the authorities were unimpressed, and Rebeka Weér's acting career was over; henceforward she stayed in her apartment, and woe any uninvited guest who wanted to drop by for a visit ..... Andor can only stand up to Mom so much, but he does escape for short bursts. He tries to maintain the fiction of Judit staying in touch with her family by penning letters in her name and then having people who travel abroad send them, but Judit herself is never heard from again; as it turns out, the promising star was too damaged by Mom to truly make good a complete escape and turned to erasing herself again. Andor eventually finds a lover, Eszter, but she also comes with a lot of baggage, and it's a complicated relationship that develops. Mrs. Weér is no help, her reaction when Andor shows up at their doorstep with Eszter enough to scare anyone off. And it's not a matter of Andor standing up to his mother: this lady is such a single-minded, narcissistic, paranoid loon that there's nothing to be done -- until she finally conveniently dies. Rebeka Weér's strong, if highly unpleasant, personality certainly give Tranquility much of its momentum (careening through domestic catastrophes), but undriven Andor slows things down again. He and his fumblings -- and detours like a reading tour or his small attempts at escape from Mom, at least for a few days or hours -- are probably a necessary antidote to his mother's insanity, but leave the book oddly bogged down. Andor's relationships with Judit and Eszter -- especially that vacuum that Judit leaves behind, and which turns out to be even greater than he had imagined -- are well done, but there are an awful lot of deeply damaged souls the Bartis is juggling here. Yes, there's a comic side to it all too, especially Mom's paranoid insanities, but it's no pretty picture. The political leads to the personal: each of the women is, in a way, determined by political circumstances -- Juidt by that East-West divide that it would cost too much for her to cross back into, Rebeka by the authorities' control over who can and can't appear on the stage, and Eszter's more complicated childhood background. But aside from their causal effect, politics doesn't play much of a role in the story, even as Hungary is rapidly changing around them. Rebeka remains in her tiny bubble, unable and unwilling in any way to participate in the real world. And Andor is torn between all of this, buffeted around by the women in (and out of) his life. An interesting and very vivid psychological study, with some impressive scenes, but also some very difficult-to-take characters. 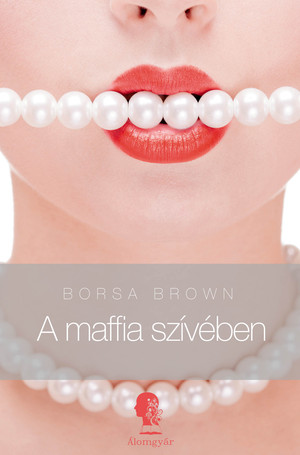