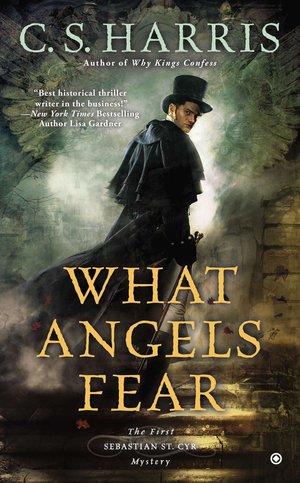 C. S. Harris - What ​Angels Fear
It's ​1811, and the threat of revolution haunts the upper classes of King George III's England. Then a beautiful young woman is found raped and savagely murdered on the altar steps of an ancient church near Westminster Abbey. A dueling pistol discovered at the scene and the damning testimony of a witness both point to one man, Sebastian St. Cyr, Viscount Devlin, a brilliant young nobleman shattered by his experience in the Napoleonic Wars. Now a fugitive running for his life, Sebastian calls upon his skill as an agent during the war to catch the killer and prove his own innocence. In the process, he accumulates a band of unlikely allies, including the enigmatic beauty Kat Boleyn, who broke Sebastian's heart years ago. In Sebastian's world of intrigue and espionage, nothing is as it seems, yet the truth may hold the key to the future of the British monarchy, as well as to Sebastian's own salvation... 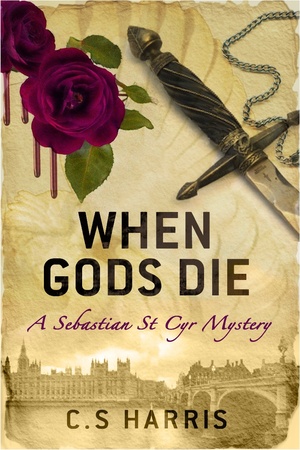 C. S. Harris - When ​Gods Die
June, ​1811. On a summer's evening at the Royal Pavilion in Brighton, the beautiful young wife of an aging Marquis is found dead in the arms of the Prince Regent himself. From her back protrudes a jeweled dagger that once belonged to Bonnie Prince Charlie. Around her neck lies an ancient bluestone and silver necklace said to have been worn by the Druid priestesses of Wales. Legend credited the necklace with mysterious powers—until it was lost at sea with its last owner, the mother of Sebastian St. Cyr, Viscount Devlin. Still shadowed by rumors of his own dark past, Sebastian is lured into a dangerous investigation of both the Marchioness's death and his own mother's uncertain fate. He soon discovers that the idle, profligate Prince is not as innocent as his court handlers would have the public believe. With the aid of his lover, a celebrated actress with secrets of her own, and his new servant, Tom, Sebastian follows a twisted trail that leads from a seaside pleasure palace to the most depraved London slums, from the murdered woman's elegant townhouse in Mayfair to a medieval tavern run by an ex-slave. As he edges closer to the truth, Sebastian finds himself thrust into a world of hidden passions and disguised ambition. And when one murder is followed by another, he confronts an insidious conspiracy that imperils those nearest to him even as it threatens to bring down the monarchy.

C. S. Harris - Where ​Serpents Sleep
Hero ​Jarvis, reform-minded daughter of the Prince Regent's cousin, enlists Sebastian St. Cyr's help in investigating the brutal murders of eight prostitutes. Following a trail of clues from London's seedy East End to the Mayfair mansions of a noble family, the two must race against time to stop a killer whose ominous plot threatens to shake the nation to its very core... 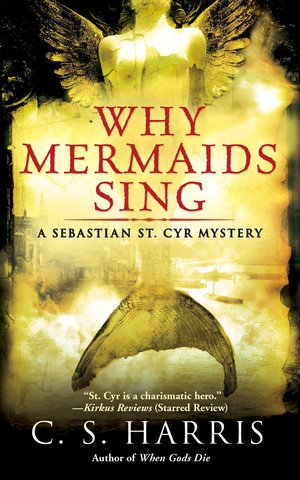 C. S. Harris - Why ​Mermaids Sing
In ​1811 London, murder stalks the city's elite as the sons of prominent families are found in public places, with their bodies mutilated and strange objects stuffed in their mouths, and Sebastian St. Cyr takes time out from his shaky relationship with actress Kat Boleyn to track down the killer. 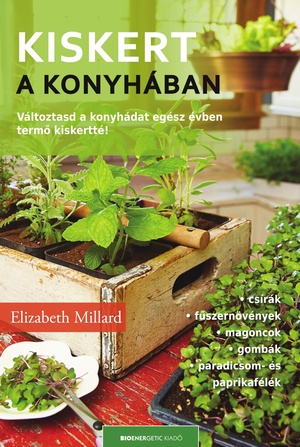