Erik Burnham - Mike Costa - Ben Epstein - Ben Bates - Dan Duncan - Teenage ​Mutant Ninja Turtles - Villains Micro-Series 2.
The ​Villains keep on coming! Karai, Hun, Bebop and Rocksteady, and the Shredder all get the spotlight with stories that delve into their pasts and current actions that will have major ramifications on everybody's future. 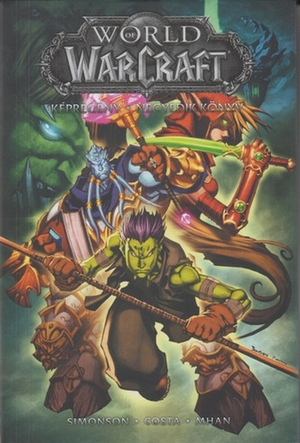 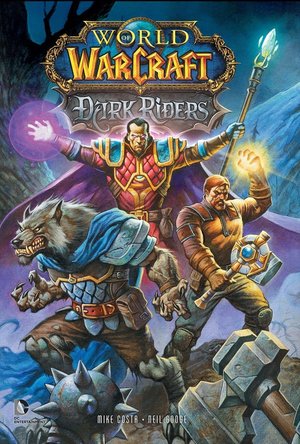 Mike Costa - World ​of Warcraft: Dark Riders
A ​brand-new original graphic novel featuring characters from the bestselling video game franchise, World of Warcraft! A stalwart mage searches for a powerful artifact, stolen by dark riders, only to find his son accused of murder. A righteous priest, driven by a mysterious fervor, investigates a savage Wolf Cult. As the paths of these two men join, a fantastic adventure emerges! Supported by a cast of brave heroes, the two find out just how dangerous the wolf cult and dark riders are. 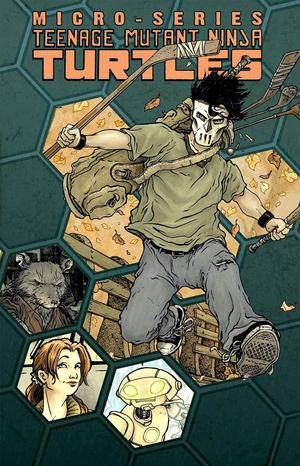 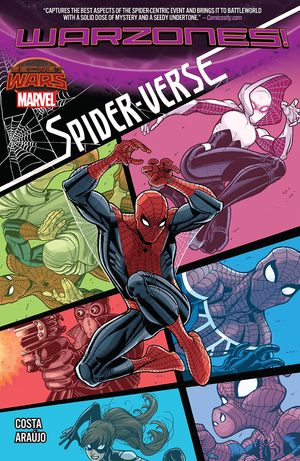 Mike Costa - Spider-Verse: ​Warzones!
Spinning ​out of the blockbuster Spider-Verse event, a team of Spiders finds themselves face-to-face with Battleworld! Spider-Gwen, Spider-Man Noir, Spider-Man: India, Spider-Girl, Spider-UK and Spider-Ham are outmatched in a world where none of them belong — and face-to-face with Mayor Norman Osborn! This can't end well. Now, as Gwen Stacy explores her past and Spider-Man Noir goes on the run, the multiversal Spiders race against time — and Osborn — to discover exactly what force brought them all together! Could a possible key to victory be found in the porky paws of Spider-Ham? A new team of Web Warriors is formed as Battleworld gives up its secrets! Collects Spider-Verse (2015) 1-5

The ​Transformers 3. - Revenge of the Decepticons Mike Costa
0

Mike Costa - The ​Transformers 3. - Revenge of the Decepticons
Hate. ​Power. Order. These are things that drive Megatron! These are his fuel! And revenge is his goal! After suffering a nearly fatal blow at the hands of the Autobots and the humans working together, Megatron is finally set to return. And this time, he's stronger, faster, and more invulnerable than ever before! Targeting his most hated foes, there are no more long speeches. No more games. No more warnings. Revenge comes quickly to the Autobots. And nothing will ever be the same again! 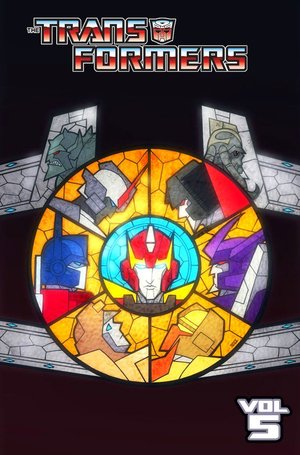 Mike Costa - James Roberts - The ​Transformers 5. - Chaos Theory
The ​fate of Rodimus and the Matrix of Leadership is finally revealed in this newest story arc of Transformers, "Chaos Theory." The situation on Earth continues to deteriorate while we shift focus to outer space where Rodimus was last seen dead! But, after crash landing on a strange planet, Rodimus struggles to find a way back to Earth and the Autobot forces... until a few familiar faces show up to help and a new threat to Cybertron is revealed! 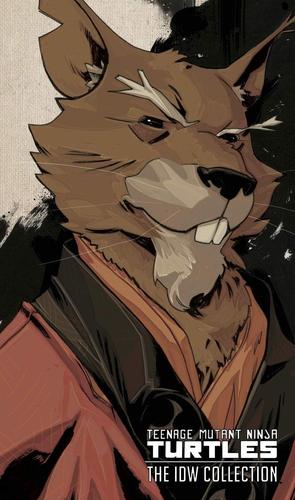 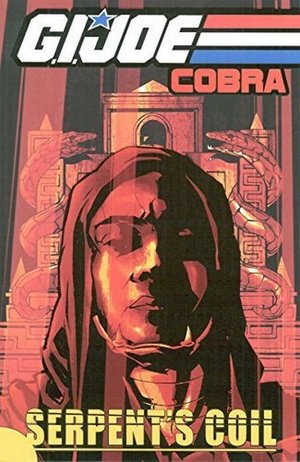 Mike Costa - Christos N. Gage - G.I. ​Joe: Cobra - Serpent's Coil
The ​first appearance of the mysterious SERPENTOR! As undercover G.I. JOE agent Scoop infiltrates the cultish COIL, will he find a sinister plot or be drawn into a world of pain and power? Witness the descent into the mouth of the snake... 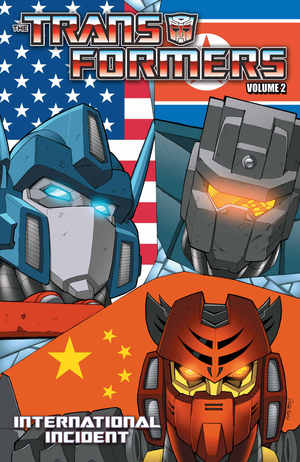 Mike Costa - The ​Transformers 2. - International Incident
As ​the Autobots and Skywatch come together against a common enemy, the Decepticons choose to forge their own alliance. However, their involvement with a powerful leader could escalate two countries into war! Can the Autobots prevent an international incident, while avoiding exposure? 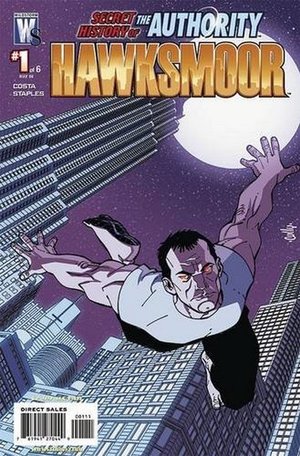 The ​Secret History of the Authority 2. - Hawksmoor... Mike Costa
0

Mike Costa - The ​Secret History of the Authority 2. - Hawksmoor
The ​graphic novel sheds light on the history of Jack Hawksmoor, the mysterious member of super team, THE AUTHORITY, who can control cities. Before he was a member of the World's most powerful super team, Jack Hawksmoor was a solitary urban hero, misanthropic and alone. While preventing a massive robot attack on the Golden Gate Bridge, Hawksmoor gets unexpected assistance from a woman he has more in common with than he realizes, then later stumbles upon a locked-room murder mystery. On top of all this, his city-born powers have been acting up - and he has a gumshoe's suspicion that all this may be connected. Dan Slott - Mike Costa - The ​Amazing Spider-Man (vol. 4) 7.5 – Venom Inc.
It's ​an amazingly lethal Spider-Man/Venom epic!Peter Parker, Eddie Brock and Flash Thompson share a bond - literally! The Venom symbiote changed all of their lives. Now the inky black alien life-form is doubling down on our heroes - and they won't be the only ones put through the wringer. As a familiar face rises to new levels of villainy, Spidey finds himself between Eddie and a mysterious new figure! Black Cat and her gang are confronted by an amped-up villain called Maniac, who will show everyone how well he lives up to his name. And all the while, Venom Inc. weaves its tendrils through New York's criminal underworld... You've never read a Spidey and Venom story like this! COLLECTING: AMAZING SPIDER-MAN: VENOM INC. ALPHA 1, AMAZING SPIDER-MAN 792-793, VENOM 159-160, AMAZING SPIDER-MAN: VENOM INC. OMEGA 1 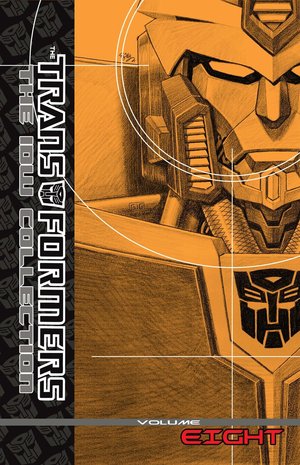 Dan Abnett - Andy Lanning - Mike Costa - James Roberts - The ​Transformers: The IDW Collection 8.
The ​re-presentation of IDW's Transformers Universe continues in Volume 8! Includes "Heart of Darkness" and issues #19-31 which starts off with the "Chaos Theory" storyline and leads into the final "Chaos" arc of the ongoing series. Collects: _Transformers_ (2009 IDW) #19-31 Christos N. Gage - Mike Costa - G.I. ​Joe: Cobra 1.
His ​name is Chuckles. He's the Joes' top undercover agent. And he's just infiltrated a top secret, highly organized terrorist organization... one the Joes aren't familiar with... one with a snake motif. As Chuckles is pulled deeper and deeper into the dark underbelly of Cobra, where one misstep means death, can he pull off the ultimate deception and bring them down from within? 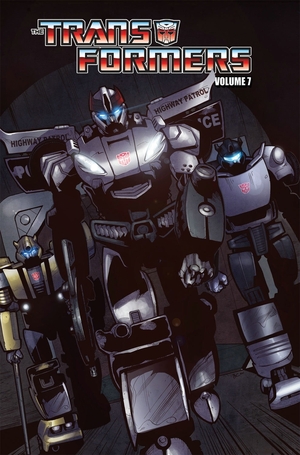 Mike Costa - The ​Transformers 6. - Police Action
While ​there is much “CHAOS” on Cybertron, there’s no less bedlam here on Earth as our remaining Autobots investigate the accusation that Spike, their trusted human ally, murdered a Transformer! Prowl and Jazz take center stage as the alliance between the two races are on the brink. Also includes the _Prowl Spotlight_. 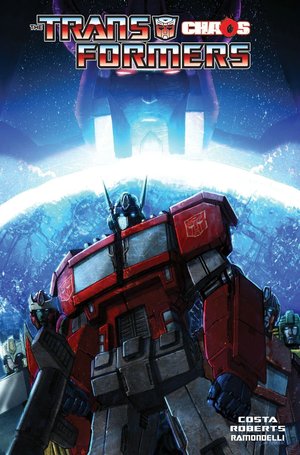 Mike Costa - James Roberts - The ​Transformers 7. - Chaos
CHAOS ​IS HERE! The long-awaited event that will have Transformers fans talking for years and have lasting repercussions on the lives of our heroes and villains! The Autobots land on Cybertron to discover Galvatron’s plan is already in effect — but what is it he seeks in the heart of Cybertron? What could he possibly want on a dead planet? Optimus Prime must face off against Galvatron, in a battle where the fate of the whole planet rests on the outcome! 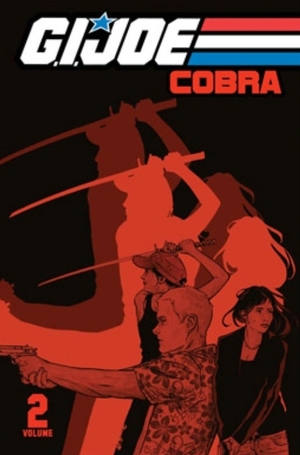 Christos N. Gage - Mike Costa - G.I. ​Joe: Cobra 2.
Chuckles ​is the only man alive to have successfully infiltrated COBRA... and he’s M.I.A. Has he been killed? Defected? Gone rogue to fight a one-man war against the enemy? None of these alternatives are acceptable to General Hawk. He wants Chuckles back with G.I. JOE, so he’s sending a new Joe to retrieve him. But what she finds may be worse than anyone could have imagined! Also, get a deeper look inside COBRA than ever before, as Tomax, Xamot, and Erika continue to feel the effects of the previous mini-series, and several COBRA operatives are introduced for the first time in an IDW book. Cullen Bunn - Mike Costa - Venom ​& X-Men: Poison X
Spinning ​out of the events of "Venomverse," the Children of the Atom and the Lethal Protector team up to take down an extradimensional threat! This is it, folks, the team-up you've been asking for: X-Men Blue and Venom must band together in the cold reaches of space to protect our universe from a threat more diabolical than you can imagine. But will Eddie Brock, his faithful symbiote Marvel Girl, Cyclops, Iceman, Beast and Angel be enough to save this universe? COLLECTING: X-MEN BLUE 21-22 AND ANNUAL 1, VENOM 162-163 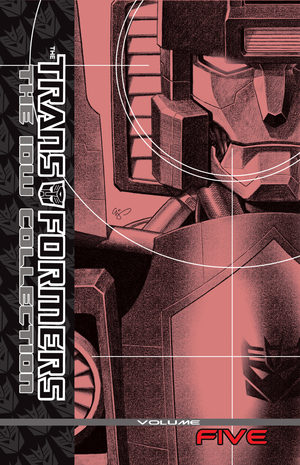 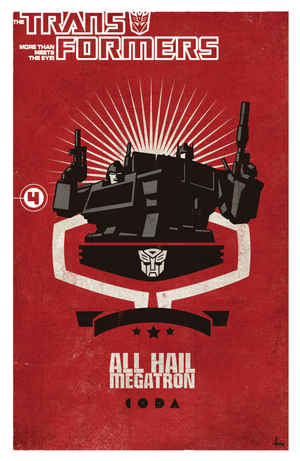 Simon Furman - Mike Costa - Shane McCarthy - Andy Schmidt - Nick Roche - Denton J. Tipton - Zander Cannon - The ​Transformers: All Hail Megatron 4.
It ​ends here! All loose ends are laid to rest in this collection that ends the All Hail Megatron saga and sets the stage for big things to come for the Transformers! 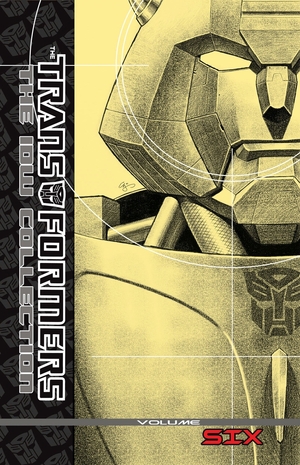 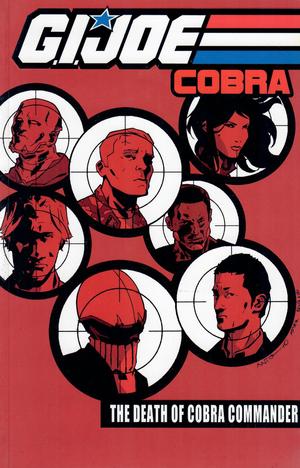 Mike Costa - Christos N. Gage - G.I. ​Joe: Cobra - The Death of Cobra Commander
Chuckles, ​a G.I. JOE agent that managed to infiltrate Cobra only to suffer at the hands of the sinister organization, was last seen in the custody of none other than Cobra Commander! But is he a prisoner... or an honored guest? Can the man whose life was ruined by pretending to join Cobra have finally given in? Mike Costa, Christos N. Gage, and Antonio Fuso finally bring Chuckle's story to a close in G.I. JOE: Cobra, Vol. 4, and not everyone is getting out alive. This is the G.I. JOE book that defines the future for IDW's G.I. JOE series. Don’t miss it! 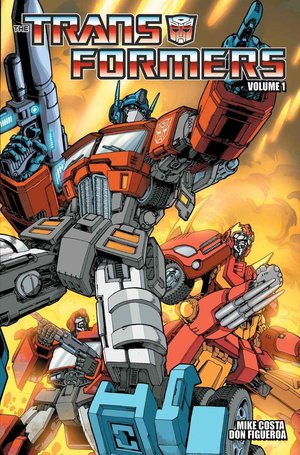 The ​Transformers 1. - For All Mankind Mike Costa
0

Mike Costa - The ​Transformers 1. - For All Mankind
It’s ​been three years since the devastating events of All Hail Megatron. The Earth has been rebuilt, the Autobots are in hiding, and the next great era in the Transformers saga is about to begin! Critically acclaimed writer Mike Costa is joined by superstar artist Don Figueroa for IDW’s biggest book of the year — the launch of the first ongoing Transformers title in five years! 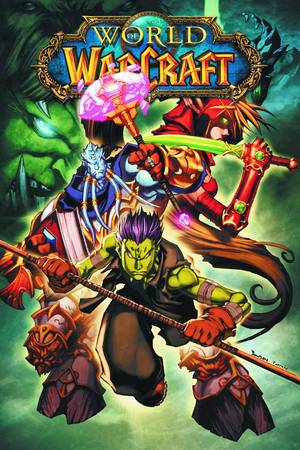 Walter Simonson - Louise Simonson - Mike Costa - World ​of Warcraft 4. (angol)
In ​this epic tale from WORLD OF WARCRAFT #22-25 and the WORLD OF WARCRAFT SPECIAL, a new Council of Tirisfal is formed following an attempt on Med'an's life. And while Med'an, Valeera and Maraad travel to Kharazhan to speak with the shade of Med'an's father, Garona and Meryl team up to take out the ogre Cho'gall. Inspired by the outrageously popular MMORPG! 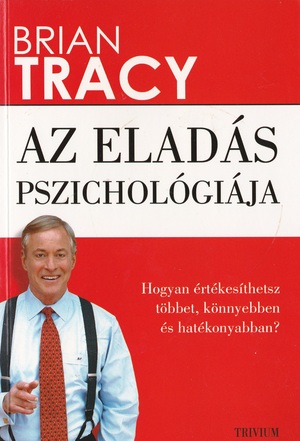