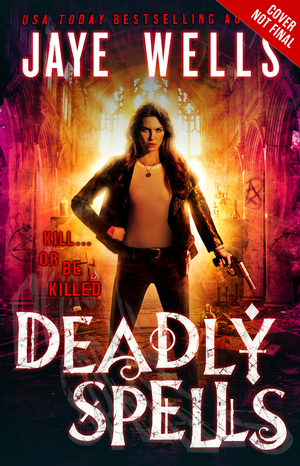 Jaye Wells - Deadly ​Spells
DIRTY ​MAGIC CAN KILL YOU. After the grisly murder of a dirty magic coven leader, Kate Prospero and the MEA team must pitch in to help the police find the killer. When the initial evidence points to a rival coven as the culprit, the threat of a coven war looms over the investigation. But the case becomes even more complex when a tenacious reporter insists on sticking her nose in both the investigation and Prospero's own past. But Prospero isn't the only one whose old ghosts are coming back to haunt them. Newly minted mayor of Babylon, John Volos, as well as Prospero's boss, Special Agent Miranda Gardner may have damning ties to the murderer. The team will have to use all the weapons in their arsenal to stop the coven war and find the killer before the case brings down all their careers. Deadly Spells is the third novel in the Prospero's War series that started with Dirty Magic and Cursed Moon! 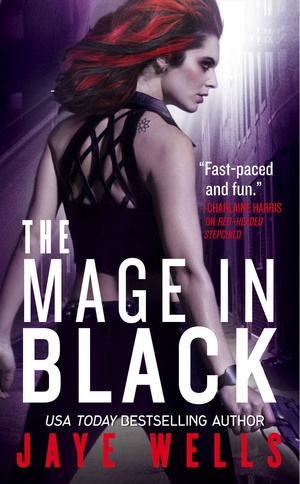 The ​Mage in Black Jaye Wells
0

Jaye Wells - The ​Mage in Black
Sabina ​Kane doesn't have the best track record when it comes to family. After all, her own grandmother, leader of the vampire race, wants her dead. So when she arrives in New York to meet her mage relatives, the reunion puts the fun in dysfunctional. Not only is mage culture completely bizarre, but everyone seems to think she's some kind of 'Chosen' who'll unite the dark races. Sabina doesn't care who chose her, she's not into destiny. But the mages aren't Sabina's only problem. In New York's Black Light District, she has run-ins with fighting demons, hostile werewolves and an opportunistic old flame. Sabina thought she'd take a bite out of the Big Apple - but it looks like it wants to bite back. 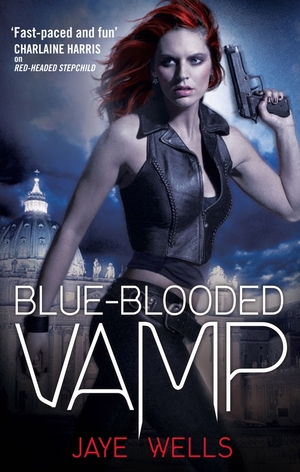 Jaye Wells - Blue-Blooded ​Vamp
Sabina ​Kane is on the hunt. Her prey: Cain, the father of the vampire race and the one who murdered her family and her friends. Unfortunately, Cain is hunting Sabina, too. The one man who holds the key to defeating Cain is, of course, Abel. A mage with secrets to spare and, hopefully, the power to match it. Unfortunately, for Sabina, he's in Rome and may not want to be found. Sabina sets out for Italy with her friends, Giguhl and Adam Lazarus, to track down the only man who can get her the revenge she hungers for. But will he help her or oppose her? And just who is Abel, really? Worst of all, when Sabina figures out the goddess Lilith has a plan for her-she realizes this trip is getting deadlier by the minute. As they say: when in Rome-SURVIVE. 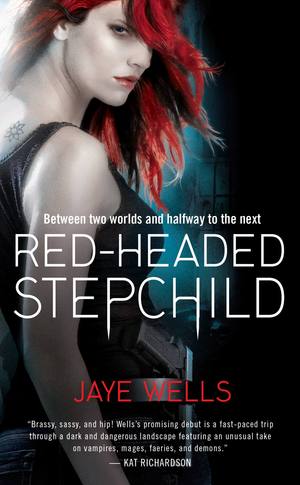 Jaye Wells - Red-Headed ​Stepchild
In ​a world where being of mixed-blood is a major liability, Sabina Kane has the only profession fit for an outcast: assassin. But, her latest mission threatens the fragile peace between the vampire and mage races and Sabina must scramble to figure out which side she's on. She's never brought her work home with her---until now. This time, it's personal. 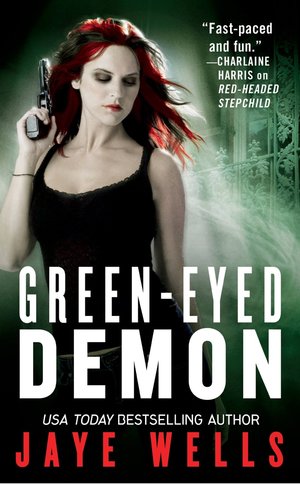 Jaye Wells - Green ​Eyed Demon
The ​clock is ticking for Sabina Kane. She has to save her sister from her mysterious captors. And in order to do that, she has to broker a deal between the mages and the vampires before all hell breaks loose. But as much as Sabina is focused on surviving the present, the past won’t be ignored. Before she can save those she cares about, she’s got to save herself from the ghosts of her past. Because the past is haunting her. Literally. 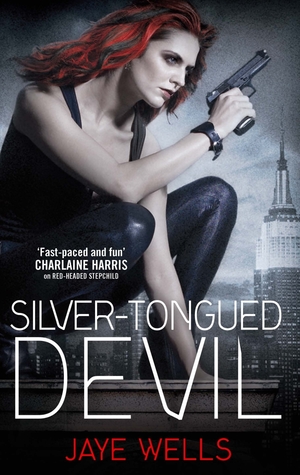 Jaye Wells - Silver-Tongued ​Devil
Now ​that the threat of war has passed, Sabina Kane is ready to focus on the future. Her relationship with Adam Lazarus is getting stronger and she's helping her sister, Maisie, overcome the trauma of her captivity in New Orleans. Even Giguhl is managing to stay out of trouble thanks to the arrival of Pussy Willow and his new roller derby team. But as much as Sabina wants to feel hopeful about the future, part of her doesn't trust that peace is possible. Her suspicions are confirmed when a string of sadistic murders threaten to stall treaty negotiations between the mages and the vampires. Sabina pitches in to find the killer, but her investigation soon leads her down dark paths that have her questioning everyone she thought she could trust. And the closer she gets to the killer, the more Sabina begins to suspect this is one foe she may not be able to kill. 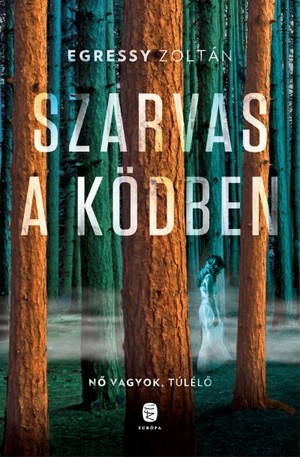