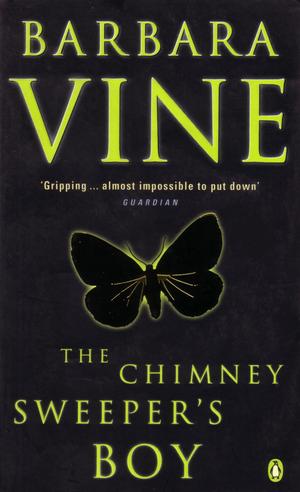 Barbara Vine - The ​Chimney Sweeper's Boy
This ​is the story of best-selling novelist Gerald Candless, whose sudden death from a heart attack leaves behind a wife and two doting daughters. To sort through her grief, one of his daughters, Sarah, decides to write a biography of her internationally celebrated father. Within hours of beginning her research, Sarah comes across the first of what will be many shocking revelations. As her life is slowly torn apart, a terrible logic finally emerges to explain her mother's remoteness, her father's need to continually reinvent himself in his work, and a long-forgotten London murder. 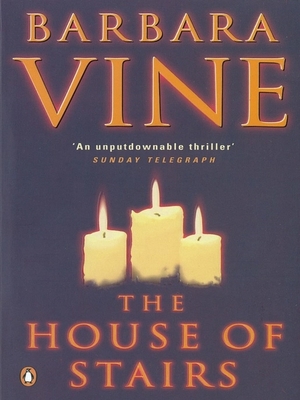 The ​House of Stairs Barbara Vine
2

Barbara Vine - The ​House of Stairs
The ​House of Stairs isn't a conventional detective story - instead, it is a rich and complex psychological thriller. This story explores the series of events that lead to a murder, and the truth about the tragedy is gradually revealed as the story jumps backwards and forwards in time. 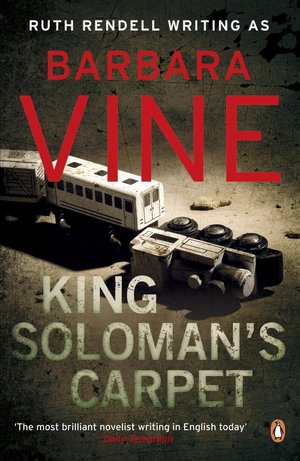 Barbara Vine - King ​Solomon's Carpet
"King ​Solomon's Carpet" is a prize-winning crime classic from bestselling author Barbara Vine. This is the winner of the Crime Writers Association Gold Dagger Award. "The tension grows ...an overwhelming sense of foreboding ...when the unravelling takes place, it is brilliantly unexpected and original". ("The Times"). Jarvis Stringer lives in a crumbling schoolhouse overlooking a tube line, compiling his obsessive, secret history of London's Underground. His presence and his strange house draw a band of misfits into his orbit: young Alice, who has run away from her husband and baby; Tom, the busker who rescues her; truant Jasper who gets his kicks on the tube; and mysterious Axel, whose dark secret later casts a shadow over all of their lives. Dispossessed and outcast, those who come to inhabit Jarvis' schoolhouse are gradually brought closer together in violent and unforeseen ways by London's forbidding and dangerous Undergound..."I longed to know what would happen next. Towards the end the tension fairly gets you by the throat". ("Sunday Express"). "Vine arouses a genuine fear that all that is normal is in danger of being lost". ("Sunday Times"). "King Solomon's Carpet" is a modern masterpiece of the crime genre and will leave you gripped from the first page to the last. If you enjoy the novels of P.D. James, Ian Rankin and Scott Turow, you will love this book. Barbara Vine is the pen-name of Ruth Rendell. She has written fifteen novels using this pseudonym, including "A Fatal Inversion" and "King Solomon's Carpet" which both won the Crime Writers' Association Gold Dagger Award. Her other books include: "A Dark Adapted Eye"; "The House of Stairs"; "Gallowglass"; "Asta's Book"; "No Night Is Too Long"; "In the Time of His Prosperity"; "The Brimstone Wedding"; "The Chimney Sweeper's Boy"; "Grasshopper"; "The Blood Doctor"; "The Minotaur"; "The Birthday Present" and "The Child's Child". 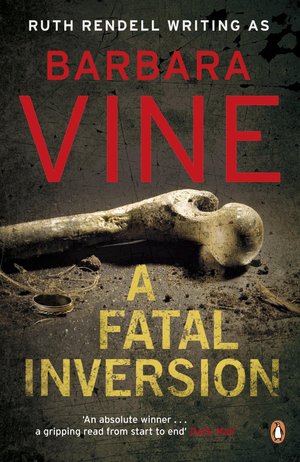 Barbara Vine - A ​Fatal Inversion
In ​the long, hot summer of 1976, a group of young people is camping in Wyvis Hall. Adam, Rufus, Shiva, Vivien and Zosie hardly ask why they are there or how they are to live; they scavenge, steal and sell the family heirlooms. Ten years later, the bodies of a woman and child are discovered in the Hall's animal cemetery. Which woman? And whose child? 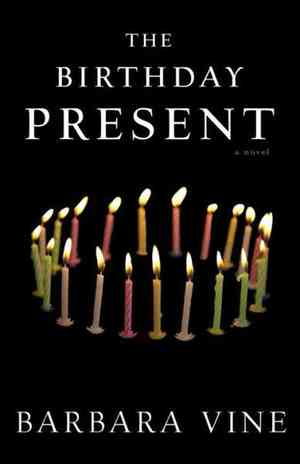 Barbara Vine - The ​Birthday Present
Ivor ​Tesham is a handsome, single, young member of Parliament whose political star is on the rise. When he meets a woman in a chance encounter–a beautiful, leggy, married woman named Hebe–the two become lovers obsessed with their trysts, spiced up by what the newspapers like to call “adventure sex.” It’s the dress-up and role-play that inspire Ivor to create a surprise birthday present for his beloved that involves a curbside kidnapping. It’s all intended as mock-dangerous foreplay, but then things take a dark turn. After things go horribly wrong, Ivor begins to receive anonymous letters that reveal astonishingly speciﬁc details about the affair and its aftermath. Somehow he must keep his role from being uncovered–and his political future from being destroyed by scandal. Like a heretic on the inquisitor’s rack, Ivor is not to be spared the exquisitely slow and tortuous unfolding of events, as hints, nuances, and small revelations lay his darkest secrets hideously bare for all the world to see. The Birthday Present is a deft, insightful, and compulsively readable exploration of obsessive desire–and the dark twists of fate that can shake the lives of even those most insulated by privilege, sophistication, and power. 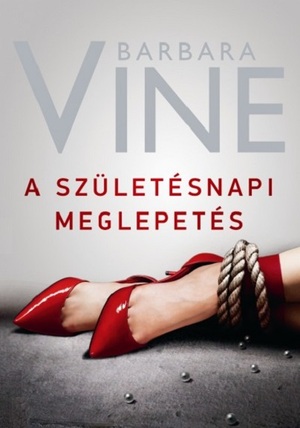 Barbara Vine - The ​Blood Doctor
When ​Martin Nanther, Hereditary Peer in the House of Lords, is choosing the subject of his next biography, he becomes intrigued by the life of his own great-grandfather, Henry Nanther. So grateful was Queen Victoria for Henry’s services as physician to the royal family that she granted him a peerage, making him a lord, the first doctor ever to be so honored. Henry had been especially attentive to hemophiliacs in the royal family, for he was obsessed with blood. As he recounted in his diary, “Red is my favorite color. To me a splash of blood is beautiful, and I profoundly lack understanding of those who flinch or even faint at the sight of it.” As his research deepens, Martin begins to uncover hints that his great-grandfather’s fascination with blood may have had its darker side. The murder of Henry’s fiancée, the death of his young son, the remarkable number of relatives and friends who died mysteriously—could all these have been mere coincidence? Martin scours England and America for relatives whose attics or memories might hold clues, until finally the tragic truth stands revealed. Drawing from the dark themes of obsession and murder that drive so many of Barbara Vine’s extraordinary novels, The Blood Doctor is also enriched by domestic intimacies familiar to readers of Ruth Rendell’s beloved Inspector Wexford novels and by details of Dame Rendell’s own experience as a Life Peer in the House of Lords. Once again we have a masterful work from a storyteller of the highest order. 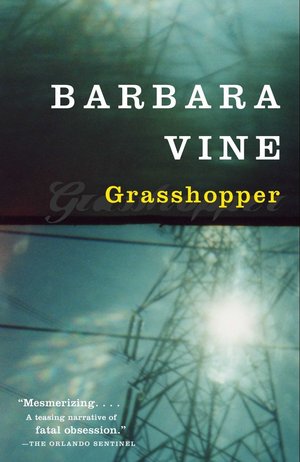 Barbara Vine - Grasshopper
Clodagh ​Brown loved climbing. First it was trees. Later, as a teenager, she would scale the electrical pylons that tower over the English countryside like giant grasshoppers—and share the experience with Daniel, her first lover. As a young woman she'd walk for miles over London's rooftops, peering through windows into people's intimate lives in a nightly ritual that bound her closely to the small group of friends with whom she lived and climbed. Looking back on it, Clodagh would claim that her passion for heights saved her life—but not without exacting a terrible cost.... Grasshopper is Ruth Rendell's ninth novel written using the pseudonym Barbara Vine. Under her own name, Ruth Rendell writes classic whodunits featuring Inspector Wexford and novels renowned for their mastery of psychological suspense. Her Barbara Vine novels are written in exquisitely crafted layers, peeled away page by page to expose the darkest longings and obsessions of the human heart. 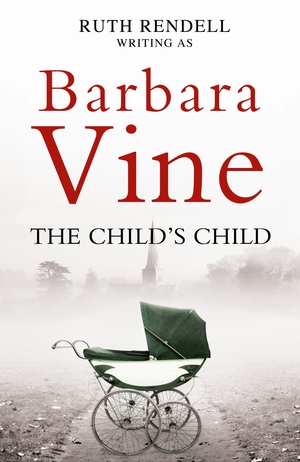 Barbara Vine - The ​Child's Child
From ​“the most brilliant mystery writer of our time" (Patricia Cornwell), The Child’s Child is a thriller, set in London, about a brother and sister involved with the same man. When 30-something Grace and her brother Andrew inherit their grandmother's house in London they decide to move in together. They’ve always gotten on well and the house is large enough to split down the middle. Yet when Andrew's partner James moves in, the balance is altered – with almost fatal consequences. A master of psychological suspense, Barbara Vine takes us where violence and social taboos collide. She shows how society's treatment of those it once considered undesirable has changed – and how sometimes it hasn't. 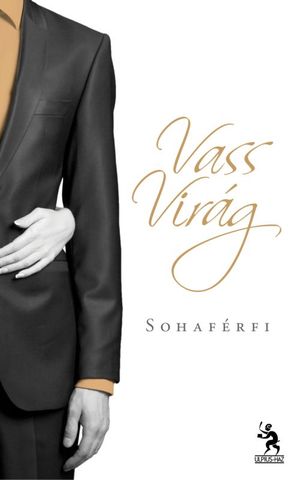