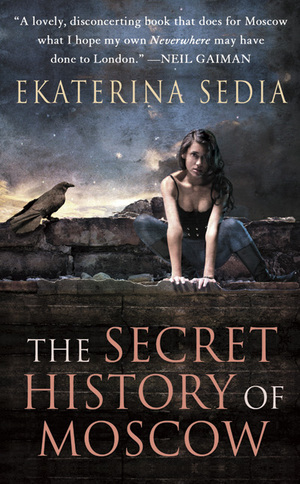 Ekaterina Sedia - The ​Secret History of Moscow
Every ​city contains secret places, and Moscow is no different, its citizens seeking safety under the city during tumultuous times - a cavernous dark world of magic, weeping trees and albino jackdaws, where exiled pagan deities and fairytale creatures still whisper strange tales to everyone who would listen. Through their interlocking stories, a very different history emerges, full of betrayals and unseen hostilities, between the real world and the world below . . . and now, in the early 1990's, the conflict is escalating. Galina is a young woman, caught like many of her contemporaries in the new economic uncertainty and apparent lawlessness of the country. In the midst of all this chaos, her sister Maria turns into a jackdaw and flies away . . . prompting Galina to help Yakov, a policeman investigating a rash of recent disappearances. Their search will take them to the underground realm of hidden histories and archetypes, to find themselves caught between reality and myth, past and present, truth and betrayal . . . the secret history of Moscow. 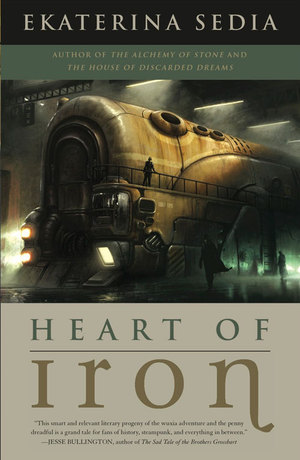 Ekaterina Sedia - Heart ​of Iron
In ​a Russia where the Decembrists’ rebellion was successful and the Trans-Siberian railroad was completed before 1854, Sasha Trubetskaya wants nothing more than to have a decent debut ball in St. Petersburg. But her aunt’s feud with the emperor lands Sasha at university, where she becomes one of its first female students—an experiment, she suspects, designed more to prove female unsuitability for such pursuits than offer them education. The pressure intensifies when Sasha’s only friends—Chinese students—start disappearing, and she begins to realize that her new British companion, Jack, has bigger secrets than she can imagine. Sasha and Jack find themselves trying to stop a war brewing between the three empires. The only place they can turn to for help is the Heavenly Kingdom of Great Peace, newly founded by the Taiping rebels. Pursued by the terrifying Dame Florence Nightingale of the British Secret Service, Sasha and Jack escape across Siberia via train to China. Sasha discovers that Jack is not quite the person she thought he was … but then again, neither is she. 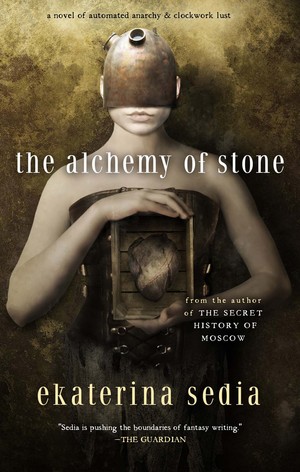 The ​Alchemy of Stone Ekaterina Sedia
3

Ekaterina Sedia - The ​Alchemy of Stone
Mattie, ​an intelligent automaton skilled in the use of alchemy, finds herself caught in the middle of a conflict between gargoyles, the Mechanics, and the Alchemists. With the old order quickly giving way to the new, Mattie discovers powerful and dangerous secrets - secrets that can completely alter the balance of power in the city of Ayona. However, this doesn't sit well with Loharri, the Mechanic who created Mattie and still has the key to her heart - literally! A steampunk novel of romance, political intrigue, and alchemy, _The Alchemy of Stone_ represents a new and intriguing direction by the author of the critically-acclaimed _The Secret History of Moscow._