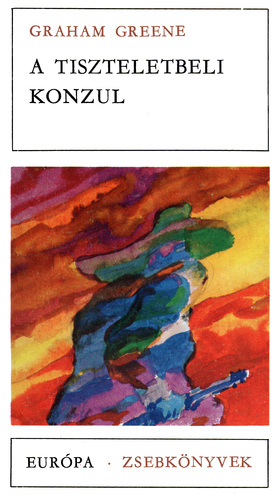 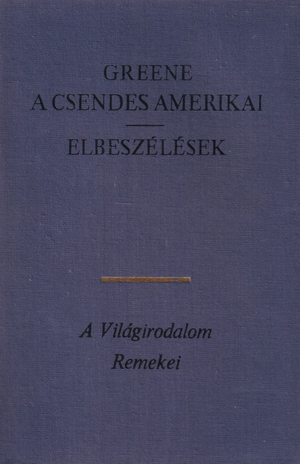 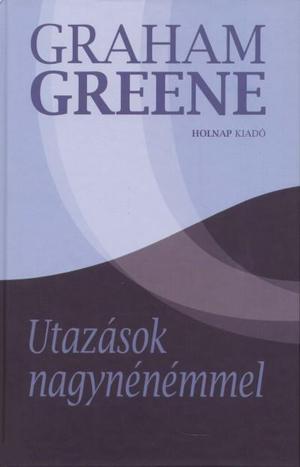 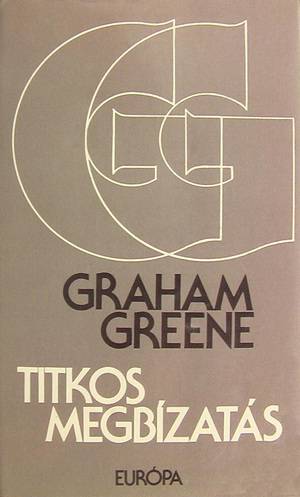 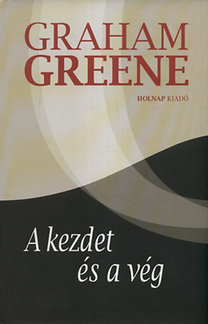 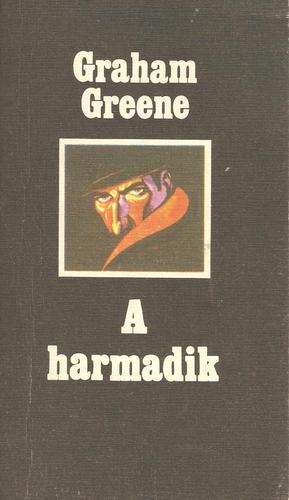 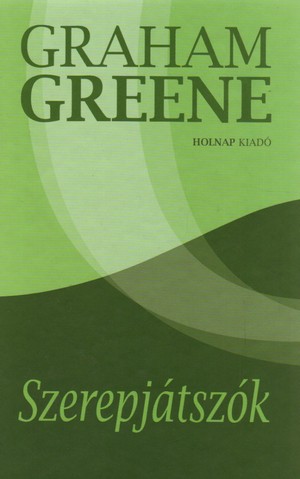 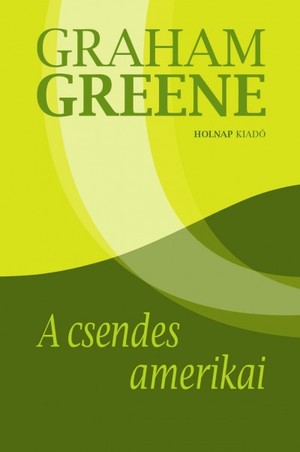 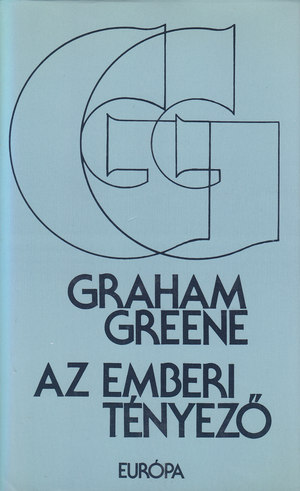 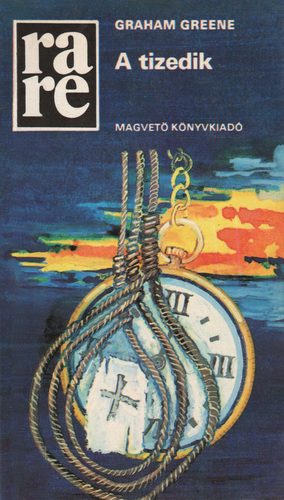 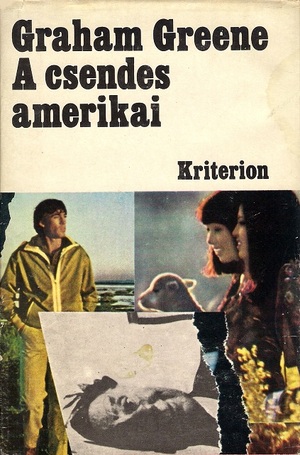 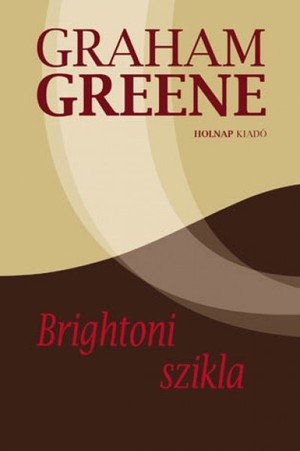 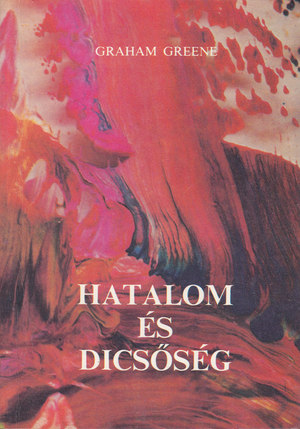 A ​Gun for Sale Graham Greene
0

Graham Greene - A ​Gun for Sale
Raven ​is an ugly man dedicated to ugly deeds. His cold-blooded killingof the Minister of War is an act of violence with chillingrepercussions, not just for Raven himself but for the nation as awhole. The money he receives in payment for the murder is madeup of stolen notes. When the first of these is traced, Raven is a manon the run. As he tracks down the agent who has been double-crossinghim and attempts to elude the police, he becomes both hunter andhunted: an unwitting weapon of a strange kind of social justice. It's ​a Battlefield Graham Greene
0 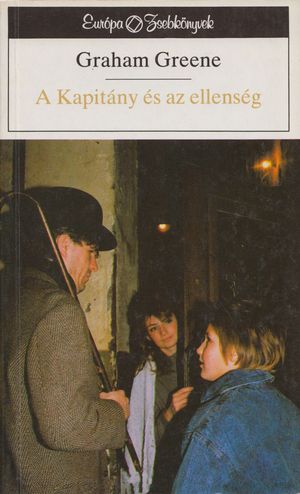 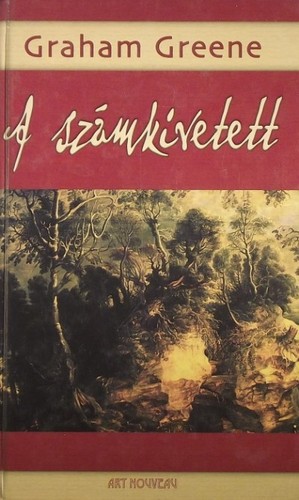 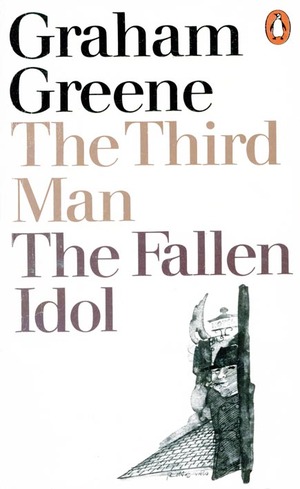 The ​Third Man and The Fallen Idol Graham Greene
0

Graham Greene - The ​Third Man and The Fallen Idol
The ​Third Man, written originally as the outline for the screenplay of Carol Reed's famous 1949 film of the same name, is set in occupied Vienna just after World War II. The sectors established by the conquering British, Americans, French, and Russians contribute to an atmosphere of tension and mystery, and an almost palpable aura of menace as residents and visitors alike must deal with four different governments, four sets of officials, and four collections of laws as they move throughout the city. Rollo Martins, an author of cowboy novels, arrives in Vienna to visit an old school friend, Harry Lime, only to find that he has arrived on the day of Lime's funeral. Investigating Lime's death, Martins learns that a neighbor saw the traffic accident that killed Lime and observed three men carrying Lime's body from the scene. Only two of those men have been identified--the third man has vanished. As Martins investigates Lime's death, the novel is by turns exciting and darkly humorous, intensely visual in its descriptions and action, but lacking the characterization and thematic focus which one associates with most of Greene's work. The novella is full of wit and dark theatrics, and includes everything from a chase through the sewers to a love story. The Fallen Idol, sometimes known as "The Basement Room," is, by contrast, a psychological, rather than plot-based story. Nine-year-old Philip, who idolizes the family's butler Baines, since his parents pay little attention to him, is left with Baines and his wife while the parents go on vacation. Baines is having an affair, and Philip innocently discloses this to his wife. The resulting confrontation results in an accident in which the wife ends up dead, and Philip, panicked, runs out, only to be picked up by a policeman, to whom another naive remark conveys the idea that Baines has murdered her. Irony and a delightfully drawn child's point of view (unusual for Greene) make The Fallen Idol one of Greene's more interesting and twisted stories. The ​End of the Affair Graham Greene
4

Graham Greene - The ​End of the Affair
The ​love affair between Maurice Bendix and Sarah, flourishing in the turbulent times of the London Blitz, ends when she suddenly and without explanation breaks it off. Two years later, after a chance meeting, Bendix hires a private detective to follow Sarah, and slowly his love for her turns into an obsession. 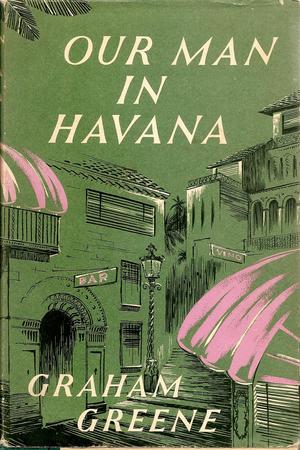 Our ​Man in Havana Graham Greene
2

Graham Greene - Our ​Man in Havana
In ​pre-Castro Cuba, James Wormold’s wife has left him for another man, leaving him alone with his teenage daughter Milly. Wormold’s career as a vacuum cleaner salesman doesn’t net enough to pay for Milly’s champagne tastes, so when an acquaintance offers him work with the British secret service, he readily accepts. Unfortunately, Wormold has no information to relay to the home office, but he’s not about to let a small matter like that keep him from the gravy train. Undaunted, he creates a vast network of agents, eventually passing off a sketch of a vacuum cleaner’s circuit diagram as a secret military installation. This marvelous coup marks Wormold as a rising star and lands him his very own private secretary. But when people around him start dropping like flies, Wormold realizes that someone is taking his little game very, very seriously…This sparkling spoof is one of Greene’s funniest and most accessible novels. Graham Greene - The ​Quiet American
While ​the French Army in Indo-China is grappling with the Vietminh, back in Saigon a young and high-minded American named Pyle begins to channel economic aid to a "Third Force." Caught between French colonialists and the Vietminh, Fowler, the narrator and seasoned foreign correspondent, observes: "I never knew a man who had better motives for all the trouble he caused." As young Pyle's policies blunder on into bloodshed, the older man finds it impossible to stand aside as an observer. But Fowler's motives for intervening are suspect, both to the police and to himself: for Pyle has robbed him of his Vietnamese mistress. 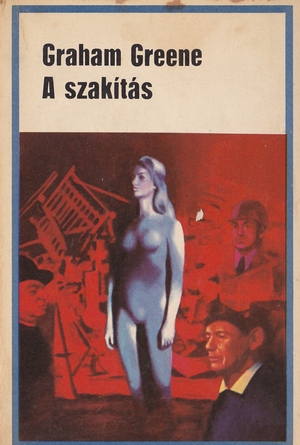 Graham Greene - Twenty-One ​Stories
21 ​stories of murder, intrigue, espionage, brutality, love and the supernatural, by one of the world's most powerful writers!