The ​Book of Nonsense and Nonsense Songs Edward Lear
1

Edward Lear - The ​Book of Nonsense and Nonsense Songs
Ever ​since we read or heard The Owl and the Pussy-Cat as children, the poetry of Edward Lear has charmed us with its wonderful eccentricity. This collection of verse and limericks contains much for adults and children to enjoy: humorous verse with cleverly invented language, strong rhythms and quirky, imaginative themes. Lear was the inventor of the Limerick and here you will find many of the first and funniest ever written, but there are also longer nonsense poems, songs, narrative verse and hilarious illustrations. All in all this collection of Lear's nonsense is a marvellous escape from the commonplace into the world of the absurd.

Edward Lear - Edward ​Lear's Complete Nonsense
Although ​he was at one time art master to Queen Victoria and his delicate watercolour landscapes and bird prints are still sought after, it is as the laureate of nonsense that Edward Lear is best remembered. Shy in the company of adults, he began writing limericks to amuse the children of his patron, the Earl of Derby. It was for them that 'The Owl and the Pussycat', 'The Jumblies', 'The Pobble Who Had No Toes' and so many other immortal characters were invented. Travelling extensively in Europe and Asia, he wrote letters full of puns, absurd rhymes and comic drawings to his young friends. 'Bosh,’ as Lear remarked, 'requires a good deal of care,' and he lavished it on his own creations. This charming compendium features Lear’s original illustrations and is introduced by Quentin Blake. 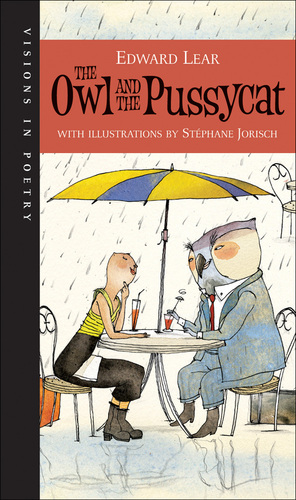 The ​Owl and The Pussycat Edward Lear
0

Edward Lear - The ​Owl and The Pussycat
Visions ​in Poetry is an innovative and award-winning series of classic poems re-interpreted for today's readers by outstanding contemporary artists in distinctively beautiful editions. The sixth Visions in Poetry book is The Owl and the Pussycat, a nonsense poem by Edward Lear, brilliantly illustrated by Stéphane Jorisch. The artist's vision begins in a segregated world where different species never mix and everyone hides behind a mask. Against this backdrop an aristocratic owl from Owl Heights and a bohemian pussycat from the other side of the tracks find each other. They escape society's disapproval by sailing in their pea green boat to "the land where the bong-tree grows," a utopia of mismatched creatures living together, their masks doffed for good. Jorisch's playful and fantastic interpretation, inspired in part by Lear's own illustrations as well as the films of Fellini, the art of Miro and The Beatles' Yellow Submarine, is a celebration of love and an exhilarating journey that takes us beyond the quirky charm of this favorite poem. 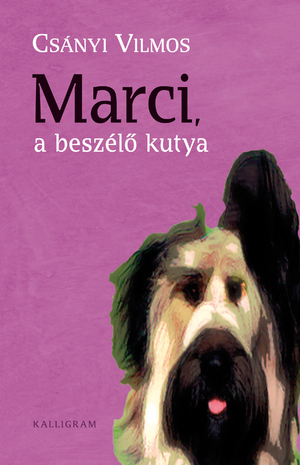