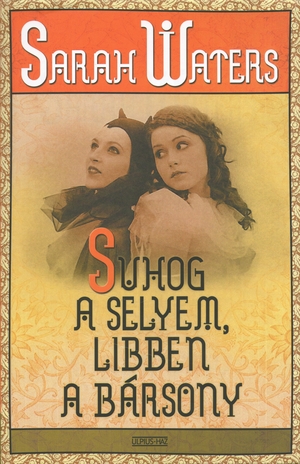 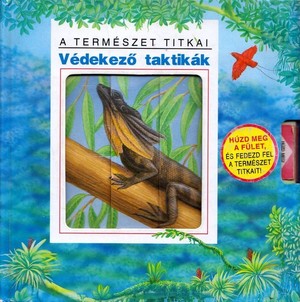 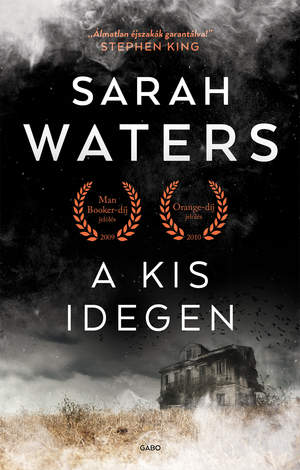 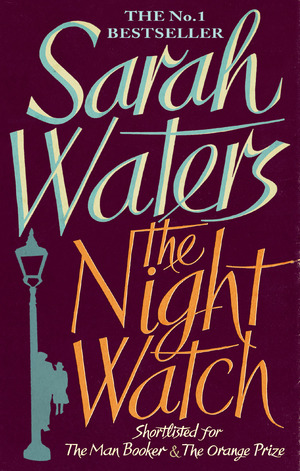 Sarah Waters - The ​Night Watch
A ​novel of relationships set in 1940s London that brims with vivid historical detail, thrilling coincidences, and psychological complexity, by the author of the Booker Prize finalist Fingersmith. Sarah Waters, whose works set in Victorian England have awards and acclaim and have reinvigorated the genres of both historical and lesbian fiction, returns with novel that marks a departure from nineteenth century and a spectacular leap forward in the career of this masterful storyteller. Moving back through the 1940s, through air raids, blacked-out streets, illicit liasons, and sexual adventure, to end with its beginning in 1941, The Night Watch tells the story of Londoners: three women and a young man with a past-whose lives, and those of their friends and lovers, connect in ways that are surprising not always known to them. In wartime London, the women work-as ambulance drivers, ministry clerks, and building inspectors. There are feats of heroism, epic and quotidian, and tragedies both enormous and personal, but the emotional interiors of her characters that Waters captures with absolute and intimacy. Waters describes with perfect knowingness the taut composure of a rescue worker in the aftermath of a bombing, the idle longing of a young woman her soldier lover, the peculiar thrill convict watching the sky ignite through the bars on his window, the hunger a woman stalking the streets for encounter, and the panic of another who sees her love affair coming end. At the same time, Waters is absolute control of a narrative that offers up subtle surprises and exquisite twists, even as it depicts the impact grand historical event on individual lives. Tender, tragic, and beautifully poignant, The Night Watch is a towering achievement that confirms its author as "one of the best storytellers alive today" (Independent on Sunday). 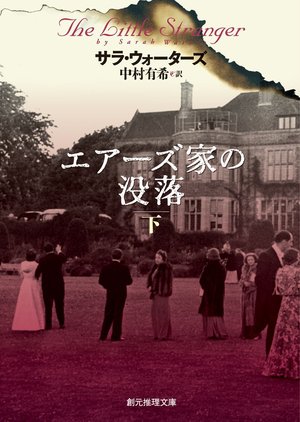 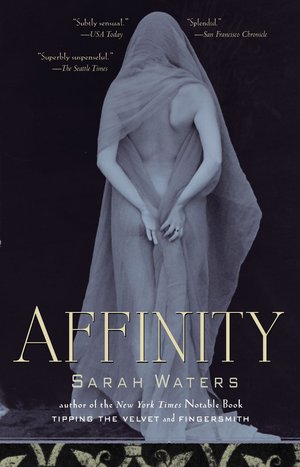 Sarah Waters - Affinity
In ​late September 1874, Margaret Prior makes her way through the pentagons of London's Millbank Prison, a place of fearful symmetry and endless corridors. This plain woman on the verge of 30 has come to comfort those behind bars, several of whom Waters brings to instant, sad life. And our Lady Visitor plans to take her role dead seriously, having recovered from two years of nervous indolence in her family's Chelsea house. One person, however, makes her job a passion. Opening an inspection slit (or „eye” as these devices are known), Margaret hears „a perfect sigh, like a sigh in a story.” Peering inward, she's confronted by the most erotic of visions–a woman turned toward the sun, caressing her cheek with a forbidden violet: „As I watched, she put the flower to her lips, and breathed upon it, and the purple of the petals gave a quiver and seemed to glow…” Selina Dawes may indeed have the face of a Crivelli angel, but this medium is in for fraud and assault, her last session having gone very badly indeed. Suffice it to say that the first full encounter between these two very different women is enthralling. „You think spiritualism a kind of fancy,” Selina riddles. „Doesn't it seem to you, now you are here, that anything might be real, since Millbank is?” And soon enough Margaret receives several viable signs of the supernatural: a locket disappears from her room, flowers mysteriously appear, and her dazzling friend knows everything about her. Strangest of all, Selina seems to love her. As Margaret records her weekly prison forays, her own past comes into focus, notably her plans to travel to Italy with her first love (who is now her sister-in-law). But her current journal, she convinces herself, is to be very different from her last one, which „took as long to burn as human hearts, they say, do take.” Meanwhile, Waters offers a narrative two-for-one, placing Margaret's diary cheek by jowl with Selina's chronicle of her pre-Millbank existence. This dispassionate, staccato record initially suggests that we can separate truth from desire. Or can we? What Waters's haunting creation leaves us with is a more painful reality–that knowledge and belief are entirely different things. –Kerry Fried 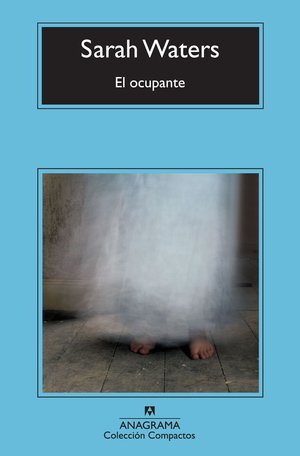 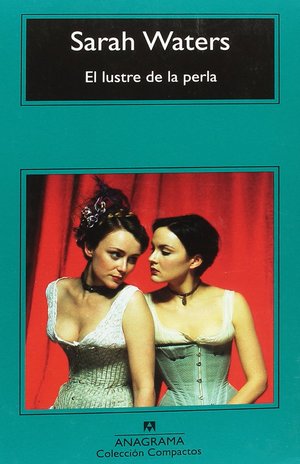 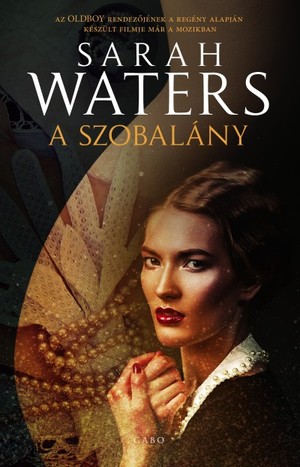 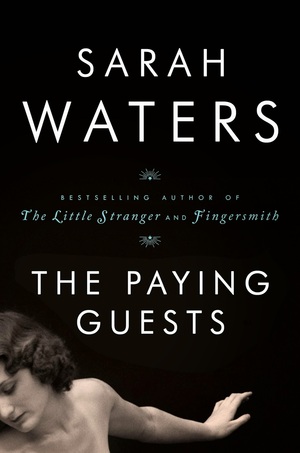 Sarah Waters - The ​Paying Guests
From ​the bestselling author of The Little Stranger and Fingersmith, an enthralling novel about a widow and her daughter who take a young couple into their home in 1920s London. It is 1922, and London is tense. Ex-servicemen are disillusioned; the out-of-work and the hungry are demanding change. And in South London, in a genteel Camberwell villa - a large, silent house now bereft of brothers, husband, and even servants - life is about to be transformed as impoverished widow Mrs. Wray and her spinster daughter, Frances, are obliged to take in lodgers. With the arrival of Lilian and Leonard Barber, a modern young couple of the “clerk class,” the routines of the house will be shaken up in unexpected ways. Little do the Wrays know just how profoundly their new tenants will alter the course of Frances’s life - or, as passions mount and frustration gathers, how far-reaching, and how devastating, the disturbances will be. Short-listed for the Man Booker Prize three times, Sarah Waters has earned a reputation as one of our greatest writers of historical fiction, and here she has delivered again. A love story, a tension-filled crime story, and a beautifully atmospheric portrait of a fascinating time and place, The Paying Guests is Sarah Waters’s finest achievement yet. 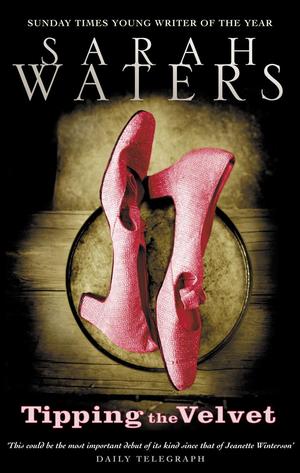 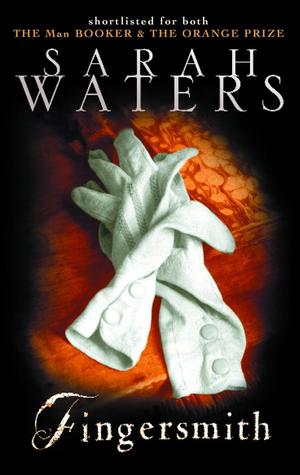 Sarah Waters - Fingersmith
Fingersmith ​is the third slice of engrossing lesbian Victoriana from Sarah Waters. Although lighter and more melodramatic in tone than its predecessor Affinity, this hypnotic suspense novel is awash with all manner of gloomy Dickensian leitmotifs: pickpockets; orphans; grim prisons; lunatic asylums; „laughing villains” and, of course, „stolen fortunes and girls made out to be mad”. Oliver Twist (which is mentioned on the opening page), The Woman in White and The Prince and the Pauper all exert an influence on it but none overawe. Like Peter Ackroyd, Waters has an uncanny gift for inventive reconstruction. Divided into three parts, the tale is narrated by two orphaned girls whose lives are inextricably linked. It begins in a grimy thieves kitchen in Borough, South London with 17-year-old orphan Susan Trinder. She has been raised by Mrs Sucksby, a cockney Ma Baker, in a household of fingersmiths (pickpockets), coiners and burglars. One evening Richard „Gentleman” Rivers, a handsome confidence man, arrives. He has an elaborate scheme to defraud Maud Lilly, a wealthy heiress. If Sue will help him she'll get a share of the „shine”. Duly installed in the Lillys' country house as Maud's maid, Sue finds that her mistress is virtually a prisoner. Maud's eccentric Uncle Christopher, an obsessive collector of erotica (loosely modelled on Henry Spenser Ashbee) controls every aspect of her life. Slowly a curious intimacy develops between the two girls and as Gentleman's plans take shape, Sue begins to have doubts. The scheme is finally hatched but as Maud commences her narrative it suddenly becomes more than a tad difficult to tell quite who has double-crossed who. Waters' penchant for Byzantine plotting can get a bit exhausting but even at its densest moments–and remember this is smoggy London circa 1862–it remains mesmerising. A damning critique of Victorian moral and sexual hypocrisy, a gripping melodrama and a love story to boot, this book ingeniously reworks some truly classic themes.–Travis Elborough 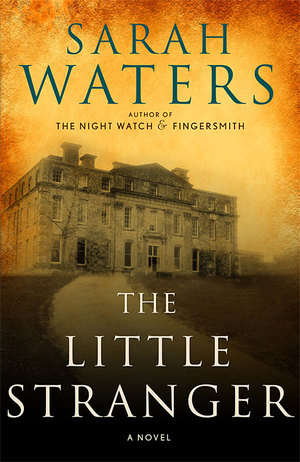 Sarah Waters - The ​Little Stranger
After ​her award-winning trilogy of Victorian novels, Sarah Waters turned to the 1940s and wrote THE NIGHT WATCH, a tender and tragic novel set against the backdrop of wartime Britain. Shortlisted for both the Orange and the Man Booker, it went straight to number one in the bestseller chart. In a dusty post-war summer in rural Warwickshire, a doctor is called to a patient at Hundreds Hall. Home to the Ayres family for over two centuries, the Georgian house, once grand and handsome, is now in decline, its masonry crumbling, its gardens choked with weeds, the clock in its stable yard permanently fixed at twenty to nine. But are the Ayreses haunted by something more sinister than a dying way of life? Little does Dr Faraday know how closely, and how terrifyingly, their story is about to become entwined with his. Prepare yourself. From this wonderful writer who continues to astonish us, now comes a chilling ghost story. 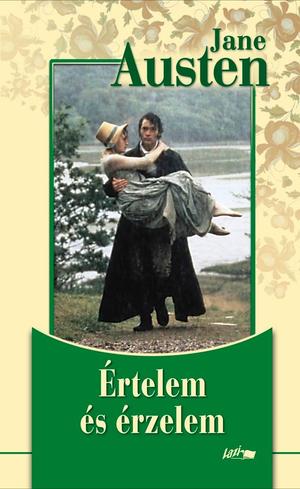