Giordano Bruno - Cantus ​Circaeus
There ​can be no doubt as to the importance Giordano Bruno’s life and writings had on the western esoteric tradition and the history of scientific thought. With this in mind, Ouroboros Press is pleased to be issuing the first English translation of Giordano Bruno’s Cantus Circaeus, rendered from the original Latin by Darius Klein. Originally printed in Paris 1582, the eloquence of Klein's English translation is fitting for the words of the Nolan. “To one who is about to behold the Daughter of the Sun, she who is learned in magical lore, and who comes forth from the hidden places; you shall go as a free man into the House of Circe, not bound by the fetters of Night.” From Giordano Bruno: Cantus Circaeus. In the beginning of his Cantus Circaeus, Bruno portrays the doctrine of correspondence as used with the seven planetary invocations, which are themselves tokens of praxis in the Hermetic tradition. The incantatory litanies include the names, attributes, plants, stones, animals and other qualities associated with the astral bodies, and are thus memory palaces of planetary arcana. Through dialogue, Circe and her assistant Moeris, explicate the use of images in the imagination in order to facilitate use of the Art of Memory which constitutes the latter half of the text. Francis A Yates, author of Giordano Bruno and the Hermetic Tradition comments: “Bruno’s magic memory system thus represents the memory of the Magus, one who both knows the reality beyond the multiplicity of appearances through having conformed his imagination to the archetypal images, and also has powers through this insight. It is the direct descendant of Ficino’s Neoplatonic interpretation of the celestial images, but carried to a much more daring extreme.” – Francis A. Yates; Giordano and the Hermetic Tradition.

On ​the Composition of Images, Signs and Ideas Giordano Bruno
1 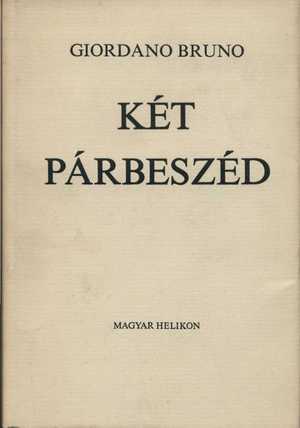 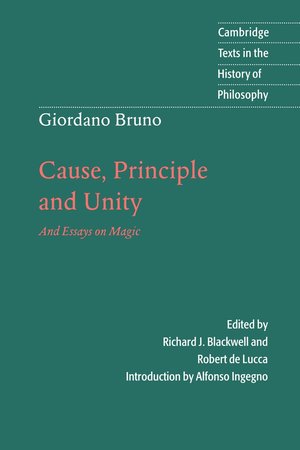 Cause, ​Principle and Unity Giordano Bruno
0

Giordano Bruno - Cause, ​Principle and Unity
Giordano ​Bruno's notorious public death in 1600, at the hands of the Inquisition in Rome, marked the transition from Renaissance philosophy to the Scientific Revolution of the seventeenth century. This volume presents new translations of Cause, Principle and Unity, in which he challenges Aristotelian accounts of causality and spells out the implications of Copernicanism for a new theory of an infinite universe, and of two essays on magic, in which he interprets earlier theories about magical events in the light of the unusual powers of natural phenomena.