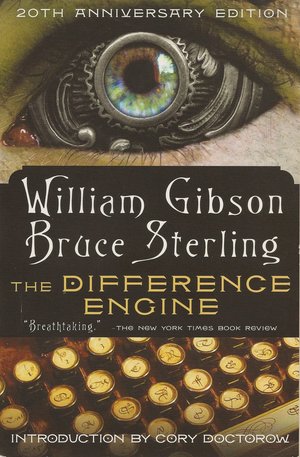 William Gibson - Bruce Sterling - The ​Difference Engine
The ​year is 1855. The computer age has arrived a century ahead of time, with Charles Babbage's perfection of his Analytic Engine. The Industrial Revolution, supercharged by the development of steam-driven cybernetic Engines, is in full and drastic swing. Great Britain, with her calculating cannons, steam dreadnoughts, machine-guns and information technology, prepares to better the world's lot . . . 'The Difference Engine' is a tour-de-force by two of SF's most talented and controversial writers, a brilliantly conceived alternate history steeped in superbly evoked atmosphere, featuring a dazzling cast of characters both fictional and historical. 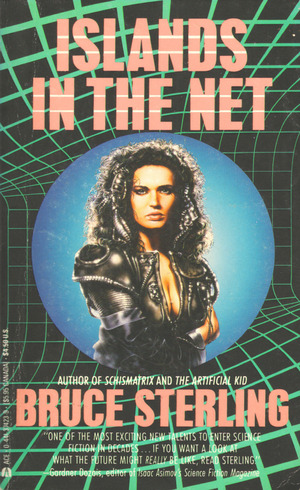 Islands ​in the Net Bruce Sterling
0

Bruce Sterling - Islands ​in the Net
In ​the high-tech twenty-first century, a family of "corporate associates" descends into an underworld of data pirates and bootleg biogenetics to discover the identity of new-order terrorists.

Bruce Sterling - Distraction
From ​Bruce Sterling, bestselling author of Heavy Weather and Holy Fire, comes this startling, disturbing, and darkly comic vision of the future of America. It is the story of a once great nation coming apart at the seams while an unending spectacle of politics, science, sex, and corruption has everyone too busy to notice.... It's November 2044, an election year, and the state of the Union is a farce. The federal government is broke, cities are privately owned, the military is shaking down citizens in the streets, and Wyoming is on fire. The last place anyone expects to find an answer is the nation's capital. Washington has become a circus and no one knows that better than Oscar Valparaiso. A master political spin doctor, Oscar has been in the background for years, doing his best to put the proper spin on anything that comes up. Now he wants to do something quite unusual in politics. He wants to make a difference. But Oscar has a skeleton in his closet: a grotesque and unspeakable scandal that haunts his personal life. He has one unexpected ally: Dr. Greta Penninger. She is a gifted neurologist at the bleeding edge of the neural revolution. Together Oscar and Greta know the human mind inside and out. And they are about to use that knowledge to spread a very powerful message: that it's a government of the people, by the people, and for the people. It's an idea whose time has come...again. And once again so have its enemies: every technofanatic, government goon, and reactionary laptop assassin in America. Like all revolutionaries, Oscar and Greta might not survive to change the world, but they're determined to put a new spin on it. 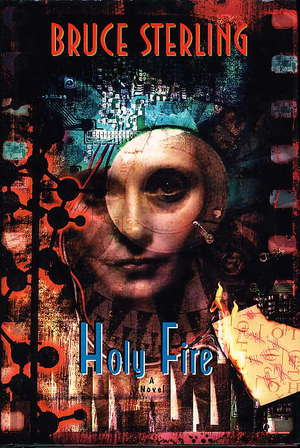 Bruce Sterling - Holy ​Fire
Bruce ​Sterling, named "one of the best thinkers in science fiction today" by Newsweek, now presents a cutting-edge novel about the beginning of the transformation of the human race. "Brilliant . . . fascinating . . . exciting . . . a full complement of thrills."--The New York Review of Science Fiction. In an era when life expectancies stretch 100 years or more and adhering to healthy habits is the only way to earn better medical treatments, ancient "post humans" dominate society with their ubiquitous wealth and power. By embracing the safe and secure, 94-year-old Mia Ziemann has lived a long and quiet life. Too quiet, as she comes to realize, for Mia has lost the creative drive and ability to love--the holy fire--of the young. But when a radical new procedure makes Mia young again, she has the chance to break free of society's cloying grasp. 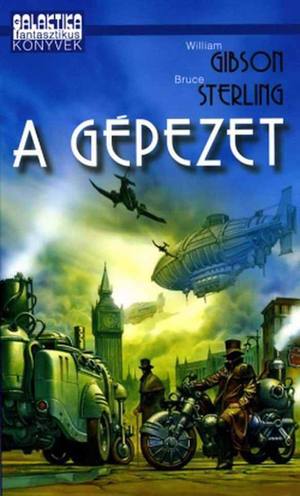 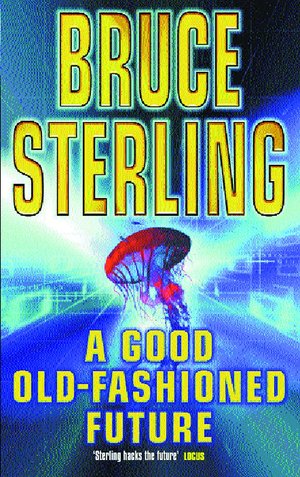 Bruce Sterling - A ​Good Old-Fashioned Future
The ​visionary work of one of the most imaginative and insightful writers at work today; a landmark collection. From subversive to the antic, the uproarious to the disturbing, the stories of Bruce Sterling are relentless, energy-filled journeys through a world running on empty. From The Little Jackal, a darkly hilarious thriller of mercenaries and gunrunners in Finland, to Taklamakan's stark and haunting vision of a post-atomic netherworld, Bruce Sterling once again breaks boundaries, breaksd icons and breaks rules to unleash the most dangerously provocative and intelligent SF being written today. 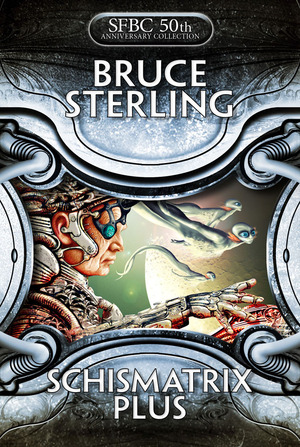 Bruce Sterling - Schismatrix ​Plus
Schismatrix ​Plus, is Bruce Sterling's new trade paperback. For the first time in one volume: every word Bruce Sterling has ever written on the Shapers-Mechanists Universe. In the last decade, Sterling has emerged a pioneer of crucial, cutting-edge science fiction. Now Ace Books is proud to offer Sterling's stunning world of the Schismatrix--where Shaper revolutionaries struggle against aristocratic Mechanists for ultimate control of man's destiny. This volume includes the classic full-length novel, Schismatrix, plus thousands of words of mind-bending short fiction.

Bruce Sterling - Schismatrix
In ​the last decade, Sterling has emerged a pioneer of crucial, cutting-edge science fiction. Now Ace Books is proud to offer Sterling's stunning world of the Schismatrix - where Shaper revolutionaries struggle against aristocratic Mechanists for ultimate control of man's destiny. 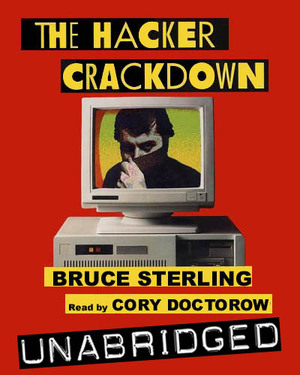 Bruce Sterling - The ​Hacker Crackdown
Bruce ​Sterling's classic work highlights the 1990 assault on hackers, when law-enforcement officials successfully arrested scores of suspected illicit hackers and other computer-based law-breakers. These raids became symbolic of the debate between fighting serious computer crime and protecting civil liberties. However, The Hacker Crackdown is about far more than a series of police sting operations. It's a lively tour of three cyberspace subcultures--the hacker underworld, the realm of the cybercops, and the idealistic culture of the cybercivil libertarians. Sterling begins his story at the birth of cyberspace: the invention of the telephone. We meet the first hackers--teenage boys hired as telephone operators--who used their technical mastery, low threshold for boredom, and love of pranks to wreak havoc across the phone lines. From phone-related hi-jinks, Sterling takes us into the broader world of hacking and introduces many of the culprits--some who are fighting for a cause, some who are in it for kicks, and some who are traditional criminals after a fast buck. Sterling then details the triumphs and frustrations of the people forced to deal with the illicit hackers and tells how they developed their own subculture as cybercops. Sterling raises the ethical and legal issues of online law enforcement by questioning what rights are given to suspects and to those who have private e-mail stored on suspects' computers. Additionally, Sterling shows how the online civil liberties movement rose from seemingly unlikely places, such as the counterculture surrounding the Grateful Dead. The Hacker Crackdown informs you of the issues surrounding computer crime and the people on all sides of those issues.