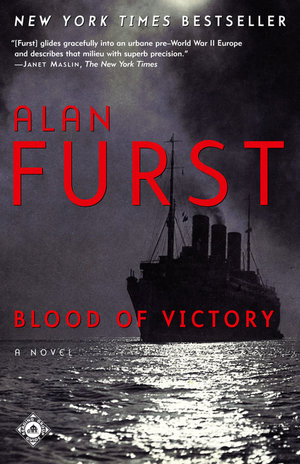 Alan Furst - Blood ​of Victory
Odessa ​-- city of Jewish gangsters, birthplace of Trotsky and ace spy Sidney Reilly, a mixture of chicken markets and Palladian architecture. The story begins on a Black Sea freighter in the winter of 1940. A.A. Serebin, poet and journalist, is on his way to Istanbul to effect the release of a former lover. The novel brings Serebin and his protector, police officer Ascher Levitch, into contact with a foreign espionage network centred in the Russian emigre communities of Paris, Berlin and Belgrade, as well as in Odessa itself. Blood of Victory is a panoramic novel, moving between Istanbul, Bucharest, Paris, Sofia and the Black Sea coast, involving Turkish secret police, Russian chekhists, French aristocrats, Roumanian millionaires, Polish exiles and British spies. It is Alan Furst at his uniquely brilliant best. 'Furst's ability to recreate the terrors of espionage is matchless' -- Robert Harris 'Nothing can be like watching CASABLANCA for the first time, but Furst comes closer than anyone has in years' -- Time 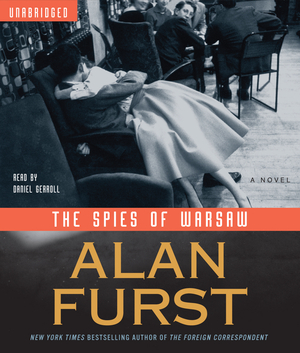 The ​Spies of Warsaw Alan Furst
1

Alan Furst - The ​Spies of Warsaw
On ​a cool October evening in 1937, German engineer and secret agent Herr Edvard Uhl arrives in Warsaw. He suppresses a chill of fear. Tonight, he will be with his mistress; tomorrow, he will be at a bar, where he will meet with a French military attache. Information will be exchanged for money. War is coming to Europe. And although bombs and bullets have yet to fly, French and German operatives are already caught in a deadly espionage battle. In a war of intelligence and subterfuge, no spy can help being drawn into the murky world of abduction, betrayal and intrigue. 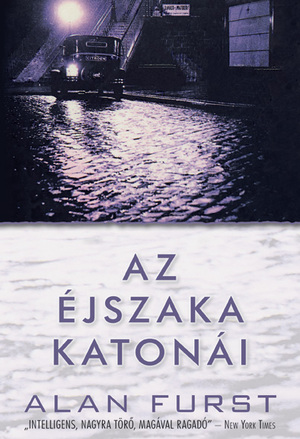 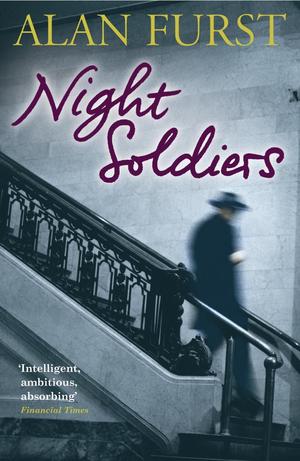 Alan Furst - Night ​Soldiers
Bulgaria, ​1934. Khristo Stoianev sees his brother kicked to death by a gang of strutting thugs. Recognising the growing menace of Fascism, he takes a risk on the promise of Communism and flees to Moscow, where he is trained as an agent of the NKVD, the Soviet secret intelligent service. His first mission is to Catalonia, where he is soon caught up in the bloody horrors of the Spanish Civil war. Warned that he is about to become a victim of Stalin's purges Khristo must again take flight, this time to Paris. 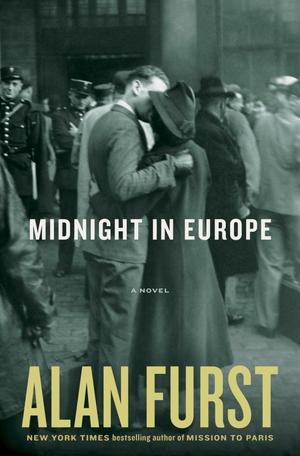 Alan Furst - Midnight ​in Europe
Paris, ​1938. As the shadow of war darkens Europe, democratic forces on the Continent struggle against fascism and communism, while in Spain the war has already begun. Alan Furst, whom Vince Flynn has called “the most talented espionage novelist of our generation,” now gives us a taut, suspenseful, romantic, and richly rendered novel of spies and secret operatives in Paris and New York, in Warsaw and Odessa, on the eve of World War II. Cristián Ferrar, a brilliant and handsome Spanish émigré, is a lawyer in the Paris office of a prestigious international law firm. Ferrar is approached by the embassy of the Spanish Republic and asked to help a clandestine agency trying desperately to supply weapons to the Republic’s beleaguered army - an effort that puts his life at risk in the battle against fascism. Joining Ferrar in this mission is a group of unlikely men and women: idealists and gangsters, arms traders and aristocrats and spies. From shady Paris nightclubs to white-shoe New York law firms, from brothels in Istanbul to the dockyards of Poland, Ferrar and his allies battle the secret agents of Hitler and Franco. And what allies they are: there’s Max de Lyon, a former arms merchant now hunted by the Gestapo; the Marquesa Maria Cristina, a beautiful aristocrat with a taste for danger; and the Macedonian Stavros, who grew up “fighting Bulgarian bandits. After that, being a gangster was easy.” Then there is Eileen Moore, the American woman Ferrar could never forget. In Midnight in Europe, Alan Furst paints a spellbinding portrait of a continent marching into a nightmare - and the heroes and heroines who fought back against the darkness. 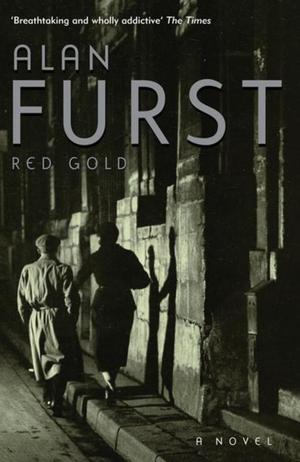 Alan Furst - Red ​Gold
Autumn ​1941: In a shabby hotel off the place Clichy, the course of the war is about to change. German tanks are rolling toward Moscow. Stalin has issued a decree: All partisan operatives are to strike behind enemy lines—from Kiev to Brittany. Set in the back streets of Paris and deep in occupied France, Red Gold moves with quiet menace as predators from the dark edge of war—arms dealers, lawyers, spies, and assassins—emerge from the shadows of the Parisian underworld. In their midst is Jean Casson, once a well-to-do film producer, now a target of the Gestapo living on a few francs a day. As the occupation tightens, Casson is drawn into an ill-fated mission: running guns to combat units of the French Communist Party. Reprisals are brutal. At last the real resistance has begun. Red Gold masterfully re-creates the shadow world of French resistance in the darkest days of World War II. 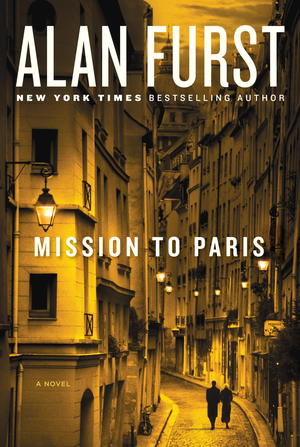 Alan Furst - Mission ​to Paris
“A ​master spy novelist.”—The Wall Street Journal “Page after page is dazzling.”—James Patterson NEW YORK TIMES BESTSELLER Late summer, 1938. Hollywood film star Fredric Stahl is on his way to Paris to make a movie. The Nazis know he’s coming—a secret bureau within the Reich has been waging political warfare against France, and for their purposes, Fredric Stahl is a perfect agent of influence. What they don’t know is that Stahl, horrified by the Nazi war on Jews and intellectuals, has become part of an informal spy service run out of the American embassy. Mission to Paris is filled with heart-stopping tension, beautifully drawn scenes of romance, and extraordinarily alive characters: foreign assassins; a glamorous Russian actress-turned-spy; and the women in Stahl’s life. At the center of the novel is the city of Paris—its bistros, hotels grand and anonymous, and the Parisians, living every night as though it were their last. Alan Furst brings to life both a dark time in history and the passion of the human hearts that fought to survive it. Praise for Mission to Paris “The most talented espionage novelist of our generation.”—Vince Flynn “Vividly re-creates the excitement and growing gloom of the City of Light in 1938–39 . . . It doesn’t get more action-packed and grippingly atmospheric than this.”—The Boston Globe “One of [Furst’s] best . . . This is the romantic Paris to make a tourist weep. . . . In Furst’s densely populated books, hundreds of minor characters—clerks, chauffeurs, soldiers, whores—all whirl around his heroes in perfect focus for a page or two, then dot by dot, face by face, they vanish, leaving a heartbreaking sense of the vast Homeric epic that was World War II and the smallness of almost every life that was caught up in it.”—The New York Times Book Review “A book no reader will put down until the final page . . . Critics compare [Alan] Furst to Graham Greene and John le Carré [as] a master of historical espionage.”—Library Journal (starred review) “Alan Furst’s writing reminds me of a swim in perfect water on a perfect day, fluid and exquisite. One wants the feeling to go on forever, the book to never end. . . . Furst is one of the finest spy novelists working today.”—Publishers Weekly 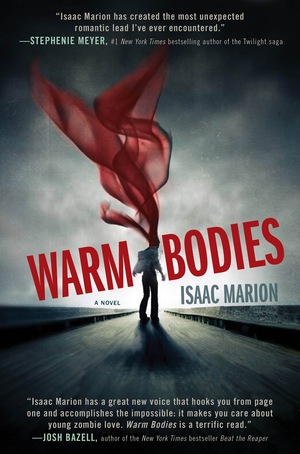