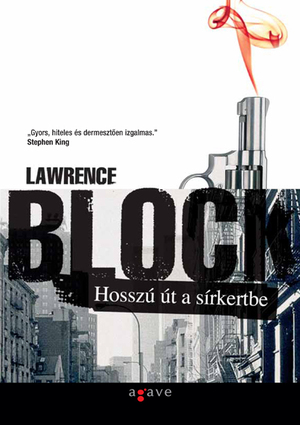 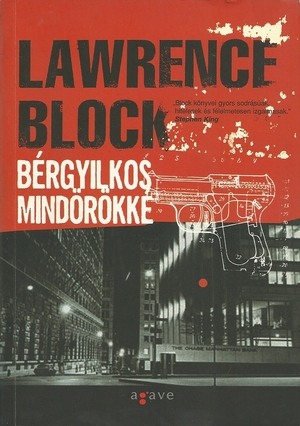 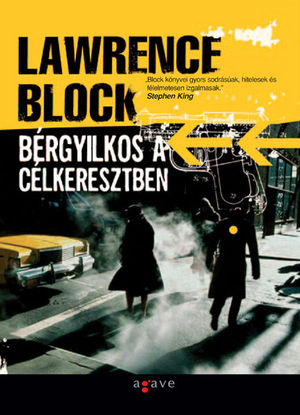 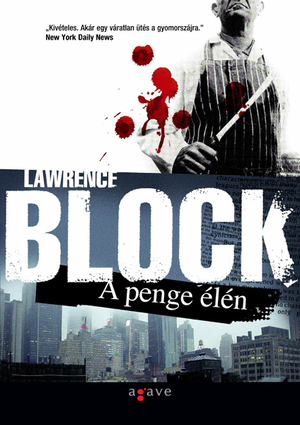 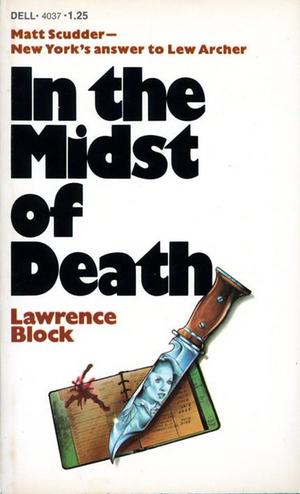 In ​the Midst of Death Lawrence Block
1

Lawrence Block - In ​the Midst of Death
Nobody ​ever called Jerry Broadfield a saint, but he was an (almost) honest cop. Then one day he took off his badge and ratted on nearly every crooked cop on the NYPD. He was a hero--until someone set him up. Now Matt Scudder is on the case and has no idea how dirty it will get. 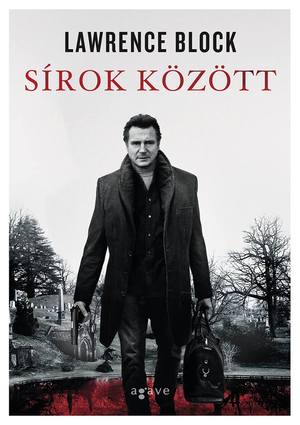 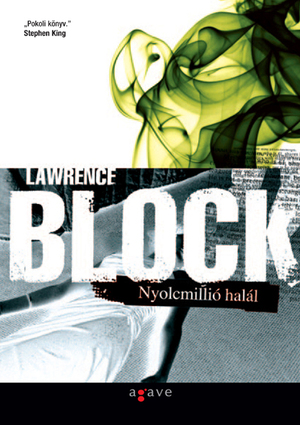 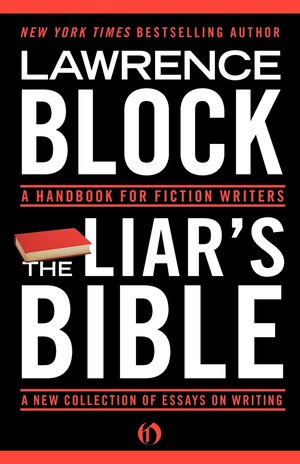 Lawrence Block - The ​Liar's Bible
Four-time ​Edgar Award–winning author Lawrence Block’s definitive essay collection on the art of writing fiction. For ten years, crime novelist Lawrence Block funneled his wealth of writing expertise into a monthly column for Writer’s Digest. Collected here for the first time are those pieces illuminating the tricks of the authorial trade, from creating vibrant characters and generating seamless plots, to conquering writer’s block and experimenting with self-publishing. Filled with wit and insight, The Liar’s Bible is a must-read for experts, amateurs, and anyone interested in learning to craft great fiction from one of the field’s modern masters. This ebook features an illustrated biography of Lawrence Block, including rare photos and never-before-seen documents from the author’s personal collection. Lawrence Block - The ​Devil Knows You're Dead
A ​deranged derelict, a crazed Vietnam vet, has been arrested for gunning down successful young lawyer Glenn Holtzmann at a corner phone booth on Eleventh Avenue -- and the suspect's brother wants p.i. Matthew Scudder to prove the madman innocent. But Scudder's curiosity and dedication are leading him to dark, unexplored places in his own heart...and to passions and secrets that could destroy everything be loves. The ​Burglar in the Closet Lawrence Block
3

Lawrence Block - The ​Burglar in the Closet
Hired ​by his dentist to steal back some valuable diamonds from his ex-wife, Bernie Rhodenbarr is nearly discovered and hides in the closet, only to become the witness to the woman's murder. 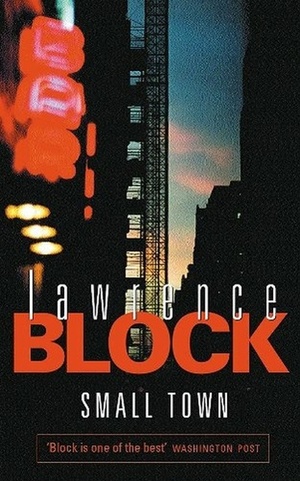 Lawrence Block - Small ​Town
A ​beautiful young woman called Marilyn picks up a stranger in a bar and takes him home to her Manhattan apartment. The next morning her housekeeper discovers Marilyn's body. Marilyn's life and death have far-reaching effects on others, even people she has never met: a charismatic former police commissioner on the verge of a breakdown; a struggling writer; a folk art dealer plumbing the depths of her own fierce sexuality; a lawyer who prefers murder trials because there's one witness fewer. And in a city reeling from 9/11, an unlikely mass murderer wages a one-man war against everyone. In this gripping, multi-faceted story, Block not only brings to life in brilliant detail the city of New York, but proves he is one of the most talented, innovative and surprising crime writers in the business. 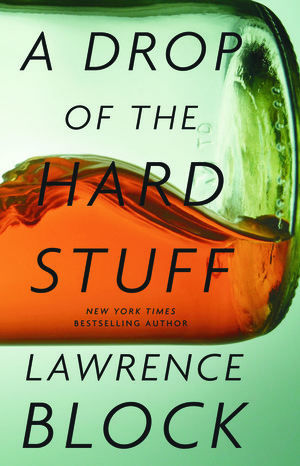 A ​Drop of the Hard Stuff Lawrence Block
1

Lawrence Block - A ​Drop of the Hard Stuff
"Right ​up there with Mr. Block's best....A DROP OF THE HARD STUFF keeps us guessing."--Tom Nolan, Wall Street Journal Facing his demons in his first year of sobriety, Matthew Scudder finds himself on the trail of a killer. When Scudder's childhood friend Jack Ellery is murdered, presumably while attempting to atone for past sins, Scudder reluctantly begins his own investigation, with just one lead: Ellery's Alcoholics Anonymous list of people he wronged. One of them may be a killer, but that's not necessarily Scudder's greatest danger. Immersing himself in Ellery's world may lead him right back to the bar stool. In a novel widely celebrated by critics and readers, Lawrence Block circle back to how it all began, reestablishing the Matthew Scudder series as one of the pinnacles of American detective fiction. 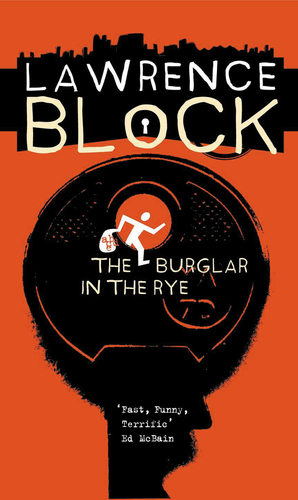 The ​Burglar in the Rye Lawrence Block
2

Lawrence Block - The ​Burglar in the Rye
Bernie ​Rhodenbarr attempts to retrieve the lost letters of famed reclusive author Gulliver Fairborn, but instead discovers a dead literary agent and a beautiful woman 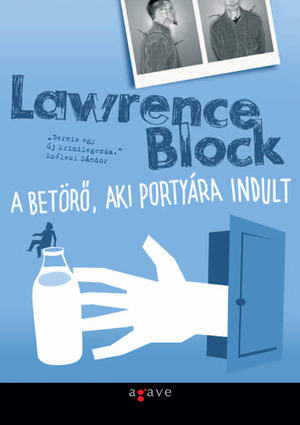 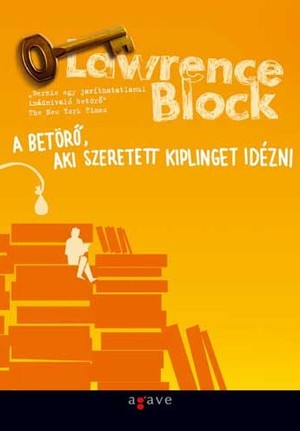 The ​Burglar Who Counted the Spoons Lawrence Block
4

Lawrence Block - The ​Burglar Who Counted the Spoons
Ever ​since The Burglar on the Prowl climbed the bestseller lists in 2004, fans have been clamoring for a new book featuring the lighthearted and lightfingered Bernie Rhodenbarr. Now everybody's favorite burglar returns in an eleventh adventure that finds him and his lesbian sidekick Carolyn Kaiser breaking into houses, apartments, and even a museum, in a madcap adventure replete with American Colonial silver, an F. Scott Fitzgerald manuscript, a priceless portrait, and a remarkable array of buttons. And, wouldn't you know it, there's a dead body, all stretched out on a Trent Barling carpet... 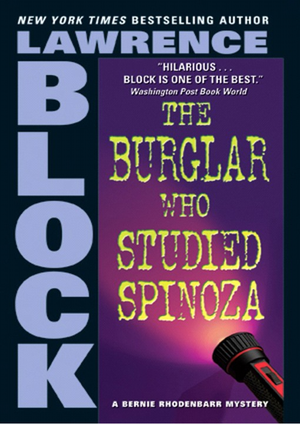 Lawrence Block - The ​Burglar Who Studied Spinoza
Bookselling ​burglar Bernie Rhodenbarr doesn't generally get philosophical about his criminal career. He's good at it, it's addictively exciting—and it pays a whole lot better than pushing old tomes. He steals therefore he is, period. He might well ponder, however, the deeper meaning of events at the luxurious Chelsea brownstone of Herb and Wanda Colcannon, which is apparently burgled three times on the night Bernie breaks in: once before his visit and once after. Fortunately he still manages to lift some fair jewelry and an extremely valuable coin. Unfortunately burglar or burglars number three leave Herb unconscious and Wanda dead . . . and the cops think Rhodenbarr dunnit. There's no time to get all existential about it—especially after the coin vanishes and the fence fencing it meets with a most severe end. But Bernie is going to have to do some deep thinking to find a way out of this homicidal conundrum. 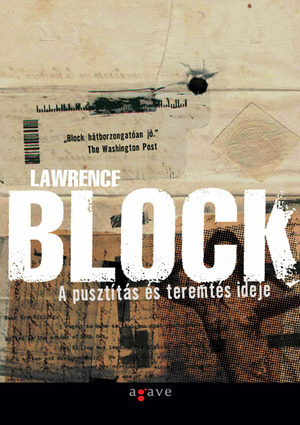 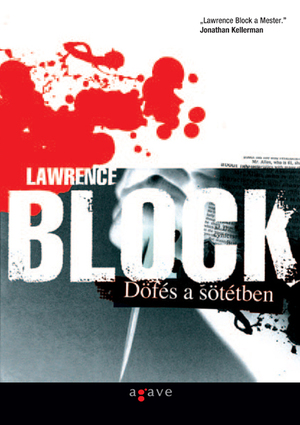 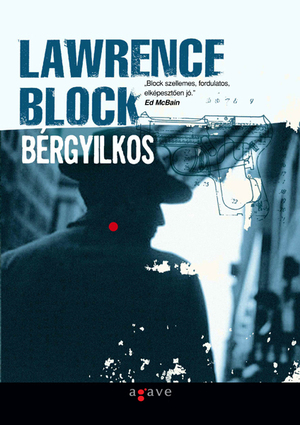 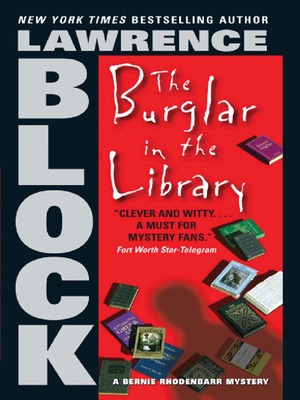 The ​Burglar in the Library Lawrence Block
3

Lawrence Block - The ​Burglar in the Library
Bookseller ​and New-Yorker-to-the-bone, Bernie Rhodenbarr rarely ventures out of Manhattan, but he's excited about the romantic getaway he has planned for himself and current lady love Lettice at the Cuttleford House, a remote upstate b&b. Unfortunately, Lettice has a prior engagement—she's getting married... and not to Bernie—so he decides to take best buddy Carolyn instead. A restful respite from the big city's bustle would be too good to waste. Besides, there's a very valuable first edition shelved in the Cuttleford's library that Bernie's just itching to get his hands on. Did we neglect to mention that Bernie's a burglar? But first he's got to get around a very dead body on the library floor. The plot's thickened by an isolating snowstorm, downed phone lines, the surprise arrival of Lettice and her reprehensible new hubby, and a steadily increasing corpse count. And it's Bernie who'll have to figure out whodunit... or die.

The ​Sins of the Fathers Lawrence Block
1

Lawrence Block - The ​Sins of the Fathers
The ​pretty young prostitute is dead. Her alleged murderer -- a minister's son -- hanged himself in his jail cell. The case is closed. But the dead girl's father has come to Matthew Scudder for answers, sending the unlicensed private investigator in search of terrible truths about a life that was lived and lost in a sordid world of perversion and pleasures. 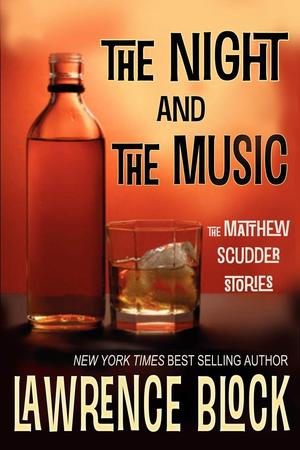 The ​Night and the Music Lawrence Block
1

Lawrence Block - The ​Night and the Music
Lawrence ​Block’s 17 Matthew Scudder novels have won the hearts of readers throughout the world—along with a bevy of awards including the Edgar, the Shamus, the Philip Marlowe (Germany), and the Maltese Falcon (Japan). And it’s Matt Scudder who’s been largely responsible for Block’s lifetime achievement awards: Grand Master (Mystery Writers of America), The Eye (Private Eye Writers of America), and the Cartier Diamond Dagger (UK Crime Writers Association). But Scudder has starred in short fiction as well, and it’s all here, from a pair of late-70s novelettes (Out the Window and A Candle for the Bag Lady) through By the Dawn’s Early Light (Edgar) and The Merciful Angel of Death (Shamus), all the way to One Last Night at Grogan’s, a moving and elegiac story never before published. It was short fiction that kept the series alive on the several occasions when the flow of novels was interrupted, and short stories that took Scudder down different paths and showed us unmapped portions of his world. Some of these stories appeared in such magazines as Alfred Hitchcock, Ellery Queen, and Playboy. The title vignette, The Night and the Music, was written for a NYC jazz festival program; another, Mick Ballou Looks at the Blank Screen, has appeared only as the text of a limited-edition broadside. And the final story, putting Matt and Elaine at a table with Mick and Kristin Ballou in a shuttered Hell’s Kitchen saloon, has its first appearance in this volume. Several stories look back from the time of their writing, with Scudder recounting events from his former life as a cop, first as a patrolman partnered with the legendary Vince Mahaffey, then as an NYPD detective leading a double life. In Looking for David, Matt and Elaine are on vacation in Florence, where they encounter a man Matt arrested decades earlier; now Matt finally learns the motive behind a brutal homicide. Along with the eleven stories and novelettes, The Night and The Music includes a list of the seventeen novels in chronological order, and an author’s note detailing the origin and bibliographical details of each of the stories. Brian Koppelman, the prominent screenwriter and director (Solitary Man, Ocean’s Thirteen, Rounders) and a major Matt Scudder fan, has sweetened the pot with an introduction.

Death ​of a Dreamer