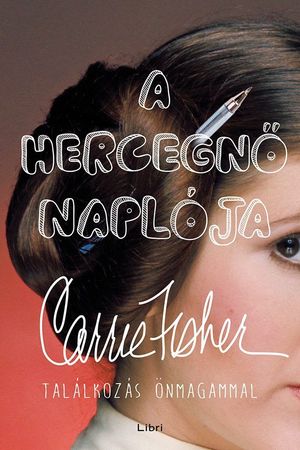 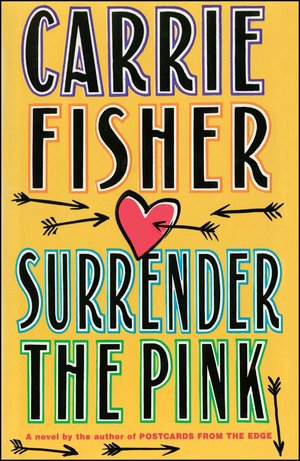 Carrie Fisher - Surrender ​the Pink
Dinah ​Kaufman writes scripts for a living, and it fits: her life is full of bad lines. Particularly with men. They are all losers. Worse, they turn her down. Imagine her feelings when she finds a real man, Rudy Gendler, polished and successful, who loves her and wants to get married. Alas, he is not what he seems and the marriage ends just short of disaster. Dinah pulls herself together and finds...that she still loves Rudy! How can she win him back? "A witty, astute, voyeuristic approach to the mating ritual that confounds us all." (West Coast Review of Books) 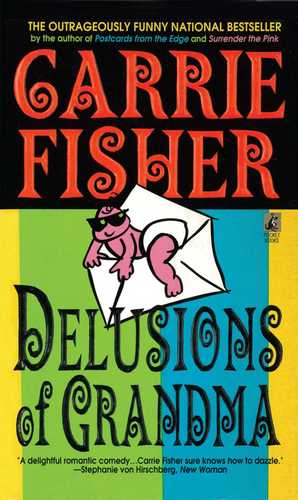 Carrie Fisher - Delusions ​of Grandma
Carrie ​Fisher's wittiest and wisest novel to date boldly goes where no man has gone before: motherhood. Now that she's conquered rehab and romance, Carrie Fisher has launched an expedition into the wilds of modern maternity, capturing its absurdity and ambivalence with singular deftness. Pregnant screenwriter Cora has taken to writing lengthy letters to her unborn child, and it’s small wonder why. For that age-old script 'family values' is looking like it needs a complete rewrite... 'Carrie Fisher peels off coruscating one-liners with a hit rate that Groucho Marx would have been proud of' The Independent Carrie Fisher has been a dictator in her teens, an actor in her twenties (The Star Wars trilogy, Hannah and Her Sisters etc), a screenwriter and novelist in her thirties (Postcards from the Edge, Surrender the Pink). She anxiously anticipates whatever ghoulish incarnations await her. In the meantime, she and her daughter, Billie, divide their time between Beverly Hills and Florence, Italy. 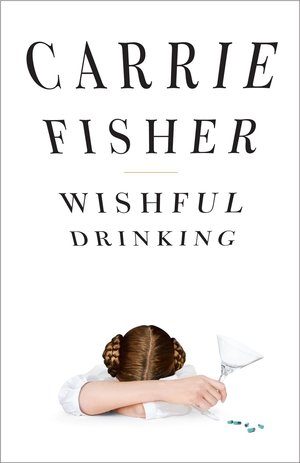 Carrie Fisher - Wishful ​Drinking
Finally, ​after four hit novels, Carrie Fisher comes clean (well, sort of ) with the crazy truth that is her life in her first-ever memoir. In Wishful Drinking, adapted from her one-woman stage show, Fisher reveals what it was really like to grow up a product of "Hollywood in-breeding," come of age on the set of a little movie called Star Wars, and become a cultural icon and bestselling action figure at the age of nineteen. Intimate, hilarious, and sobering, Wishful Drinking is Fisher, looking at her life as she best remembers it (what do you expect after electroshock therapy?). It's an incredible tale: the child of Hollywood royalty -- Debbie Reynolds and Eddie Fisher -- homewrecked by Elizabeth Taylor, marrying (then divorcing, then dating) Paul Simon, having her likeness merchandized on everything from Princess Leia shampoo to PEZ dispensers, learning the father of her daughter forgot to tell her he was gay, and ultimately waking up one morning and finding a friend dead beside her in bed. Wishful Drinking, the show, has been a runaway success. Entertainment Weekly declared it "drolly hysterical" and the Los Angeles Times called it a "Beverly Hills yard sale of juicy anecdotes." This is Carrie Fisher at her best -- revealing her worst. She tells her true and outrageous story of her bizarre reality with her inimitable wit, unabashed self-deprecation, and buoyant, infectious humor. About the Author Carrie Fisher, the daughter of Debbie Reynolds and Eddie Fisher, became an icon when she starred as Princess Leia in the original Star Wars trilogy. Her star-studded career includes roles in numerous films such as The Blues Brothers and When Harry Met Sally. She is the author of four bestselling novels, Surrender the Pink, Delusions of Grandma, The Best Awful and Postcards from the Edge, which was made into a hit film, starring Shirley MacLaine and Meryl Streep. Fisher's experience with addiction and mental illness--and her willingness to speak honestly about them--have made her a sought-after speaker and respected advocate. She is truly one of the most magical people who walks among us. 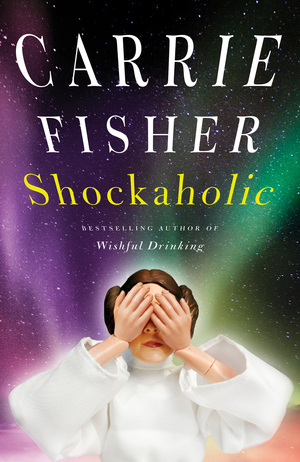 Carrie Fisher - Shockaholic
Infused ​with Carrie Fisher’s trademark incisive wit and on the heels of Wishful Drinking ’s instant New York Times bestselling success, Shockaholic takes readers on another rollicking ride into her crazy life. There is no shortage of people flocking to hear what Princess Leia has to say. Her previous hardcover, Wishful Drinking, was an instant New York Times bestseller and Carrie was featured everywhere on broadcast media and received rave reviews from coast to coast, including People (4 stars; one of their top 10 books of the year), Entertainment Weekly, New York Times, and scores of others. Told with the same intimate style, brutal honesty, and uproarious wisdom that placed Wishful Drinking on the New York Times bestseller list for months, Shockaholic is the juicy account of Carrie Fisher’s life, focusing more on the Star Wars years and dishing about the various Hollywood relationships she’s formed since she was chosen to play Princess Leia at only nineteen years old. Fisher delves into the gritty details that made the movie—and herself—such a phenomenal success, admitting, “It isn’t all sweetness and light sabers.” 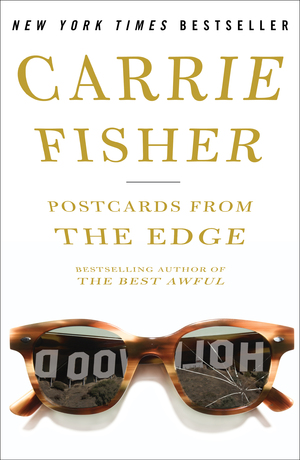 Postcards ​from the Edge Carrie Fisher
3

Carrie Fisher - Postcards ​from the Edge
Carrie ​Fisher’s first novel is set within the world she knows better than anyone else: Hollywood, the all-too-real fantasyland of drug users and deal makers. This stunning literary debut chronicles Suzanne Vale’s vivid, excruciatingly funny experiences—from the rehab clinic to life in the outside world. Sparked by Suzanne’s—and Carrie’s—deliciously wry sense of the absurd, Postcards from the Edge is a revealing look at the dangers and delights of all our addictions, from success and money to sex and insecurity. 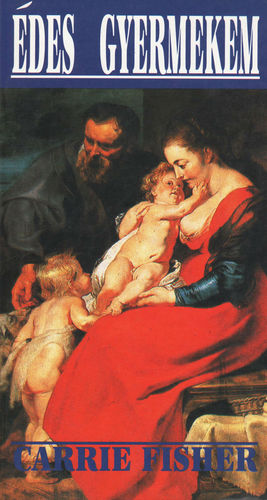 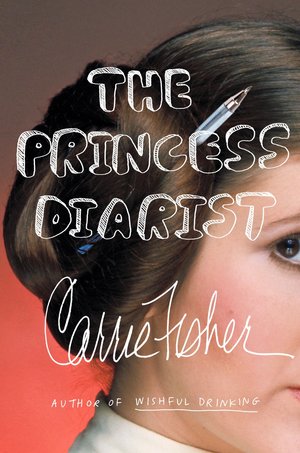 Carrie Fisher - The ​Princess Diarist
From ​Princess Leia herself: another brilliantly hilarious self-examination of her unlikely life and times. A thoroughly original and intimate memoir by the bestselling author of Postcards from the Edge and Wishful Drinking.