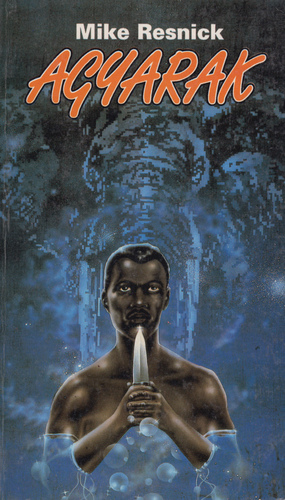 Mike Resnick - Redbeard
In ​a world ravaged by science, evolution fights back with the aberration known as Redbeard! Red Will Donahoe, born barbarian into a world stripped of civilization, was a misfit. All around him were the results of the final blowup that had doomed civilization, skulking in the ruins of the city. And Donahoe skulked, too, hiding from the struggling normal society on the other side of the great river. Hiding not from his own choice, but because he was bound by unseen ties to the man in shadows, Gareth Cole - Master of the Mutants. Cole watched his barbarian grow from childhood, grow into the fierceness of a manhood that could know no peace until it had tasted the rich taste of blood. And Cole, enigmatic ruler of half a world, wondered if he had made a mistake in allowing Redbeard to live. 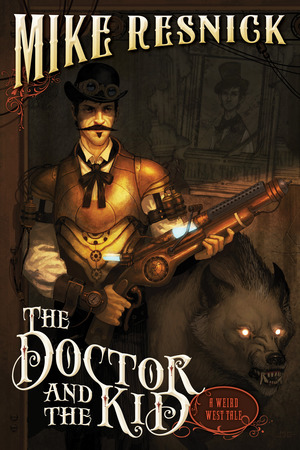 The ​Doctor and the Kid Mike Resnick
1

Mike Resnick - The ​Doctor and the Kid
Welcome ​to a West like you've never seen before! With the O. K. Corral and the battle with the thing that used to be Johnny Ringo behind him, the consumptive Doc Holliday makes his way to Deadwood, Colorado. But when a gambling loss drains his bankroll, Doc aims for quick cash as a bounty hunter. The biggest reward? Young, 20-year-old desperado known as Billy the Kid. With a steampunk twist on these classic characters, nothing can be as simple as it seems. 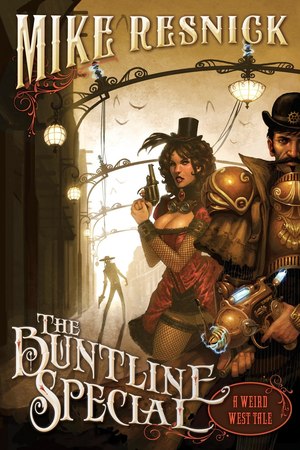 Mike Resnick - The ​Buntline Special
Welcome ​to a West like you've never seen before, where electric lights shine down on the streets of Tombstone, while horseless stagecoaches carry passengers to and fro, and where death is no obstacle to The Thing That Was Once Johnny Ringo. Think you know the story of the O.K. Corral? Think again, as five-time Hugo winner Mike Resnick takes on his first steampunk western tale, and the West will never be the same. 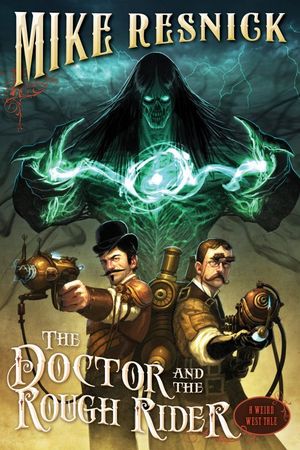 The ​Doctor and the Rough Rider Mike Resnick
1

Mike Resnick - The ​Doctor and the Rough Rider
It's ​August 19, 1884. The consumptive Doc Holliday is preparing to await his end in a sanitarium in Leadville, Colorado, when the medicine man Geronimo enlists him on a mission. The time the great chief has predicted has come, the one white man with whom he's willing to treat has crossed the Mississippi and is heading to Tombstone - a young man named Theodore Roosevelt. The various tribes know that Geronimo is willing to end the spell that has kept the United States from expanding west of the Mississippi. In response, they have created a huge, monstrous medicine man named War Bonnet, whose function is to kill Roosevelt and Geronimo and keep the United States east of the river forever. And War Bonnet has enlisted the master shootist John Wesley Hardin. So the battle lines are drawn: Roosevelt and Geronimo against the most powerful of the medicine men, a supernatural creature that seemingly nothing can harm; and Holliday against the man with more credited kills than any gunfighter in history. It does not promise to be a tranquil summer. 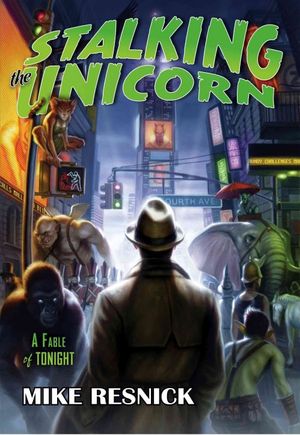 Mike Resnick - Stalking ​the Unicorn
It's ​8:35 pm on New Year's Eve, and Private Detective John Justin Mallory is hiding out in his Manhattan office to avoid his landlord's persistent inquiries about the unpaid rent. As he cheerlessly reflects on the passing of a lousy year, which saw his business partner run off with his wife, he assumes the bourbon is responsible for the appearance of a belligerent elf. This elf informs him that he needs the detective's help in searching for a unicorn that was stolen from his charge.When Mallory realises the little green fellow is not going to disappear with the passing of his inebriation, he listens to the elf's impassioned plea that the stolen magical beast must be returned to his care by daylight or his little green life will be forfeited by the elves' guild. Join detective Mallory on a New Year's night of wild adventure in a fantasy Manhattan of leprechauns, gnomes, and harpies as he matches wits with the all-powerful demon The Grundy in a race to find the missing unicorn before time runs out! 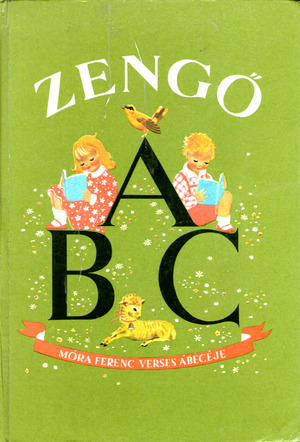