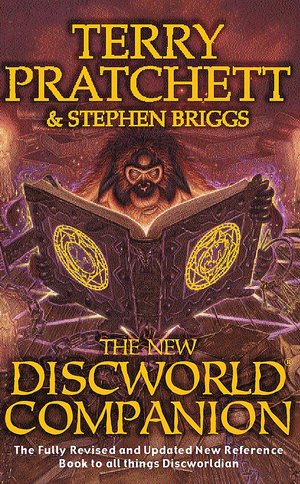 Terry Pratchett - Stephen Briggs - The ​New Discworld Companion
The ​Discworld started out as fantasy, but now it's all real. The seasoned Discworld traveller knows exactly how to get from Madam's Gardens to the Mended Drum (left up Easy Street, right onto Welcome Soap, fork left onto Filigree Street and the Drum is on the left, just opposite the Short Street turn). Travelling around a world so well-defined, but dangerous, without a guide, could be a very courageous choice. Since the last revision to _The Discworld® Companion_, new areas of the Disc have been explored, new characters discovered. We've trembled under the chandelier at the Ankh-Morpork Opera House, we've flown with vampyres over the mysterious country of Überwald, we've sliced through time with the History Monks and we've marvelled at Mr Wintler's humorously shaped vegetables. This new, revised edition of the best-selling guide to the world's most famous fictional world covers its flora and fauna, its outstanding personalities, its customs, its institutions. 'The Discworld is more complicated and satisfactory than Oz. It has an intelligent wit and truly original grim and comic grasp of the nature of things.' A. S. Byatt, winner of the Booker Prize 'An essential guide to Terry Pratchett's phenomenal Discworld books... a must for established fans and beginners alike' _Daily Express_ 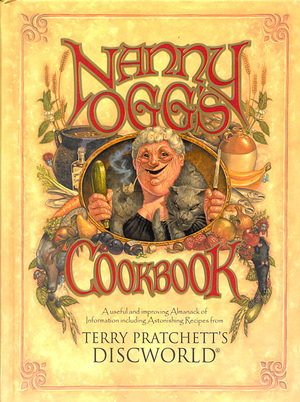 Terry Pratchett - Stephen Briggs - Tina Hannan - Nanny ​Ogg's Cookbook
'They ​say that the way to a man's heart is through his stomach, which just goes to show they're as confused about anatomy as they gen'rally are about everything else, unless they're talking about instructions on how to stab him, in which case a better way is up and under the ribcage. Anyway, we do not live in a perfect world and it is foresighted and useful for a young woman to become proficient in those arts which will keep a weak-willed man from straying. Learning to cook is also useful.' Nanny Ogg, one of Discworld's most famous witches, is passing on some of her huge collection of tasty and above all interesting recipes, since everyone else is doing it. But in addition to the delights of the Strawberry Wobbler and Nobby's Mum's Distressed Pudding, Mrs Ogg imparts her thoughts on life, death, etiquette ('If you go to other people's funerals they'll be sure to come to yours'), courtship, children and weddings, all in a refined style that should not offend the most delicate of sensibilities. Well, not much. Most of the recipes have been tried out on people who are still alive.

Terry Pratchett - Stephen Briggs - Guards! ​Guards!
Adapted ​for the stage by Stephen Briggs, in this book the city of Ankh-Morpork is under threat from a 60 foot fire-breathing dragon, summoned by a secret society of malcontented tradesmen. Defending the city is the underpaid and undervalued City Night Watch. 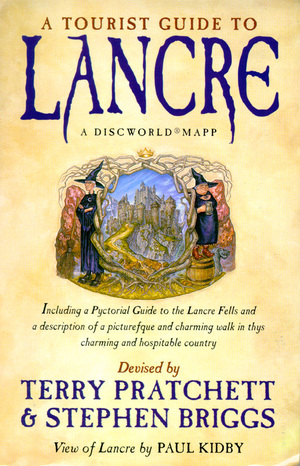 Terry Pratchett - Stephen Briggs - A ​Tourist Guide to Lancre
Not ​only an artistic and breathtaking view of Lancre but also an interesting and informative guide to one of the Discworld's more, er, picturesque kingdoms. Granny Weatherwax, Nanny Ogg and Magrat Garlick live there. Lancre could hardly be somwhere ordinary, could it? Magic glues the Discworld together and a lot of it ends up in Lancre, principal Kingdom of the Ramtop Mountains. Between Uberwald and Whale Bay, the Octarine Grass Country and the Windersins Ocean lies the most exciting and dangerous terrain in all Discworld. The Ramtops supply Discworld with most of its witches and wizards. The leaves on the trees move even when there is no breeze. Rocks go for a stroll in the evening. Even the land, at times, seems alive. The mapp may be only two-dimensional, but watch it very carefully and you might just see it jostle about a bit.

Terry Pratchett - Stephen Briggs - The ​Discworld Mapp
They ​said it couldn't be done. Well, it has been done, proving them wrong once again. After years of research, cunningly contrived in as many minutes, the Discworld has its map. It takes full account of the historic and much documented expeditions of the Discworld's feted (or at least fated) explorers: General Sir Roderick Purdeigh, Lars Larsnephew, Llamedos Jones, Lady Alice Venturi, Ponce da Quirm and, of course, Venter Borass. Now travellers on this circular world can see it all: from Klatch to the Ramtops, from Cori Celesti to the Circle Sea, from Genua to Bhangbhangduc. The great cities of Hunghung, Pseudopolis, Al Khali and, of course, Ankh-Morpork are placed with loving care upon this world which is carried through space by Great A'Tuin. 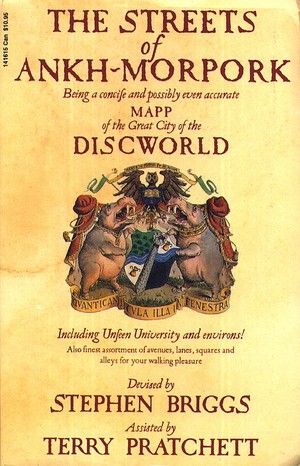 Stephen Briggs - Terry Pratchett - The ​Streets of Ankh-Morpork
'THERE'S ​A SAYING THAT ALL ROADS LEAD TO ANKH-MORPORK. AND IT'S WRONG. ALL ROADS LEAD AWAY FROM ANKH-MORPORK, BUT SOMETIMES PEOPLE JUST WALK ALONG THE WRONG WAY' _from Moving Pictures_ Ankh-Morpork! City of One Thousand Surprises (according to the famous publication by the Guild of Merchants)! All human life is there! Although, if it walks down the wrong alley, often quite briefly! The city celebrated in the bestselling Discworld series by Terry Pratchett has been meticulously mapped for the first time. It's all here - from _Unseen University_ to the _Shades_, from major landmarks like the _Patrician's Palace_ to little-known, er, nooks like _Dwarf Bread Museum_ in _Whirligig Alley_. See the famous streets along which so many heroes have walked, in some cases quite hurriedly! As leading Ankh-Morpork entrepreneur C.M.O.T. Dibbler would say, A nip at any price - and that's cutting our own throat. Well, close. 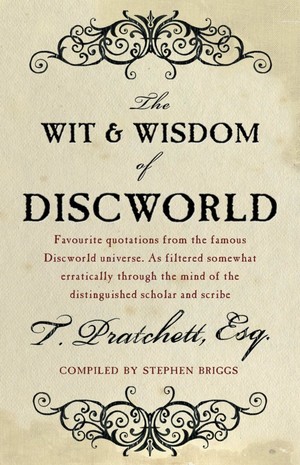 The ​Wit and Wisdom of Discworld Terry Pratchett - Stephen Briggs
14

Terry Pratchett - Stephen Briggs - The ​Wit and Wisdom of Discworld
For ​a quarter of a century, Terry Pratchett's Discworld - a flat world balanced on the backs of four elephants, which are standing on the back of a giant turtle, flying through space - has enchanted readers with its stories of a vast and diverse population, from ineffectual wizards to reformed thieves, and vampires who have foresworn the drinking of blood. It is a world that is vastly different from our own... except when is isn't. The Wit and Wisdom of Discworld is a collection of the wittiest, pithiest and wisest quotations from this mad, chaotic and seductive universe, complied by Stephen Briggs, a man who, they say, knows even more about Discworld than Terry Pratchett himself. Guaranteed to transport you back to your favourite or forgotten Discworld moments, it is the perfect book for die-hard Pratchett fans, with its comprehensive index an aid to finding specific quotations: as well as an ideal introduction for anyone coming to the Discworld for the first time. 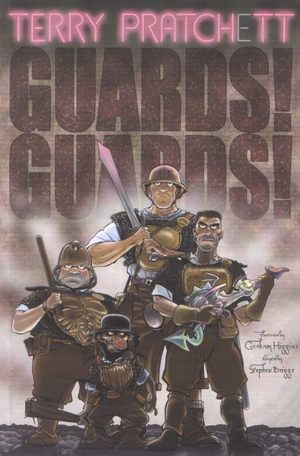 Terry Pratchett - Stephen Briggs - Graham Higgins - Guards! ​Guards!
Some ​night-time prowler is turning the (mostly) honest citizens of Ankh-Morpork into something resembling small charcoal biscuits. And that's a real problem for Captain Vimes, who must tramp the mean streets of the naked city looking for a seventy-foot-long fire-breathing dragon which, he believes, can help him with his enquiries. But there's more - now we get to see Ankh-Morpork in all its glory; illustrations so vibrant you can practically smell and taste the denizens of this delightful city (although with Corporal Nobbs, you might rather wish you didn't have to). All rendered in painstaking detail by Graham Higgins (who feels he now knows altogether far too much about the murky goings on inside Nobbs' head). 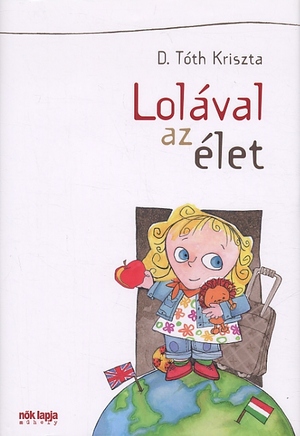