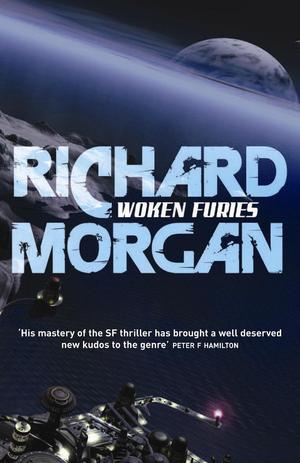 Richard Morgan - Woken ​Furies
In ​Morgan's powerful third cyberpunk noir SF novel to feature Takeshi Kovacs, whose consciousness is transferred from one ultra–combat-ready body to another in the service of various unscrupulous powers, the interstellar mercenary returns home to Harlan's World, thoroughly pissed and dangerous. Despite his justified cynicism, he finds himself trying to protect a young woman who may house the soul of a martyred revolutionary from centuries earlier. He also must fight a hired killer who's a younger version of himself. To succeed, he has to sift through his past to see which allies and memories he can trust. Morgan has become even more nervy since winning the Philip K. Dick Award for his confident first novel, Altered Carbon (2003). This book develops a baroque, appallingly complicated setting, full of opportunities for revelation and betrayal. Both violence and sex are troweled on thickly but appropriately; they have significant consequences for these people who are trying—in circumstances even more desperate than our own—to discover who they really are and who they might have a chance to become. 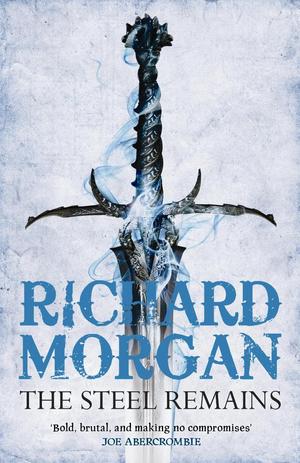 Richard Morgan - The ​Steel Remains
Ringil, ​the hero of the bloody slaughter at Gallows Gap is a legend to all who don't know him and a twisted degenerate to those that do. A veteren of the wars against the lizards he makes a living from telling credulous travellers of his exploits. Until one day he is pulled away from his life and into the depths of the Empire's slave trade. Where he will discover a secret infinitely more frightening than the trade in lives. Archeth - pragmatist, cynic and engineer, the last of her race - is called from her work at the whim of the most powerful man in the Empire and sent to its farthest reaches to investigate a demonic incursion against the Empire's borders. Egar Dragonbane, steppe-nomad, one-time fighter for the Empire finds himself entangled in a small-town battle between common sense and religious fervour. But out in the wider world there is something on the move far more alien than any of his tribe's petty gods. Anti-social, anti-heroic, and decidedly irritated, all three of them are about to be sent unwillingly forth into a vicious, vigorous and thoroughly unsuspecting fantasy world. Called upon by an Empire that owes them everything and gave them nothing. Richard Morgan brings his trademark visceral writing style, turbo-driven plotting and thought provoking characterisation to the fantasy genre and produces a landmark work with his first foray. 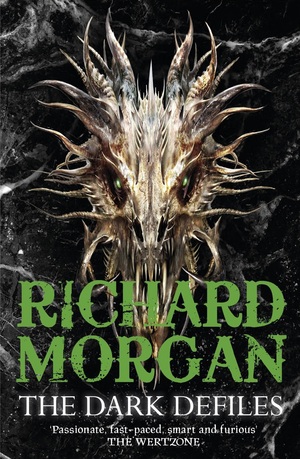 Richard Morgan - The ​Dark Defiles
Ringil ​Eskiath, a reluctant hero viewed as a corrupt degenerate by the very people who demand his help, has traveled far in search of the Illwrack Changeling, a deathless human sorcerer-warrior raised by the bloodthirsty Aldrain, former rulers of the world. Separated from his companions — Egar the Dragonbane and Archeth — Ringil risks his soul to master a deadly magic that alone can challenge the might of the Changeling. While Archeth and the Dragonbane embark on a trail of blood and tears that ends up exposing long-buried secrets, Ringil finds himself tested as never before, with his life and all existence hanging in the balance. 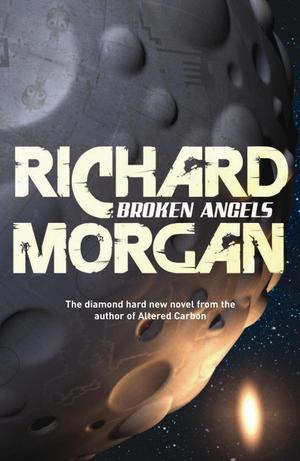 Richard Morgan - Broken ​Angels
Sleeved ​in a damaged Wedge-issue combat body, Takeshi Kovacs is serving as a mercenary in a brutal little Protectorate sponsored war to put down the rebellion on Sanction IV. Taking the chance to join a covert team trying to secure an archaeological prize, Takeshi is dropped into a maelstrom of treachery and betrayal that makes the front-line a happy memory. For this is a prize whose value is limitless and whose dangers are endless. It's a prize that the corporations will kill for. A prize that will take mankind to the brink. 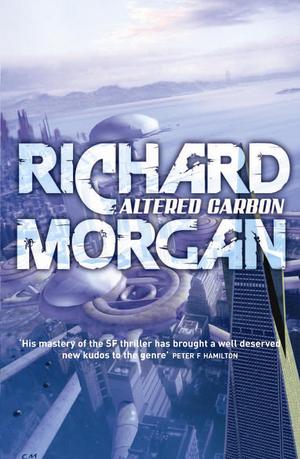 Richard Morgan - Altered ​Carbon
Mankind ​is strung out across interstellar space, and human consciousness is digitally freighted between the stars and downloaded into bodies, but some things never change, so when Takeshi is downloaded into the body of a ex-thug and presented with a catch-22 offer he shouldn't be surprised. 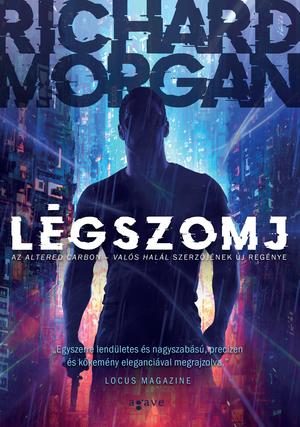 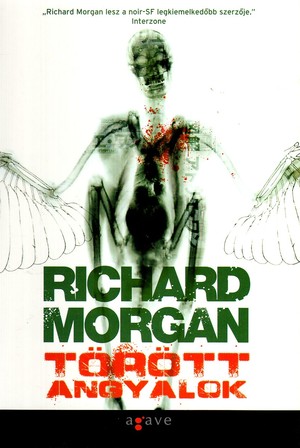 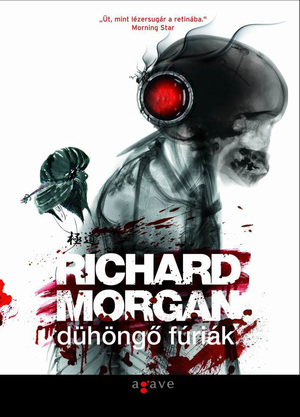 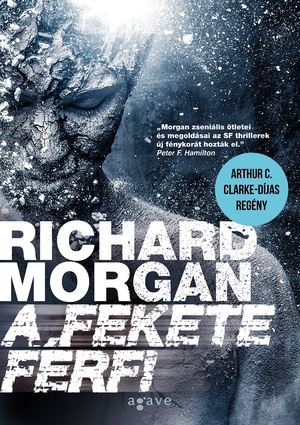 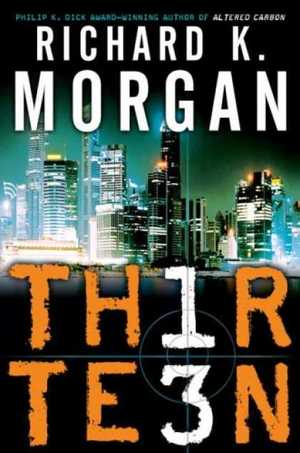 Richard Morgan - Thirteen
The ​future isn’t what it used to be since Richard K. Morgan arrived on the scene. He unleashed Takeshi Kovacs - private eye, soldier of fortune, and all-purpose antihero - into the body-swapping, hard-boiled, urban jungle of tomorrow in Altered Carbon, Broken Angels, and Woken Furies, winning the Philip K. Dick Award in the process. In Market Forces, he launched corporate gladiator Chris Faulkner into the brave new business of war-for-profit. Now, in Thirteen, Morgan radically reshapes and recharges science fiction yet again, with a new and unforgettable hero in Carl Marsalis: hybrid, hired gun, and a man without a country... or a planet. Marsalis is one of a new breed. Literally. Genetically engineered by the U.S. government to embody the naked aggression and primal survival skills that centuries of civilization have erased from humankind, Thirteens were intended to be the ultimate military fighting force. The project was scuttled, however, when a fearful public branded the supersoldiers dangerous mutants, dooming the Thirteens to forced exile on Earth’s distant, desolate Mars colony. But Marsalis found a way to slip back - and into a lucrative living as a bounty hunter and hit man before a police sting landed him in prison - a fate worse than Mars, and much more dangerous. Luckily, his “enhanced” life also seems to be a charmed one. A new chance at freedom beckons, courtesy of the government. All Marsalis has to do is use his superior skills to bring in another fugitive. But this one is no common criminal. He’s another Thirteen - one who’s already shanghaied a space shuttle, butchered its crew, and left a trail of bodies in his wake on a bloody cross-country spree. And like his pursuer, he was bred to fight to the death. Still, there’s no question Marsalis will take the job. Though it will draw him deep into violence, treachery, corruption, and painful confrontation with himself, anything is better than remaining a prisoner. The real question is: can he remain sane - and alive - long enough to succeed? 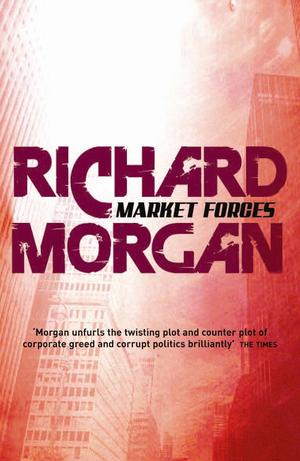 Richard Morgan - Market ​Forces
Chris ​Faulkner has just landed the job of his dreams. But Shorn Associates are market leaders in Conflict Investment. They expect results, they expect the best. Chris has one very high-profile kill to his name already but he will have to drive hard and go for kill after kill if he's to keep his bosses happy. All he has to do in the meantime is stay alive... Morgan's new futuristic thriller is perfect for any fan of the modern thriller. It combines the big ideas of Michael Crichton with a pounding narrative drive. 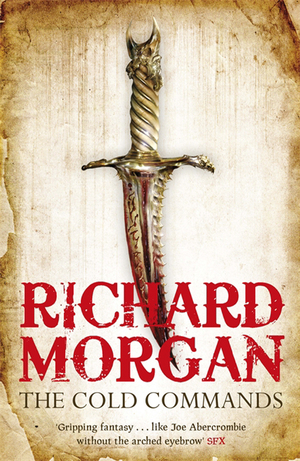 Richard Morgan - The ​Cold Commands
With ​The Steel Remains, award-winning science fiction writer Richard K. Morgan turned his talents to sword and sorcery. The result: a genre-busting masterwork hailed as a milestone in contemporary epic fantasy. Now Morgan continues the riveting saga of Ringil Eskiath - Gil, for short - a peerless warrior whose love for other men has made him an outcast and pariah. Only a select few have earned the right to call Gil friend. One is Egar, the Dragonbane, a fierce Majak fighter who comes to respect a heart as savage and loyal as his own. Another is Archeth, the last remaining daughter of an otherworldly race called the Kiriath, who once used their advanced technology to save the world from the dark magic of the Aldrain - only to depart for reasons as mysterious as their arrival. Yet even Egar and Archeth have learned to fear the doom that clings to their friend like a grim shadow... or the curse of a bitter god. Now one of the Kiriath’s uncanny machine intelligences has fallen from orbit - with a message that humanity faces a grave new danger (or, rather, an ancient one): a creature called the Illwrack Changeling, a boy raised to manhood in the ghostly between-world realm of the Grey Places, home to the Aldrain. A human raised as one of them - and, some say, the lover of one of their greatest warriors - until, in a time lost to legend, he was vanquished. Wrapped in sorcerous slumber, hidden away on an island that drifts between this world and the Grey Places, the Illwrack Changeling is stirring. And when he wakes, the Aldrain will rally to him and return in force - this time without the Kiriath to stop them. An expedition is outfitted for the long and arduous sea journey to find the lost island of the Illwrack Changeling. Aboard are Gil, Egar, and Archeth: each fleeing from ghosts of the past, each seeking redemption in whatever lies ahead. But redemption doesn’t come cheap these days. Nor, for that matter, does survival. Not even for Ringil Eskiath. Or anyone - god or mortal - who would seek to use him as a pawn. 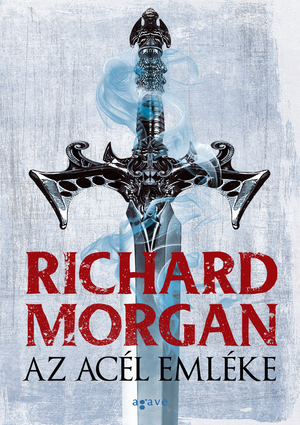 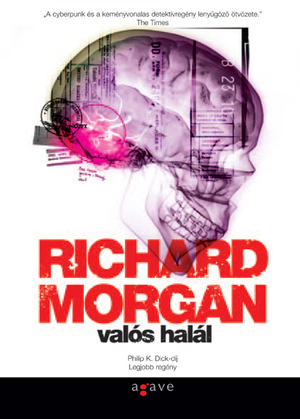 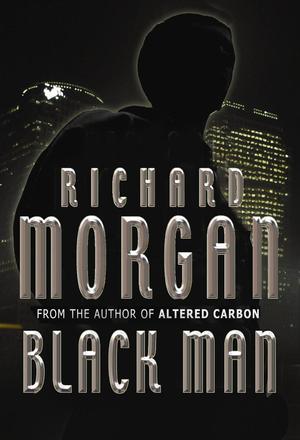 Richard Morgan - Black ​Man
Carl ​Marsalis is a traitor, a bringer of death, a genetic freak and an unwelcome reminder of all that is dark in the human psyche – he in every sense of the word a Black Man. And right at the moment he’s beyond the UN’s juristiction, banged up in a Florida jail for financing an illegal abortion. So when the US police call, Carl cuts a deal. The 13s are genetically engineered alpha males, designed to fight the century’s last conflicts. But men bred and designed to fight are dangerous to have aroundin peacetime. Many of them have left for Mars, but one has returned. Somehow he survived the journey to Earth, and now a series of brutal slayings has erupted across America. Only Carl can stop him. And so begins a frenetic man hunt and a battle for survival. And a search for the truth about what was really done with the world’s last soldiers. 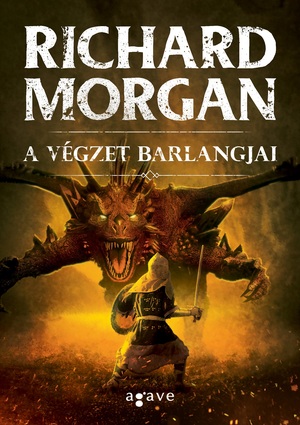 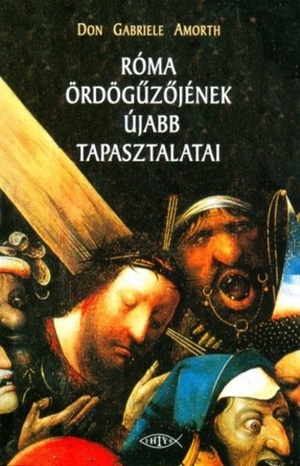