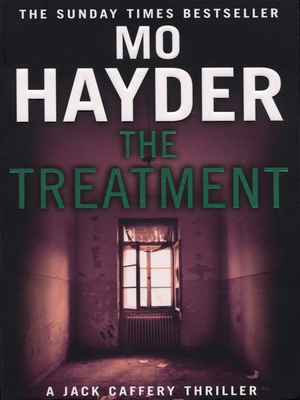 Mo Hayder - The ​Treatment
A ​quiet residential street in south London. A husband and wife are discovered, imprisoned in their own home. Badly dehydrated, they've been bound and beaten. He is close to death. But worse is to come: their young son is missing. When Detective Inspector Jack Caffery is called in to investigate, the similarities with events in his own past make it impossible for him to view this new crime dispassionately. And as he digs deeper - as he attempts to hold his own life together in the face of ever more disturbing revelations about both his past and his present - the real nightmare begins... 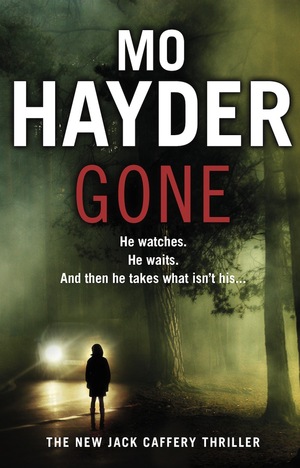 Mo Hayder - Gone
November ​in the West Country. Evening is closing in as murder detective Jack Caffery arrives to interview the victim of a car-jacking. He's dealt with routine car-thefts before, but this one is different. This car was taken by force. And on the back seat was a passenger. An eleven-year-old girl. Who is still missing. Before long the jacker starts to communicate with the police: 'It's started,' he tells them. 'And it ain't going to stop just sudden, is it?' And Caffery knows that he's going to do it again. Soon the jacker will choose another car with another child on the back seat. Caffery's a good and instinctive cop; the best in the business, some say. But this time he knows something's badly wrong. Because the jacker seems to be ahead of the police - every step of the way... 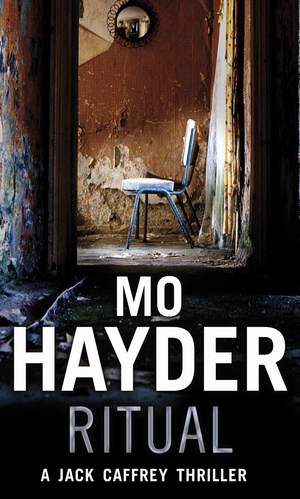 Mo Hayder - Ritual
Just ​after lunch on a Tuesday in April, nine feet under water, police diver Flea Marley closes her gloved fingers around a human hand. The fact that there's no body attached is disturbing enough. Yet more disturbing is the discovery, a day later, of the matching hand. Both have been recently amputated, and the indications are that the victim was still alive when they were removed. DI Jack Caffery has been newly seconded to the Major Crime Investigation Unit in Bristol. He and Flea soon establish that the hands belong to a boy who has recently disappeared. Their search for him - and for his abductor - lead them into the darkest recesses of Bristol's underworld, where drug addiction is rife, where street-kids sell themselves for a hit, and where an ancient evil lurks; an evil that feeds off the blood - and flesh - of others ... 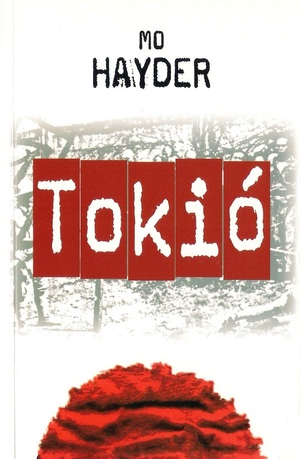 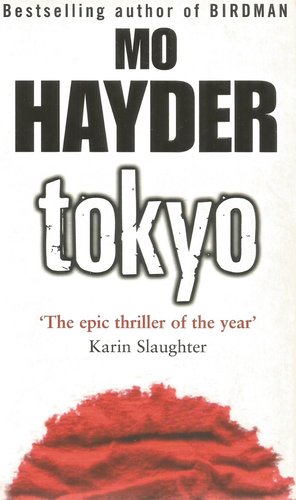 Mo Hayder - Tokyo
Student ​Grey Hutchins has come to Tokyo because of an obsession. Vulnerable and on the edge, she is searching for a fragment of film supposedly taken during the notorious Nanking Massacre in 1937 when the Japanese murdered 300,000 civilians. Some say the film doesn't exist. The only man who can help is a survivor of the massacre. Immersed in his books and wary of strangers, this man will at first have nothing to do with Grey. Increasingly desperate, she accepts a hostess job at an exclusive nightspot catering for businessmen and gangsters, and it is here she comes to the attention of one particular man. Ancient, wheel-chair bound and guarded by a terrifying nurse, it is rumoured he relies on a strange elixir for his continued well-being - an elixir others want, at any price... With its heady atmosphere of overt violence, lurking fear and sexual tension, _Tokyo_ grabs the reader and refuses to let go until its shattering final pages. 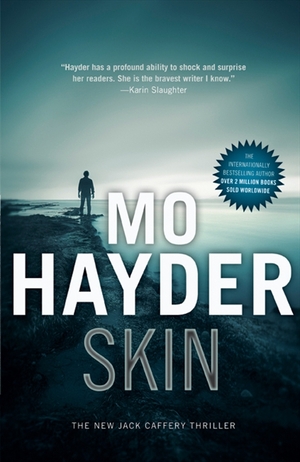 Mo Hayder - Skin
When ​the decomposed body of a young woman is found by near railway tracks just outside Bristol one hot May morning, all indications are that she's committed suicide. That's how the police want it too; all neatly squared and tidied away. But DI Jack Caffery is not so sure. He is on the trail of someone predatory, someone who hides in the shadows and can slip into houses unseen. And for the first time in a very long time, he feels scared. Police Diver Flea Marley is working alongside Caffery. Having come to terms with the loss of her parents, and with the traumas of her past safely behind her, she's beginning to wonder whether their relationship could go beyond the professional. And then she finds something that changes everything. Not only is it far too close to home for comfort - but it's so horrifying that she knows that nothing will ever be the same again. And that this time, no one - not even Caffery - can help her ... 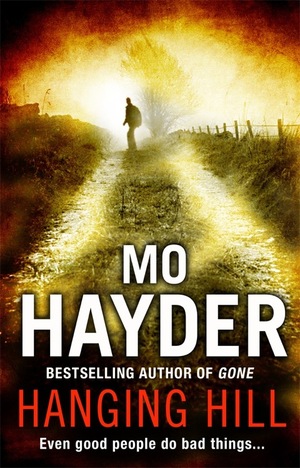 Mo Hayder - Hanging ​Hill
What ​if you found yourself divorced and penniless? With no skills and a teenage daughter to support? What if the only way to survive was to do things you never thought possible, to go places you never knew existed... These are questions Sally has never really thought about before. Married to a successful businessman, she's always been a bit of a dreamer. Until now. Her sister Zoe is her polar opposite. A detective inspector working out of Bath Central, she loves her job, and oozes self-confidence. No one would guess that she hides a crippling secret that dates back twenty years, and which - if exposed - may destroy her. Then Sally's daughter gets into difficulties, and Sally finds she needs cash - lots of it - fast. With no one to help her, she is forced into a criminal world of extreme pornography and illegal drugs; a world in which teenage girls can go missing. Two sisters intent on survival. Until one does something so terrifying that there's no way back ... 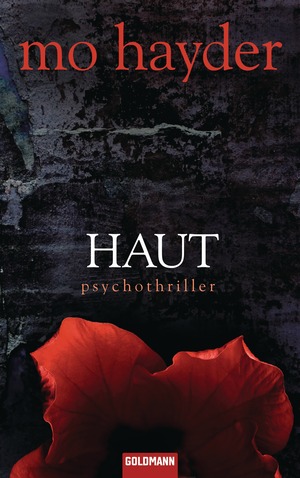 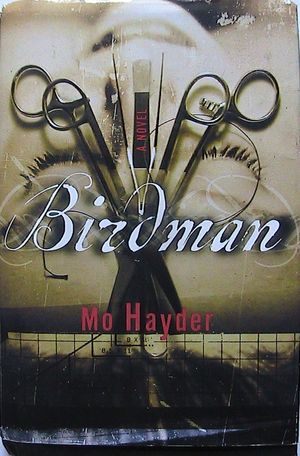 Mo Hayder - Birdman
Greenwich, ​south-east London Detective Inspector Jack Caffery - young, driven, unshockable - is called to one of the most gruesome crime scenes he has ever seen. Five young women have been ritualistically murdered and dumped on the wasteland near the Dome. Subsequent post-mortems reveal a singular, horrific signature linking the victims. Soon Caffery realizes that he is on the trail of that most dangerous offender: a serial killer. Beset by animosity within the police force, haunted by the memory of a very personal death long ago, Caffery employs every weapon forensic science can offer to hunt him down. Because he knows that it is only a matter of time before this sadistic killer strikes again... 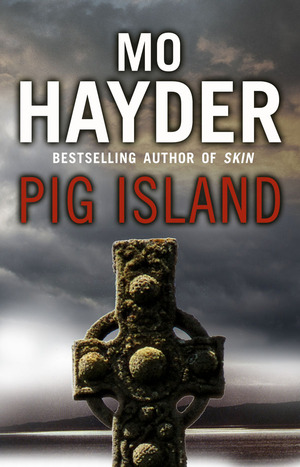 Mo Hayder - Pig ​Island
Journalist ​Joe Oakes makes a living exposing supernatural hoaxes. A born sceptic, he believes everything has a rational explanation. But when he visits a secretive religious community on a remote Scottish island, everything he thought he knew is overturned. Questions mount: why has the community been accused of Satanism? What has happened to their leader, Pastor Malachi Dove? And perhaps most important, why will no one discuss the strange apparition seen wandering the lonely beaches of Pig Island? Their confrontation, and its violent and bloody aftermath, is so catastrophic that it forces Oaksey to question the nature of evil, and whether he might not be responsible for the terrible crime about to unfold. In her compulsive and haunting new novel, Mo Hayder dares her readers to face their fears head on and to look at what lurks beneath the surface of everyday normality. 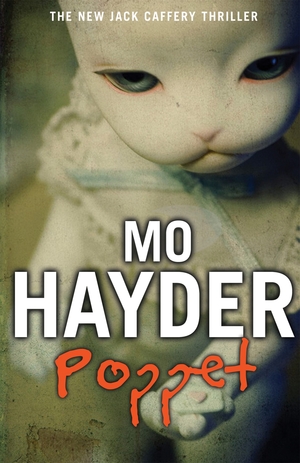 Mo Hayder - Poppet
The ​Maude is outside. It wants to come in. It wants to sit on your chest. The mentally ill patients in Amberly Secure Unit are highly suggestible. A hallucination can spread like a virus. When unexplained power cuts lead to a series of horrifying incidents, fear spreads from the inmates to the staff. Amidst the growing hysteria, AJ, a senior psychiatric nurse, is desperate to protect his charges. Detective Inspector Jack Caffery is looking for the corpse of a missing woman. He knows all too well how it feels to fail to find a loved one’s body. When AJ seeks Caffery’s help in investigating the trouble at Amberley, each man must face a bitter truth in his own life. Before staring pure evil in the eye. 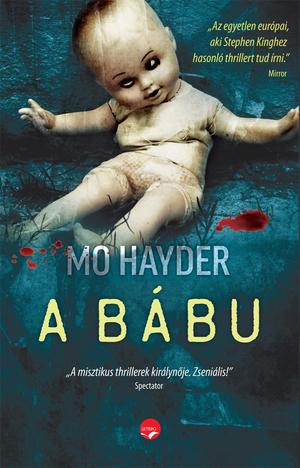 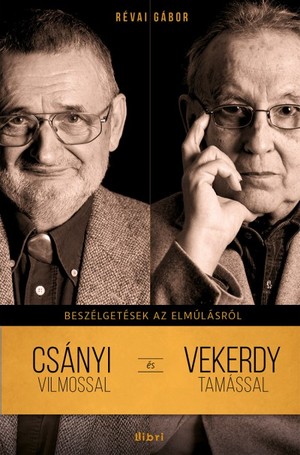