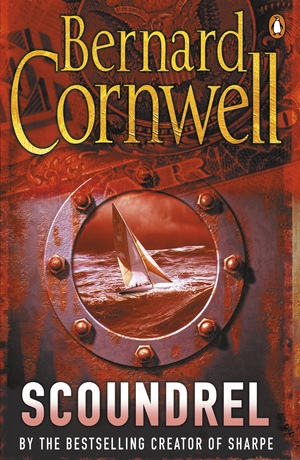 Bernard Cornwell - Scoundrel
Bostonian ​Paul Shanahan is many things: part-time marine surveyor, smuggler, gunrunner, suspected CIA agent . . . and a full-time scoundrel with ties to nothing and no one except an ex-lover who died years before in a hail of bullets. Now he's agreed to transport $5 million in gold across the ocean by sailboat, money earmarked by the Irish Republican Army for the purchase of fifty-three Stinger missiles. Shanahan's instincts are telling him there's more to this deal below the surface and that he's not meant to survive after delivery. But if he can elude British Intelligence, several terrorist organizations, and their most efficient killers -- and with only his life left to lose -- $5 million might just be enough to get a desperate rogue out of the game for good. 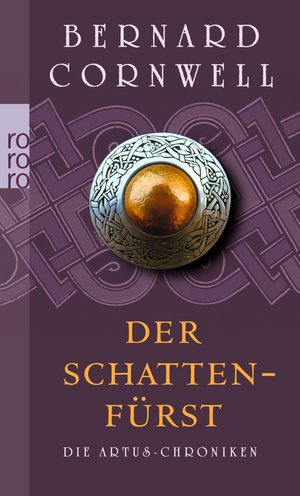 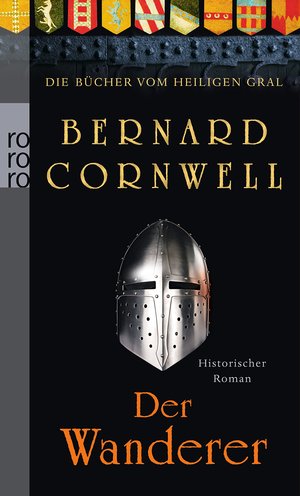 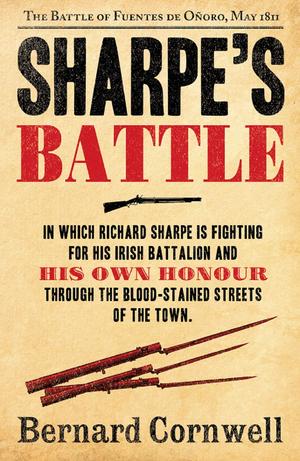 Bernard Cornwell - Sharpe's ​Battle
Richard ​Sharpe Soldier, hero, rogue—the man you always want on your side. Born in poverty, he joined the army to escape jail and climbed the ranks by sheer brutal courage. He knows no other family than the regiment of the 95th Rifles, whose green jacket he proudly wears. 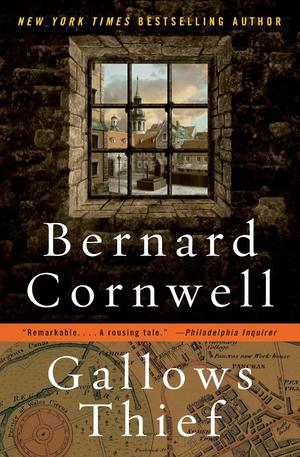 Bernard Cornwell - Gallows ​Thief
In ​the cobbled streets outside Newgate Prison, the common and desperate of London gather regularly to enjoy the spectacle of human necks broken at the end of a hangman's rope. For Rider Sandman, newly returned from the Napoleonic Wars, it is not grim entertainment that draws him here, but a mission to prove the guilt or innocence of a condemned prisoner -- a duty that leads Sandman from the hellish bowels of Newgate to the scented drawing rooms of the ruthless and powerful, and into the darkest shadows of the filthy, bustling city, in search of the truth. 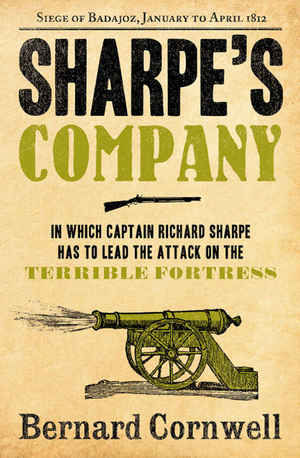 Bernard Cornwell - Sharpe's ​Company
To ​stem the Napoleonic tide, Sharpe must capture a fortress—where his wife and infant daughter are trapped—while protecting himself from a fellow officer determined to destroy him. 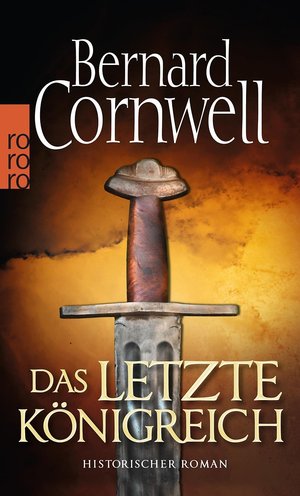 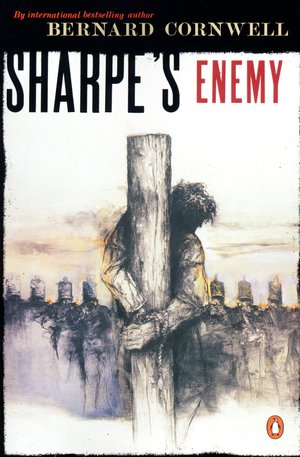 Bernard Cornwell - Sharpe's ​Enemy
A ​band of renegades led by Sharpe's vicious enemy, Obadiah Hakeswill, holds a group of British and French women hostage on a strategic mountain pass. Outnumbered and attacked from two sides, Sharpe must hold his ground or die in the attempt. 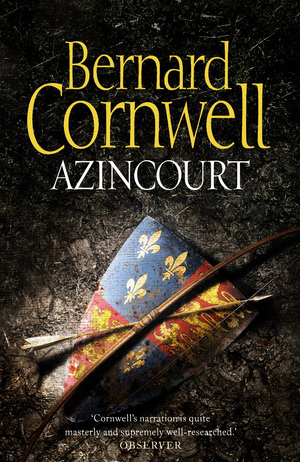 Bernard Cornwell - Azincourt
An ​extraordinary and dramatic depiction of the legendary battle of Agincourt from the number one historical novelist Azincourt, fought on October 25th 1415, St Crispin's Day, is one of England's best-known battles, in part through the brilliant depiction of it in Shakespeare's Henry V, in part because it was a brilliant and unexpected English victory and in part because it was the first battle won by the use of the longbow - a weapon developed by the English which enabled them to dominate the European battlefields for the rest of the century. Bernard Cornwell's Azincourt is a vivid, breathtaking and meticulously well-researched account of this momentous battle and its aftermath. From the varying viewpoints of nobles, peasants, archers, and horsemen, Azincourt skilfully brings to life the hours of relentless fighting, the desperation of an army crippled by disease and the exceptional bravery of the English soldiers.2590 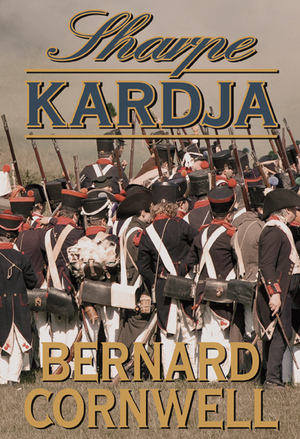 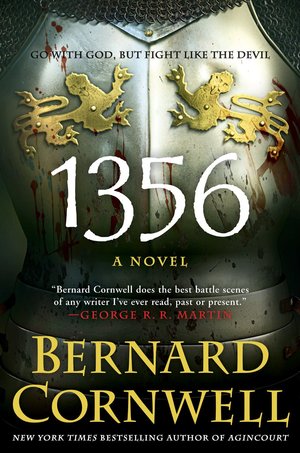 Bernard Cornwell - 1356 ​(angol)
Bernard ​Cornwell, the "master of martial fiction" (Booklist), brings Thomas of Hookton from the popular Grail Quest series into a new adventure in 1356, a thrilling stand-alone novel. On September 19, 1356, a heavily outnumbered English army faced off against the French in the historic Battle of Poitiers. In 1356, Cornwell resurrects this dramatic and bloody struggle—one that would turn out to be the most decisive and improbable victory of the Hundred Years’ War, a clash where the underdog English not only the captured the strategic site of Poitiers, but the French King John II as well. In the vein of Cornwell’s bestselling Agincourt, 1356 is an action-packed story of danger and conquest, rich with military strategy and remarkable characters—both villainous and heroic—transporting readers to the front lines of war while painting a vivid picture of courage, treachery, and combat. Bernard Cornwell - Sharpe's ​Fortress
Promoted ​for his gallantry in the war against India's rebellious Mahratta confederacy, Richard Sharpe is uncomfortable with his newfound authority --- and embroiled in his own private campaign. The unmistakable scent of treason is leading him to Gawilghur, a impenetrable fortress in the sky and the last refuge of desperate enemies of all dark stripes. And as the army of Sir Arthur Wellesley, the future Duke of Wellington, prepares to lay siege to the stronghold high above the Deccan Plain. Sharpe will risk his honor, reputation, and fortune on a battle that will test him as never before. The ​Lords of the North Bernard Cornwell
1

Bernard Cornwell - The ​Lords of the North
The ​Lords of the North begins soon after the events described in The Pale Horseman. Uhtred, having helped Alfred secure Wessex as an independent Saxon kingdom, returns north in an attempt to find his stepsister. Instead he discovers chaos, civil war and treachery in Northumbria. He takes the side of Guthred, once a slave and now a man who would be king, and in return expects Guthred's help in capturing Dunholm, the lair of the dark Viking lord, Kjartan. There is betrayal, romance and war, and all of it, as usual, based on real events. 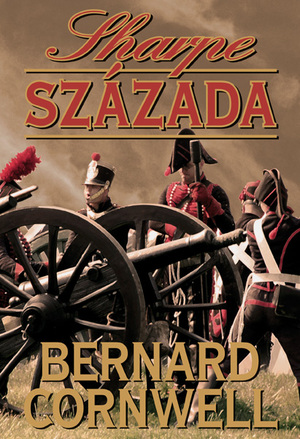 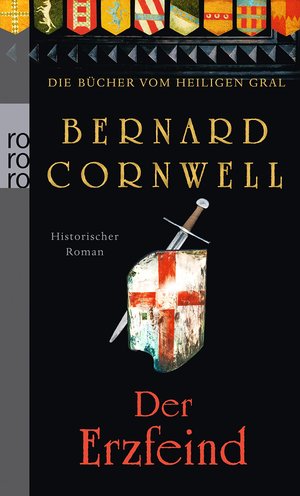 Bernard Cornwell - Sharpe's ​Prey
The ​year is 1807, and Richard Sharpe is back in England, where his career seems to have come to a dead end, despite his heroics in Britain's recent victory at Trafalgar. Loveless, destitute, and relegated to the menial tasks of quartermaster, Sharpe roams the streets of London, pondering a bleak future away from the army. Then, out of the blue, an old friend invites him to undertake a secret mission—the delivery of a bribe—to the Danish capital, Copenhagen. Denmark is officially neutral, but Napoleon is threatening an invasion in order to capture the powerful Danish fleet, which would replace the ships France lost in its disastrous defeat at Trafalgar. The British, fearing such enhancement of French power, threaten their own preemptive invasion, and Sharpe, whose errand seemed so simple, is trapped in a web of treachery that will end only when the city, which thought itself safe, is subjected to a brutal and merciless bombardment. 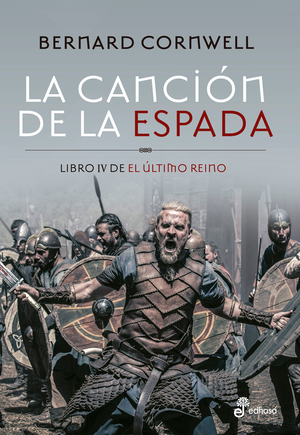 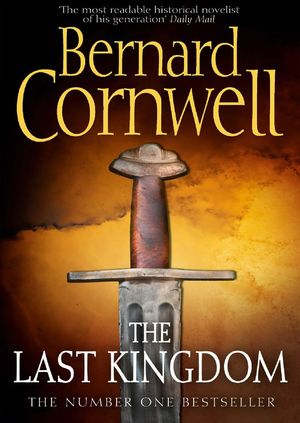 Bernard Cornwell - The ​Last Kingdom
'I ​had been given a perfect childhood, perfect, at least, to the ideas of a boy. I was raised among men, I was free, I ran wild, was encumbered by no laws, was troubled by no priests and was encouraged to violence.' Uhtred is an English boy, born into the aristocracy of 9th Century Northumbria, but orphaned at ten, adopted by a Dane and taught the Viking ways. Yet Uhtred's fate is indissolubly bound up with Alfred, King of Wessex, who rules over the last English kingdom when the Danes have overrun Northumbria, Mercia and East Anglia. That war, with its massacres, defeats and betrayals, is the background to Uhtred's childhood, a childhood which leaves him uncertain of his loyalties, but a slaughter in a winter dawn propels him to the English side and he will become a man just as the Danes launch their fiercest attack yet on Alfred's kingdom. Marriage ties him further to the West Saxon cause, but when his wife and child vanish in the chaos of a Danish invasion, Uhtred is driven to face the greatest of the Viking chieftains in a battle beside the sea, and there, in the horror of a shield-wall, he discovers his true allegiance. Bernard Cornwell - Vagabond
In ​the eagerly anticipated sequel to The Archer's Tale in Bernard Cornwell's acclaimed Grail Quest series, a young archer sets out to avenge his family's honor on the battlefields of the Hundred Years' War and winds up on a quest for the Holy Grail. 1347 is a year of war and unrest. England's army is fighting in France, and the Scots are invading from the North. Thomas of Hookton, sent back to England to follow an ancient trail to the Holy Grail, becomes embroiled in the fighting at Durham. Here he meets a new and sinister enemy, a Dominican Inquisitor, who, like all of Europe, is searching for Christendom's most holy relic. It is not certain the grail even exists, but no one wants to let it fall into someone else's hands. And though Thomas may have an advantage in the search -- an old notebook left to him by his father seems to offer clues to the whereabouts of the relic -- his rivals, inspired by a fanatical religious fervor, have their own ways: the torture chamber of the Inquisition. Barely alive, Thomas is able to escape their clutches, but fate will not let him rest. He is thrust into one of the bloodiest fights of the Hundred Years' War, the Battle of La Roche-Derrien, and amid the flames, arrows, and butchery of that night, he faces his enemies once again. 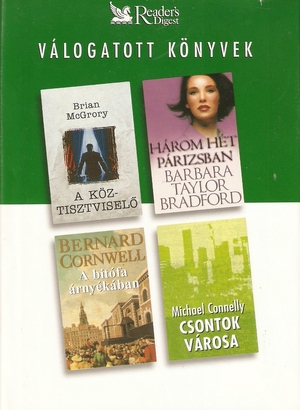 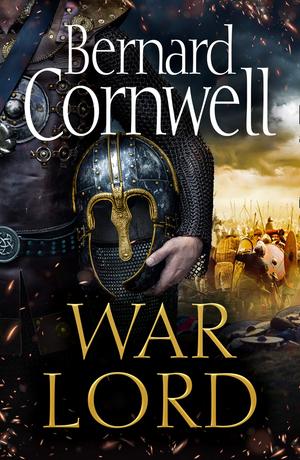 Bernard Cornwell - War ​Lord
After ​years fighting to reclaim his rightful home, Uhtred of Bebbanburg has returned to Northumbria. With his loyal band of warriors and a new woman by his side, his household is secure – yet Uhtred is far from safe. Beyond the walls of his impregnable fortress, a battle for power rages. To the south, King Æthelstan has unified the three kingdoms of Wessex, Mercia and East Anglia – and now eyes a bigger prize. To the north, King Constantine and other Scottish and Irish leaders seek to extend their borders and expand their dominion. Caught in the eye of the storm is Uhtred. Threatened and bribed by all sides, he faces an impossible choice: stay out of the struggle, risking his freedom, or throw himself into the cauldron of war and the most terrible battle Britain has ever experienced. Only fate can decide the outcome. The epic story of how England was made concludes in _War Lord,_ the magnificent finale to the Last Kingdom series. 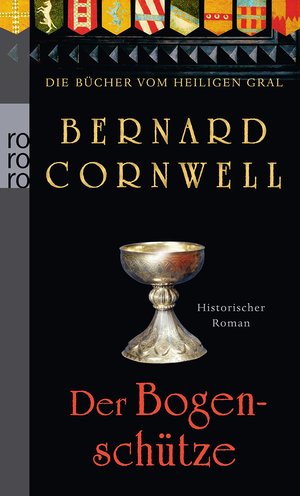