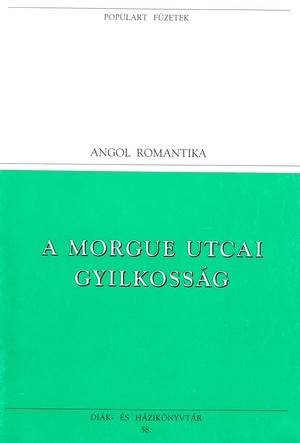 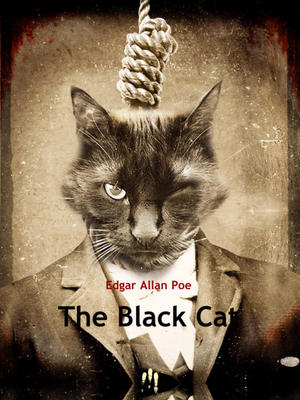 Edgar Allan Poe - Black Cat
Four short stories of murder and mystery. Edgar Allan Poe wrote about terrible people who lead strange lives. If you have a black cat yourself, watch out! Edgar Allan Poe (1809 - 1849) - the master of the macabre - is one of the best-known writers of horror stories in the English language.

The ​Facts in the Case of M. Valdemar Edgar Allan Poe
0

Edgar Allan Poe - The ​Facts in the Case of M. Valdemar
The ​narrator presents the facts of the extraordinary case of Valdemar which have incited public discussion. He is interested in Mesmerism, a pseudoscience involving bringing a patient into a hypnagogic state by the influence of magnetism, a process which later developed into hypnotism. He points out that, as far as he knows, no one has ever been mesmerized at the point of death, and he is curious to see what effects mesmerism would have on a dying person. He considers experimenting on his friend Ernest Valdemar, an author whom he had previously mesmerized, and who has recently been diagnosed with phthisis (tuberculosis). Valdemar consents to the experiment and informs the narrator by letter that he will probably die in twenty-four hours. Valdemar's two physicians inform the narrator of their patient's poor condition. After confirming again that Valdemar is willing to be part of the experiment, the narrator comes back the next night with two nurses and a medical student as witnesses. Again, Valdemar insists he is willing to take part and asks the narrator to hurry, for fear he has "deferred it for too long". Valdemar is quickly mesmerized, just as the two physicians return and serve as additional witnesses. In a trance, he reports first that he is dying - then that he is dead. The narrator leaves him in a mesmeric state for seven months, checking on him daily. During this time Valdemar is without pulse, heartbeat or perceptible breathing, his skin cold and pale. Finally, the narrator makes attempts to awaken Valdemar, asking questions which are answered with difficulty, his voice seemingly coming from his swollen, blackened tongue. In between trance and wakefulness, Valdemar's tongue begs to quickly either put him back to sleep or to wake him. As Valdemar's voice shouts "dead! dead!" repeatedly, the narrator takes Valdemar out of his trance; in the process, Valdemar's entire body immediately decays into a "nearly liquid mass of loathsome—of detestable putrescence." 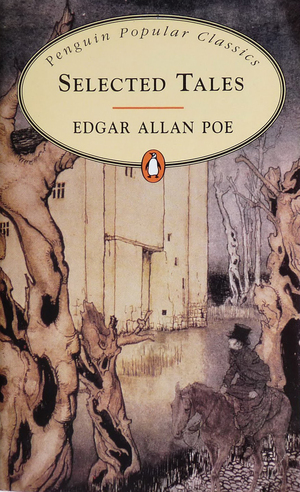 Edgar Allan Poe - Selected ​Tales
Since ​their first publication in the 1830s and 1840s, Edgar Allan Poe's extraordinary Gothic tales have established themselves as classics of horror fiction and have also created many of the conventions which still dominate the genre of detective fiction. As well as being highly enjoyable, Poe's tales are works of very real intellectual exploration. Attentive to the historical and political dimensions of these very American tales, this new selection places the most popular - 'The Fall of the House of Usher', 'The Masque of the Red Death', 'The Murders in the Rue Morgue' and 'The Purloined Letter' - alongside less well-known travel narratives, metaphysical essays and political satires. MS Found in a Bottle; Berenicë; Morella; Ligeia; The Man That Was Used Up; The Fall of the House of Usher; William Wilson; The Man of the Crowd; The Murders in the Rue Morgue; Eleonora; The Masque of the Red Death; The Pit and the Pendulum; The Mystery of Marie Roget; The Tell-Tale Heart; The Gold-Bug; The Black Cat; A Tale of the Ragged Mountains; The Purloined Letter; The Systems of Doctor Tarr and Professor Fether; The Imp of the Perverse; The Cask of Amontillado; The Domain of Arnheim; Hop-Frog; Von Kempelen and his Discovery.

Edgar Allan Poe - Tales ​of Edgar Allan Poe
Edgar ​Allan Poe gave forty years of a tortured existence to this world. Born in 1809, he was the son of poor actors, both of whom died when he was very young. He was taken into the home of a Richmond merchant, John Allan, without legal adoption. At the University of Virginia, he made a brilliant record, but was removed because of gambling debts. He quarrelled with Mr. Allan shortly thereafter and left home; that same year he published anonymously his first volume of poems. His foster father left him nothing when he died, and from then on Poe’s life was a constant struggle with poverty, illness, and drink, which easily affected him. In 1835 he married his cousin, Virginia Clemm, a child in her early teens. Some of his best stories appeared in _Burton’s Gentleman’s Magazine_ and _Graham’s Magazine_ between 1835 and 1844. Around 1840 he began writing mystery stories, _The Murders in the Rue Morgue_, _The Purloined Letter_, and _The Gold Bug_, for which he received a prize of $100.

Edgar Allan Poe - The ​Black Cat
This ​horror classic short story by Edgar Allan Poe is about a man who loves his animals, but then starts mistreating them. One animal he mistreats in particular is his favorite, the Black Cat. What will the cat do? 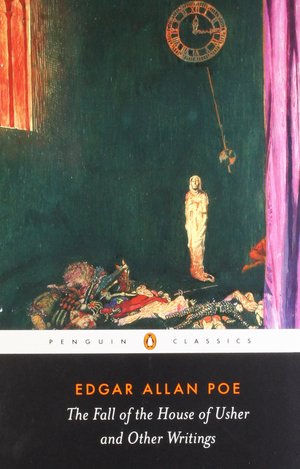 The ​Fall of the House of Usher and Other Stories... Edgar Allan Poe
1

The ​City in the Sea Edgar Allan Poe
1

Edgar Allan Poe - The ​City in the Sea
Poe, ​Edgar Allan (1809-49) - American poet, short-story writer, and critic who is best known for his tales of ratiocination, his fantastical horror stories, and his genre-founding detective stories. Poe, whose cloudy personal life is a virtual legend, considered himself primarily a poet. The City in the Sea (1831) - One of Poe's poems. It deals with a fantastical dream-world. Opening lines: Lo! Death has reared himself a throne / In a strange city lying alone... 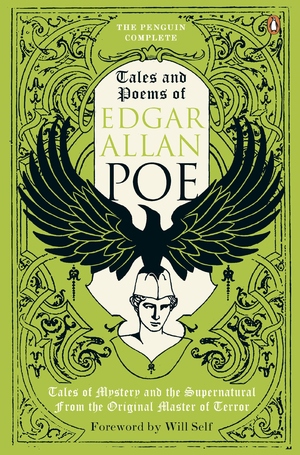 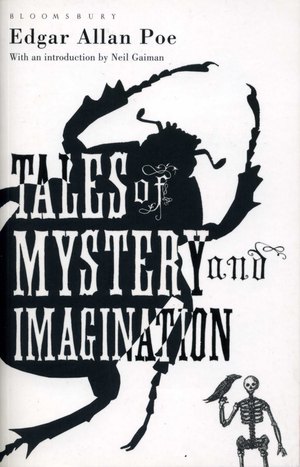 Edgar Allan Poe - Tales ​of Mystery and Imagination
To ​an anomalous species of terror I found him a bounden slave. Including Poe's most terrifying, grotesque and haunting short stories, Tales of Mystery and Imagination is the ultimate collection of the infamous author's macabre works. Focusing on the internal conflict of individuals, the power of the dead over the living and psychological explorations of darker human emotion, the collection features some of his most popular tales. 'The Gold-Bug' is the only story that was significant within his lifetime, whereas 'The Black Cat', 'The Pit and the Pendulum' and 'The Murders in the Rue Morgue' became more widely read after his death. 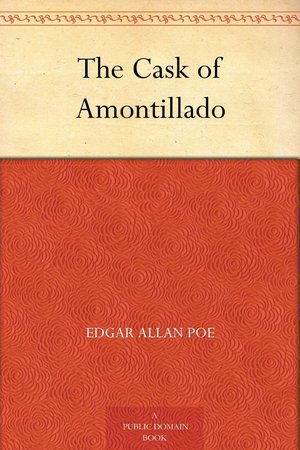 Edgar Allan Poe - The ​Cask of Amontillado
The ​story is set in a nameless Italian city in an unspecified year (possibly in the 18th century) and is about the narrator's deadly revenge on a friend whom he believes has insulted him. Like several of Poe's stories, and in keeping with the 19th-century fascination with the subject, the narrative revolves around a person being buried alive—in this case, by immurement. 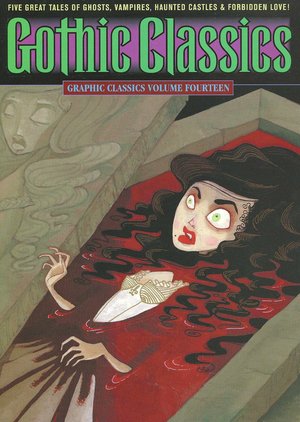 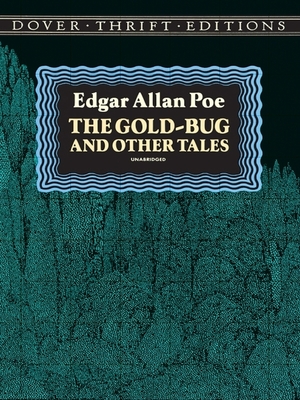 Edgar Allan Poe - The ​Gold Bug
The ​discovery of a message in code on a shoreline formerly infested with pirates sends William Legrand and his friends on a hunt for buried treasure. 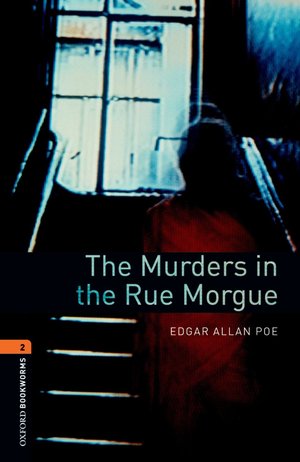 Edgar Allan Poe - Murders ​in the Rue Morgue (Oxford Bookworms)
The ​room was on the fourth floor, and the door was locked - with the key on the inside. The windows were closed and fastened - on the inside. The chimney was too narrow for a cat to get through. So how did the murderer escape? And whose were the two angry voices heard by the neighbours as they ran up the stairs? Nobody in Paris could find any answers to this mystery. 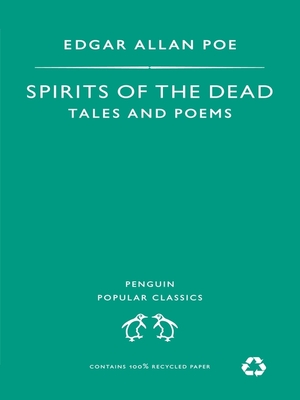 The ​Murders in the Rue Morgue Edgar Allan Poe
2

Edgar Allan Poe - The ​Murders in the Rue Morgue
Edgar ​Allan Poe invented the genre of detective fiction with these three mesmerizing stories of a young French eccentric named C. Auguste Dupin: The Murders in the Rue Morgue, The Mystery of Marie Roget and The Purloined Letter . Years later Dorothy Sayers would describe these tales as 'almost a complete manual of detective theory and practice'. Indeed, Poe's short mysteries inspired the creation of countless literary sleuths, among them Sherlock Holmes. Today the unique Dupin stories still stand out as utterly engrossing page-turners. This edition reproduces the definitive text of these stories and an introduction and appendix on 'The Earliest Detectives' by the novelist Matthew Pearl.

Edgar Allan Poe - Hop-Frog
A ​dwarf is taken from his homeland and becomes the jester of a king particularly fond of practical jokes. Taking revenge on the king and his cabinet for striking his friend and fellow dwarf Trippetta, he dresses them as orangutans for a masquerade. In front of the king's guests, Hop-Frog murders them all before escaping with Trippetta. 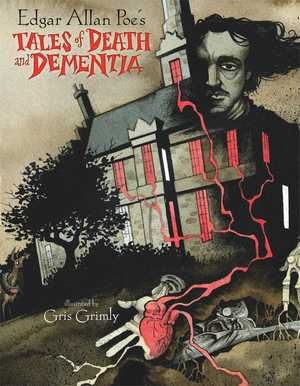 Edgar Allan Poe - Edgar ​Allan Poe's Tales of Death and Dementia
Stories ​of lost love, lost ways . . . and lost minds! Gris Grimly’s mysterious, morbid, and macabre illustrations capture four Poe classics with an unmatchable ghoulish charm. This second installment of illustrated Poe tales, a companion to Edgar Allan Poe’s Tales of Mystery and Madness, includes the perennial favorite The Tell Tale Heart, as well as The System of Dr. Tarr and Professor Fether, The Oblong Box, and The Facts in the Case of M. Valdemar. With little trimming and lots of gory visuals, these stories have never looked better or more frightening! 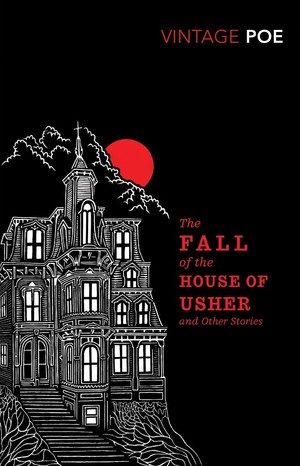 Edgar Allan Poe - The ​Fall of the House of Usher and Other Stories
Edgar ​Allan Poe was a writer of uncommon talent; in The Murders in the Rue Morgue he created the genre of detective fiction while his genius for finding the strangeness lurking within us all has been an influence on everyone from Freud to Hollywood. This complete collection of all his short stories and novellas contains well-known tales ‘The Pit and the Pendulum' and ‘The Tell-Tale Heart' alongside hidden gems that both unsettle and enthrall the reader. 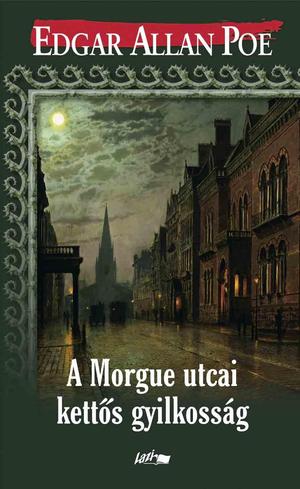 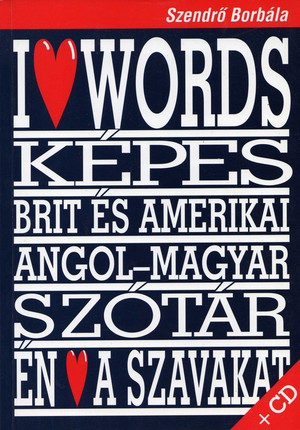