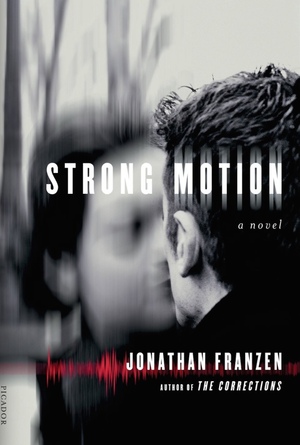 Jonathan Franzen - Strong ​Motion
Louis ​Holland arrives in Boston in a spring of ecological upheaval (a rash of earthquakes on the North Shore) and odd luck: the first one kills his grandmother. Louis tries to maintain his independence, but falls in love with a Harvard seismologist whose discoveries about the earthquakes' cause complicate everything. 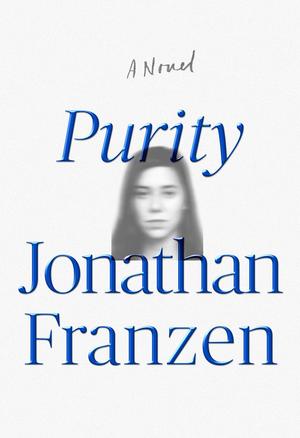 Jonathan Franzen - Purity
Young ​Pip Tyler doesn't know who she is. She knows that her real name is Purity, that she's saddled with $130,000 in student debt, that she's squatting with anarchists in Oakland, and that her relationship with her mother - her only family - is hazardous. But she doesn't have a clue who her father is, why her mother has always concealed her own real name, or how she can ever have a normal life. Enter the Germans. A glancing encounter with a German peace activist leads Pip to an internship in South America with The Sunlight Project, an organisation that traffics in all the secrets of the world - including, Pip hopes, the secret of her origins. TSP is the brainchild of Andreas Wolf, a charismatic provocateur who rose to fame in the chaos following the fall of the Berlin Wall. Now on the lam in Bolivia, Andreas is drawn to Pip for reasons she doesn't understand, and the intensity of her response to him upends her conventional ideas of right and wrong. Purity is a dark-hued comedy of youthful idealism, extreme fidelity, and murder. The author of THE CORRECTIONS and FREEDOM has created yet another cast of vividly original characters, Californians and East Germans, good parents and bad parents, journalists and leakers, and he follows their intertwining paths through landscapes as contemporary as the omnipresent Internet and as ancient as the war between the sexes. Jonathan Franzen is a major author of our time, and PURITY is his edgiest and most searching book yet. 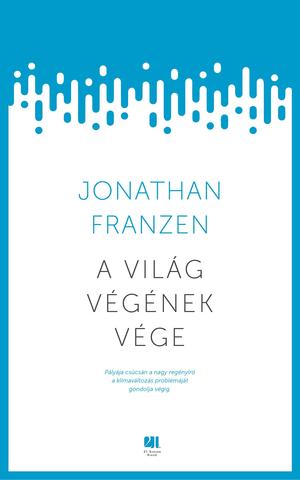 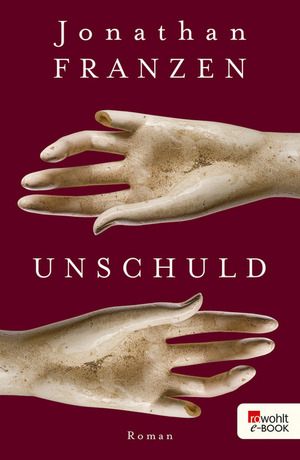 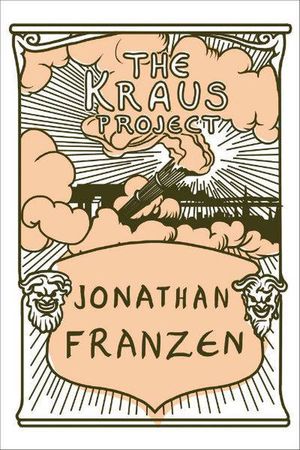 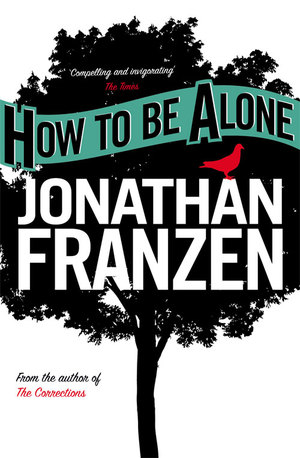 How ​to Be Alone Jonathan Franzen
8

Jonathan Franzen - How ​to Be Alone
Jonathan ​Franzen is smart and brash, the kind of person you want as your social critic but not as a brother-in-law. Many of the 14 essays in How to Be Alone, by the author of the critically acclaimed novel The Corrections, first appeared in The New Yorker, Harper's, and elsewhere. A long, much-discussed rumination on the American novel, (newly) titled "Why Bother?," is included, as well as essays on privacy obsession, the U.S. post office, New York City, big tobacco, and new prisons. At his best, as in "My Father's Brain," a piece on his father's struggle with Alzheimer's, Franzen can make the ordinary world utterly riveting. But at times, it can be difficult to discern where Franzen stands on any particular subject, as he often takes both sides of an argument. Valid attempts to reflect ambiguity s! ometimes lead to obfuscation, especially in his essays on privacy and tobacco, although his belief that small-town America of years gone by offered the individual little privacy certainly rings true. Franzen can write with panache, as in this comment after he watched, without headphones, a TV show during a flight: "(It) became an exposé of the hydraulics of insincere smiles." A few of the shorter pieces appear to be filler. Franzen shines brightest when he gets edgy and a little angry, as in "The Reader in Exile": "Instead of Manassas battlefield, a historical theme park. Instead of organizing narratives, a map of the world as complex as the world itself. Instead of a soul, membership in a crowd. Instead of wisdom, data." 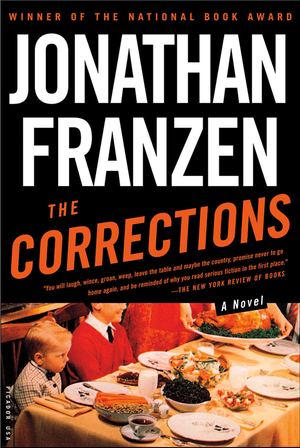 Jonathan Franzen - The ​Corrections
The ​Corrections is a grandly entertaining novel for the new century-a comic, tragic masterpiece about a family breaking down in an age of easy fixes. After almost fifty years as a wife and mother, Enid Lambert is ready to have some fun. Unfortunately, her husband, Alfred, is losing his sanity to Parkinson's disease, and their children have long since flown the family nest to the catastrophes of their own lives. The oldest, Gary, a once-stable portfolio manager and family man, is trying to convince his wife and himself, despite clear signs to the contrary, that he is not clinically depressed. The middle child, Chip, has lost his seemingly secure academic job and is failing spectacularly at his new line of work. And Denise, the youngest, has escaped a disastrous marriage only to pour her youth and beauty down the drain of an affair with a married man - or so her mother fears. Desperate for some pleasure to look forward to, Enid has set her heart on an elusive goal: bringing her family together for one last Christmas at home. Stretching from the Midwest at midcentury to the Wall Street and Eastern Europe of today, The Corrections brings an old-fashioned world of civic virtue and sexual inhibitions into violent collision with the era of home surveillance, hands-off parenting, do-it-yourself mental healthcare, and globalized greed. Richly realistic, darkly hilarious, deeply humane, it confirms Jonathan Franzen as one of our most brilliant interpreters of American society and the American soul. 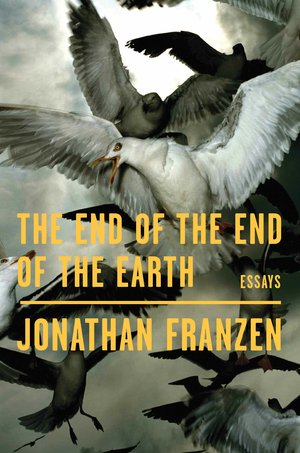 Jonathan Franzen - The ​End of the End of the Earth
A ​sharp and provocative new essay collection from the award-winning author of Freedom and The Corrections The essayist, Jonathan Franzen writes, is like "a fire-fighter, whose job, while everyone else is fleeing the flames of shame, is to run straight into them." For the past twenty-five years, even as his novels have earned him worldwide acclaim, Franzen has led a second life as a risk-taking essayist. Now, at a moment when technology has inflamed tribal hatreds and the planet is beset by unnatural calami- ties, he is back with a new collection of essays that recall us to more humane ways of being in the world. Franzen's great loves are literature and birds, and The End of the End of the Earth is a passionate argument for both. Where the new media tend to confirm one's prejudices, he writes, literature "invites you to ask whether you might be somewhat wrong, maybe even entirely wrong, and to imagine why someone else might hate you." Whatever his subject, Franzen's essays are always skeptical of received opinion, steeped in irony, and frank about his own failings. He's frank about birds, too (they kill "everything imaginable"), but his reporting and reflections on them--on seabirds in New Zealand, warblers in East Africa, penguins in Antarctica--are both a moving celebration of their beauty and resilience and a call to action to save what we love. Calm, poignant, carefully argued, full of wit, The End of the End of the Earth provides a welcome breath of hope and reason. 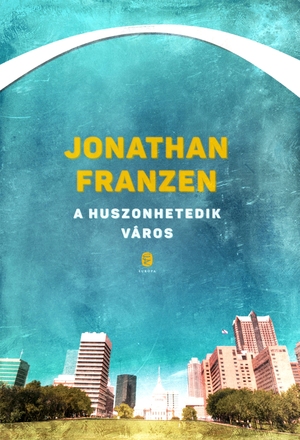 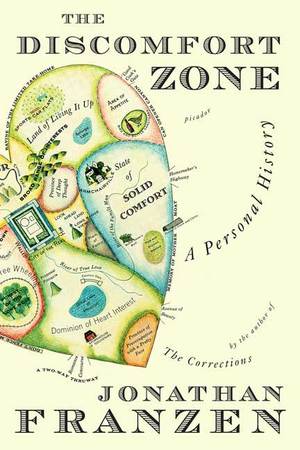 Jonathan Franzen - The ​Discomfort Zone
The ​excruciating dynamics of a Christian youth fellowship in the 1970's... the effects of Kafka's fiction on a young man protracted quest to lose his virginity... the web of connections between birdwatching, a collapsing marriage, and global warming: in this comic memoir of self-consciousness, the author of The Corrections tells the story of his life and of the strange country in which he's lived it. 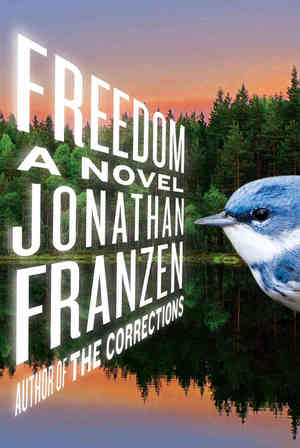 Jonathan Franzen - Freedom
From ​the National Book Award-winning author of The Corrections, a darkly comedic novel about family Patty and Walter Berglund were the new pioneers of old St. Paul - the gentrifiers, the hands-on parents, the avant-garde of the Whole Foods generation. Patty was the ideal sort of neighbor, who could tell you where to recycle your batteries and how to get the local cops to actually do their job. She was an enviably perfect mother and the wife of Walter's dreams. Together with Walter - environmental lawyer, commuter cyclist, total family man - she was doing her small part to build a better world. But now, in the new millennium, the Berglunds have become a mystery. Why has their teenage son moved in with the aggressively Republican family next door? Why has Walter taken a job working with Big Coal? What exactly is Richard Katz - outré rocker and Walter's college best friend and rival - still doing in the picture? Most of all, what has happened to Patty? Why has the bright star of Barrier Street become 'a very different kind of neighbor,' an implacable Fury coming unhinged before the street's attentive eyes? In his first novel since The Corrections, Jonathan Franzen has given us an epic of contemporary love and marriage. Freedom comically and tragically captures the temptations and burdens of liberty: the thrills of teenage lust, the shaken compromises of middle age, the wages of suburban sprawl, the heavy weight of empire. In charting the mistakes and joys of Freedom's intensely realized characters as they struggle to learn how to live in an ever more confusing world, Franzen has produced an indelible and deeply moving portrait of our time. 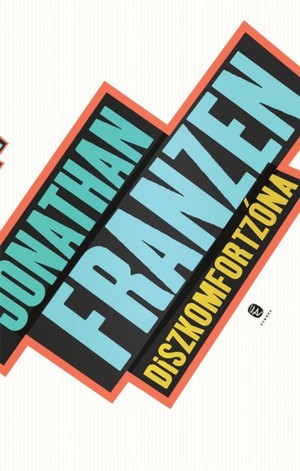 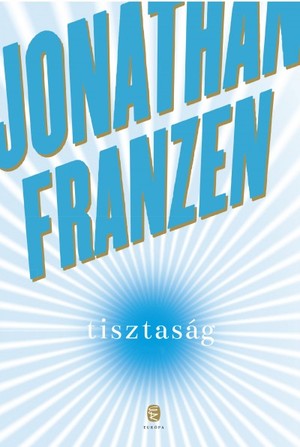 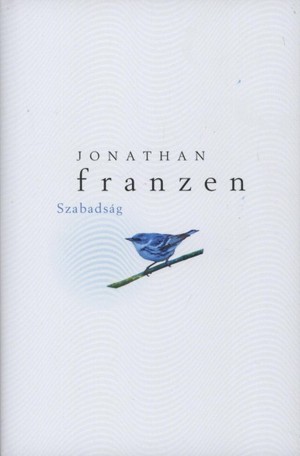 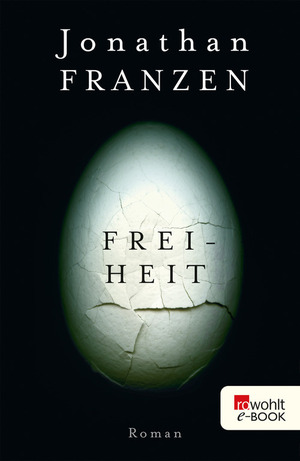 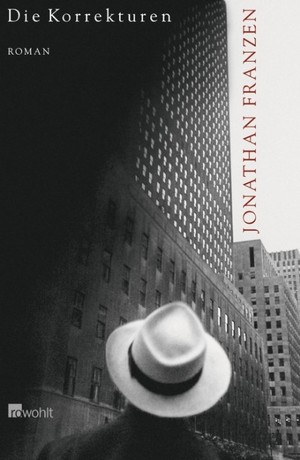 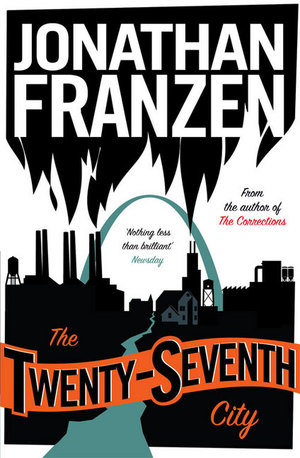 Jonathan Franzen - The ​Twenty-Seventh City
In ​the late 1980s, the city of St. Louis appoints as police chief an enigmatic young Indian woman named Jammu. Unbeknownst to her supporters, she is a dedicated terrorist. Standing alone against her is Martin Probst, builder of the famous Golden Arch of St. Louis. Jammu attempts first to isolate him, then seduce him to her side. This is a quirky novel, composed of wildly disparate elements. Franzen weaves graceful, affecting descriptions of the daily lives of the Probsts around a grotesque melodrama. The descriptive portions are almost lyrical, narrated in a minimalist prose, which contrasts well with the grand style of the melodramatic sections. The blend ultimately palls, however , and the murky plot grows murkier. Franzen takes many risks in his first novel; many, not all, work. 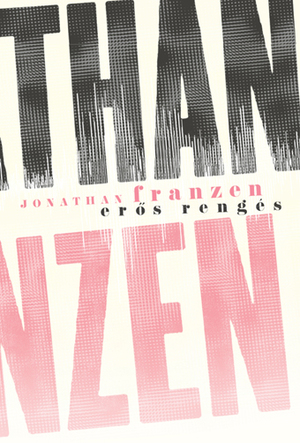 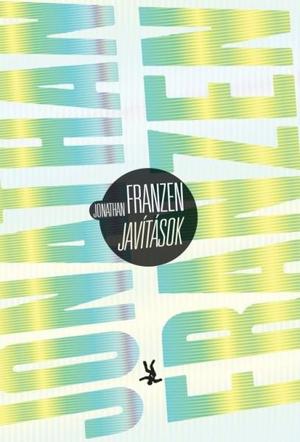 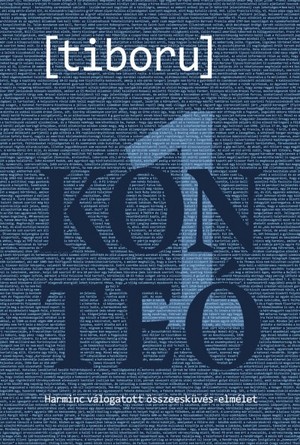