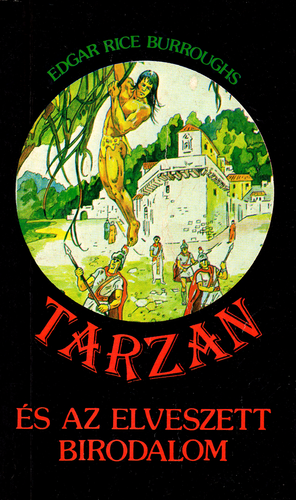 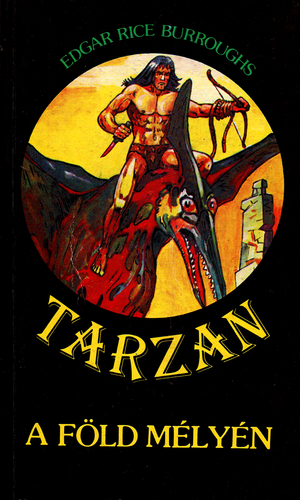 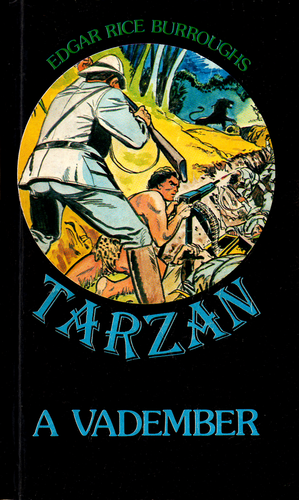 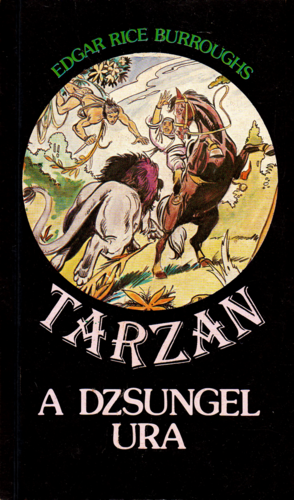 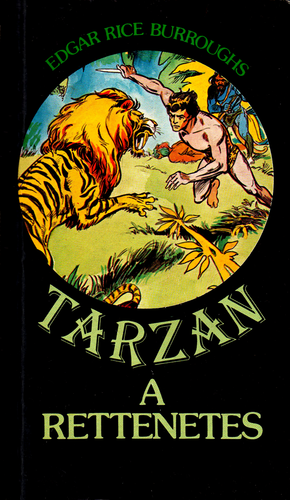 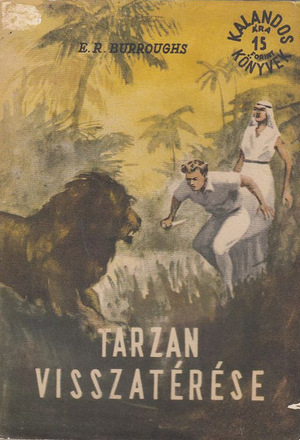 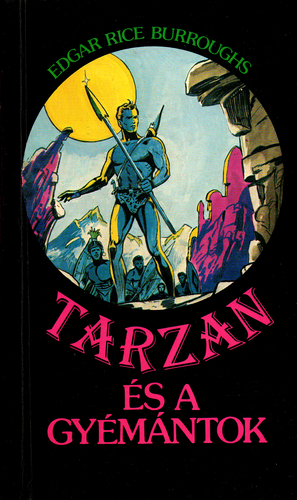 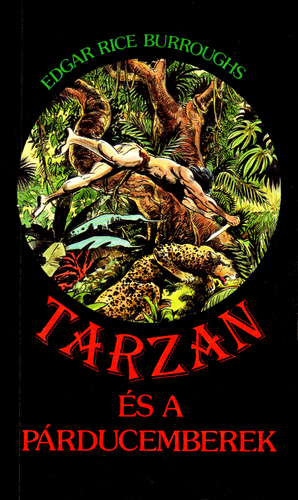 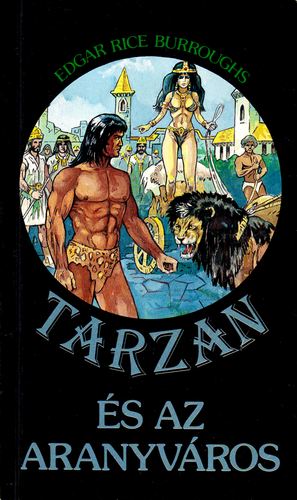 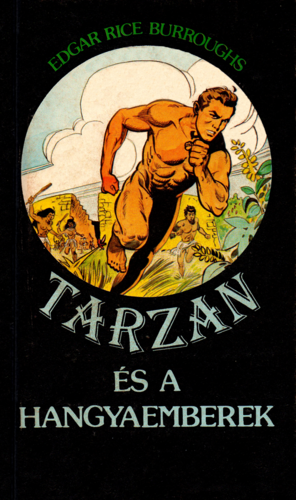 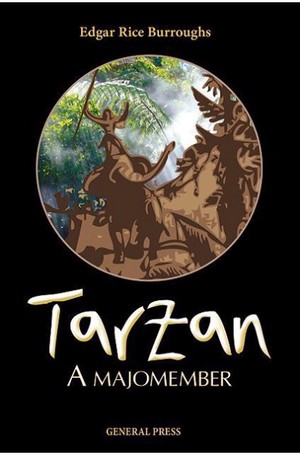 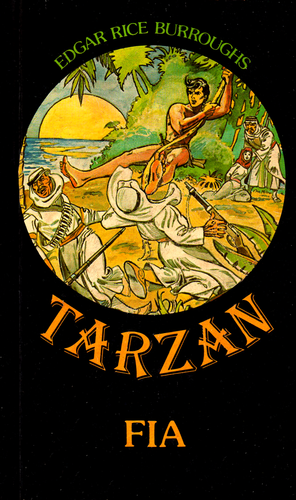 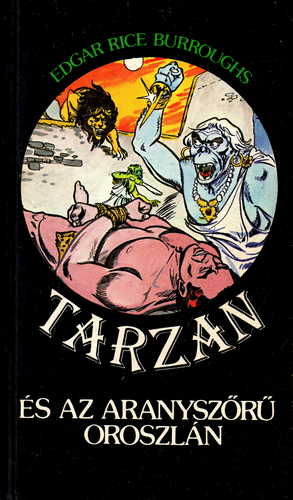 Edgar Rice Burroughs - John ​Carter
Collects ​7 novels in one: _A Princess of Mars_; _Gods of Mars_; _Warlord of Mars_; _Thuvia, Maid of Mars_; _Chessmen of Mars_; _Master Mind of Mars_; _Fighting Man of Mars_ complete with illustrations. When John Carter goes to sleep in a mysterious cave in the Arizona dessert, he wakes up on the planet Mars. There he meets the fifteen foot tall, four armed, green men of mars, with horse-like dragons, and watch dogs like oversized frogs with ten legs. His adventures continue as he battles great white apes, fights plant men, defies the Goddess of Death, and braves the frozen wastes of Polar Mars. In other adventures, the Prince of Helium encounters a race of telepathic warriors, the Princess of Helium confronts the headless men of Mars, Captain Ulysses Paxton learns the secret of human immortality, and Tan Hadron's idealized notion of love is tested as he fights off gigantic spiders and cannibals. Edgar Rice Burroughs vision of Mars was loosely inspired by astronomical speculation of the time, especially that of Percival Lowell, who saw the red planet as a formerly Earth-like world now becoming less hospitable to life due to its advanced age. Burroughs predicted the invention of homing devices, radar, sonar, autopilot, collision detection, television, teletype, genetic cloning, living organ transplants, antigravity propulsion, and many other concepts that were well ahead of his time. The books in the Barsoom series were an early inspiration to many, including science fiction authors Robert A. Heinlein, Arthur C. Clarke and Ray Bradbury, they influenced renowned scientist Carl Sagan in his quest for extraterrestrial life, and were instrumental in the making of James Cameron's Avatar, and George Lucas' Star Wars. This edition includes 46 illustrations. Edgar Rice Burroughs - The ​Warlord of Mars
Far ​to the north, in the frozen wastes of Polar Mars, lay the home of the Holy Therns, sacred and inviolate. Only John Carter dared to go there to find his lost Dejah Thoris. But between him and his goal lay the bones of all who had gone before. Edgar Rice Burroughs - Tarzan ​of the Apes
Abandoned ​to his fate when his English parents die in the African jungle, a baby boy is rescued and reared by a loving ape foster mother. Conquering the savage laws of the wilderness, Tarzan grows into a mighty warrior and becomes leader of his tribe of apes until he encounters, for the first time, his own kind - humans. An expedition of white treasure hunters has entered his jungle kingdom, accompanied by the beautiful Jane Porter. Tarzan's primitive heart is struck and he determines to become civilized in order to win her. But will the charms of this cultured young woman overcome when the spirit of his wild nature beckons? Edgar Rice Burroughs - Llana ​of Gathol
Llana ​of Gathol is an Edgar Rice Burroughs science fiction novel, the tenth of his famous Barsoom series. It consists of four stories that were originally published in Amazing Stories in 1941 (details see below). The first collected edition of Llana of Gathol was published in 1948. It is the penultimate book in the Barsoom series and the last to be published during Burroughs's lifetime. The stories in Llana of Gathol have a somewhat more humorous tone than earlier entries of the Barsoom series, and this book is considered to be an example of Burroughs engaging in self-parody late in his career. Edgar Rice Burroughs - John ​Carter of Mars
John ​Carter of Mars, the eleventh and final book in the famous Barsoom series by Edgar Rice Burroughs, is not actually a novel but rather a collection of two John Carter of Mars stories. The first, "John Carter and the Giant of Mars," is a juvenile story penned by Burrough's son John "Jack" Coleman Burroughs, and claimed to have been revised by Burroughs. It was written for a Whitman Big Little Book, illustrated by Jack Burroughs that was published in 1940 and then republished in Amazing Stories the next year.[1] The second story, "Skeleton Men of Jupiter," was first published in Amazing Stories in 1943. Intended as the first in a series of novelettes to be later collected in book form, in the fashion of Llana of Gathol, it ends with the plot unresolved, and the intended sequels were never written. Several other writers have written pastiche endings for the story. The first edition of John Carter of Mars (a title that Burroughs never actually used for any book in the Barsoom series) was published in 1964 by Canaveral Press, fourteen years after Burrough's death. This book is not highly regarded by fans of the Barsoom series and is generally considered something of an afterthought. However, in the book Master of Adventure: The Worlds of Edgar Rice Burroughs, Richard A. Lupoff, the editor of the 1964 Canaveral Press edition of John Carter of Mars, writes that it is interesting for its contrast between "real" Burroughs ("Skeleton Men of Jupiter") and "ersatz" Burroughs ("John Carter and the Giant of Mars"). Edgar Rice Burroughs - The ​Chessmen of Mars
Held ​captive by grotesque bodiless heads, Princess Tara of Helium was rescued by a warrior who dared not reveal his name. But escape led the daughter of the Warlord of Mars into even more loathesome peril -- as the prize in a bloody game of living chess. Edgar Rice Burroughs - The ​Gods of Mars
Captain ​John Carter, resident of the state Virginia. Three times he died, three times he came back to life again. For he had the secret power of all men desire to posess. The power to project himself into another time, another planet, another existence. Here is his story, dictated after his last journey to Mars. A journey in which he once again met the men of Barsoom; fought with the Black Pirates; earned the love and hate of Phaidor, daughter of Matai Shang; looked upon the holy vision of Issus, Goddess of Life Eternal, and learned that he was condemned to die. John Carter battles for his life and freedom in the strange forests and cities of the Red Planet.