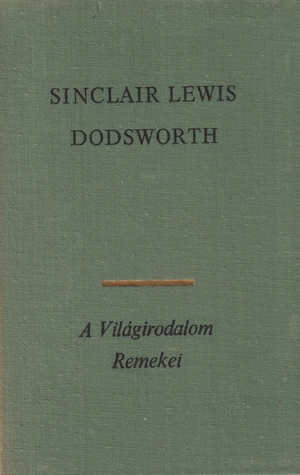 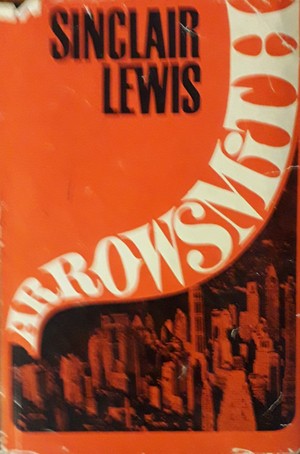 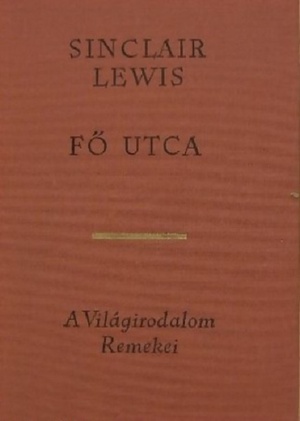 Sinclair Lewis - Elmer ​Gantry (angol)
Possibly ​the best student of hypocrisy since Voltaire. This portrait of a golden-tongued evangelist - who lives a life of hypocrisy, sensuality, and self-indulgence - is also the chronicle of a reign of vulgarity, which but for Lewis would have left no record of itself. 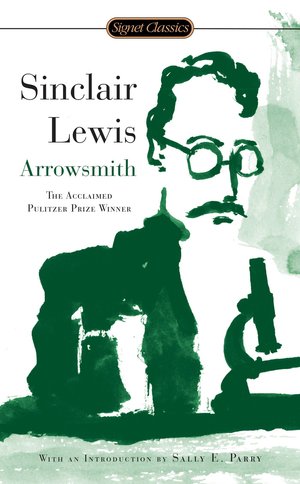 Sinclair Lewis - Arrowsmith ​(angol)
Originally ​published in 1925, after three years of anticipation, the book follows the life of Martin Arrowsmith, a rather ordinary fellow who gets his first taste of medicine at 14 as an assistant to the drunken physician in his home town. It is Leora Tozer who makes Martin's life extraordinary. With vitality and love, she urges him beyond the confines of the mundane to risk answering his true calling as a scientist and researcher. Not even her tragic death can extinguish her spirit or her impact on Martin's life. After years of work as a small town doctor and a research scientist, Arrowsmith heads for the West Indies with a serum to halt an epidemic. A tragic turn of events forces him to come to terms with his career and his personal life. As the son and grandson of physicians, Sinclair Lewis had a store of experiences and imparted knowledge to draw upon for Arrowsmith. 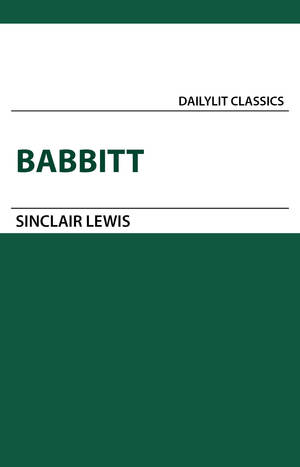 Sinclair Lewis - Babbitt ​(angol)
Sinclair ​Lewis wrote a series of satires that exposed the hypocrisy of early 20th century America. "Babbitt" is a snapshot of the life of George F. Babbitt, a somewhat prosperous middle class businessman who lives in Zenith, Ohio. Zenith has a population of 300,000+, and has an active business community. This community has its own rituals and ironclad rules. These rules consist of being one of the gang, being a member of all the right clubs and organizations, and never deviating from the ideals of business and money. These rules cause enormous difficulties for Babbitt when he goes through a midlife crisis at the end of the book and begins spouting liberal ideas and associating with the "wrong" crowd. This is my first encounter with Sinclair Lewis. I really don't know why I chose to read "Babbitt" first, as I also have copies of "Main Street" and "Arrowsmith." I think it was the unusual cover of the Penguin edition, which is a picture of a painting called "Booster" by Grant Wood. To me, that picture IS Babbitt, and I'll always be able to see Babbitt in my head whenever I'm reminded of this book.There really isn't a lot of symbolism here (and the symbolism that is here is pretty easy to decipher) and the prose is much closer to our present day writing and speech. This is brilliant satire, and you'll laugh out loud at many of the situations Babbitt gets himself into. An especially hilarious incident occurs when one of the local millionaire businessmen finally accepts an invitation to dine with Babbitt. The evening goes badly because Babbitt is in a lower social class. Lewis then shows Babbitt going to a dinner at an old friends house who is in a lower class then him. It's hilarious to see the similarities between the two events, and it brings home how class is strictly enforced in Zenith, and by extension, America. Babbitt is a person that I found myself both hating and liking, often within the space of one page. He's ignorant, in that he is a major conformist who often repeats slogans and phrases merely because others in his circle say the same things. He's a namedropper who refers to people he doesn't even know as though they were his best friends. He's also high volume. Babbitt is one of those people we all know who is always boisterous and noisy so they can hide their own insecurities or ignorance. Just when you think you can't stand Babbitt for another second, Lewis tosses in a situation that makes you feel for the man. Babbitt is the boss at a real estate company, and he worries about his employees liking him. When a confrontation arises with one of his salesmen, Babbitt frets and doesn't want to fire the guy, although the rules of business eventually force him to do exactly that. He wants all of his employees to like him. He also feels bad about cheating on his wife while she is away and worries about what his children will think of him when he comes in drunk after a night of carousing. Ultimately, although Babbitt can be a major heel, the reader is almost forced to sympathize with him. This is true especially at the end of the book, when Babbitt renounces his liberal ways and rejoins his old colleagues. His return to the pack is not quite complete, however. Babbitt is changed by his transgression, and has learned a few lessons that he imparts to his son on the last page of the book, thus ending the tale on an upbeat note. This book is both funny and sad, but well worth reading. Sinclair Lewis eventually won Pulitzer and Nobel prizes for his literary endeavors. It's not hard to see why. Recommended. 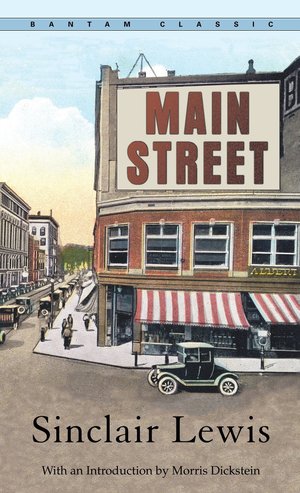 Sinclair Lewis - Main ​Street
“This ​is America—a town of a few thousand, in a region of wheat and corn and dairies and little groves.” So Sinclair Lewis—recipient of the Nobel Prize and rejecter of the Pulitzer—prefaces his novel Main Street. Lewis is brutal in his depictions of the self-satisfied inhabitants of small-town America, a place which proves to be merely an assemblage of pretty surfaces, strung together and ultimately empty. 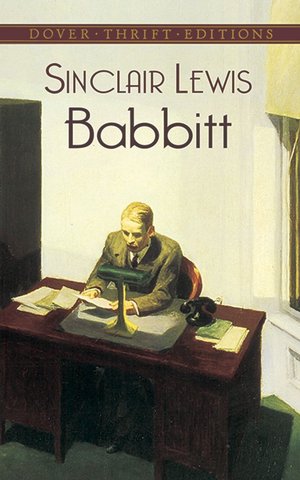 Sinclair Lewis - It ​Can't Happen Here
It ​is 1936. America has just elected Berzelius Windrip to the presidency-and his fascist policies turn the U.S. into a totalitarian state. 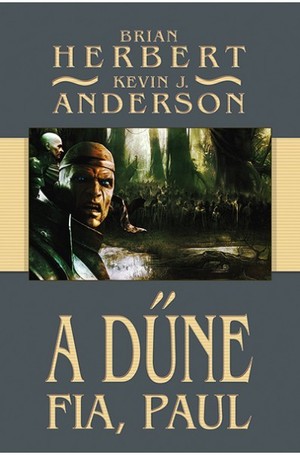