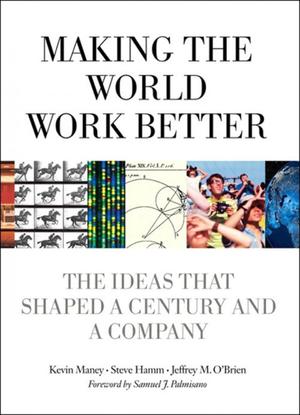 Steve Hamm - Kevin Maney - Jeffrey M. O'Brien - Making ​the World Work Better
One ​hundred years ago, the company that would become IBM took its first steps into an unknown future. In Making the World Work Better: The Ideas That Shaped a Century and a Company, journalists Kevin Maney, Steve Hamm and Jeffrey M. O’Brien tell a story of progress that illuminates, and transcends, the rich history of a single enterprise. Through extensive research, they explore IBM’s impact on technology, on the evolving role of the modern corporation and on the way our world literally works. Most intriguingly, they uncover a set of compelling ideas whose greatest impact may lie not in the previous century, but in the next one—ideas with the power to shape a surprising future, and to change the way we think.