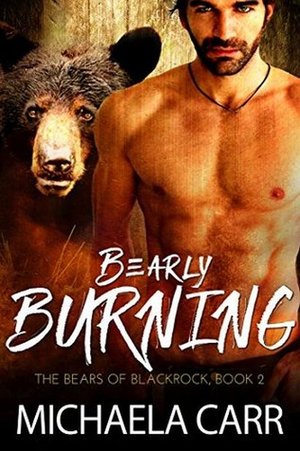 Michaela Wright - Alana Hart - Bearly ​Burning
Josephine ​Dalton has one goal - take her daughter and run. Yet, when a close road encounter with a bear sends her car careening off a cliff toward the Atlantic, it looks like she won't be running anytime soon. She's lucky to be alive. Kirk Fenn was out enjoying a night of shifting and the feel of his paws in the snow when an accident changed his world forever. He blamed himself for the horrible crash that nearly killed Rory's mother. It was the least he could do to keep her daughter safe. Especially when her mother's last words before she lost consciousness were, "Don't let him have her." Yet, when Josephine comes to stay with Kirk to recover from her injuries, an undeniable attraction begins to flourish. The distrusting Josephine is the most beautiful woman he's ever seen, and soon Kirk finds himself staring at her backside more often than he'd. Despite Josephine's dower mood, she doesn't seem to mind his looking. After years of fear and running, how could this rugged stranger make her feel so safe? Yet the troubles that brought Joe to that snow-covered road are tracking her even now. Can they overcome the secrets that brought them both to that snowy hillside in the middle of the night, or will Josephine's past come back to destroy Kirk's present? Content Warning: Dark and steamy love scenes and saucy language. Intended for mature audiences. 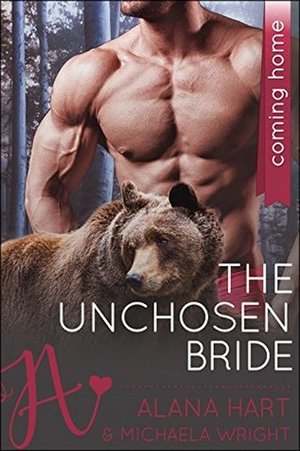 Michaela Wright - Alana Hart - The ​Unchosen Bride
Happily ​Ever After wasn't all it was cracked up to be. Deacon had found what he was looking for - a girl to settle down with. He'd quit his job as an EMT, left his house in Blackrock, and moved all the way to Boston just to be with his chosen mate. Then why didn't his happily ever after look the same as the rest of his family's? Why didn't she want to come to Blackrock to meet his family? Because not all love stories are like fairy tales, right? Some take a bit more work. When Deacon arrives to find his grandfather, Patrick Fenn, has agreed to an arranged marriage between the Deacon Fenn and the last female bear of the reservation's Talbot clan, Deacon finds Carissa isn't too receptive to the news. Who would be? This isn't the middle ages, and Carissa doesn't know the Fenn family's secret - the Fenns are shifters, and Patrick Fenn is desperate to keep the bear line alive. Try to work through that one, pal. Yet, when Deacon meets his intended bride, Maggie Talbot, something about her draws him like no other woman has before. Is it the exotic way of her, the smokey voice, or the secrecy with which she lives her life. The black sheep of her family, Maggie has secrets of her own, secrets that force her to call off the engagement to Deacon Fenn. Deacon rejoices in the news that he is a free man - then why does he feel so bad? Yet as Deacon and Maggie find themselves drawn to each other, their closeness threatens the peace between the clans. Soon it's clear, it was only a matter of time before Maggie's secrets threatened to ruin them all. 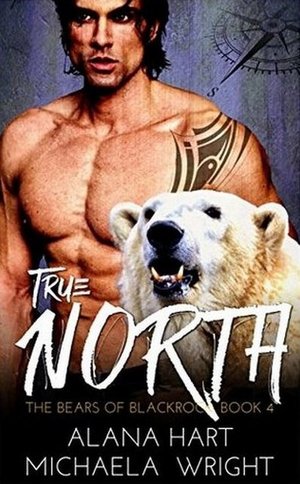 Michaela Wright - Alana Hart - True ​North
Keep ​the family secret, at all costs. Theron Talbot has shifted on the shores of Blackrock his whole life. Unlike the Fenns, Theron can't risk being seen as a bear. Theron has Holden blood, and the Holdens are polar bears. He thought his secret was safe - until Officer Charlie Black discovers it all.. Locked away from the world There is no escape from The Extension. Sinead has been trapped with the Holden clan for two years, their captors relishing in the slow decline of the Holden clan. Sinead has lost hope for escape, or any semblance of hope. Then the handsome stranger appears at her door. Can she resist the warmth of his embrace? Driven from Blackrock for what he is, Theron discovers The Extension has something worth no other place in the world can offer - the fiery haired, Sinead. The only human on the camp, Sinead suffers from the cold unlike the rest of his clan, and the winters of Labrador are merciless. Theron want nothing more than wrap his arms around her and protect her from the cold. He can't watch her suffer at the hands of their captors. He'll do anything to keep her warm and keep her safe. To get her home. Even if that means losing his own life to do it? 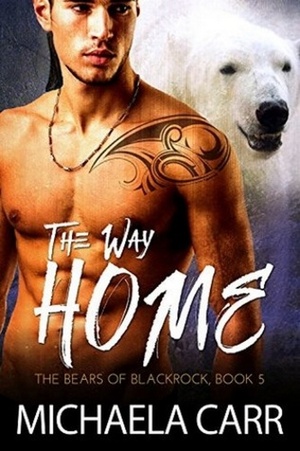 Michaela Wright - Alana Hart - The ​Way Home
Dear ​God, what had she done? The anger had gotten away from Amelia. She'd fought all her life to control this strange simmering aggression she felt bubbling just beneath the skin. She'd always won that battle - until that Sunday afternoon when the beast within took hold, leaving her mother's face scarred by claws - Amelia's claws. She'd turned into a bear. Freedom doesn't bring peace. Darrell Holden is a free man, no longer interred in a camp with his shifter relatives in Labrador. Though the nightmares are less frequent, he still aches for something more - for something to feel like home. Blackrock feels safe, but when a panicked, naked woman comes careening out of the woods, fresh from a shift, Darrell sees his quiet rural life turned upside down. No one has ever felt like Darrell Holden Amelia feels drawn to Darrell, instantly. Unlike all other men, he feels strong, powerful - and he's not afraid of her. Yet she can't give into these passions, she has bigger fish to fry. She has to find her biological parents. With each new lead, she finds herself at yet another dead end, and a new fury to set her off. She's losing the battle with the beast more and more. It's only a matter of time before she shifts again - but what if next time, the damage is irreparable? Can Darrell soothe Amelia's wild soul long enough for her to find answers, or will her inner beast take over and ruin them both? 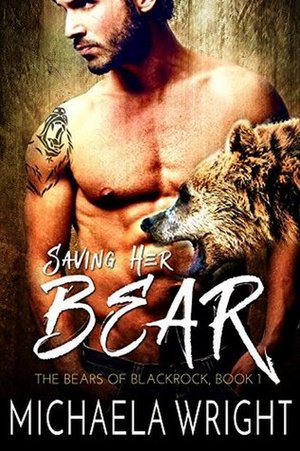 Michaela Wright - Alana Hart - Saving ​Her Bear
Catherine ​Calhoun never thought she’d set foot back in Blackrock, Maine. Yet, it seems family drama back home had other ideas, and she’s forced to flee to the quiet town she left so long ago. Yet the town of Blackrock isn’t the only thing she left behind. John Fenn, hotheaded and handsome son of the mysterious Fenn family, was the closest she’d ever come to true love. Despite decades passing since last she set foot in Blackrock, the mere notion of him sends her heart racing. Sure, the whole town speaks of the Fenns in whispers. They’ve known tragedy one time too many, drawing the suspicion of both county and Sheriff’s department. Yet, when Catherine lays eyes on her old flame, long dormant feelings boil to the surface, and there is no denying them. And it seems John is feeling the heat, too. Yet, as the wounds of Blackrock and the Fenn family reopen, Catherine finds she may well lose her beloved John to the same darkness that drove them apart all those years ago. Can she survive the dangers of Blackrock, or will Saving Her Bear be the last thing she ever does? Content Warning: Dark and steamy love scenes and saucy language. Intended for mature audiences. 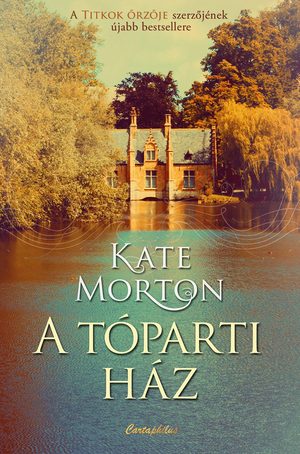