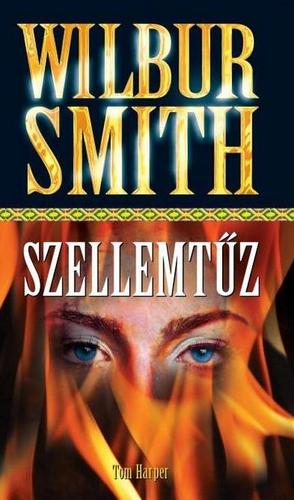 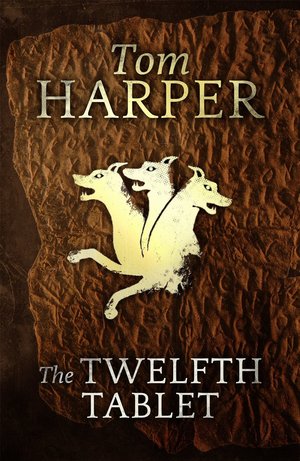 Tom Harper - The ​Twelfth Tablet
Twelve ​golden tablets sit in museums around the world, each created by unknown hands and buried in ancient times, and each providing the dead with the route to the afterlife. Each has taken its own journey, and each has its own story to tell. This is one of those stories. 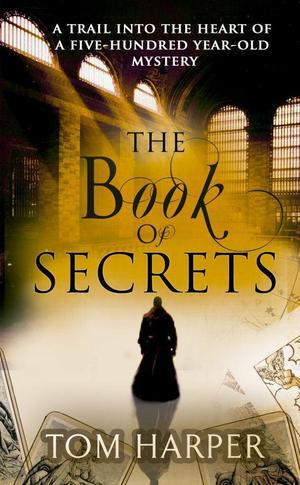 The ​Book of Secrets Tom Harper
0

Tom Harper - The ​Book of Secrets
In ​a snowbound village in the German mountains, a young woman discovers an extraordinary secret. Before she can reveal it, she disappears. All that survives is a picture of a mysterious medieval playing card that has perplexed scholars for centuries. Nick Ash does research for the FBI in New York. Six months ago his girlfriend Gillian walked out and broke his heart. Now he's the only person who can save her - if it's not too late. Within hours of getting her message, Nick finds himself on the run, delving deep into the past before it catches up with him. Hunted across Europe, Nick follows Gillian's trail into the heart of a five-hundred-year-old mystery. But across the centuries, powerful forces are closing around him. There are men who have devoted their lives to keeping the secret, and they will stop at nothing to protect it. 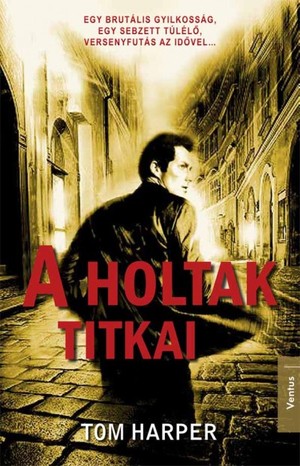 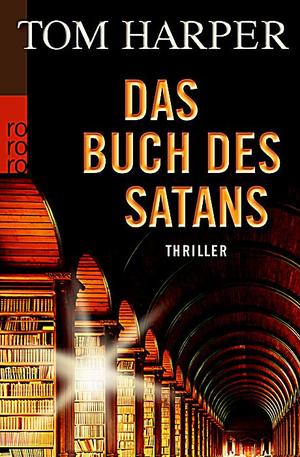 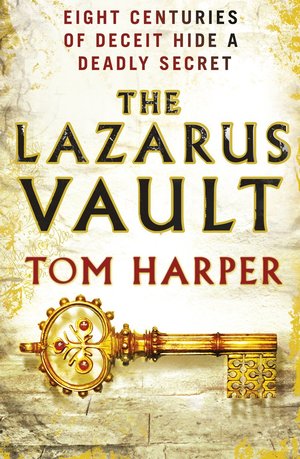 Tom Harper - The ​Lazarus Vault
800 ​years ago, one man wrote the legend that became the greatest quest in history... Deep in the heart of London, the Monsalvat Bank is small, secretive and fabulously wealthy, with roots going far back into the middle ages. When Ellie Stanton, an impoverished graduate student, is unexpectedly invited to join the firm, the privileged world they offer looks too good to turn down. But the bank is more than it seems. Soon Ellie realises that her life belongs to her employers - and they're watching her every move. For buried in their medieval vaults lies a closely guarded treasure of immeasurable power - one inextricably bound up with Ellie's extraordinary history. Now Ellie is in a race against time, hunted by the bank and pursued by her past. Her only hope of escape is to unearth the secret hidden in the vault. But getting in is only the beginning... 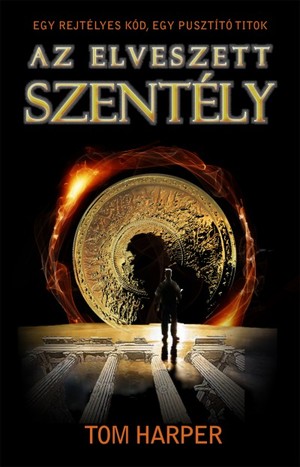 Knights ​of the Cross Tom Harper
0

Tom Harper - Knights ​of the Cross
Byzantium, ​1098. Two years prior, the legions of armies of the First Crusade were called upon by the Byzantine emperor to reinforce his position as the mightiest power in Christendom. Fighting as mercenaries, and claiming no particular allegiance, their presence was strained within the city walls of Byzantium. But with their differences now settled, the armies of the First Crusade leave the emperor---racing across the vast stretch of Asia Minor, chasing the Turkish armies of the East. As they continue to route the Turks and reclaim the stolen land for Christendom, the powerful armies are quickly halted. On the Syrian border, their advance is blocked before the impregnable walls of Antioch. As winter draws on, they are forced to suffer a fruitless, interminable siege---gnawed upon by famine, and tormented by the Turkish defenders. The perilous season leaves the entire crusade on a precarious verge of collapse. In the midst of this freezing misery, rivalries, and divisions appear. Lines are drawn between the ruling princes; the lords and the men they command; and between the Byzantines fighting alongside the Western crusaders. So when the Norman knight, Drago, is found murdered, his lord, the ruthlessly ambitious Bohemond, charges Demetrios Askiates, unveiler of mysteries, with finding the murderer. As Demetrios investigates further, the trail seems to lead ever deeper into the vipers' nest of jealousy, betrayal, and fanaticism that lies at the heart of the crusade. A separate army of Turkish infidels is sent to relieve Antioch. With danger looming within the crusader ranks, and impending battles headed their direction, time is running out, and Demetrios is forced to work with Bohemond to uncover the killer. And still the walls of Antioch are locked, with no key in sight---and no assurance that once the crusaders are inside, the battles will end. The extraordinary story of the crisis of the First Crusade---a powerful novel of intrigue, sacrifice, savagery, and holy war. An amazing sequel to the acclaimed debut, The Mosaic of Shadows. "Gripping for its portrayal of the crusader leaders . . . this is a great example from a trustworthy historian." ---Independent 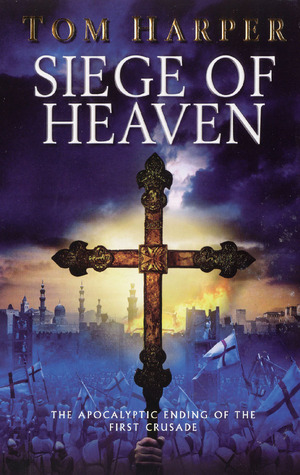 Tom Harper - Siege ​Of Heaven
August, ​1098. After countless battles and sieges, the surviving soldiers of the First Crusade are at last within reach of their ultimate goal: Jerusalem. But rivalries fester, and while the Crusaders delay, new enemies are massing against them in the Holy Land. Demetrios Askiates has had enough of the Crusade’s violence and hypocrisy---he longs to return home. But when a routine diplomatic mission leads to a deadly ambush, he realizes he has been snared in the vast power struggles that underlie the Crusade. The only way out now leads through the Holy City. From the plague-bound city of Antioch to the heart of Muslim Egypt, across mountains, seas and deserts, Demetrios must accompany the army of warlords and fanatics to the very gates of Jerusalem. Where, as the lethal endgame plays out, the Crusade climaxes in an apocalypse of pillage, bloodshed and slaughter. Siege of Heaven is a breathtaking finale to the critically acclaimed series. Following The Mosaic of Shadows and The Knights of the Cross, Tom Harper skillfully blends war, redemption, and triumph into a stunning conclusion. 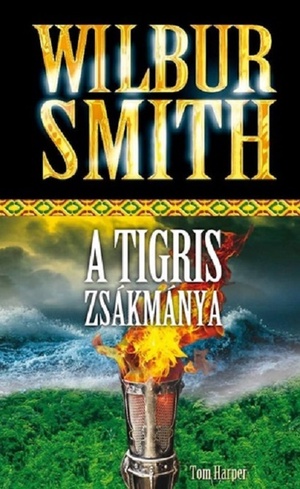 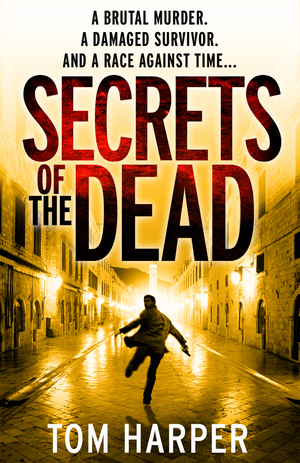 Secrets ​of the Dead Tom Harper
0

Tom Harper - Secrets ​of the Dead
In ​a villa on the coast of Montenegro, Abby Cormac witnesses the brutal murder of her lover, diplomat Michael Lascaris. The last thing she remembers is a gun pointed directly at her. She wakes to find herself at the center of a diplomatic nightmare. Everyone wants an answer but no one wants to listen. Even her employers at the Foreign Office believe she's hiding something. She is completely alone. As Abby tries to piece together the last few months of Michael's life in order to get at the truth, she soon realizes that he wasn't quite what he seemed. What exactly was his relationship with one of the most ruthless men in the Balkans—a war criminal who has never been brought to justice? And what links the gold necklace he gave her to a 4th century manuscript left in the shadow of Emperor Constantine's palace at Trier, and an inscription on a tomb in Rome? When Abby investigates further, it becomes clear that someone wants to suppress a secret that has been kept hidden for centuries, and they will stop at nothing to do so. 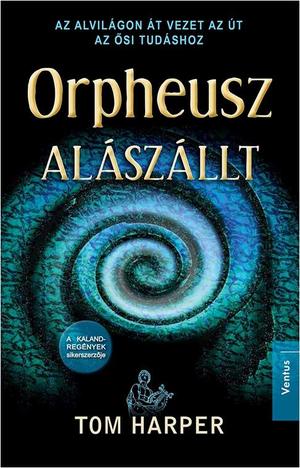 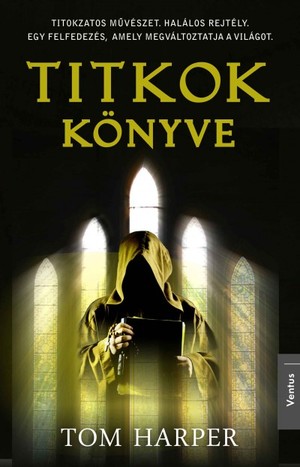 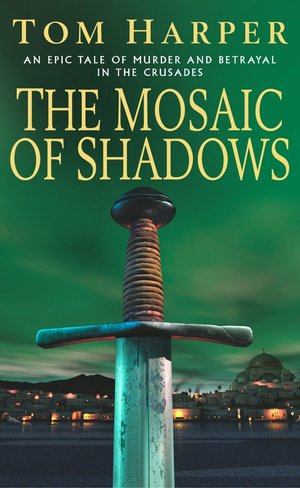 The ​Mosaic of Shadows Tom Harper
0

Tom Harper - The ​Mosaic of Shadows
Byzantium, ​1096. When a mysterious assassin looses his arrow at the Emperor, he has more than a man in his sights; the keystone of a crumbling empire, the Emperor is the solitary figure holding its enemies in check. If he falls, then the mightiest power in Christendom will be torn apart. Aware of the stakes, the Emperor hires Demetrios Askiates, the unveiler of mysteries, to catch the would-be-killer. But Demetrios is entering an unknown and mysterious world, a bubbling cauldron of princes, slaves, mercenaries, pimps and eunuchs. From the depths of the slums to the golden towers of the palace, and from the sands of the hippodrome to the soaring domes of Ayia Sophia, he must edge his way through a glittering maze of treachery and deceit before time runs out. Nor are all enemies within the city walls. With the Turks rampant across Asia, the Emperor has sent to the west for mercenaries to reinforce his position. He gets more than he bargained for, however, when a great army, tens of thousands strong, appear before the gates. The first crusaders have arrived, intent on making their fortunes in war, and they have no allegiance to an empire they eye with jealousy and suspicion. As the armies of east and west confront each other, and the assassin creeps ever closer to his prey, Demetrios must untangle the golden web of intrigue which surrounds the Emperor before the city - and the empire - are drowned in blood. A gripping historical epic that transports the reader back to an eventful and exhilarating era: the violence and intrigue of the Middle Ages. 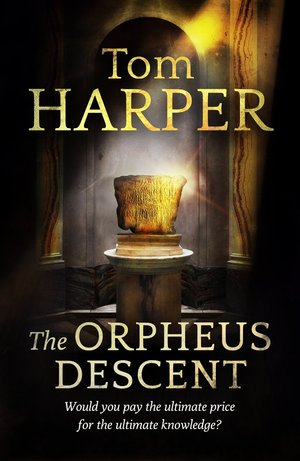 Tom Harper - The ​Orpheus Descent
Would ​you pay the ultimate price for the ultimate knowledge? I have never written down the answers to the deepest mysteries, nor will I ever... The philosopher Plato wrote these words more than two thousand years ago, following a perilous voyage to Italy -- an experience about which he never spoke again, but from which he emerged the greatest thinker in all of human history. Today, twelve golden tablets sit in museums around the world, each created by unknown hands and buried in ancient times, and each providing the dead with the route to the afterlife. Archaeologist Lily Barnes, working on a dig in southern Italy, has just found another. But this tablet names the location to the mouth of hell itself. And then Lily vanishes. Has she walked out on her job, her marriage, and her life -- or has something more sinister happened? Her husband, Jonah, is desperate to find her. But no one can help him: not the police and not the secretive foundation that sponsored her dig. All Jonah has is belief, and a determination to do whatever it takes to get Lily back. But like Plato before him, Jonah will discover the journey ahead is mysterious and dark and fraught with danger. And not everyone who travels to the hidden place where Lily has gone can return. 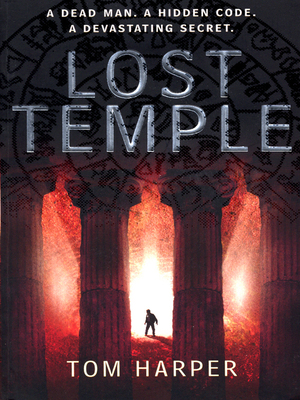 Tom Harper - The ​Lost Temple
For ​three thousand years, the world's most dangerous treasure has been lost. Now the code that reveals its hiding place is about to be broken ... Sam Grant is a disgraced ex-SOE soldier and an adventurer by trade. But he has a secret: six years ago, a dying archaeologist entrusted him with his life's work - transcripts of mysterious writing found in a hidden cave on Crete. Deciphered, it could lead to one of the greatest prizes in history.But the treasure is as dangerous as it is valuable. The CIA wants it; so does the KGB.Helped by a brilliant Oxford professor, and a beautiful Greek archaeologist with her own secrets to hide, Grant is plunged into a labyrinth of ancient cults, forgotten mysteries and lost civilizations.But time is running out. The secrets of the distant past may hold the key to the newest threats of the modern world... 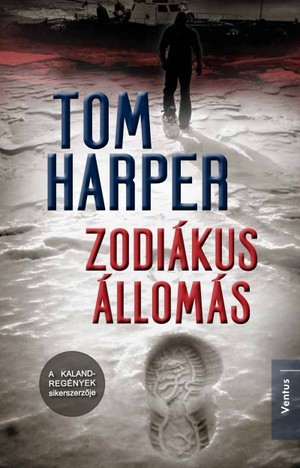 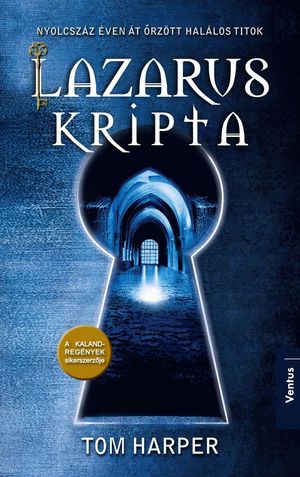 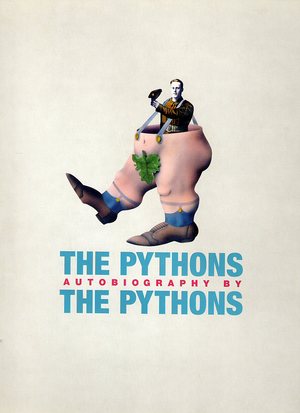 The ​Pythons Autobiography by the Pythons