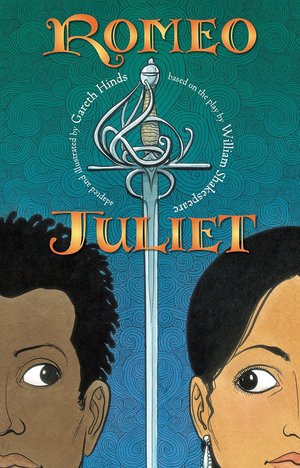 Gareth Hinds - William Shakespeare - Romeo ​and Juliet
Gareth ​Hinds’s stylish graphic adaptation of the Bard’s romantic tragedy offers modern touches — including a diverse cast that underscores the story’s universality. She’s a Capulet. He’s a Montague. But when Romeo and Juliet first meet, they don’t know they’re from rival families — and when they find out, they don’t care. Their love is honest and raw and all consuming.But it’s also dangerous. How much will they have to sacrifice before they can be together?In a masterful adaptation faithful to Shakespeare’s original text, Gareth Hinds transports readers to the sun-washed streets and market squares of Shakespeare’s Verona, vividly bringing the classic play to life on the printed page. 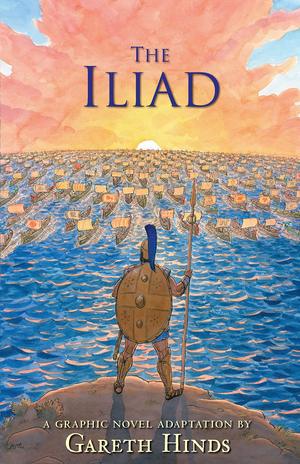 Gareth Hinds - The ​Iliad
Sing ​to me, O Muse, of the rage of Achilles… A crisis point in the Trojan War – Achilles, a hero of the Greeks and leader of the ferocious Myrmidons, smolders in anger against Agamemnon, the most powerful of the Greek leaders. As long as Achilles refuses to fight, the Greeks are destined to fail, pushed back ever further from the stronghold city of Troy by Hector and Paris’ Trojan army. Above the fighting on Mount Olympus, the gods watch on, each allied to a different warrior and each willing to extend the hand of divine intervention to ensure their success… Battle, glory, pride, death, and revenge take center stage in this classic epic retold by Gareth Hinds in his inimitable graphic style. 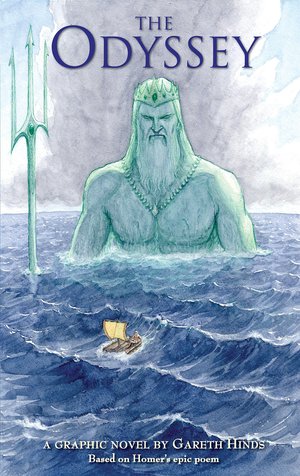 Gareth Hinds - The ​Odyssey
Fresh ​from his triumphs in the Trojan War, Odysseus, King of Ithaca, wants nothing more than to return home to his family. Instead, he offends the sea god Poseidon, who dooms him too long years of shipwreck and wandering. In his efforts to get home, Odysseus must battle man-eating monsters, violent storms, and the supernatural seductions of sirens and sorceresses. He will need all his strength and cunning - and a little help from Mount Olympus - to make his way home once more and seize back his kingdom from the scheming suitors who seek to wed his queen and usurp his throne. Award-winning graphic artist Gareth Hinds masterfully reinterprets a story of heroism, adventure, and high action that has been told and retold for over 2,500 years... 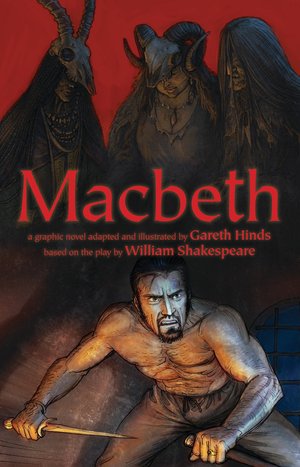 Gareth Hinds - William Shakespeare - Macbeth
Shakespeare's ​classic story of dark ambition, madness, and murder springs to life in a masterful new graphic novel by Gareth Hinds. Set against the moody backdrop of eleventh-century Scotland, Gareth Hinds’s captivating, richly illustrated interpretation takes readers into the claustrophobic mind of a man driven mad by ambition. An evil seed takes root in the mind of Macbeth, a general in the king’s army, when three witches tell him he will one day be king. At the urging of his wife, he resolves to take the throne by the most direct path: a dagger in the heart of King Duncan. But “blood will have blood,” and when others grow suspicious of his sudden rise to power, is Macbeth prepared to commit more murders to keep the crown? 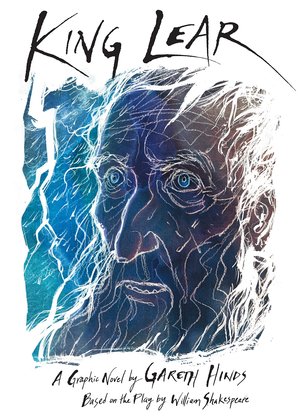 Gareth Hinds - William Shakespeare - King ​Lear
A ​taut adaptation of Shakespeare’s masterwork by Gareth Hinds — the standard-bearer of graphic-novel retellings of literary classics. In a graceful adaptation, Gareth Hinds transforms Shakespeare’s timeless tale of pride and defiance, loyalty and ambition, betrayal and revenge into graphic-novel format, packing it with visual drama and providing accessible notes. This artful edition — like an extraordinary stage performance — offers a striking new perspective on one of the most powerful and beloved tragedies in the English language. Incorporating excerpts from the bard’s own language, Gareth Hinds’s inventive format opens the experience of King Lear to students and fans of graphic literature. 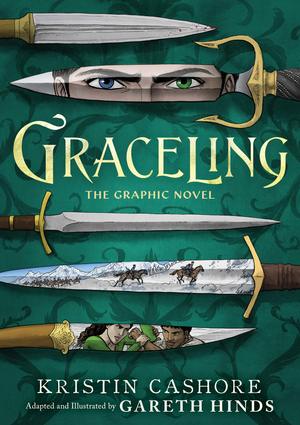 Kristin Cashore - Gareth Hinds - Graceling: ​The Graphic Novel
The ​beloved New York Times best-selling YA fantasy by Kristin Cashore is now available as a graphic novel, with stunning illustrations by award-winning artist Gareth Hinds. Katsa is a Graceling, one of the rare people born with an extreme skill. As niece of the king, she lived a life of privilege until the day her ability to kill a man with her bare hands revealed itself during a royal banquet. Now she acts as her uncle’s enforcer, traveling the kingdom and threatening those who dare oppose him. But everything changes when she meets Po, a foreign prince Graced with combat skills who is searching for the truth about his grandfather’s disappearance. When Katsa agrees to help him, she never expects to learn a new truth about her own Grace—or about a terrible secret that could destroy them all. With "gorgeous storytelling" (School Library Journal, starred review) and characters "crafted with meticulous devotion" (Kirkus Reviews, starred review), Graceling is a beloved classic that has continued to resonate with readers for over a decade. 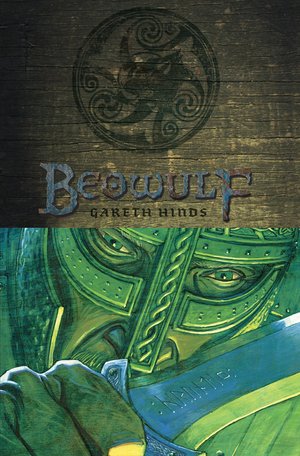 Gareth Hinds - Beowulf
This ​exhilarating graphic-novel edition of an ancient classic honors the spirit of the original as it attracts modern readers. The epic tale of the great warrior Beowulf has thrilled readers through the ages — and has been reinvented for a new generation with Gareth Hinds’s masterful illustrations. Grendel’s black blood runs thick as Beowulf defeats the monster and his hideous mother, while somber hues overcast the hero’s final, fatal battle against a raging dragon. Speeches filled with courage and sadness, lightning-paced contests of muscle and will, and funeral boats burning on the fjords are all rendered in glorious and gruesome detail. Told for more than a thousand years, Beowulf’s heroic saga finds a true home in this graphic-novel edition. 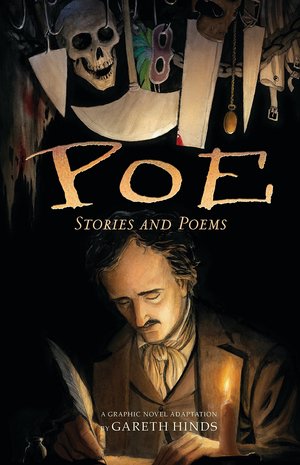 Gareth Hinds - Poe
In ​a thrilling adaptation of Edgar Allan Poe’s best-known works, acclaimed artist-adapter Gareth Hinds translates Poe's dark genius into graphic-novel format. It is true that I am nervous. But why will you say that I am mad? In “The Cask of Amontillado,” a man exacts revenge on a disloyal friend at carnival, luring him into catacombs below the city. In “The Masque of the Red Death,” a prince shielding himself from plague hosts a doomed party inside his abbey stronghold. A prisoner of the Spanish Inquisition, faced with a swinging blade and swarming rats, can’t see his tormentors in “The Pit and the Pendulum,” and in “The Tell-Tale Heart,” a milky eye and a deafening heartbeat reveal the effects of conscience and creeping madness. Alongside these tales are visual interpretations of three poems — “The Raven,” “The Bells,” and Poe’s poignant elegy to lost love, “Annabel Lee.” The seven concise graphic narratives, keyed to thematic icons, amplify and honor the timeless legacy of a master of gothic horror. 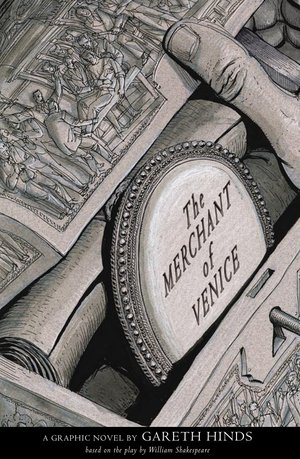 Gareth Hinds - William Shakespeare - The ​Merchant of Venice
With ​elegant, contemporary artwork and a faithful but succinct adaptation, this graphic novel casts a classic drama in a provocative new light. Here is the tale of young Bassanio, who, to win the love of fair Portia, entangles his dearest friend, Antonio, in a dangerous bargain with the moneylender Shylock. Only Bassanio’s heartfelt efforts — and a clever intervention by Portia — will save Antonio from paying Shylock "a pound of flesh." Moody and mesmerizing, this graphic novel adaptation of one of Shakespeare’s more controversial plays boasts a chic modern cast, high drama, and all the dark, familiar beauty of Venice. 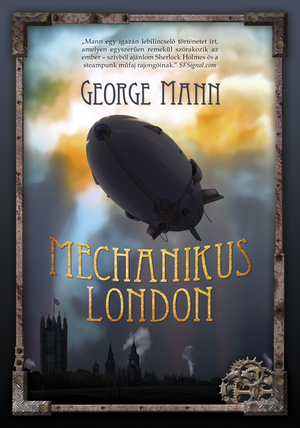