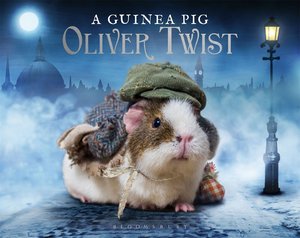 Charles Dickens - Alex Goodwin - Tess Newall - A ​Guinea Pig Oliver Twist
From ​the roly-poly guinea pigs who brought you A Guinea Pig Nativity and A Guinea Pig Pride & Prejudicecomes this adorable adaptation of Dickens' beloved novel Oliver Twist! We’ve admired guinea pigs in bonnets edged with delicate lace and dapper top hats in A Guinea Pig Pride & Prejudice, swooning over the love between Elizabeth Bennet and Mr. Darcy. We’ve oohed and ahhed over guinea pigs in the sweet, hay-filled manger in A Guinea Pig Nativity. Now, in A Guinea Pig Oliver Twist, we’ll delight in the adorable little pigs with expressive eyes dressed in the tattered rags of street urchins and orphans that roamed the streets in gritty 19th-century London. At only nine years old, Oliver Twist is transferred from an orphanage to a workhouse for adults. He is sold to an undertaker as an apprentice, and finally escapes to London, where he joins a gang of pickpocketing street urchins led by Fagin, an older criminal. But young Oliver isn't made for a life of crime, and is upset when his compatriots steal an elderly gentleman's handkerchief. Mr. Brownlow, the owner of the handkerchief, senses Oliver's true nature and takes him in, but the band of thieves won't let Oliver live a straight and narrow life; they kidnap him and drag him back into a life on the street. Forced to assist in a burglary, Oliver is shot and again taken in by the victims of the crime. One of the women, it turns out, is his aunt, and once Mr. Brownlow formally adopts Oliver, they all begin a blissful life in the country. This compact little book is illustrated by dozens of photographs of our favorite guinea pig actors and actresses. 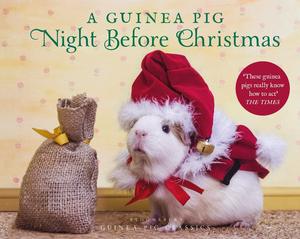 Clement Clarke Moore - Tess Newall - A ​Guinea Pig Night Before Christmas
''Twas ​the night before Christmas, when all through the house, Not a creature was stirring, not even a mouse" But sit down by the fire with some chocolates to hand, And you'll be welcomed into a magical land. There is snow and some moonlight; St Nick in his sleigh; There are reindeer and elves, and guinea pigs! Hooray! This classic Christmas poem, now told by guinea pigs, Will surely delight all with their costumes and wigs. For nothing's more charming than a pig in a hat, Especially a Christmas one, that's just a fact. 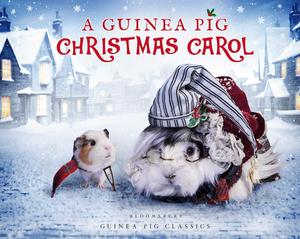 Charles Dickens - Alex Goodwin - Tess Newall - A ​Guinea Pig Christmas Carol
The ​ultimate and timeless Christmas story, with cuddly guinea pigs in the starring roles! Miserable to the core and wholly unwilling to extend a paw to help those in desperate need, the miserly Ebenezer Scrooge says "bah, Humbug!" to the festive season. But one night he is visited by three Christmas Spirits who take him on a journey through time, so he can see the error of his ways and learn the true meaning of Christmas. This is Charles Dickens's joyful Christmas tale, retold in an entirely new way. 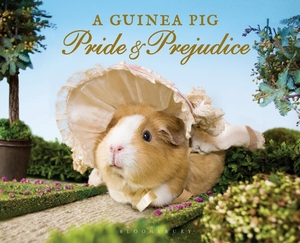 Jane Austen - Alex Goodwin - Tess Newall - Tess Gammell - A ​Guinea Pig Pride & Prejudice
It ​is a truth universally acknowledged, that a single man in possession of a good fortune must be in want of a wife. And Mrs Bennet has five unmarried daughters in want of husbands. Life is fairly uneventful until a promising young man, Mr Bingley, takes the nearby estate of Netherfield Park. And with him comes a handsome friend, whom the ladies see brooding in the corner at the next ball. The dashing Mr Darcy gains the admiration of every lady in the room, until, that is, he refuses to dance with Elizabeth Bennet. As time passes and their acquaintance grows, however, Mr Darcy begins to find Elizabeth's face rendered uncommonly intelligent by the beautiful expression of her dark eyes... Here is a brand new abridgement of the classic Jane Austen novel - this time with a cute, humble and handsome cast of guinea pigs in the starring roles. It's even more dreamy to fall in love with a furry Mr Darcy. 'This may be the definitive version of Pride and Prejudice. If they could get War and Peace down to this length, it would be a service to mankind' Salman Rushdie 'If you're anything like me, you had no idea how much the world needed a furry rodent reenactment of Lizzie and Darcy's love story until one existed' Melissa Albert 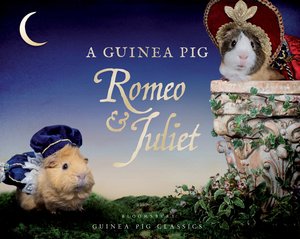 William Shakespeare - Alex Goodwin - Tess Newall - A ​Guinea Pig Romeo & Juliet
A ​charming retelling of Shakespeare's beloved tragedy, brought to you by the cuddly stars of A Guinea Pig Pride & Prejudice. A Guinea Pig Romeo & Juliet tells the tragic tale of two star-crossed guinea pigs who fall in love at first nose twitch. When Romeo and Juliet meet in a crowded ballroom, they don't realize that their families are sworn enemies. Later that night, Romeo overhears Juliet declaring her love for him from her balcony, and the two hatch a plan to marry and escape. But their great romance is ruined by the family rivalry, which tears them apart and leads to their tragic demise. Portrayed with great heart by a darling cast of guinea pigs in adorable period costumes, A Guinea Pig Romeo & Juliet is Shakespeare as you've never seen him before. 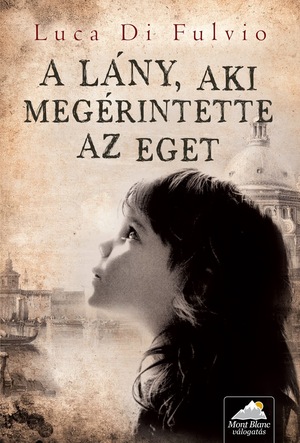