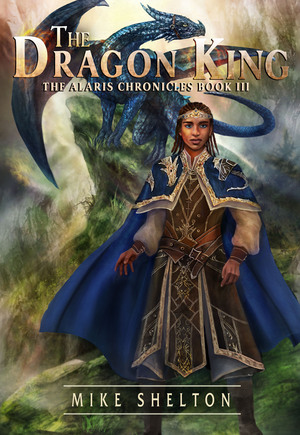 Mike Shelton - The ​Dragon King
Evil ​is spreading across the Western Continent. One by one, kingdom, king, and wizard are falling under its influence. Dragon King Bakari, Battlemaster Alli, and High Wizard Roland are now powerful leaders in their own right. Differing missions and responsibilities have separated them; Bakari flies north to find the last Dragon Rider, Alli goes south to find the source of the evil, and Roland, leader of the Citadel, finds himself stuck in the magic stream without his body. The Dragon King and his riders always emerge in times of great need – but will their powers be enough? Or will they succumb to the temptations of evil? Each wizard and Rider will be tested – not all of them will pass. 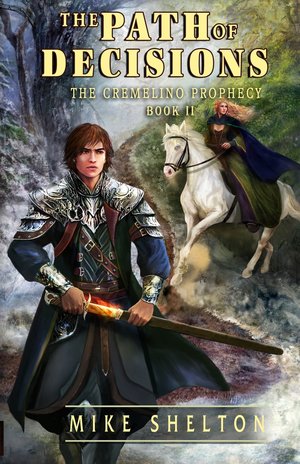 The ​Path of Decisions Mike Shelton
0

Mike Shelton - The ​Path of Decisions
Powerful ​wizards, magic swords, enchanted horses, and old and new friends each try and shape the destiny of Darius in the second book of The Cremelino Prophecy. “Forgotten lines of ancient magic and the power of the throne. One will make them both his own if his heart sees the true power. He will bring light to fight darkness and love to fight hate if he reaches into the power of his heart...” In the second book of this young adult/teen fantasy series, Darius San Williams, now the first commander of the King’s Elite Army struggles with his emerging and ancient powers. After winning his first battle against external foes, he must decide now to follow the King or to take matters in his own hands. Back in Anikari Christine wrestles with how to confront oppression against her people, while in Belor, Kelln must escape the clutches of an evil wizard and warn Darius. Mezar, the captured Gildanian quietly watches everything closely and harbors a secret of his own. Each of their decisions will determine the fate and destiny of their friendship and their kingdom. 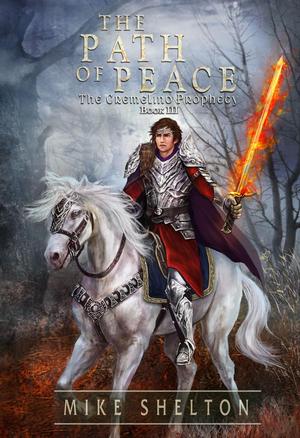 The ​Path Of Peace Mike Shelton
0

Mike Shelton - The ​Path Of Peace
AMAZON ​Best Seller: Growing magic, a powerful sword, and new friends help Darius race against time to finally establish peace in the third book of The Cremelino Prophecy. “Forgotten lines of ancient magic and the power of the throne. One will make them both his own if his heart sees the true power. He will bring light to fight darkness and love to fight hate if he reaches into the power of his heart. He will find new allies, turn enemy to friend, and find the binding of all power on the path of peace . . .” In the conclusion of this magical Young Adult/Teen fantasy trilogy Darius DarSan Williams, newly crowned King of the Realm, is being pushed and tested on all sides by others vying for power. His best friend Kelln is in Mar trying to find the escaped Preacher and his daughter, while Mezar discovers a plot in Gildan that could tear the Realm apart, and put Christine in danger. All are being watched over and guided by the mysterious Cremelino horses. They hold one final magical secret that could help Darius save those he loves and find the path of peace. 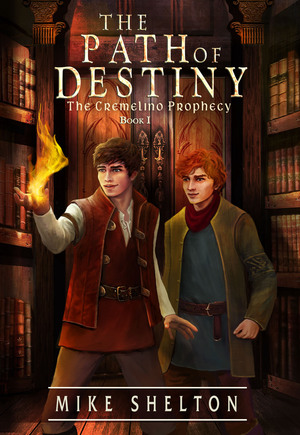 The ​Path Of Destiny Mike Shelton
0

Mike Shelton - The ​Path Of Destiny
A ​powerful sword, wizards, magic, lost love, and revenge against nobility. These are just a few of the struggles Darius faces in the first book of The Cremelino Prophecy. A prophecy that could be about him. "Forgotten lines of ancient magic and the power of the throne. One will make them both his own if his heart sees the true power. . . " so begins The Cremelino Prophecy In this new Young Adult/Teen sword and sorcery fantasy series, Darius San Williams, son of one of King Edward's councilors, cares little for his father's politics and vows to leave the city of Anikari to protect and bring glory to the Realm. But when a new-found and ancient power emerges from within him, he and his friends Christine and Kelln are faced with decisions that could shatter or fulfill the prophecy and the lives of all those they know. Wizards and magic have long been looked down upon in the Realm, but Darius learns that no matter where he goes, prophecy and destiny are waiting to find him. 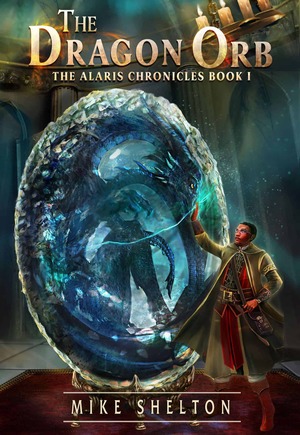 Mike Shelton - The ​Dragon Orb
The ​fate of a kingdom rests on the shoulders of three young wizards who couldn't be more different. Bakari is a brilliant scholar wizard who's more at home in a library than a battlefield. Alli is a beautiful young battle wizard whose grace in battle is both enchanting and deadly. Roland is a counselor wizard with a seemingly limitless depth of untapped power -- and the ego to match it. As the magical barrier protecting the kingdom of Alaris from dangerous outsiders begins to fail, and a fomenting rebellion threatens to divide the country in a civil war, the three wizards are thrust into the middle of a power struggle. When the barrier comes down, the truth comes out. Was everything they were taught about their kingdom based on a lie? Will they all choose to fight on the same side, or end up enemies in the battle over who should rule Alaris? 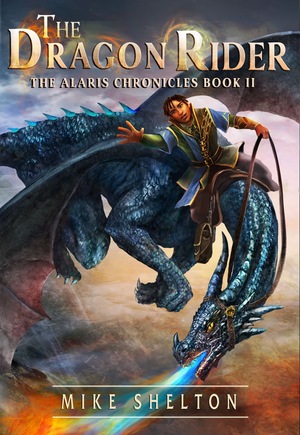 Mike Shelton - The ​Dragon Rider
The ​barrier is down, war is brewing and dragons fill the skies once more. Bakari is the first dragon rider in centuries but he alone cannot subdue the growing tensions among the kingdoms around Alaris. He begins a quest to find more dragon riders -- the only way to secure peace in the fractured lands around him. In this second book of the Alaris Chronicles everyone is forced to choose sides in the battle for the governance of Alaris. Roland Tyre seizes control of the Citadel and carefully plays both sides -- but his immense charm and considerable wizard powers may prove useless against a deadly and hidden enemy. Battle Wizard Alli Stenos is in the thick of every fight she can find and only wants to secure an end to the violence. The three young wizards, Bakari, Roland and Alli have become more powerful than many of their elders. But will that be enough to keep Alaris, and the surrounding kingdoms, from descending into all out war? 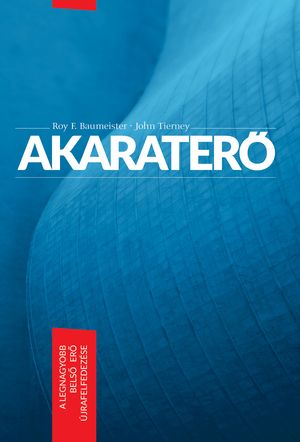