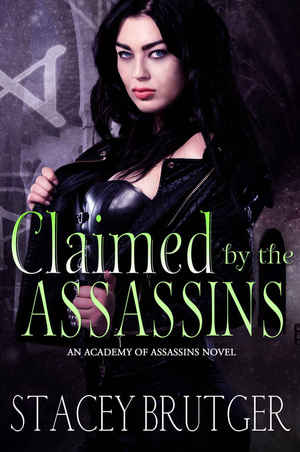 Claimed ​by the Assassins Stacey Brutger
0

Stacey Brutger - Claimed ​by the Assassins
SECRETS ​THREATEN TO DESTROY THE ACADEMY. IF THE ASSASSINS CAN’T WORK TOGETHER, THE ACADEMY WILL FALL AND CHAOS WILL REIGN.The assassins have their hands full chasing down the creatures who’ve fled to the human world. Too bad Morgan has been consigned to the schoolroom, too valuable as the future heir to the crown to be risked. Not one to kick up her heels and do nothing, Morgan is determined to find out how to control her powers so she can protect what is hers…even if she has to sneak behind her team’s backs to do so.But what should’ve been a time to settle down with her mates turns deadly when secrets are exposed. Morgan is furious, but determined to fight for the chance to have a future with her men…even if she must challenge the sea queen to prove her claim on Draven.The sea queen is vicious and will do whatever is necessary to get what she wants…and she wants Draven. There is always a price to pay for defying the queen, but her mates refuse to let Morgan pay the price alone.When a deal is struck, Morgan and her team must survive the next three days of being hunted by the queen’s mightiest champions. If she fails, she and her mates will die, and Draven will be forced into a life of slavery for all eternity. 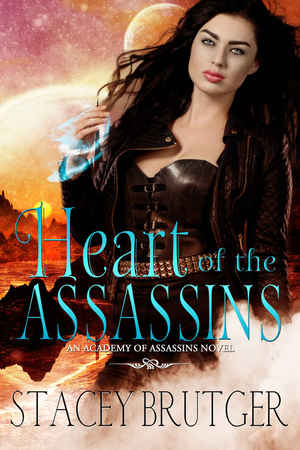 Heart ​of the Assassins Stacey Brutger
0

Stacey Brutger - Heart ​of the Assassins
A ​PLAGUE UNLEASHED ON THE PRIMORDIAL REALM THREATENS THE SURVIVAL OF THE SUPERNATURAL RACE. ONLY THE ACADEMY OF ASSASSINS CAN PREVENT THE RACE’S DESTRUCTION…AND THEIR OWN. Morgan has been banned from hunting until she learns to control her powers and her impulsive nature. Her team is so focused on her training, she feels more alone and alienated than ever. She must make the heartbreaking decision to stay and fight for the men who mean everything to her or turn her back on the Academy to survive. But the choice is taken from her when the Academy is viciously attacked, and Morgan is abducted and dumped into the Primordial Realm. Abandoned and unable to get back to the Academy, Morgan must take a crash course in survival in this alien world. As she investigates the deadly mist sweeping through the Realm, she is horrified to discover that her team has followed her, determined to earn back her trust. With their lives in danger, Morgan will do whatever it takes to save them, even if it means entering Tartarus and uncovering the secrets of the forgotten gods. With the cure in hand, they must defeat monsters from myths and legends—and their worst nightmares—and escape the gates of hell, or risk becoming forever trapped and forced to watch the destruction of their world. 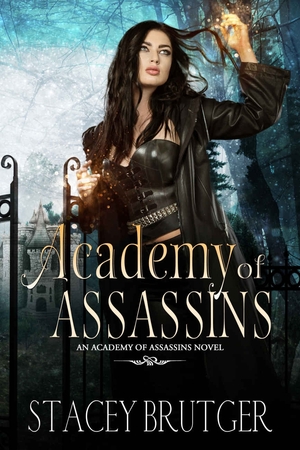 Stacey Brutger - Academy ​of Assassins
ONLY ​ONE THING STANDS BETWEEN HUMANS AND THE DEADLY SUPERNATURAL WORLD…THE ACADEMY OF ASSASSINS. Abandoned as a child and unable to remember her past, Morgan was raised as a hunter, one of an elite group of fighters sworn to protect humans from the dangerous paranormal creatures who invade our world…creatures such as herself. Her life changes the day she’s summoned to the Academy of Assassins, a school that trains witches and hunters to eradicate paranormals who prey on humans. Her first assignment—find and eliminate the killer who is using the Academy as their own personal hunting ground. As Morgan delves deeper into the investigation, she will need to dodge assassination attempts, avoid the distraction of romantic entanglements with the devilishly handsome security expert, Kincade, and his maddeningly overprotective teammates, while keeping the volatile magic in her blood concealed from those who would use it for their own purposes. When the danger increases and the school is threatened, Morgan must unearth her missing memories before someone finishes the job they started so long ago—killing her and unleashing a plague that will consume the world. 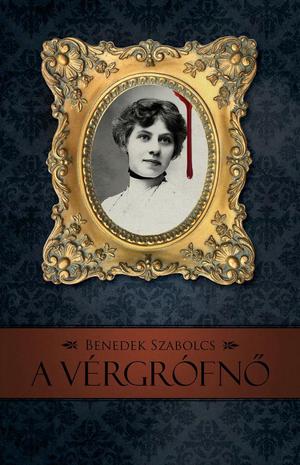